Álex Márquez: "Not having a voice in the project has hurt me"

The Cervera rider explains his frustrations about the Honda and outlines his reasons for changing scenery in 2023, where he will test the coveted Ducati 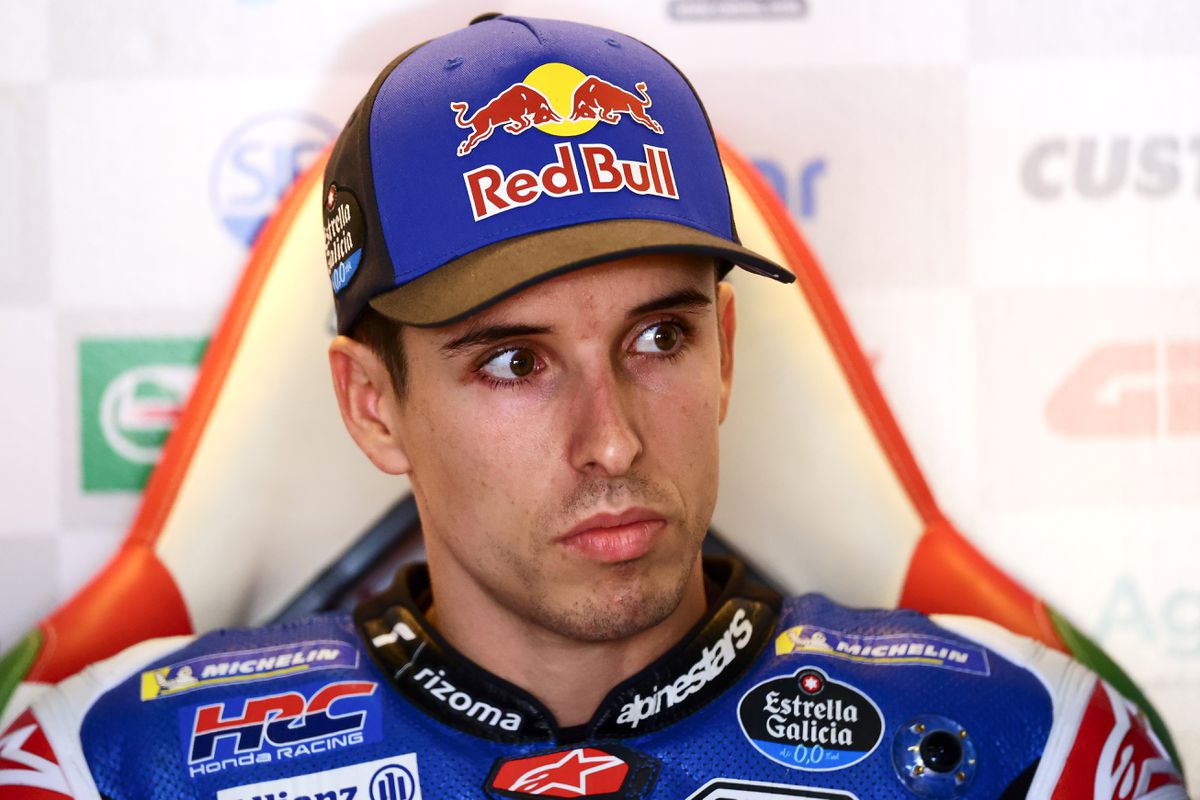 Álex Márquez has always been treated as the "brother of", although his track record reflects a career full of merits of his own.

Moto3 and Moto2 world champion – like Marc – the 26-year-old rider from Cervera, is going through one of his worst moments in the World Championship.

He already knew this when he embarked on the queen category adventure with the Repsol team, in 2020, just before the outbreak of a pandemic that made things even more complicated.

"They treated me crazy for going to Honda, the world champion motorcycle, but also a motorcycle that ended Jorge Lorenzo's sports career and Dani Pedrosa choked in his last years," he recalls to EL PAÍS during the frenetic tour Asian MotoGP.

He hoped to find success with the Japanese factory, but many things went wrong along the way.

The youngest of the family of champions intended to make a name for himself among the best drivers on the planet, but one of the worst seasons in memory for the Hamamatsu brand has made him rethink his way.

"There comes a time when as a rider you have to look for new motivations," he explains about his signing with Ducati, the most coveted bike on the grid.

“I just want to prove to myself that I am capable of competing.

I know that it is a bike that works, with which many riders go fast, and therefore everything will depend on me and how I work”.

After scoring two podium finishes with the factory team in his debut year in the top category, Álex was demoted to LCR, the manufacturer's satellite structure.

It was not a problem to fit that, but rather to realize that his opinion did not count in Japan.

“Not having a voice in the project, not feeling heard, has hurt me.

I have noticed that the support from Honda has not been the same”, he assures.

"There are decisions that I have not liked and, due to my character, I have not been able to accept either," he adds.

He's not the only one packing Honda.

Pol Espargaró had an offer to continue on the table, but he decided to start over with GASGAS.

"I want a bike with which I know I can be fast, and know the people around me to have everything I need to be able to perform well" argued the man from Granollers.

Honda, and Japanese manufacturers in general –Suzuki throws in the towel at the end of the course and Yamaha lives off the phenomenon Fabio Quartararo–, has been overtaken by the Europeans without the reference of Marc Márquez, the only rider capable of taking advantage of his beast indomitable.

The four operations of the eighth world champion have left the team blind.

Even having been out for three months, the 93 is still the driver of the brand with the most points in the table.

In his second test after his long convalescence, still far from his best physical condition, he signed a pole position on Saturday and a fourth place in the Japanese GP ahead of the four rivals fighting this year for the title.

“The only one who manages to be regular is Marc. I was there, Lorenzo, Pol, Pedrosa… we have all had the same problems and the same tendency,

and I think that is no coincidence”, analyzes his brother, who finished 13th in the race.

"They know they can't depend on Marc for everything, and they have to get their act together, but it's a war that I no longer wage."

From the inside, it is difficult to say what has been done well or badly: “It is simply that the others have done it better.

I think it's a problem of organization, of priorities.

The most difficult thing to understand is that with fewer resources they have done much better”.

Álex visited Japan last weekend for the second time since he signed for Honda.

The covid-19 finished blocking the processes of the factory, and there, even today, there is a lot of precaution regarding the virus: masks, protectors in restaurants and strict protocols for entering the country: “The Japan-Europe link is not simple, and I think a lot of information has been lost.”

Although he hasn't been able to visit them as much as he'd like, he feels the auto giant's capabilities are hidden somewhere.

"They just have to play the right key," he predicts.

Although they will not share a factory next year, the two brothers will continue to share a new life in Madrid.

“I don't want to speak for Marc, but the routine is the same as before.

It is good to have a change of scenery and I am very comfortable here, but we live in a quiet area, with few people, like in Cervera”, she assures.

Both have also changed managers due to the "natural wear and tear of the years", but little else will change according to what they themselves say.

And the secrets about their bikes?

“We already kept some.

At home we hardly talk about motorcycling, we know how to separate the family and the professional”.

Although they throw balls out, there is already speculation about a possible landing of the older brother at the Bologna factory.

"You already know how she's doing, you see her the same way I do on the track," Álex comments between laughs in case he decides to ask her.

Álex Márquez: "Not having a voice in the project has hurt me" 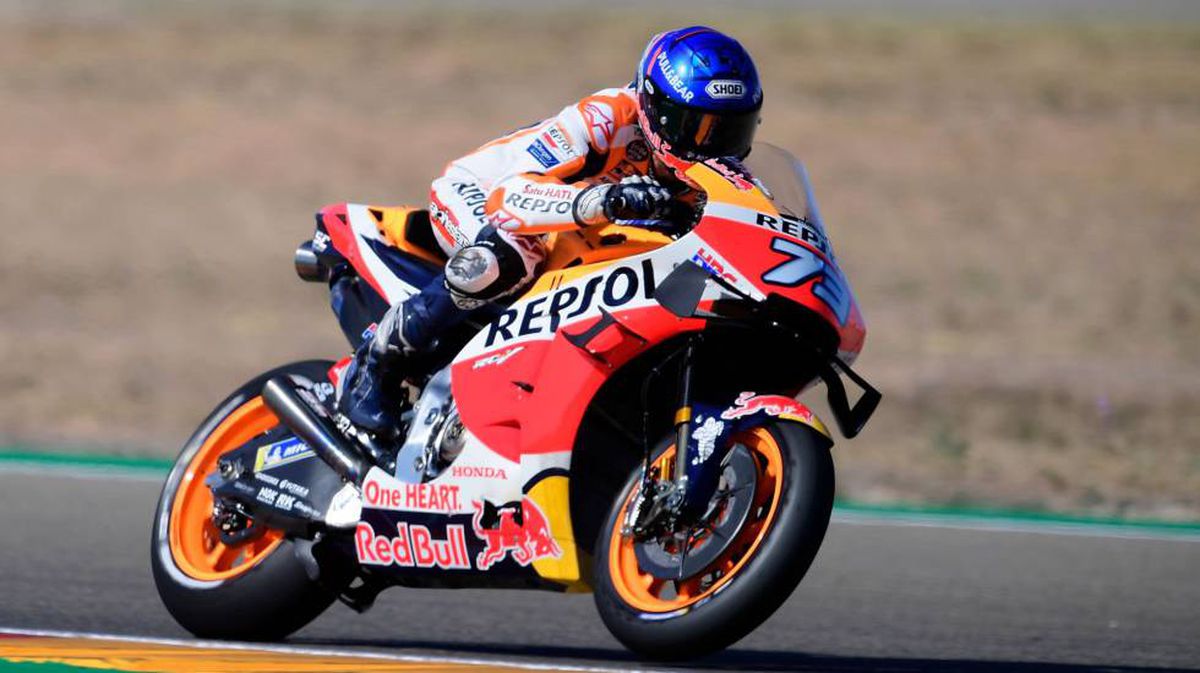 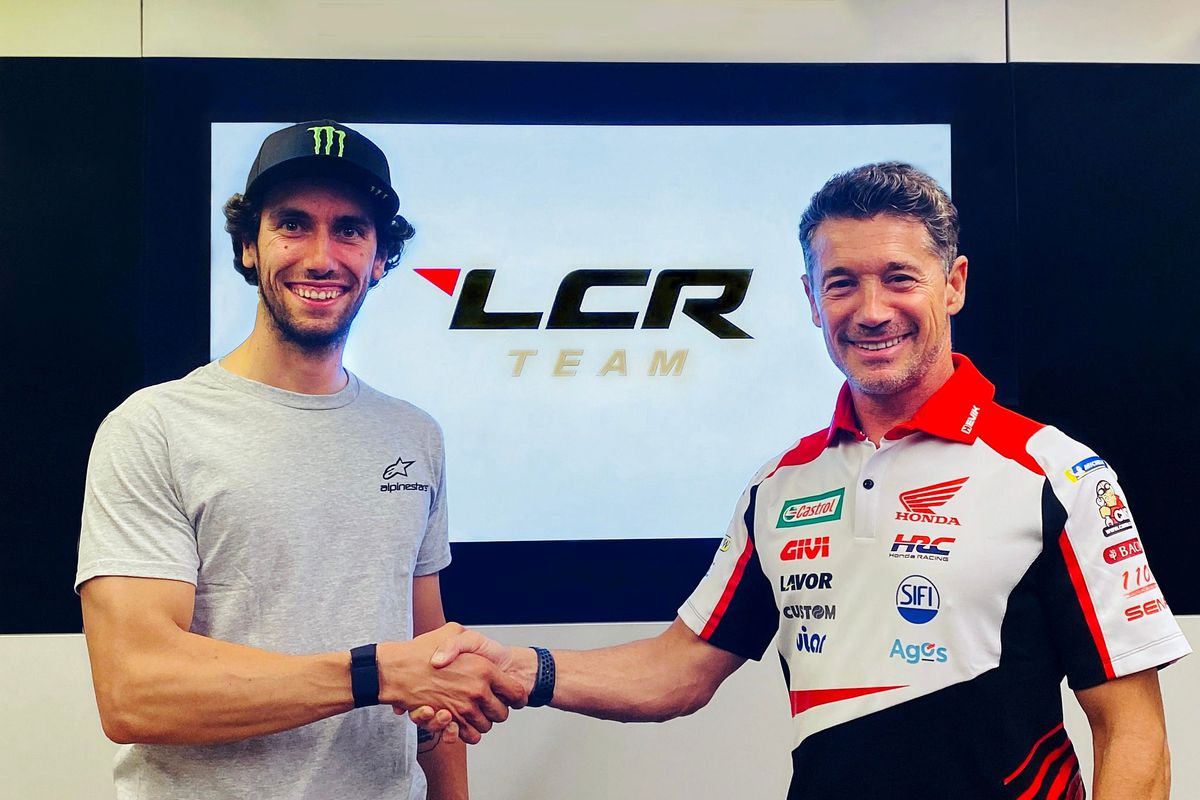 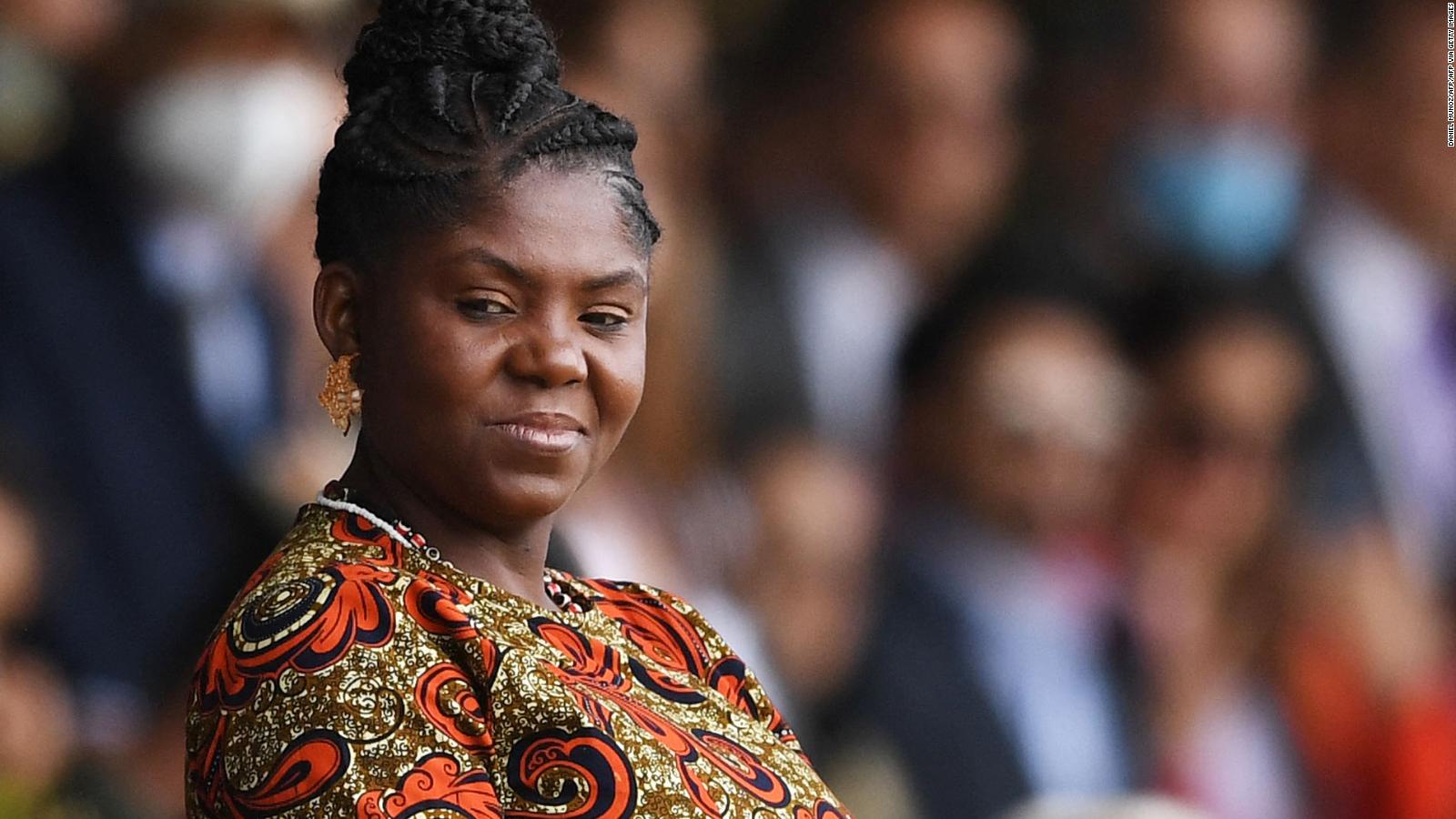 The Vice President of Colombia, Francia Márquez, among the 25 most influential women of 2022 according to the Financial Times 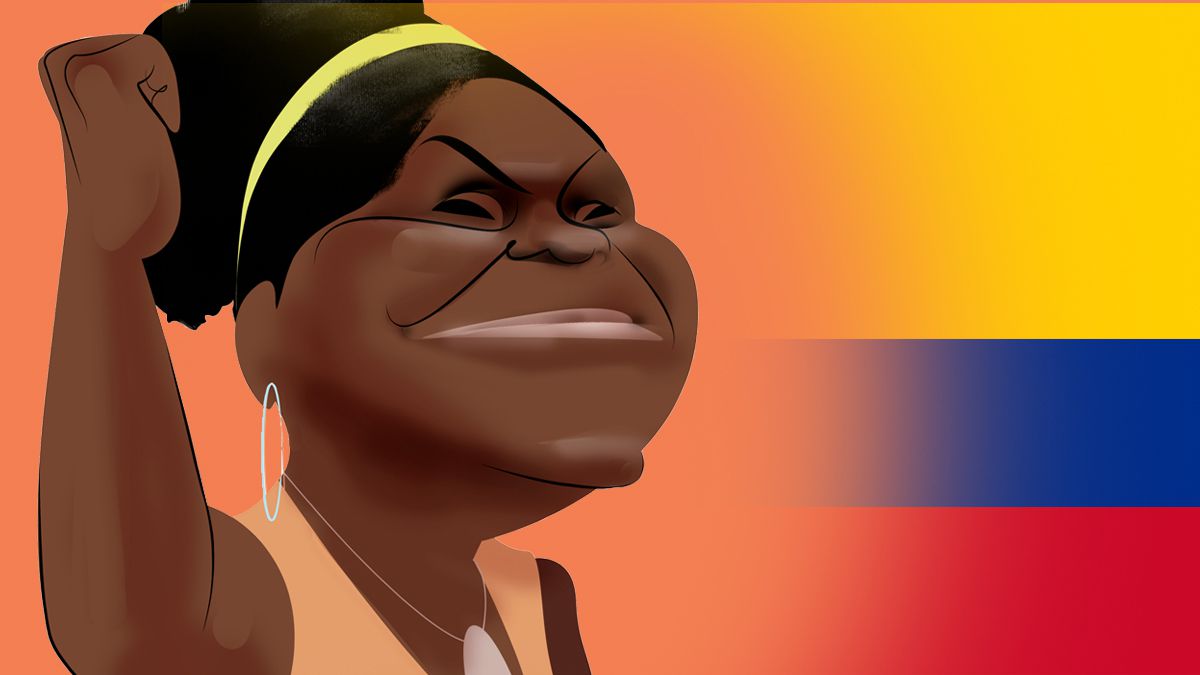 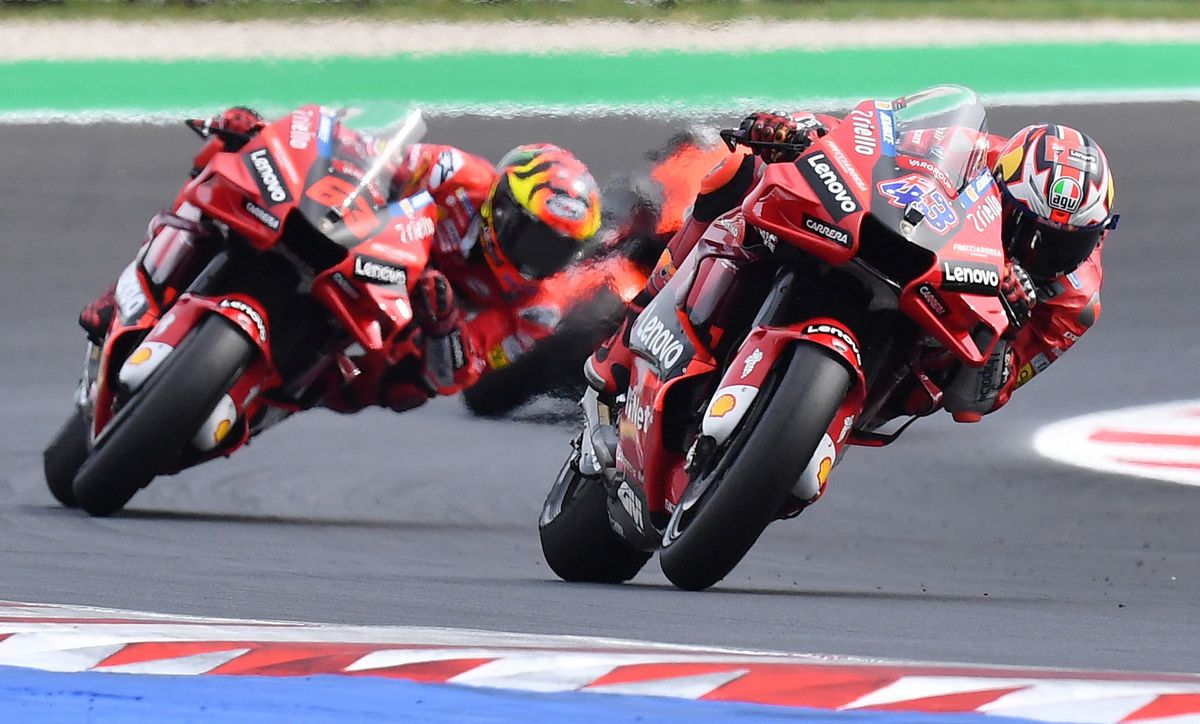 No one can beat Ducati: pole position for Miller and disappointment for Espargaró and Quartararo at the San Marino GP 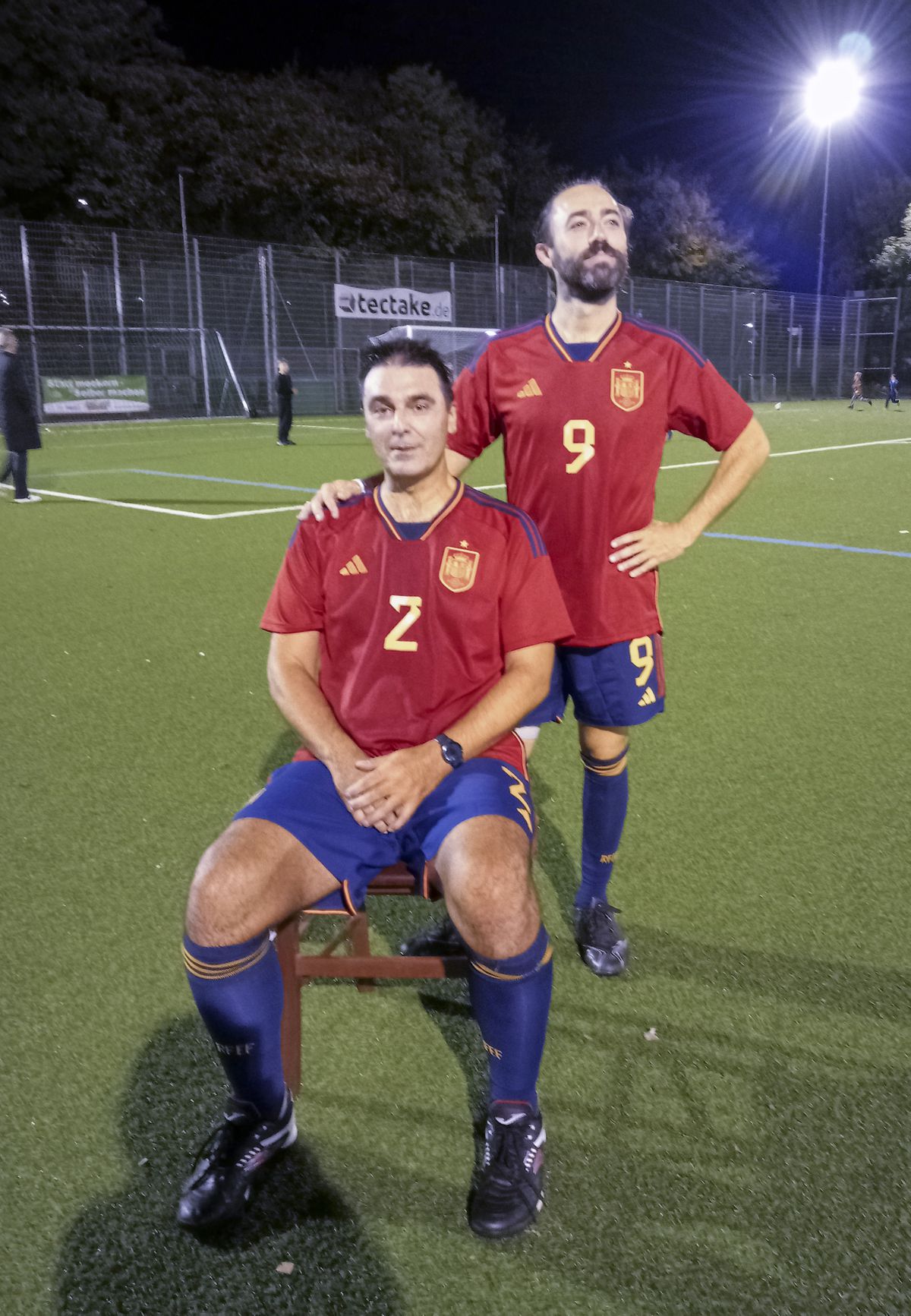