Ivić's dilemma: the classic formation or the formation against Ashdod

The season's game is about to begin: the Maccabi Tel Aviv coach will decide between the offensive formation that defeated Beitar or the defensive formation that dominated against Ashdod. If he chooses the second formation, Yovanovich and Gloch may wait on the bench. Nir Biton has recovered and may start, Yonatan Cohen is expected to be included in the squad

Controversies in Maccabi Tel Aviv ahead of the first game of the season tomorrow against Maccabi Haifa.

According to the practices, Vladan Ivitch is debating between sticking to the team that defeated Beitar Jerusalem on the eve of the national team break and switching to a team similar to the one he started against MS Ashdod away. Maccabi Tel Aviv did not beat Ashdod ' was sent off and Oskar Gloch was on the bench), but she dominated the midfield with three midfielders (Dan Glazer, Dor Peretz and Gabi Kanikovski) and the consideration of the Maccabi Tel Aviv coach is whether to place another defensive force in the midfield at the expense of the offensive part or to go with all faith It is possible to win in Haifa even with Ivić's classic attacking lineup from the beginning of the season.

As far as Nir Biton and Yonatan Cohen are concerned, it seems that both will be in the squad. The former has a good chance to start, the latter is expected to sit on the bench and maybe come up for a few minutes.

Zehavi Yeftah, and which of the two is next to him?

* This will be the 172nd meeting between the teams in the top league.

The balance so far: 49:71 for Maccabi Tel Aviv in victories and another 51 games not decided.

* Maccabi Haifa has beaten Maccabi Tel Aviv only twice in the last 36 league meetings: the big turnaround to 2:3 at home in the round of 16 last season and 0:2 in Netanya in October 2016.

* Maccabi Haifa has yet to finish the first half with a lead this season.

In contrast, Maccabi Tel Aviv had already scored 11 goals before the break and the only goal they conceded in the league was in overtime.

* Omar Atzili participated 14 times in this meeting in all formats (nine times as a Maccabi Haifa player and five in his days at Maccabi Tel Aviv) and has yet to find the back of the net.

* Eran Zahavi scored a hat trick and also scored the last time he met Maccabi Haifa in the league (0:6 in May 2016) and in total he has 10 goals against the greens as a Maccabi Tel Aviv player.

* Vladan Ivic has not yet lost a game in the regular season in Israel (43 wins and 14 draws).

Against Maccabi Haifa he has seven wins and a draw and Barak Becher has also not lost in five meetings (three wins and two draws).

Allegri's plan for Maccabi Haifa: a "lethal trio" in attack, and a change of formation - voila! sport

"Has anyone seen Eran Zahavi?": The Maccabi Tel Aviv star is being killed online - voila! sport

"Up close, you understand why Messi is the best ever." Galtier hints: this is how we will play against Haifa - voila! sport 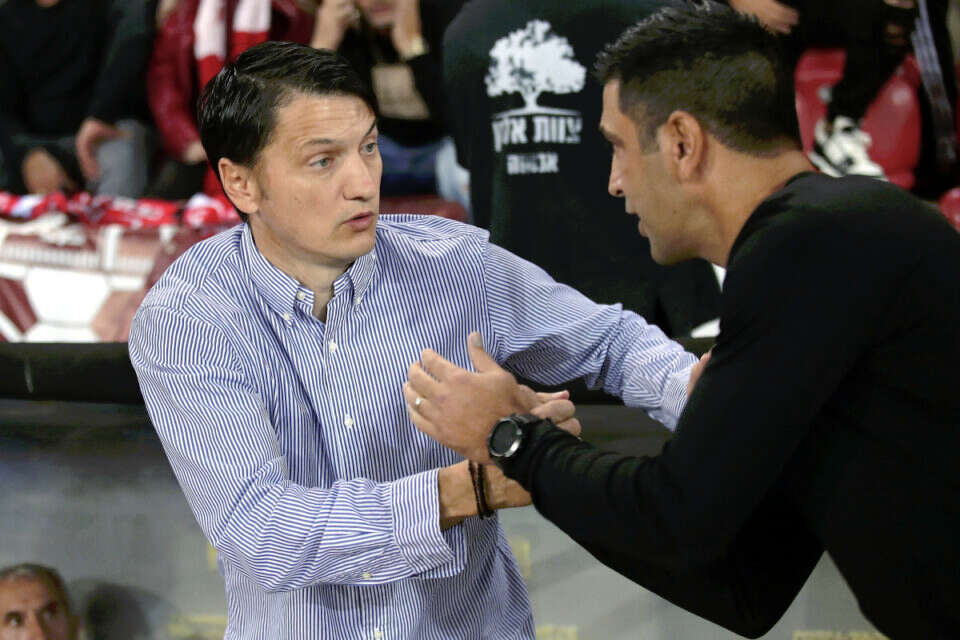 Victory on the lines: the great evening of Eliniv Barda | Israel today