Kahn warns Bayern stars: "We may have been fooled" Created: 09/30/2022, 20:39 By: Marius Epp Oliver Kahn warns the Bayern players at DAZN to concentrate. © IMAGO/Frank Hoermann / SVEN SIMON FC Bayern opens the 8th Bundesliga matchday with the home game against Bayer Leverkusen. We collect here what the protagonists had to say before and after. The voices around the game. Munich – With Bayer L Oliver Kahn warns the Bayern players at DAZN to concentrate.

We collect here what the protagonists had to say before and after.

The voices around the game.

Munich – With Bayer Leverkusen, a tricky opponent awaited FC Bayern at the start of the 8th Bundesliga matchday.

After the messed-up start to the season, the Werkself were under even more pressure than coach Julian Nagelsmann's team.

For both teams, the big question was how they would come out of the international break after recent disappointments in the league.

After all, almost all the stars were traveling with their national teams.

Important players were missing on both sides.

While the hosts had to do without Lucas Hernandez and Kingsley Coman, among others, Bayer Florian Wirtz is still in rehabilitation training after his cruciate ligament tear.

We summarize for you the voices of the game between FC Bayern and Bayer Leverkusen on DAZN and in the press conference.

... the results of the crisis analysis:

"I'm not going to tell all the findings now, otherwise I'll make it a bit easy for the opponent.

In possession we have to move closer together to have better control.

We create a lot of chances.

We have to get into the final third with good control.

I discussed this with the team again.

Before the season we changed a lot.

Since then we almost always play the same basic order.

That was also one of the players' wishes, not to adapt us so much to the opponent."

... the pressure as a Bayern coach:

"It's not pressure that threatens my life.

I really wanted to do this job and would like to do it for many years.

I face every discussion.”

He takes it all to heart, he worries.

Sometimes a tad too much.

You can't deny his commitment."

Gerardo Seoane (Bayer Leverkusen coach) before the game over...

... the game against Bayern:

"Both teams didn't get the results they wanted.

Both teams have great quality.

An important point for us is the exploitation of opportunities.

All teams suffered extremely against Bayern.

You also need that little bit of luck.

We have to use them in a targeted manner.”

FC Bayern – Leverkusen in the live ticker today: Nagelsmann puts Gnabry and Goretzka on the bench

Oliver Kahn (CEO FC Bayern) before the game about ...

“Of course we are not satisfied.

We've had an excellent start to the season.

We may have let that fool us and felt too safe.

It takes a certain amount of time to integrate one or the other player.

We had a lot of chances that we didn't take.

That's a point, but not the only point.

We can still improve on our physique.

Perhaps one or the other thought that the Bundesliga was just a sideline.

That's not the case."

"If you can't think of anything else, it's always the central striker.

We have so much quality.

I am absolutely convinced that Sadio will still show these executioner qualities.

It is not always a question of the executor.

It is also a question of will, of concentration.”

... the exchange with Julian Nagelsmann:

"We were critical of each other.

You can do that with Julian.

He is open to criticism, can absorb that and develop further.

At some point, however, the point has come that everyone has to solve their task in the best possible way.

We don't have to talk all the time, we just have to go out onto the pitch and deliver.

Here and now there is only one goal and that is victory.”

... the departure of CFO Dreesen:

"Jan was at FC Bayern for almost ten years and did an excellent job.

So it's understandable that you sometimes want to do something different.

With Michael Diederich we are looking forward to an absolute top man.

There will be a transition phase, but no major shifts are planned.” Müller and Kimmich positive: Munich's corona wave does not stop at FC Bayern 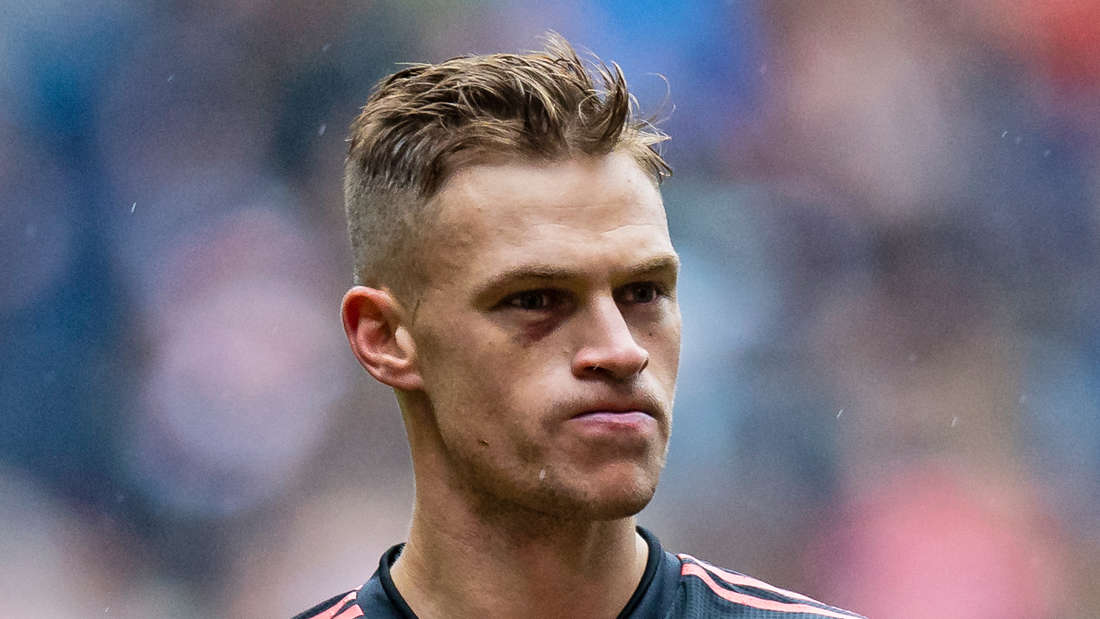