Marta Mangué: “I am number one in Spanish handball”

The Canarian player, who leads the table of games and goals in the national team, analyzes her return to the league after 15 abroad at the age of 39 and reviews her entire career 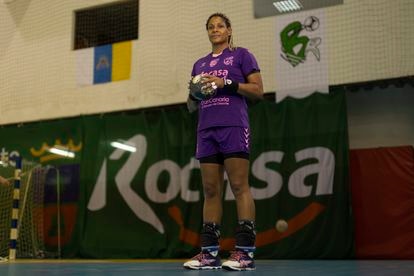 The handball player Marta Mangué, with the Rocasa shirt, this Thursday at the Antonio Moreno pavilion in Gran Canaria.

Marta Mangué (Las Palmas de Gran Canaria, 39 years old) confesses that, four months after her return to the island after 20 years away, she still feels like a foreigner in her own home.

“Everything is new here, I don't know anyone.

It has been like going to another country”, says the Rocasa player today, an absolute reference in modern Spanish women's handball and owner of a resume, for the time being, unattainable with the national team: 301 games and 1,034 goals.

“In terms of figures, I am number one in history.

I already have it all said”, she proclaims directly and concisely, without wanting to expand further on the matter.

It is not necessary for The Panther.

Spain erased her five years ago from its plans, against her will, despite the fact that she continued to compete at the highest level in France and this summer, in her last season dressed in shorts, she returned to the warmth of home to close a difficult trajectory to match.

“If she didn't come back now, she never would.

I have signed for a year, and then I will see if I continue or start as a coach, ”she comments in a videoconference interview with this newspaper.

The main protagonist of a Spain that a decade ago forever earned its own name in the popular imagination (Guerreras) beyond results and contingencies, the Canarian was also one of those pioneers of her sport who launched herself before almost anyone else. border side.

In 2007, she was the second Spanish handball player to sign for a foreign team, after Isabel Ortuño from Alicante in 2004. And she did it, she says, in her own way.

“I had three years left on my contract at Cementos La Unión, we had just won the League and the Cup, and I decided to leave.

I didn't have any gear promised and I didn't get it until mid-summer, but there was some really weird stuff going on inside.

I didn't want to be in Spain anymore.

I was brave, ”she underlines now.

“I have made myself as a person outside, but, above all, I have learned what it is like to be treated as a professional.

This is what I notice the most on my return to Spain”, highlights Mangué, who elaborates on the great differences between what he experienced, especially in Gallic territory, and what he has found in the national honor division with the Rocasa shirt.

In Spain we have lost the quarry, the culture of schoolyards

“In Spain, regularization of contracts has improved.

Before you signed a paper and that was it.

But it is that in France there is a structure and more possibilities to have a professional team.

There all teams must have a training center.

Here we have lost the quarry, that schoolyard culture, and it is very difficult to recover it, ”warns the Canarian center-back, who, as a general rule, right now would advise a young woman with aspirations and potential to go out.

“That the quarry plays a lot of minutes is as good as it is bad.

They have no references or anyone ahead of them to make them improve.

I had very good players to look at.

If you get used to playing 60 minutes per game, you still won't be as good, ”she remarks.

Now, he affirms, the national team does not have such a wide range as the leading teams.

"Neither by physique nor by international experience," he points out.

In his time and under his great ancestry, Spain reached heights never before seen in its history with people like Macarena Aguilar, Begoña Fernández, Verónica Cuadrado, Eli Chávez, Nely Carla Alberto or Silvia Navarro (sole survivor);

and gave rise to the nickname (Guerreras) that has taken root, along with La Roja de Fútbol, ​​of the many that

“Jorge Dueñas [the coach] gave us more freedom, he made a more human team.

And there were veterans who, at specific moments, put everyone on the sidewalk, ”recalls the Canarian player.

In other countries, players like me are fired from the national team through the front door

But that stage, for her, ended in 2017, a year after the traumatic elimination in the quarterfinals of the Rio Games against France (25-26 after leading by seven at halftime).

A goodbye that left a scar that is still visible today.

“I saw myself to continue contributing things, but I understand that it was the decision of the coach [Carlos Viver, successor of Dueñas].

Yes, I would have liked them to call me earlier to tell me that they did not want to count on me anymore because I found out on the networks.

Some friends told me.

In other countries, players like me are fired through the front door, ”says Marta Mangué with a point of resignation.

A few months before reaching 40 years of age, he hurries his last sports breaths in Gran Canaria, between advice and advice to the young women in the locker room.

“It is my day to day because I want to be a coach.

I find it satisfactory”, Mangué values.

Since she debuted at the age of 16 in her current team, in which she had a fleeting step before emigrating, until today, it has been two decades on the front line and a generational change that she has lived inside the booth.

“I don't see myself as a Natalia Morskova, a Russian, one of the best of my beginnings.

You sat in her seat and she would scold you.

We are in other times.

I stay with the current deal, although I also learned a lot from that time. 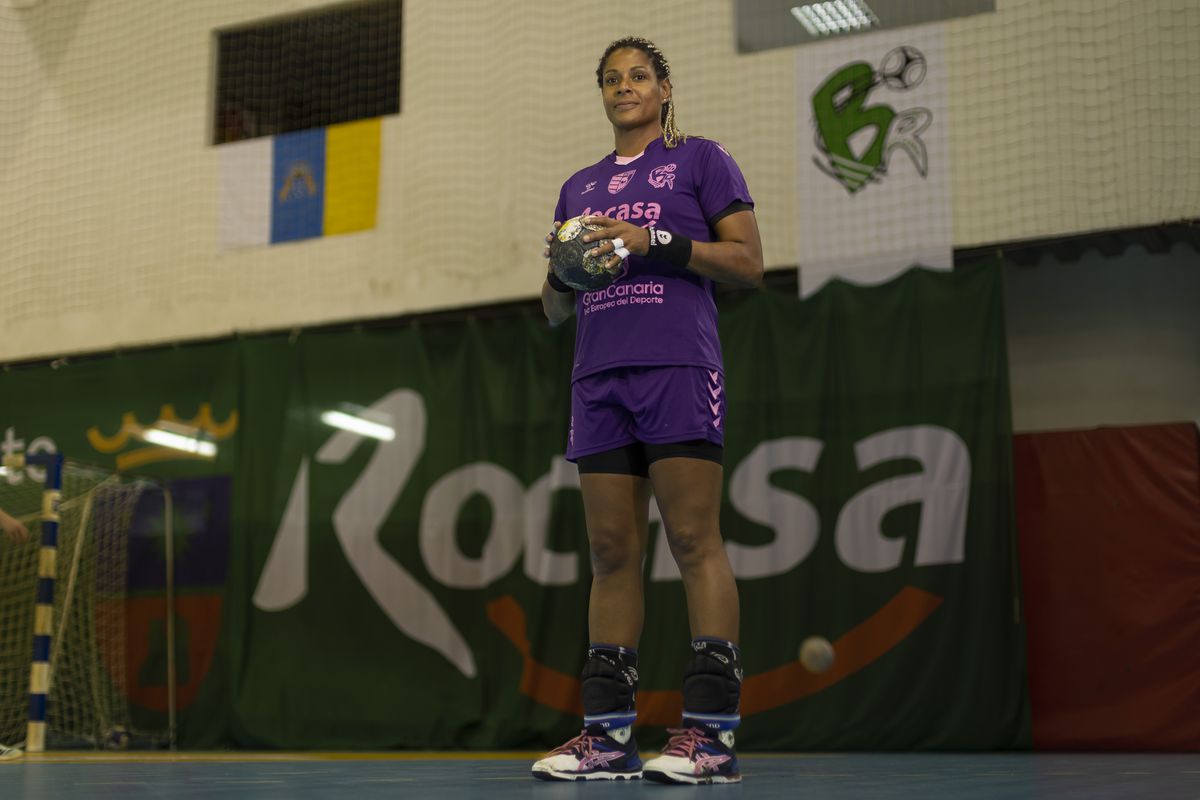 Marta Mangué: “I am number one in Spanish handball” Serious injury to Silvia Navarro: rupture of the anterior cruciate ligament and the internal meniscus of her left knee 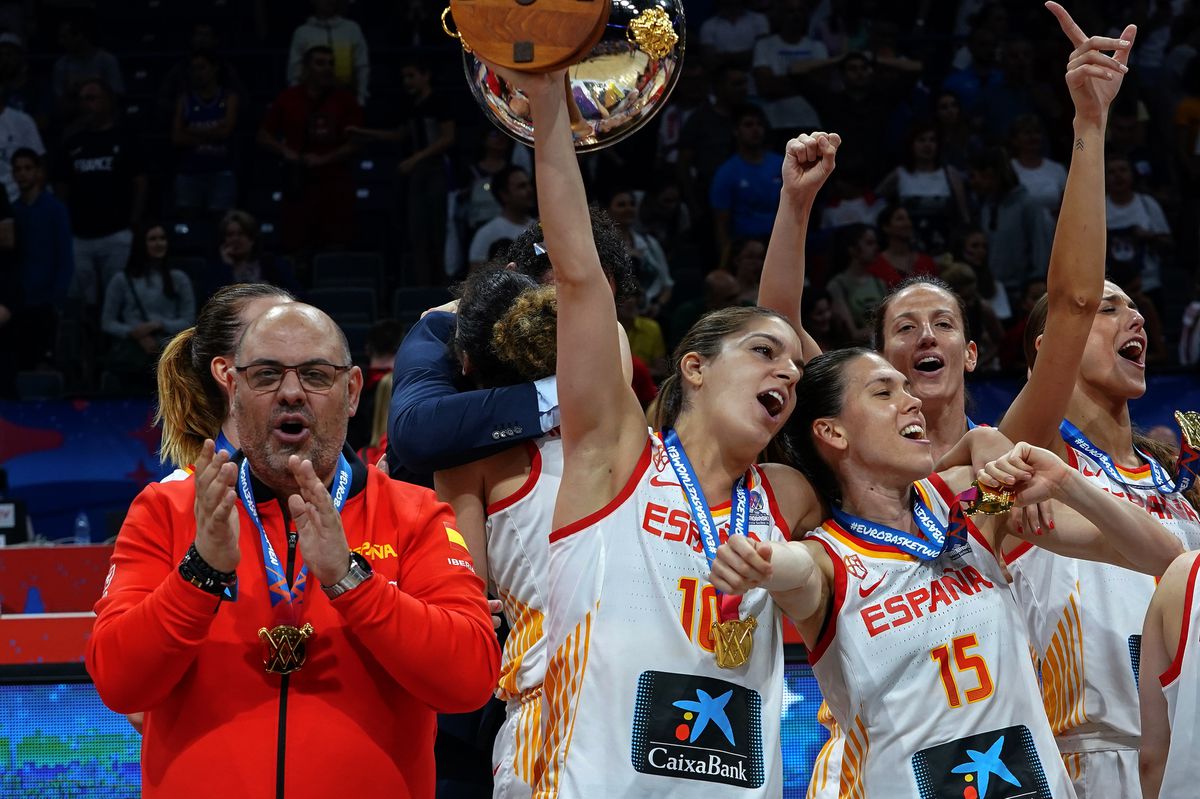 Mondelo loses the lawsuit against Xargay and Cruz, who denounced their abusive methods 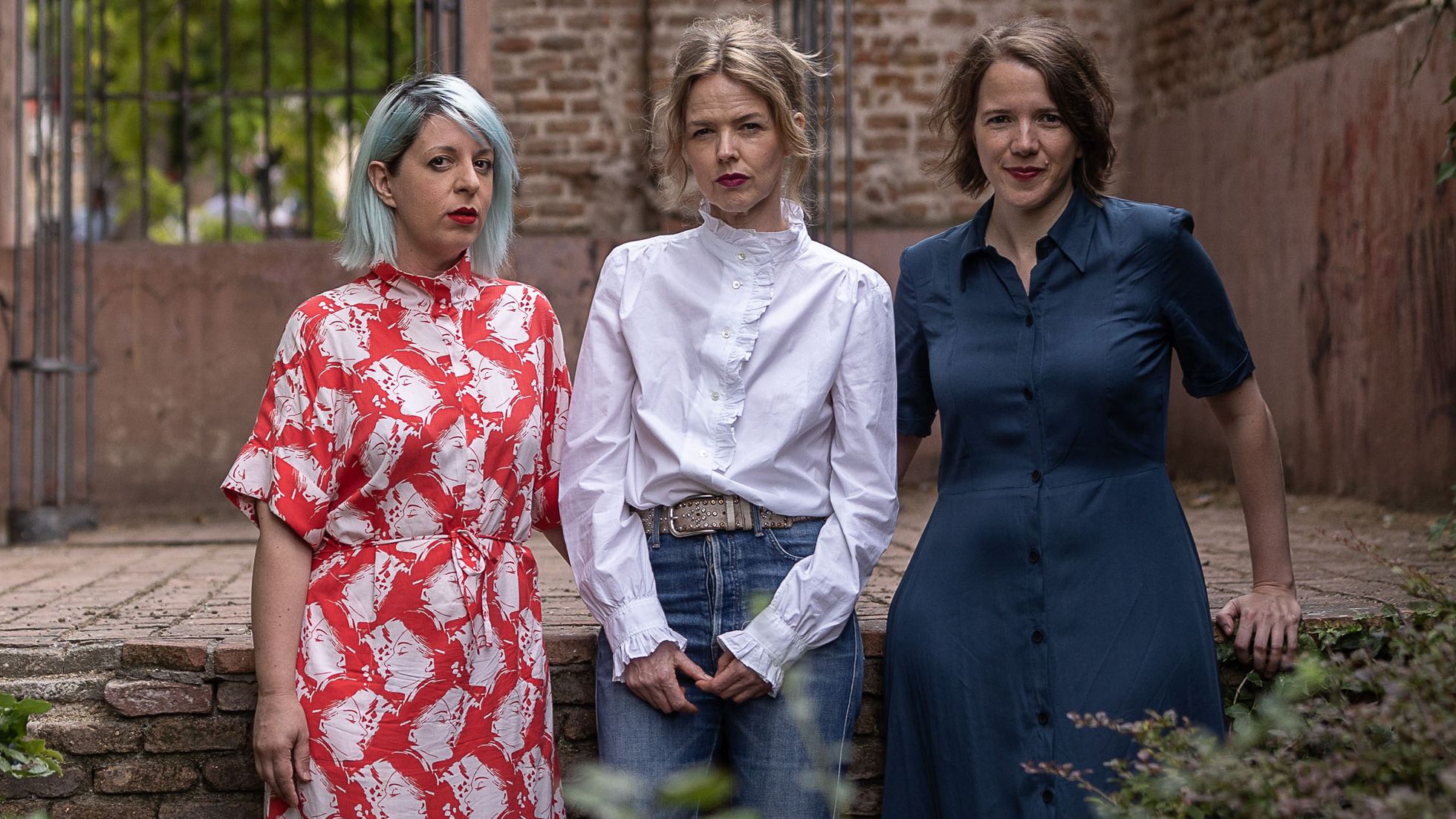 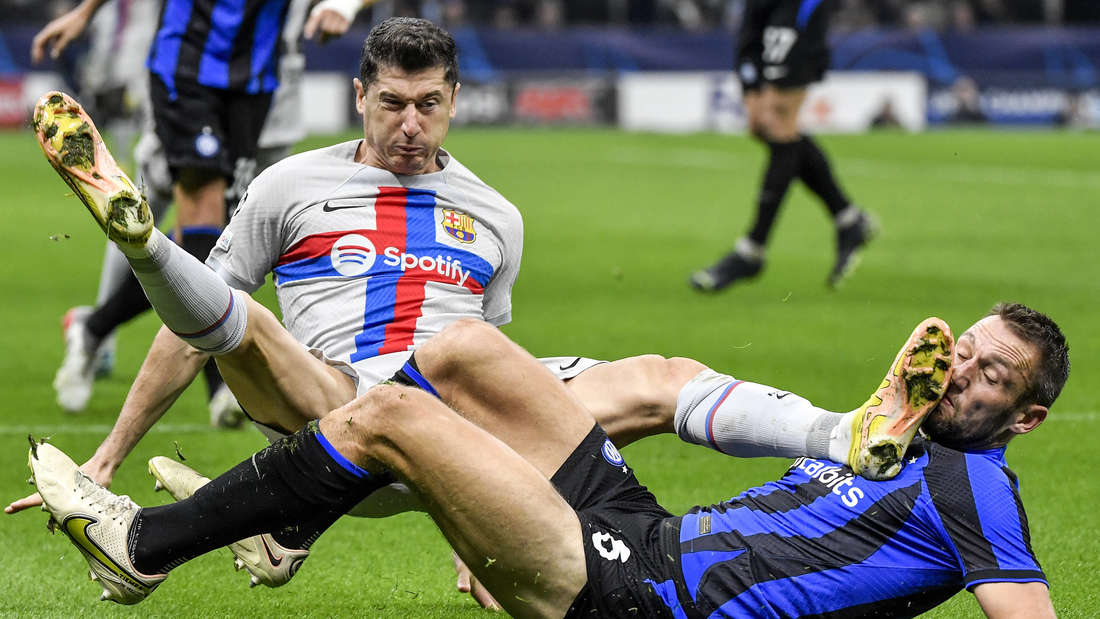 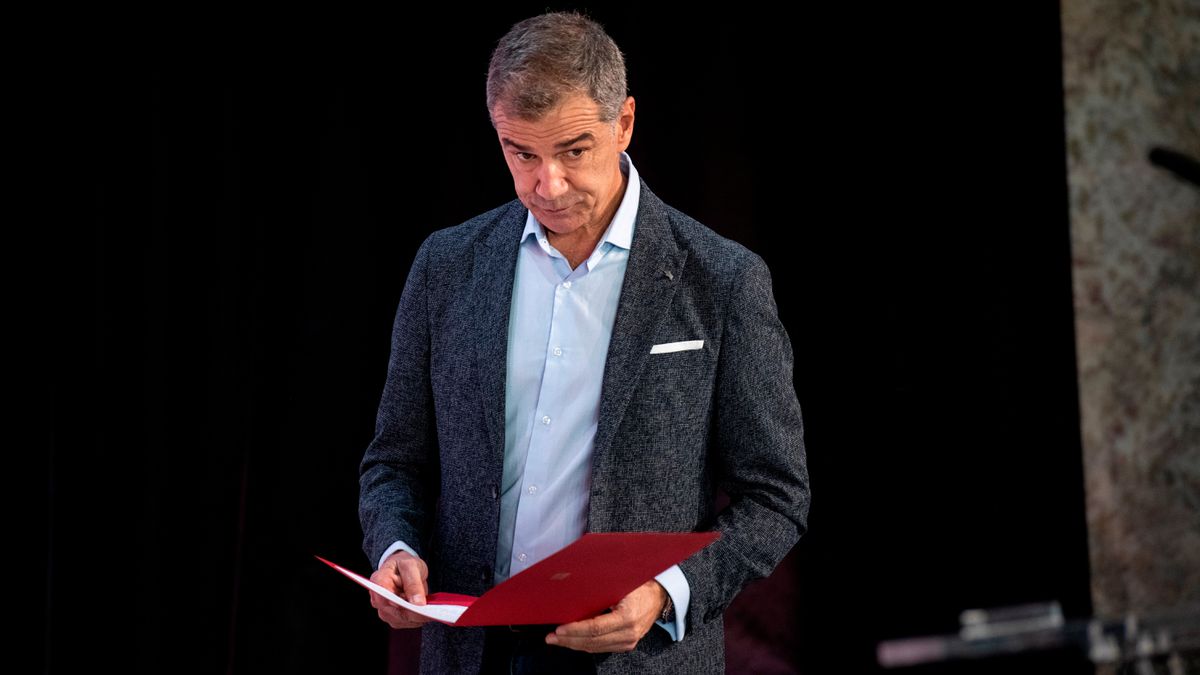 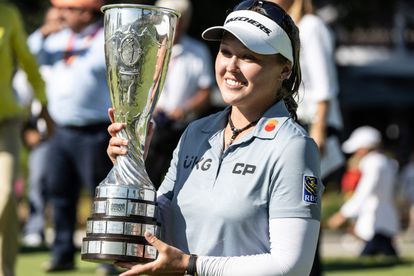 Carlota Ciganda is third in the Evian Championship, her best result in a major