Against Frankfurt, a series of 14 undefeated games across the season broke for Union. However, the Berliners stayed in first place because BVB let themselves be taken by surprise by Cologne in the second half. 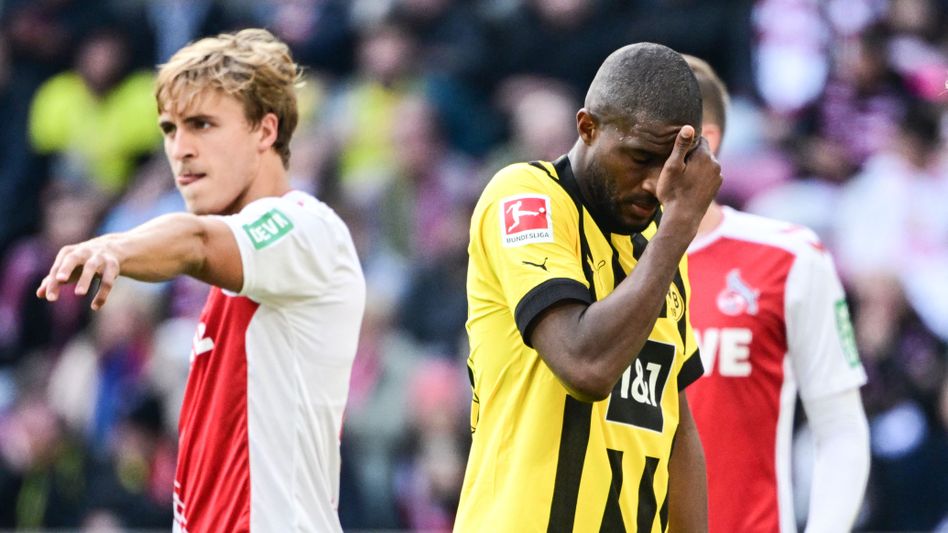 In the 2022/2023 season, the Bundesliga no longer has an undefeated team, but it still has the same table leader.

Union Berlin lost 0:2 at Eintracht Frankfurt, but because Borussia Dortmund lost 2:3 (1:0) against 1. FC Köln, the Berliners stayed in first place.

Cologne had the first chance of the game with Dejan Ljubičić, whose shot was blocked twice in a row (3rd minute).

But Dortmund took the lead after Thomas Meunier won the ball on the right flank.

Via Donyell Malen and Jude Bellingham, who wore the BVB captain's armband for the first time, it went to Julian Brandt, who tipped the ball into the right corner from close range after a good first touch (31').

Karim Adeyemi had further chances for BVB with a solid volley from 20 meters (33rd) and Donyell Malen after a counterattack (41st), both times Cologne keeper Marvin Schwäbe made good saves.

After the restart, Dortmund let themselves be taken by surprise.

First Florian Kainz equalized after a cross from Linton Maina (53'), before Steffen Tigges turned the game with a header from a Kainz corner (56').

Suddenly Cologne was in the lead.

And this grew even further thanks to Ljubičić, who made it 3-1 for FC with a remarkable flick into the right corner (71').

17-year-old Tom Rothe made the game exciting again with a joker goal (78th), but Dortmund was no longer able to equalize.

The league leaders showed a surprisingly weak performance at Eintracht.

Especially Randal Kolo Muani didn't get caught by the Berliners.

In the 12th minute, the attacker was not attacked sufficiently, was able to advance to the baseline and lay it back to Mario Götze, who scored the opener to take the lead.

After similar preliminary work by Kolo Muani, it was Pellegrini who was able to shoot from the back but put the ball well over the goal (22').

Union's equalizer by Janik Haberer prevented SGE goalkeeper Kevin Trapp with a strong save (28'), before Union's goalkeeper saved Jesper Lindstrøm on the other side (30').

Frankfurt remained more dangerous, Luca Pellegrini failed from the inside left position on the crossbar (36th).

The 2-0 came after an uncertainty from Union defender Paul Jaeckel, from whom Lindstrøm wrested the ball on the left wing.

The Dane picked up the pace, left two opponents standing with a hook in the middle and then easily pushed into the short corner (42').

In the second round, the Berliners were superior and had several chances, but they didn't hit the goal anymore.

After two goalless games and the international break, Freiburg seemed to be in a hurry: after just three minutes, Michael Gregoritsch converted a free cross in the penalty area into the top right corner to make it 1-0.

The goalscorer had four chances to score in the first 30 minutes alone.

Mainz goalkeeper Robin Zentner was able to get his foot in the way when he had a chance from eleven meters (29').

Gregoritsch hit the crossbar with a later sharp cross on the first post, Daniel-Kofi Kyereh headed in the rebound from close range to make it 2-0 (37 ').

Freiburg had an interesting plan, letting overwhelmed Mainzers have the ball and then being efficient while Mainz failed to get a finish in the first half.

Things went better for Mainz at the beginning of the second half when Aaron Martin Caricol put in a sharp cross from close range to make it 1-2 (52').

Mainz then wanted to show toughness.

In the end, Mainz lacked the ability to assert themselves in front of goal, there were too few scoring chances in the late urge phase.

After the 0: 3 at Borussia Mönchengladbach before the international break, RB coach Marco Rose switched to four positions.

Among other things, Timo Werner, who had recently been unlucky in the national team, played from the start and promptly scored for Leipzig, who combined well: Bochum's attempt to clear the ball landed via Marcel Halstenberg at Werner, who shot the ball from close range into the right corner of the goal (15th).

Bochum opened up a bit, Leipzig used the space to counterattack and when Jannes Horn came too late against Nkunku in the penalty area, the fouled player converted the penalty himself to make it 2-0 (23rd).

After a one-sided first half, in which Bochum couldn't get into the game, the bottom of the Bundesliga was still well served with the 2-0, as was shown a little later: After Silva's shot at the post, Werner pushed the rebound from close range to the 3-0 in (53').

Nkunku got another chance to score a brace with another penalty, but hit the ball against the post (64').

Shortly before the end of the game it worked for Nkunku with a second goal (85th). 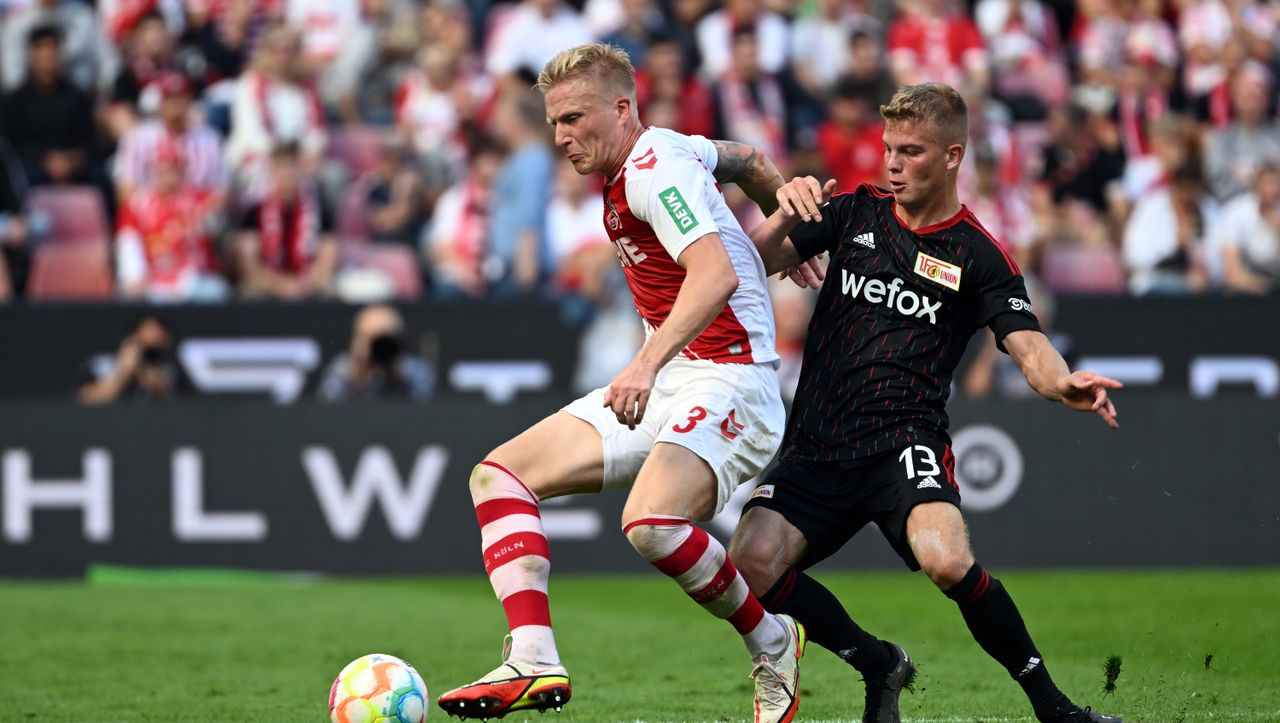 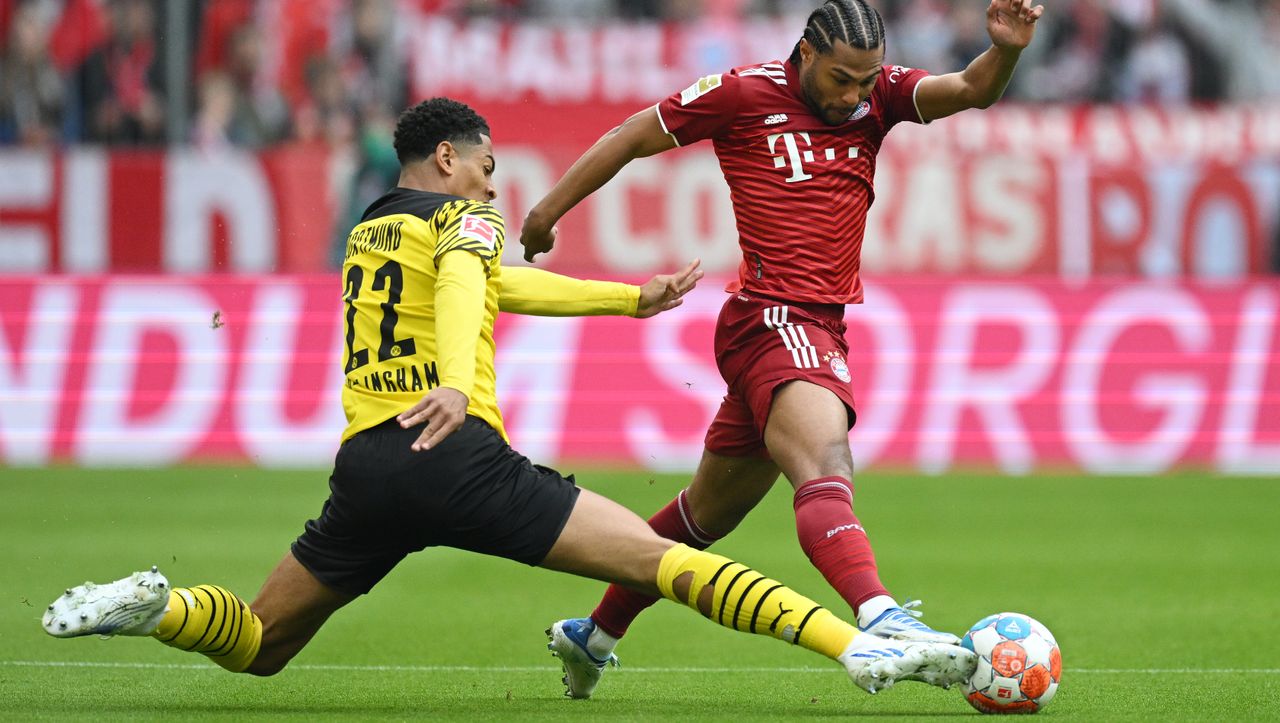 FC Bayern Munich vs. Borussia Dortmund: Enjoy it while it's still exciting

VfB Stuttgart vs. Borussia Mönchengladbach in the live ticker: Will Wimmer bet on the doubles again?

VfB Stuttgart against Borussia Mönchengladbach in the live ticker: Wimmer has to do without Millot and Coulibaly

BVB falls behind Bayern by 2:3 in Cologne