Becher is debating whether to include Haziza or Atzili in the lineup or whether to open with Chibuta or Rokabija next to Piero. Ali Muhammad should be included in the 11

Firecracker may open despite fasting.

Bacher: "Everything can be done"

Becher is debating whether to include Haziza or Atzili in the lineup or whether to open with Chibuta or Rokabija next to Piero.

Ali Muhammad should be included in the 11.

The coach said on the tour: "Playing after fasting is almost impossible." Abu Fani admitted: "I've had a difficult summer, now I'm all focused on Maccabi Haifa"

Maccabi Haifa held the final training ahead of its third match in the group stage of the Champions League, in Turin against Juventus.

In Haifa, they will make a final decision regarding the lineup only after the fast and after assessing the physical condition of each of the players, in any case the assessment is that most of the players who will be fasting will not start in the lineup.

Barak Bakr is expected to start with the two foreign defenders Abdulai Sak and Dylan in Tubinsika, while Charon Sherry, Ali Muhammad and Muhammad Abu Fani will start in the midfield.

After training, the players returned to the hotel to prepare for Yom Kippur. "This is a very problematic situation," the club admitted, "but we will deal with it as well."

After the training, the team held a press conference with the participation of coach Barak Bakr and midfielder Muhammad Abu Fani.

"Our approach is to try to put teams against every team," Bacher stated.

"Even in the previous games we weren't far off. Obviously we are playing against a favorite team on paper, we have proven that we can do everything in Europe. We will try to do a little preparation tomorrow. Obviously the preparation is not ideal, playing after you fast may be impossible. It is clear that those who fast will have a harder time To play, of course to open. We have enough foreigners and citizens who will have to play, the car will go up strong, there will be no excuses because of the fast."

First points in the group stage?

Bacher clarified that a principled decision was made not to open with the players who are fasting.

"It's not an ordinary day. It's a very important day in Judaism, we will honor everyone who fasts, I also fast and everything is taken into account. There may be players who fast and will be integrated during the game, it depends on how he ends the fast and how he feels."

On the acclimatization of Dylan Batubinsika and Abdulai Sek: "We brought in two foreign defenders who know each other. Dylan came with more playing ability, so he plays more. Sek arrived with a less than ideal preparation, but both are very high-quality and powerful players who acclimated quickly. The team is connected, so it's easy More to acclimate. Both will help us a lot later."

On Juventus' situation: "It's a big club, and for them it's a very important game, but we also believe in ourselves and try to fight and play our game. Juventus is a very diverse team that changes lineups during the game, we prepare for everything even though it's difficult. We can do it too Adjustments to the opposing team. It's a professional challenge to play against such a coach and such a team."

told about the change for the better in his ability recently: "I had a difficult summer. I expected to go to Europe and I didn't succeed and I stayed at Maccabi Haifa, which is also one of the best things that happened to me. I was in uncertainty in the summer and it affected me as a player. The window closed and now all my At Maccabi Haifa. Now I am focused on one thing, and it is expressed in a better way."

Juventus comes to the match in an encouraging mood, after a 0:3 victory over Bologna in Serie A that broke a streak of five games without a win.

The old lady started the season in very bad shape, and after eight rounds in the Italian league, she is ranked only seventh with 13 points.

The stressed Massimiliano Allegri knows that he must beat the Israeli champions - and preferably by a high goal difference - to prove that the team is starting to get back on track.

According to the reports in the Italian media, Juve's coach is expected to make three changes to the lineup compared to the 11 that started in the victory over Bologna in the league: Filip Kostic, Manuel Locatelli and Alex Sandro are expected to drop to the bench, and the formation is expected to be a much more attacking 4-3-3 than Allegri's usual, with Dusan Vlahovic, Arkadiusz Milik and Angel Di Maria (who is coming back from injury) in attack.

Juan Cuadardo is expected to be rested, and Allegri relies mainly on Adrien Rabio who will dominate the midfield.

Maccabi Haifa's next matches in the Champions League

Bachar: "We deserved to win." Firecracker: "We missed easier situations than my goal" - Walla! sport

Bachar is undecided about Piero, optimism in Maccabi Haifa regarding Jaber - Walla! sport

Olympiacos was enthusiastic about Muhammad. The ambition: to train the noble for reciprocity - Walla! sport 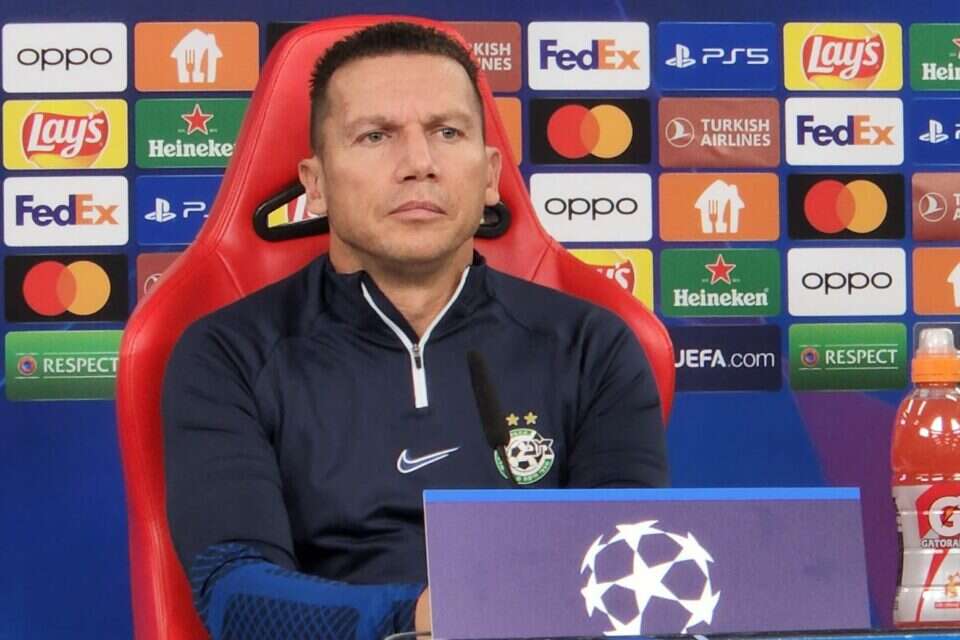 Barak Becher: "Benfika is a very strong team, but we have to put the excitement aside" | Israel today