Format, calendar, favorites, luck of the Blues and players to follow... Find all the information you need for the next women's rugby world championship. Kick off this Saturday, October 8 with France-South Africa in the opening match. 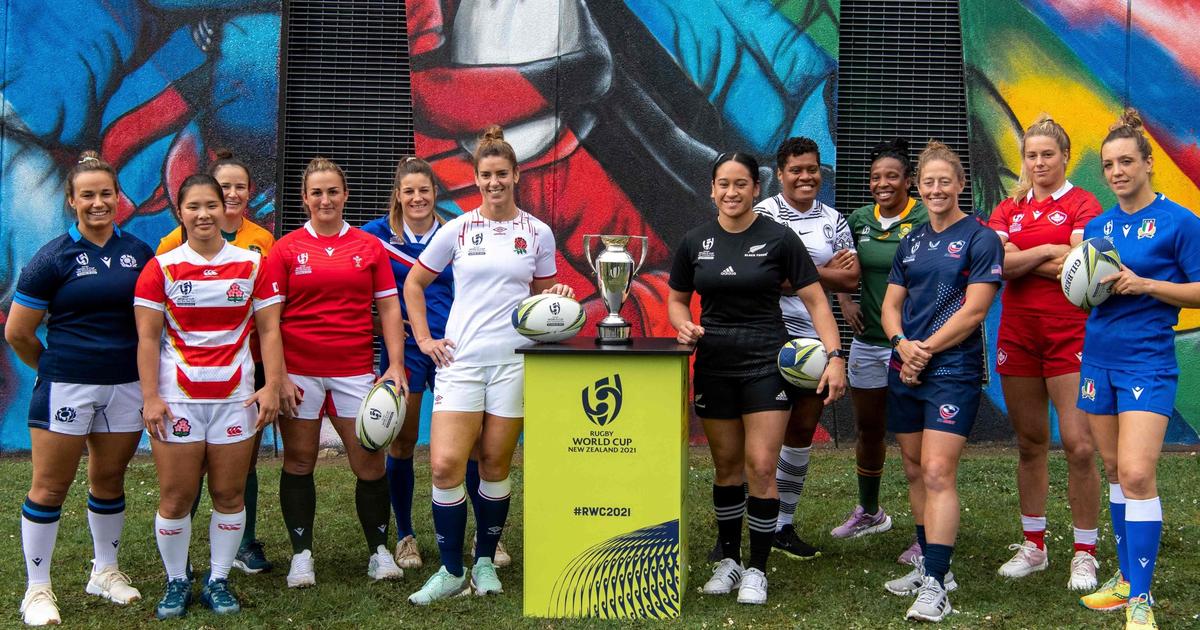 This time there it is!

Postponed by a year due to the Covid-19 pandemic, the ninth edition of the Women's Rugby World Cup (officially named WRC 2021) will finally be able to take place.

See you from October 8 to November 12, 2022 in New Zealand, the land of rugby par excellence, where Les Bleues will try to do better than third, their result in 2017.

Which teams are involved?

For the last time in history, only twelve teams will take part in the World Cup, since the next World Cup in 2025 will be played with sixteen nations.

The twelve teams of this 2022 edition are divided into three pools of four.

Within each group, the teams meet once.

The first two of each group as well as the two best thirds qualify for the quarter-finals.

The matches will take place in three venues:

Who are the Rugby World Cup favourites?

It's hard not to mention the host country, the most dominant team in women's rugby, which won the last edition and has five crowns in eight appearances.

However, the Blacks Ferns remain on an up and down 2021 season and changed coach last April after a report criticized Glenn Moore's coaching methods, including his hurtful comments about women players. Maori origin.

Read alsoWomen's rugby: Dan Carter at the bedside of the Black Ferns (photos)

They had impressed at the end of April by achieving the Grand Slam during the Six Nations Tournament, outclassing France.

Building on this success and their series of 25 consecutive victories, the English look like a very great team for this World Cup.

They had won the 2014 edition organized in France, and no less than five finals are to their credit.

It's incredible what this team has achieved, how far we've come and the games we've won, but nothing is guaranteed

said captain Sarah Hunter on the sidelines of the meeting of the twelve captains last Sunday.

Passed very close to the Grand Slam during the last tournament, the French want to break the glass ceiling in the World Cup after having never done better than third, a place they have obtained no less than six times.

It was their place too in 2017 after losing to England in the semi-finals.

The objective is always to be world champions.

We are not going to New Zealand for another objective

Among the outsiders, we could mention Canada, the United States or even Italy, which has just beaten France in a friendly and comes to New Zealand being fifth in the world rankings, the best ranking in its history.

Although winners of the Rugby 7s World Cup in September, the Australians seem to be a step behind.

They will still count in their ranks Sharni Williams, the tournament's best player.

When do Les Bleues play?

Here is the schedule of the three group matches of the French team, which will inaugurate the tournament at Eden Park.

With the jet lag, it will sometimes be necessary to get up early!

The times indicated are the Paris time zone.

If the Blues manage to get out of their pool, they will then enter the knockout phase.

How did the France team prepare?

The staff has been reorganized for the World Cup.

Thomas Darracq became coach on May 22.

He is supported by the former captain of the Bleues Annick Hayraud who acts as general manager.

From July 31 to August 9, 2022, Thomas Darracq's players completed a first preparation course at the National Rugby Center (CNR), in Marcoussis.

oxygenate the group and break the routine

" according to their coach, they then took the direction of Andorra from August 14 to 24 for a new internship, before heading to Nice where they stayed from August 30 to September 11. .

It was at the end of this internship that the group of 32 players was announced.

Before flying to New Zealand, Les Bleues made a final five-day meeting at Marcoussis.

Read alsoWomen's rugby: Les Bleues fall in Italy, less than a month from the World Cup

During this preparation, the French team played two friendly matches, a double confrontation against Italy which ended in a victory (21-0) in Nice and a defeat (26-19) in Biella, in the Piedmont.

Not enough to reassure before the start of the competition.

The group has been rejuvenated, with strong choices from the staff.

They are young but they want to fight

it out,” Thomas Darracq told

No less than nine players from Blagnac have been called up, but not captain Audrey Forlani despite her 57 selections.

The excellent winger Cyrielle Banet (18 tries in 22 selections) is not part of the adventure after her injury during the internship in Andorra.

Les Bleues can, however, count on the experience of the back of ASM Romagnat Jessy Trémoulièe (70 selections).

Best player in the world in 2018 according to World Rugby and best player of the decade the following year, she will take part in her second World Cup.

It will be the third for Safi Ndiaye (86 selections), the 2nd or 3rd line of Montpellier at the two Grand Slams in the Six Nations Tournament (2014 and 2018).

Finally the France team will be guided by its captain Gaëlle Hermet (45 selections) who, injured, could miss the opening match.

It's super important to start well because we arrive with great ambitions and with the objective of winning this Rugby World Cup.

But it's just as important to have fun.

We want to give everything and have no regrets because today we are ready, ready to play, ready to seize our chance.

We can't wait to be there

,” she said on Sunday during the captains' meeting.

How to watch the matches?

The entire competition will be broadcast on the TF1 group channels.

Fiji will experience their first participation in the World Cup.

We are both grateful and excited

A record attendance is expected for the opening day at Eden Park which will see France challenge South Africa, but also England take on Fiji and defending champions New Zealand to kick off their competition against Australia.

The players of the France team designed the design of their jersey themselves in partnership with the equipment manufacturer Le Coq Sportif.

“Humble and hungry” can we read in particular in the collar.

A leitmotif which, we hope, will guide Les Bleues to the end! 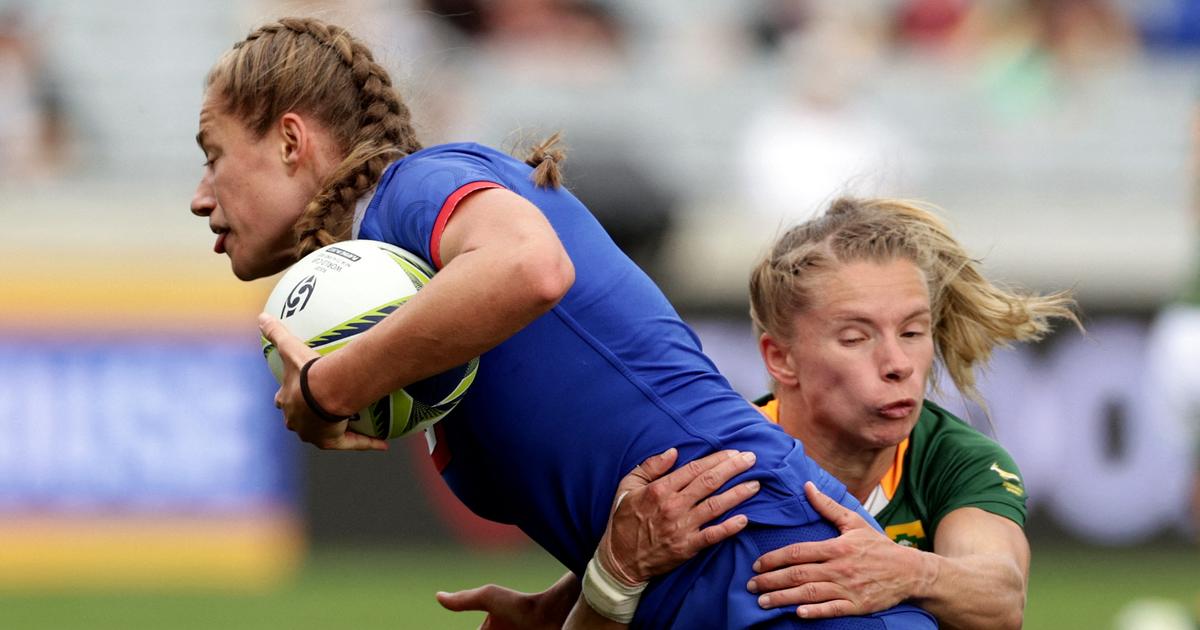 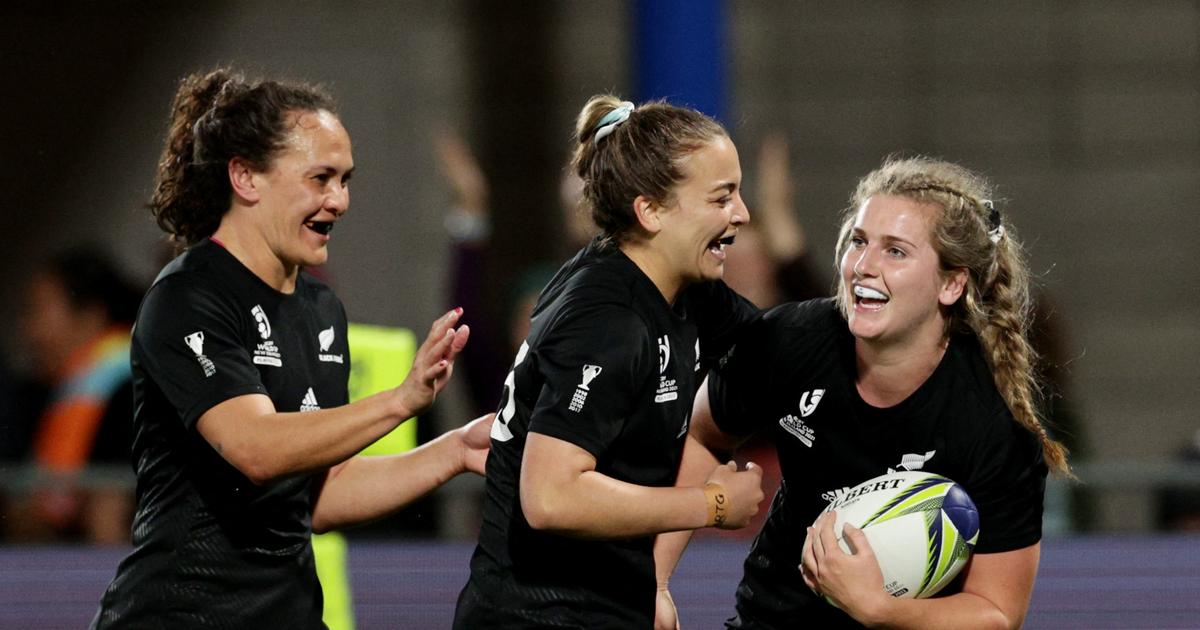 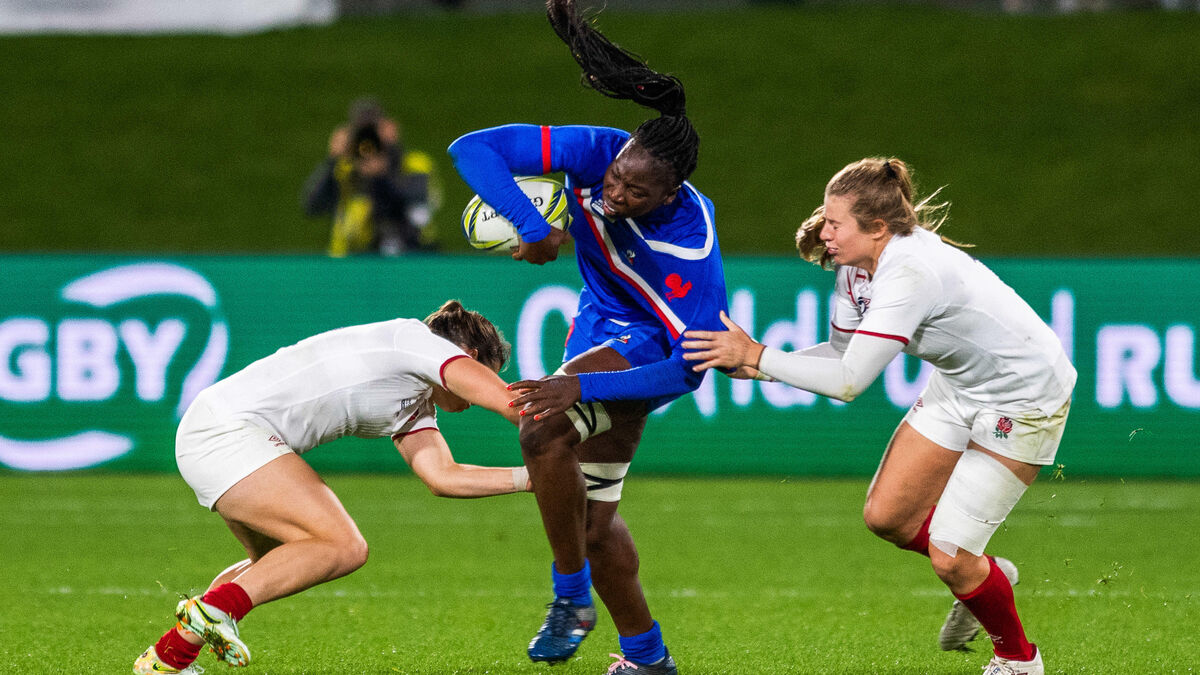 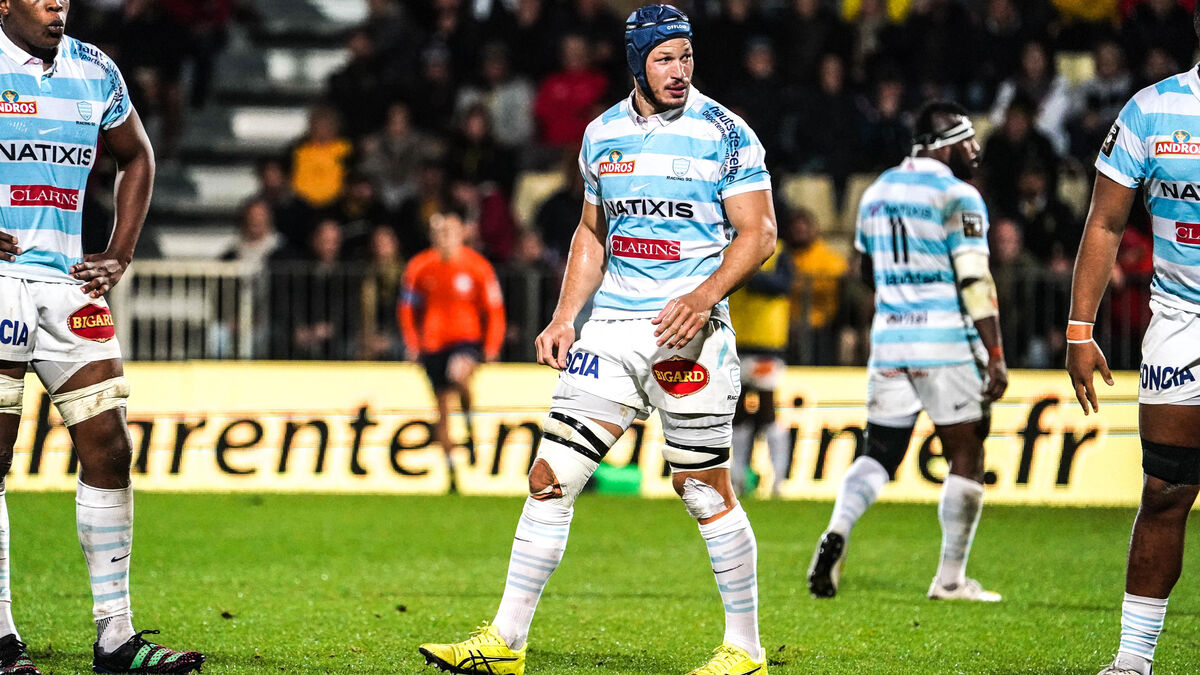 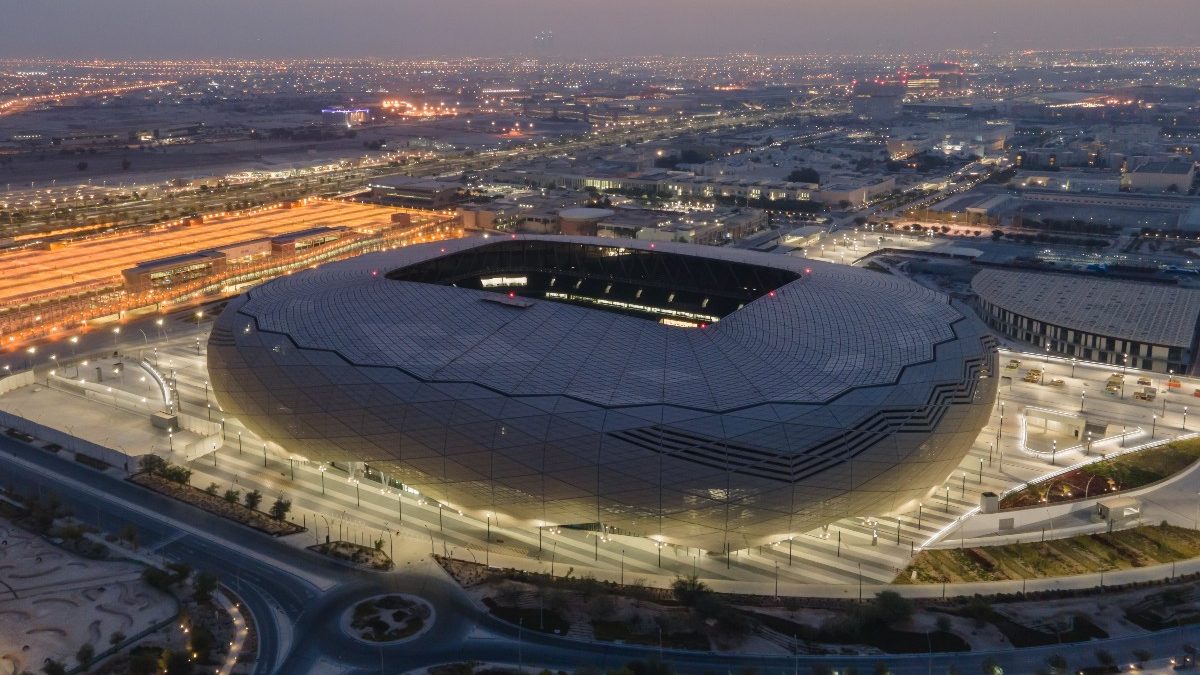 How to watch the Qatar 2022 World Cup in the United States on television and internet? Prices and packages

How will I be able to watch the Qatar 2022 World Cup in the United States on television and on the internet? Prices and packages