After riots in the Conference League: police raid on football fans of 1. FC Köln

The German police cracked down on the riots in the 1. FC Köln conference league game in Nice. Numerous FC fans' homes were searched and several suspects arrested. 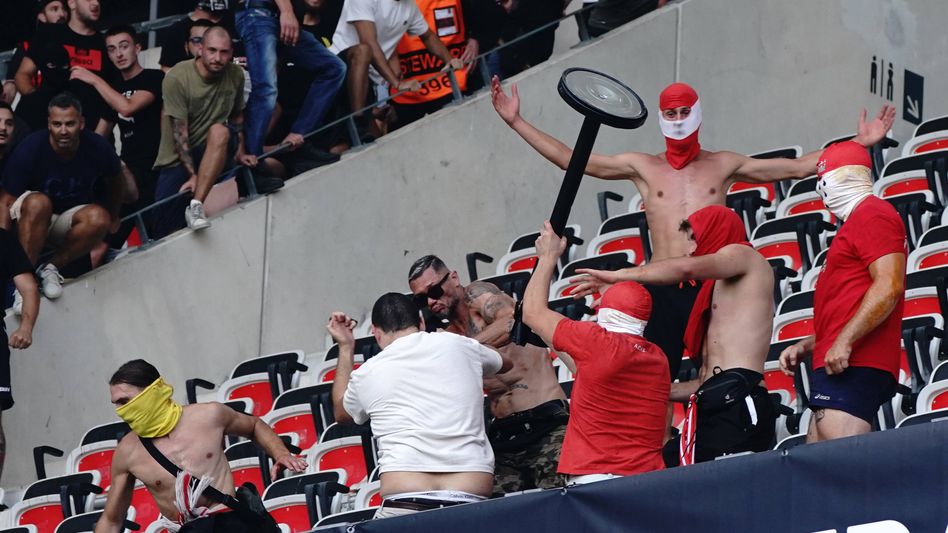 In a large-scale action, the police on Wednesday executed arrest warrants against five suspects involved in the fan riots at the 1. FC Köln European Cup game at OGC Nice.

During the action, several hundred investigators, with the support of the riot police, searched the apartments and houses of a total of 16 identified suspects in Cologne, Hürth, Pulheim and Bergisch Gladbach.

He was glad "that the police and public prosecutor's office have consistently investigated and were able to identify and arrest several violent criminals in a short time," said North Rhine-Westphalian Interior Minister Herbert Reul.

The pictures of the riots on September 8, in which there were many injured, were appalling.

Although the authorities' vigorous action referred directly to the riots at the Conference League game of the Cologne Bundesliga team in Nice, it can also be seen as a clear sign in the debate about a general increase in violence in football.

Experts have been observing an increased readiness for violent clashes in the active fan scene of the clubs for a long time and fear a further escalation.

There were also recent heated arguments in the match between Olympique Marseille and Eintracht Frankfurt in the Champions League.

Michael Gabriel, head of the Fan Projects Coordination Office (KOS) in Frankfurt, is concerned about the increase in excesses.

The dimensions of the incidents in Nice and Marseille were unusual, but: "We have the impression that violent behavior happens more often." As last weekend, when fans of the third division Dynamo Dresden rioted in Bayreuth and injured 14 police officers.

The development does not come as a surprise to Gabriel.

"The forced abstinence during the corona pandemic produced a kind of surplus among many fans, which is now becoming visible, as we can see with the much more frequent use of pyrotechnics," he said recently in an interview with the newspapers of the RheinMain publishing group. 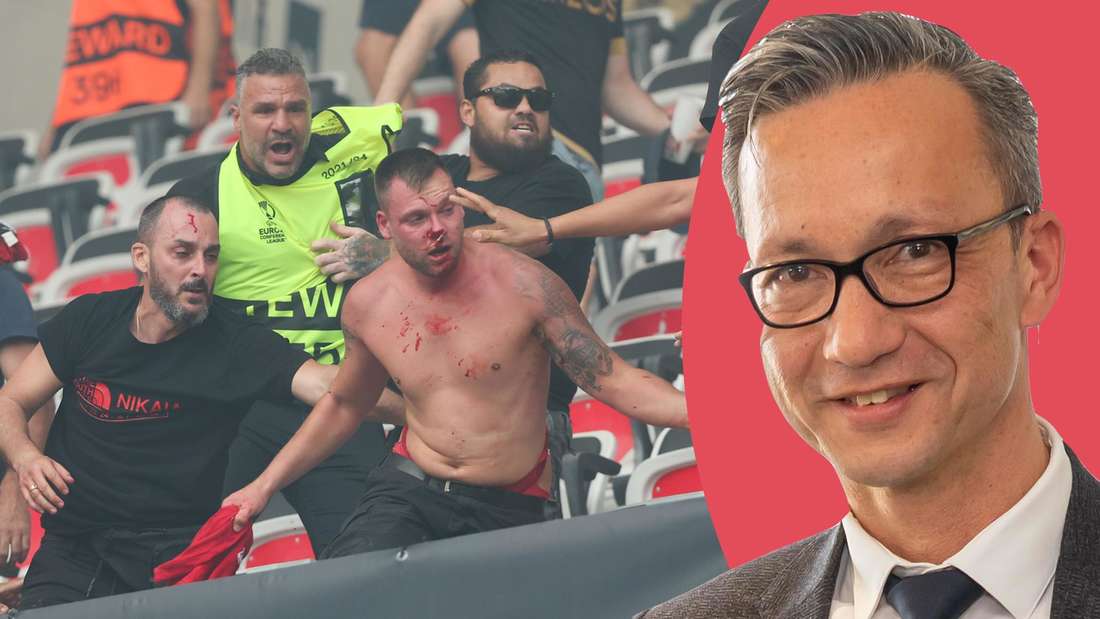 Riots in Nice! Fan is thrown off the stands - Conference League game has to be postponed

Riots in Nice: kick-off postponed by an hour Riots in Nice: Fan falls from the stands – eleven injured in the Cologne Conference League game

Riots in Nice: Fan falls from the stands – eleven injured in the Cologne Conference League game 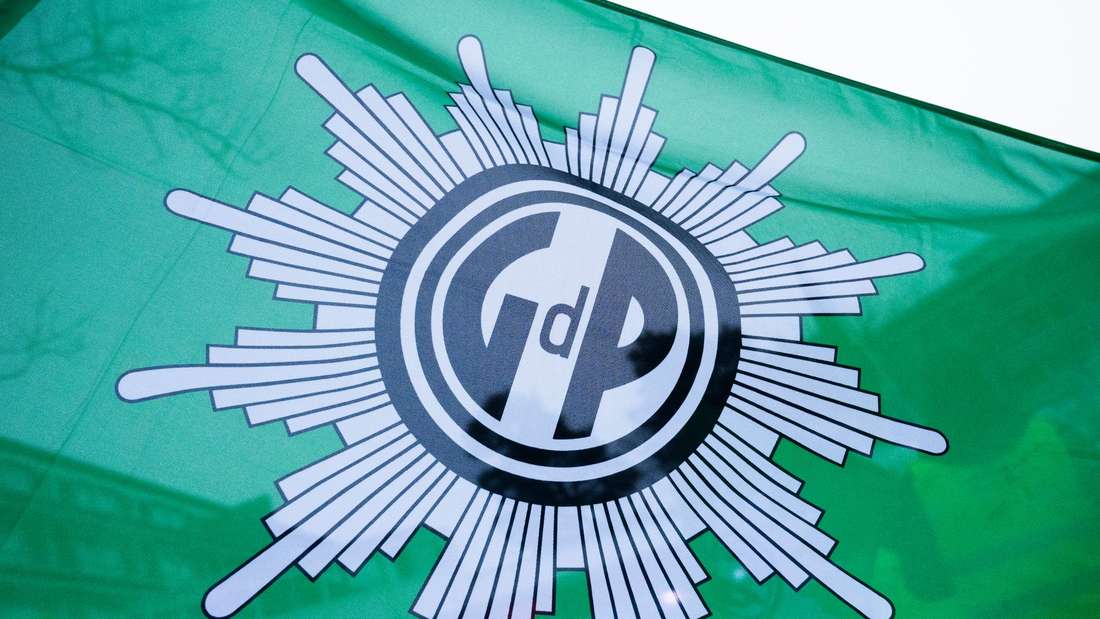 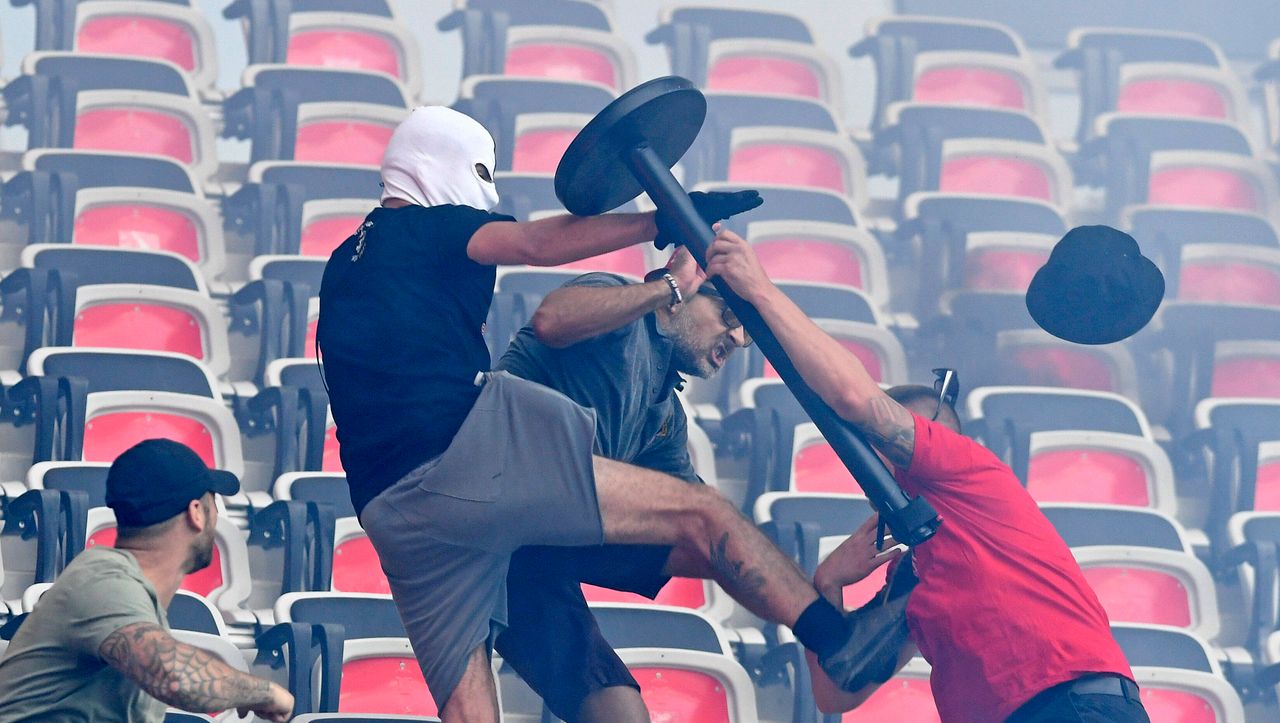