The leader of the Italian league celebrated in the Netherlands, Xavi and his players got involved • Club Brugge is perfect after a victory over Atlético Madrid 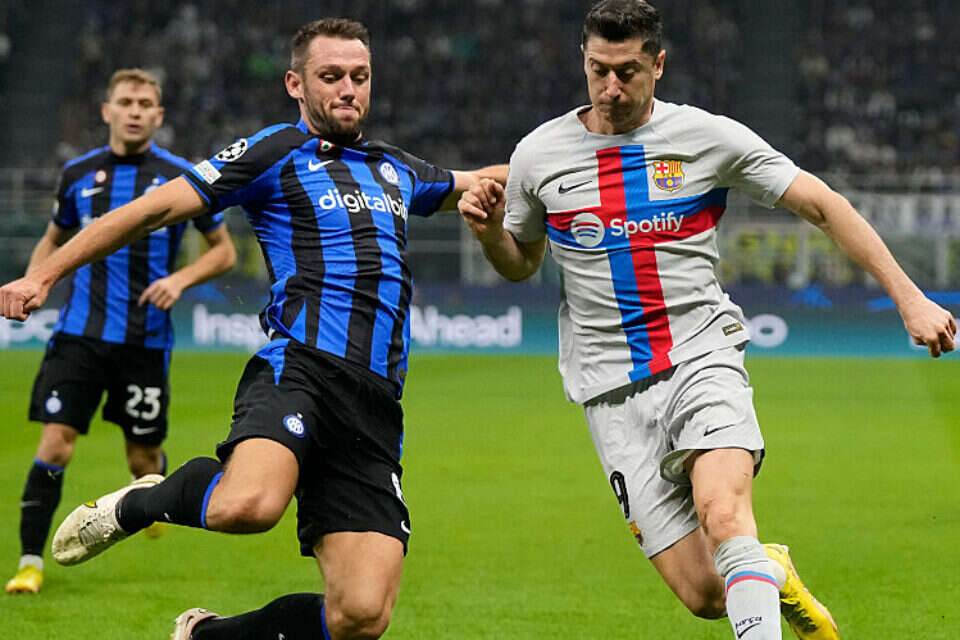 The games of the third round of the Alums League were held last night (Tuesday), when in the center Barcelona lost 1:0 to Inter, Liverpool continued their recovery with 0:2 over Rangers, and Napoli won an amazing 1:6 against Ajax in Amsterdam.

In Group A, Jurgen Klopp's players are approaching the round of 16, after a 0:2 victory over Rangers.

Trent Alexander-Arnold scored (7) his first goal in the Champions since 2017 with a free kick, Mohamed Salah signed from the penalty spot (53).

In the second game, Ajax lost to Napoli 6:1 at Johan Cruyff Arena.

In between, Dusan Tadic was sent off (73), seeing his team record the highest loss in Europe.

House B - The surprising team of the factory, Club Brugge continued yesterday as well and beat Atletico Madrid 0:2.

Kamal Seva (36) and Fran Jutgala (62) scored for the host, who have not yet conceded this season in the group stage.

Porto achieved its first win of the season in the group stage, 0:2 over Bayer Leverkusen, and opened the home situation with three teams with 3 points each.

Khan Chalkhanuilo scored (45+2) his first goal in the Champions League since 2016 and decided the outcome of the game, but it is hard to say that he did justice.

Barcelona had nearly 70 percent of the ball, and mostly suffered from controversial refereeing decisions.

Pedri's equalizing goal (66) was disallowed due to a hand-touch claim by Enso Fati, and then the visitors did not receive a penalty either, when Denzel Dumfries doubtlessly touched his hand in the box.

Scored the only goal in the game, photo: AFP

The German champions continued the momentum with an easy win that brought them very close to securing first place at home.

A huge win for Marseille, who reopen this egalitarian home.

Without a crowd - a reminder of the riot of fans against Frankfurt - the host provided a big show, reversing the early advantage (1) of Trincao through Alexis Sanchez (13) and Amin Harit (16).

Antonio Adan was sent off (23), which allowed Leonardo Balerdi (28) and Chancel

(84) to close a matter in a particularly impressive way.

In another game at home, Eintracht Frankfurt - Tottenham drew 0:0. 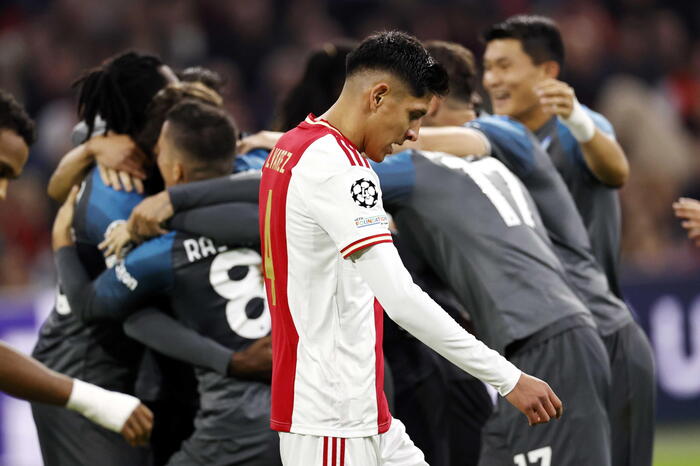 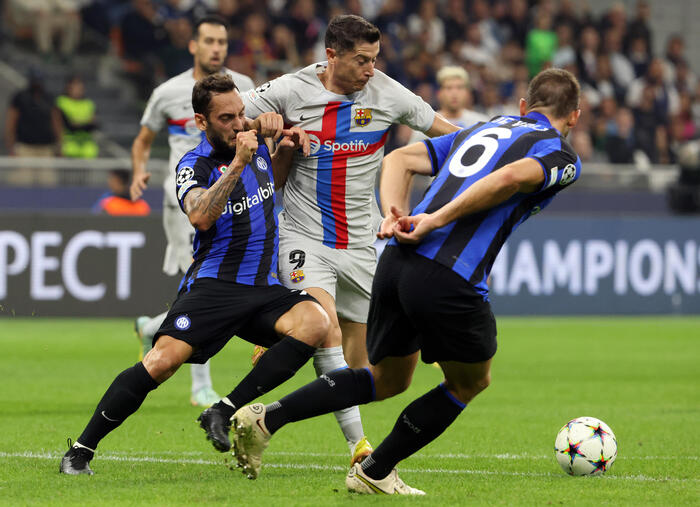