Serge Gnabry and Leon Goretzka are going through difficult weeks at Bayern, the 5-0 win over Viktoria Pilsen once again offered a feel-good evening. They still have to fight for their place - at the club as well as at the DFB. 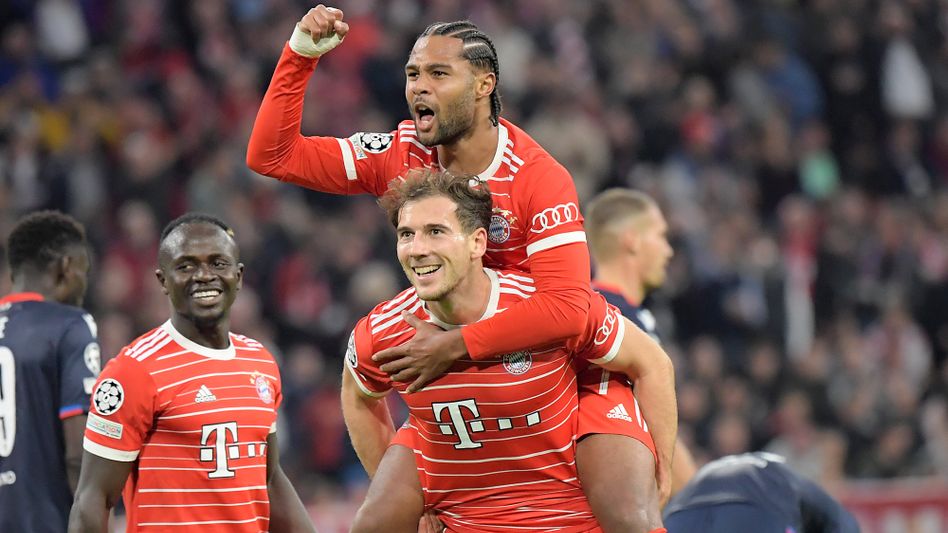 Serge Gnabry (above) and Leon Goretzka cheer together against Viktoria Pilsen

At the start of the 90th minute, Serge Gnabry had another special moment.

One of many this evening.

The completely one-sided encounter rippled leisurely towards the end with the score of 5:0, the game seemed to have already stopped on both sides by mutual agreement when Gnabry elegantly took the ball from his opponent Vaclav Pilar at the opposing corner flag with a fine sliding tackle.

A scene that was symbolic of the enormous commitment of the 27-year-old in this game.

For passion and motivation.

Maybe also for the anger that had driven him - after the disappointments of the last few weeks.

The 5-0 win over Viktoria Pilsen was confirmation of FC Bayern's improving form after beating Leverkusen 4-0 on Friday.

Coach Julian Nagelsmann was particularly pleased with Sadio Mané, who rushed into the dressing room with the “Man of the Match” trophy, and Leroy Sané, who scored two decorative goals.

But with Serge Gnabry and Leon Goretzka there were two completely different actors for whom it was a very important and beneficial evening.

An evening as a balm against the great frustration of the past few weeks.

Both Gnabry and Goretzka, who both joined FC Bayern in 2018, recently experienced what was probably the most difficult phase in their four years at Bayern.

Gnabry, who finally extended his contract until 2026 after months of a tough game in July, was only in good form at the start of the season in Frankfurt, after which he was only twice in the league in the starting line-up and mostly found himself on the bench .

And when he played, then only really mixed.

Julian Nagelsmann, who got to know Gnabry well in his young creative phase in Hoffenheim, already wanted to have recognized a mental problem that Serge should "simply play free of the soul" and not think too much," said the Bayern coach still on Monday.

Gnabry was last to be seen in the short missions, how he quarreled with himself, how he became increasingly cerebral, cramped.

Goretzka, on the other hand, struggled with injuries and illnesses, only at the beginning of the season with the consequences of knee surgery, then he caught Corona.

On the other hand, Marcel Sabitzer, who was little considered last season, increasingly earned a regular place on the double six alongside Joshua Kimmich with good games.

The reasons for the missing minutes of play at Gnabry and at Goretzka may be different, but there was a parallel.

Two players who, not so long ago, were among the most indispensable supports suddenly have to tremble for their firmly believed place.

At FC Bayern as well as in the national team.

Can Viktoria Pilsen be used as a benchmark?

Because even Hansi Flick, who once issued the slogan: “Serge always plays with me”, recently moved away from Gnabry, took him off the field after a very poor performance against Hungary after a completely unsuccessful first half, and he was allowed to in the 3-3 win against England onto the field until the middle of the second half.

And Goretzka, who seemed to be in the defensive DFB midfield for a long time next to Bayern buddy Kimmich, recently lost the connection due to his Covid infection, especially in a duel with Ilkay Gündogan.

And there are only seven weeks until the first World Cup game.

It is all the more important that both were allowed to be in the starting XI again at least against Pilsen due to the Corona failures of Joshua Kimmich and Thomas Müller, that they were convincing in interaction when Goretzka Gnabry scored the goal to make it 2-0 when both were in the Emergence after winning the ball that brought 4:0 by Leroy Sané on the way.

That Gnabry not only presented himself snappy after 90 minutes at the corner flag, but also in counter-pressing, that Goretzka, as the box-to-box player much praised by Nagelsmann, liked between the penalty areas.

But whether the game against the weakest group opponent in the Champions League can really be considered a benchmark?

After the game, Julian Nagelsmann said that it was not only "important for the football country Germany" with regard to the World Cup that Gnabry and Goretzka got into a game rhythm, but also out of their own interest until mid-November FC Bayern.

Of course, he left it open whether both would be in the starting XI next Saturday.

In the top game in Dortmund, a different caliber than the team from Pilsen.

When Kimmich and Müller may have recovered and are operational again.

A good hour after the final whistle, it became apparent how much Goretzka was dealing with the subject when he was asked how he was going to deal with the current massive competition in defensive midfield.

"I'm getting a bit tired of the fact that we talk about the same things week after week," Goretzka grumbled, adding that it was "in the nature of things" that he wanted to play from the start.

Gnabry and Goretzka are still facing complicated weeks until the World Cup.

After all, Tuesday was another feel-good evening.

Haven't had them for a long time. 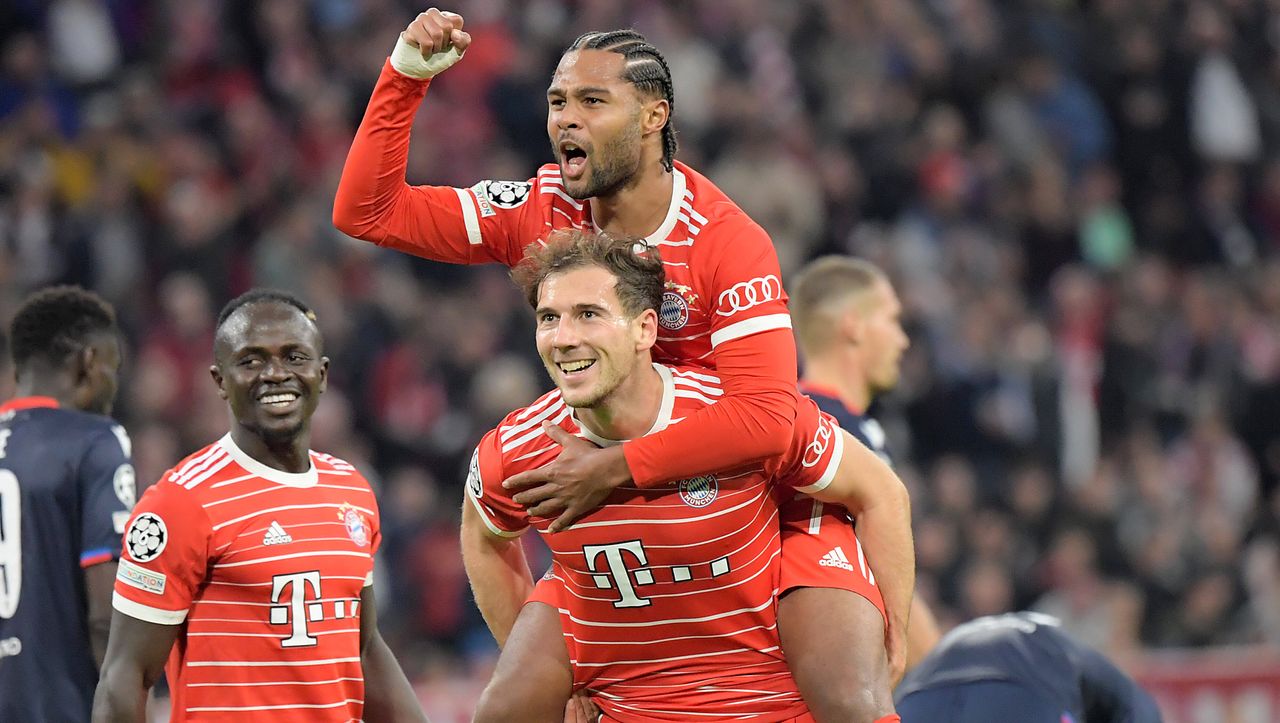 FC Bayern – VfB Stuttgart in the live ticker: Nagelsmann reveals the line-up before the Bundesliga game Bayern-PK in the live ticker: does Nagelsmann create clarity at Neuer? 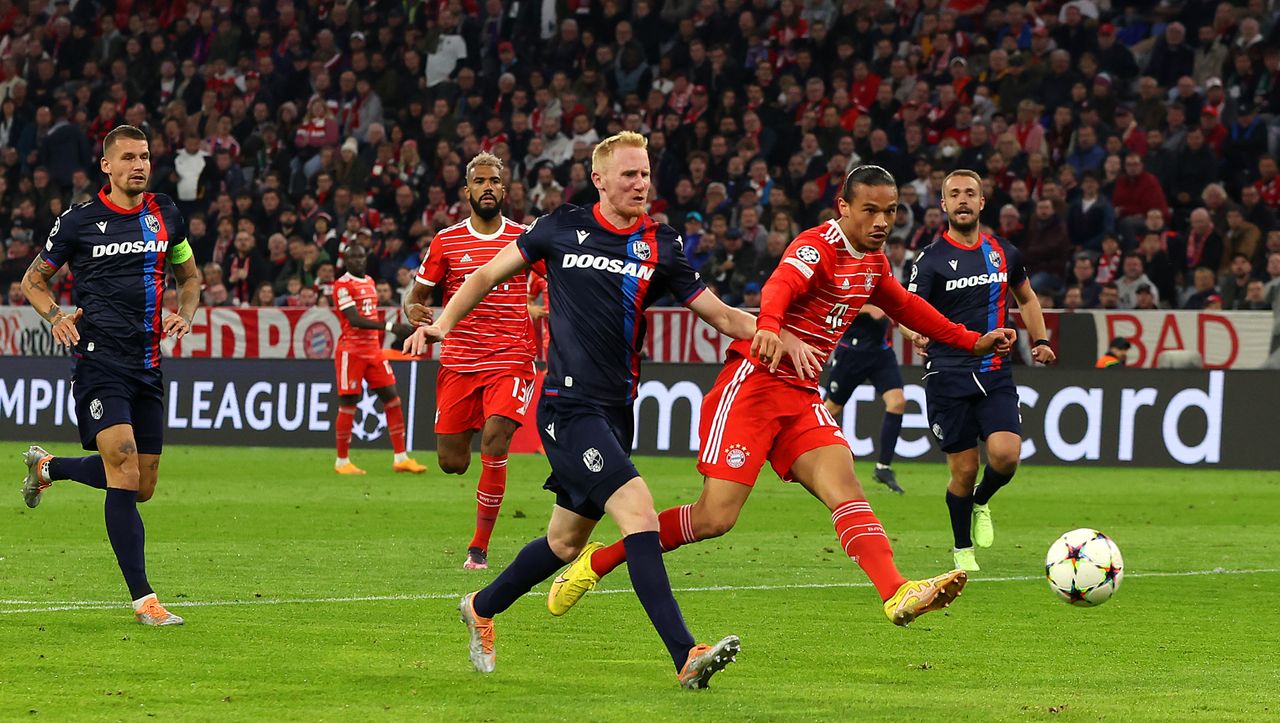 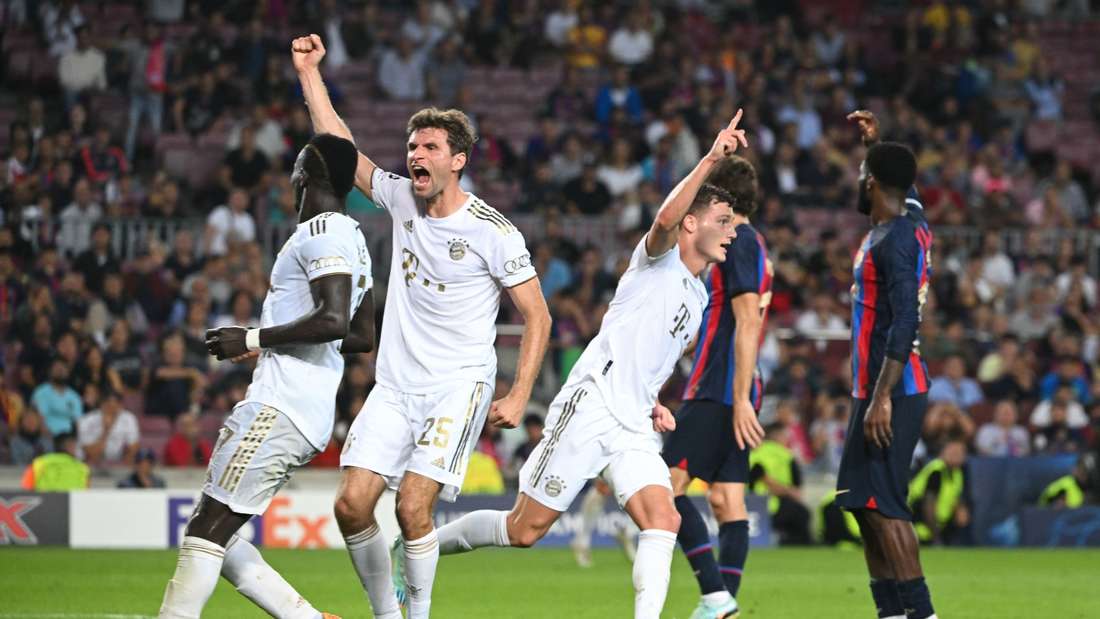