Before the Bundesliga game at TSG Hoffenheim, coach Ole Werner is not distracted by the current euphoria about Werder Bremen.

Bremen - SV Werder Bremen takes on TSG Hoffenheim on Friday (8.30 p.m. in the DeichStube live ticker) and wants to build on the impressive home win against Borussia Mönchengladbach from the previous week.

Hollywood discovered them long ago, the stories in which the nocturnal thoughts in the head can be manipulated.

have presented themselves anything but tiring lately, unimagined fantasies are also very popular in Bremen at the moment - for example, in the enthusiastic 5-1 win over Mönchengladbach, a number of fans were already singing about the European Cup.

made sure of that

Instead of cinematic aids, rousing moves and consistent shots were enough.

The memories of it still conjure up a blissful and incredulous smile on the faces of many fans even days later.

"I will not and cannot dictate to anyone what they want to dream or have to dream of," emphasized Werder's coach.

Because he knows that this feeling of euphoria can also evaporate very quickly.

Maybe on Friday in the game against

Because looking back doesn't help much.

As beautiful as he may be.

"It's always the task to concentrate as quickly as possible on what lies ahead and then be ready to invest everything again," emphasized the 34-year-old

"But that's not something we've gone into separately or need to go into.

But Friday will show to what extent we can do that," said

, looking ahead to the game at

Because of course Werder Bremen

After all, this is probably the most beautiful consistency that football has to offer.

But the task doesn't get any easier.

, for example, have currently made it to fifth place in the table.

"Hoffenheim are right where they are," said

“They are a very strong team with a lot of good footballers.

In terms of playing style, it is very similar to the Mönchengladbachers.”

Werder Bremen against TSG Hoffenheim in the live ticker: Ole Werner sees parallels to Borussia Mönchengladbach in the opponent

After the recent experiences, that doesn't have to be the worst situation from

's point of view , but the Bremen head coach immediately sent a But afterwards: "Hoffenheim is also trying to develop a game from behind, but has a little more flexibility in positional play.

In my opinion, there is also a little more speed in some positions,” he listed.

"That's why it's certainly a similar task in terms of character, but it's also more difficult.

We have to make sure that we have the same aggressiveness, intensity, communication and the same courage in possession on the pitch.” Four factors, then, in the game at

should form a formula for happiness in Bremen.

"If we can do that and do our part," emphasized

, "then it can definitely be a close game again."

With a 5-1 triumph behind them, this assessment sounds quite an understatement.

prefers to look at the experiences of the season so far, in which his team originally started as outsiders, but has now won the respect of the opponents and gained important points in no time at all.

Not somehow, but in the very own Werder way.

“We have always said that we want to play active and courageous football.

Of course it's nice to see that we're succeeding in this form," praised Clemens Fritz, head of professional football at

, before the game against

The promoted team has already scored 18 goals in this way, only FC Bayern Munich are a bit more dangerous in the league (23).

“But internally we rate it correctly.

Of course, we saw what an excellent performance we had and that the processes that Ole and the coaching team put in place worked,” said

"But it's important that we don't take it for granted." That's why behind the scenes there is more encouragement than applause.

"We are still required to be very active in order to be able to play successfully," confirmed the former

professional before the game at

Because there is no other way.

"We try to play offensively and be dangerous in all phases of the game," he explained.

"It's about giving the players solutions in moments of transition, from the build-up or in standard situations." That worked almost perfectly against Gladbach.

also wants to appear boldly at

"We have a lot of players who have their strengths in moving forward, so it's only logical that we try to play that kind of football." It's definitely one that encourages you to dream on a really good day.

Before the Mainz game: Werder's coach doesn't care about the hype, only the free market makes it loose

Werder Bremen before the duel at SC Freiburg: With respect and a lot of self-confidence&nbsp;

Werder Bremen against Mainz 05 in the live ticker: Live today!

Werder before the duel at SC Freiburg: With respect and a lot of self-confidence&nbsp; 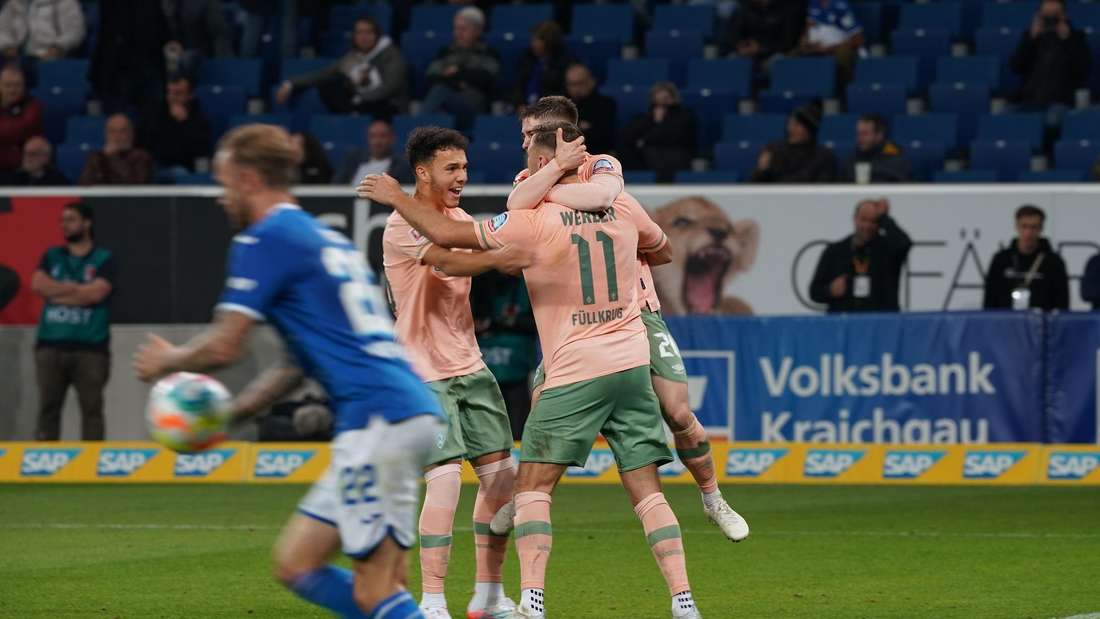 After a black Werder week against Hertha, Werner wants to polish up the home record