Goretzka: "In the end, these questions have to be asked of Julian" Created: 05/10/2022, 09:40 By: Christoph Gschossmann FC Bayern received underdog Viktoria Pilsen on the third day of the Champions League group stage. We have the votes for the game. Munich – FC Bayern Munich hosted the outsider of the difficult group in the Champions League: Viktoria Pilsen from the Czech Republic. That's what We have the votes for the game.

Munich – FC Bayern Munich hosted the outsider of the difficult group in the Champions League: Viktoria Pilsen from the Czech Republic.

That's what the participants say before and after the game (live ticker FC Bayern – Viktoria Pilsen).

Julian Nagelsmann (FC Bayern coach) after the game over...

"The boys did well.

That's how you have to approach a game.

It was quickly decided, then it splashed down.

With regard to Saturday, that was ripe.

It was a game that shows we are taking steps in the right direction.”

... how the Bavarians cracked the middle of the Pilseners:

"It's a lot about positioning.

I won't reveal everything there.

Basically, the goal is for the opponent to stand on a line.

And we found the gaps that then arise quite well.”

.. whether attacking through the center is one of his basic principles:

“They all did well.

He has had good positional fidelity.

Stanisic and Mazraoui did well too.”

Very satisfied and in a good mood: Julian Nagelsmann in Bayern's thrashing of Pilsen.

Leon Goretzka (FC Bayern) after the game over...

"Nine points from three games and a decent goal difference.

That fits, we are on course.”

"In the first half we held our positions well and in a disciplined manner.

We were well prepared for the opponent and that's where most of the goals came from.

... the fact that the center was so open:

"That didn't surprise us, we analyzed the space very clearly.

The chain doesn't push through immediately and the red zone becomes very large.”

… the competition in midfield:

"To be honest, I'm a bit tired of the fact that we talk week after week about who's in the starting XI.

We'll see on Saturday who will be on the pitch.

I'm sure we'll get a powerful team on the pitch.

It's in the nature of things, and so do the other guys, that they want to be on the pitch too.

That is my claim.

But in the end these questions must be asked of Julian.”

“We rightly received criticism during the international break.

We used the time well and focused on our game again.

We do have the claim that nobody has to tickle us, that we perform.

We're still extremely upset about the games before that."

... what Borussia Dortmund expects on Saturday:

Sadio Mané (FC Bayern) after the game over...

"The team played great, we created a lot of chances.

We deserved to win.”

“I actually wanted to pass.

Sometimes you need a bit of luck in football.

“We all knew that it was a difficult few weeks.

The reaction is more important.

We reacted well after the international break.

Hopefully it will continue like this until the end of the season.”

… the game in Dortmund:

“It will be important, it is good that we now have our confidence back.

They have a big, full stadium.

... whether he wants to predict the first goal again - he was right with three minutes against Leverkusen:

"Today there is no prophecy.

If it always worked like that, it would be nice.”

... the mood in the dressing room:

"I'm not in the dressing room that often.

As I see it, that's a space for the players.

One should free oneself from results during the week.”

… his four changes and the game:

“We have a few changes.

... his approach against Pilsen:

"I'm not a fan of being so far apart in possession of the ball, especially against opponents who are so deep.

Deep opponents are at their greatest weakness when they fan out after winning the ball and you have good counter-pressing.”

"Viktoria has clear processes, they play early on the wing.

They had moments to score goals against Barcelona too.

In the league they have a little more possession.

Despite this, they play very similarly in the league.

They deserved to be champions.”

“All three central defenders have a good desire to defend, to do their job well.

Upa is also a candidate for the World Cup for France.

He looks very, very mature, maybe it's because he's become a dad.

Matthijs didn't have an easy start because he didn't play that much at Juve.

He compensates for his weaknesses very well with good positional play.

We sorely miss Lucas - he is a little terrier.”

“Ryan is a player of exceptional ability.

Sabi [Marcel Sabitzer] has had a lot of minutes lately.

Ryan has been training significantly better for a week and a half.

In the English weeks it's also about the players not playing in different positions."

Hasan Salihamdizic (Sporting Director FC Bayern) before the game about ...

“In the Bundesliga we didn’t perform as we wanted.

That's why it was so important to win against Leverkusen.

We have a lot of games before the World Cup.”

… about the time when he was a player in which Uli Hoeneß rumbled.

Does he do that too?

“Uli had his style, we have ours.

We try our way of talking to the team and drawing conclusions - and that's what we did."

"Of course we're looking at newcomers, it would be a lie if we said otherwise.

We'll see how they fit in.

They are given a little time to settle into this big club.

I think we've brought in good guys and they're fitting in well.

De Ligt is a super boy, also in character.

I knew he really wanted to go to Munich, he was our dream player.

We and he tried very hard to make it work.

Now its worth is showing.

We love him here.”

“A young guy, a giant footballer.

He played an excellent preparation.

We really talk a lot.

We sat together at breakfast.

He tries to step on the gas in training and bring his quality to the pitch.

He didn't play that much, so it's always difficult.

He knows what he has to do.

We don't put any pressure on him."

... the failures of Müller and Kimmich and preparations for the Corona winter:

"We have to see how we manage it.

Man trying to find a line.

We have to see that we prevent it.

I'm not a great expert, but I take advice all the time.

The Wiesn has brought about a lot.

So we were careful, we were only there once.

We got through fine.

We lost two guys but I'm optimistic and hope we can do well.

We're trying to be careful and test and still not fall into this pandemic mode - and live a normal life." Bayern-PK with Nagelsmann in the live ticker: do the newcomers have to go back to the bank? 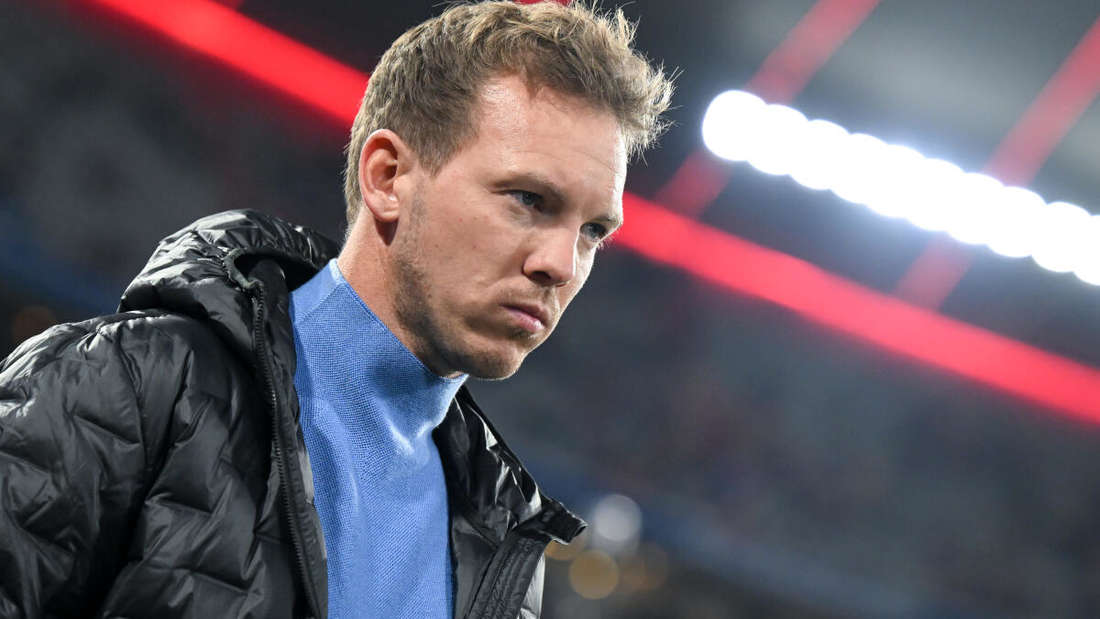 Nagelsmann explains his favorite moment against Bremen: "You don't always have to do it" Looking forward to the NFL in Munich? Bayern youngster Musiala: "Ask me about the NBA, I can tell you a lot"