Shakhtar coach Igor Jovicevic: "We must also win for our army"

The Croatian coach, trained at Real Madrid, talks about the complex situation of the Ukrainian team and the reasons that led him to it in the middle of a war 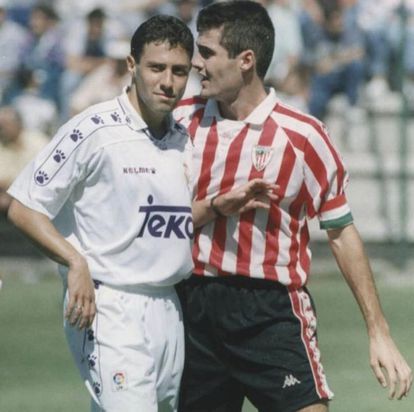 “There is no tutía”, he says in a traditional way as soon as Igor Jovicevic, the coach of Shakhtar, Real Madrid's rival on the third day of the Champions League group stage (9:00 p.m., Movistar Champions League), begins to speak.

A 48-year-old Croatian, without turning 18, the white club signed him for the quarry, so now he expresses himself in almost perfect Spanish.

He says that in the old sports city he learned tactics with Rafa Benítez, and shared a dressing room with Esnáider, Urzaiz and Víctor Sánchez del Amo, although he was left with the desire to debut with the first team because of a clause that he did not know .

Last summer, the departure of the Italian Roberto di Zerbi from the Ukrainian team placed him in the front line and, due to script impositions, his words go beyond football.

What do you talk to your players about taking into account the situation in the country?

Are your speeches more emotional than tactical?

I don't think there is another coach in my situation, but you can't beat Leipzig without tactics.

Not only by heart you win a game, although it helps you compete and push the limits.

You must have a plan, know what you want to do when you have the ball, when you lose it, where you press...

Your Shakhtar has nothing to do with the one the fan knew, it is no longer a Brazilian embassy.

14 plus one Israeli left.

Unfortunately, the project has changed.

We have become a Ukrainian Shakhtar, with the young talents who for many years sought their chance and did not get it.

It's a giant leap for them, but there isn't your aunt, you can't wait, the Champions League is played now.

When a game starts, nobody understands that you are in a war.

The fans want to win, even if you play with cadets.

Now we are a Ukrainian Shakhtar with young talents

How do you explain such a good start [four points, second in the group]?

In Leipzig (1-4) we showed an inappropriate personality for an almost inexperienced team, although with a lot of quality.

Maybe that leads us to madness, not to think about the consequences.

Madrid is the best in the world, we already know that, but we also remember the

We are in a moment of suffering, but also of challenge.

You're training and suddenly the siren goes off and you have to go to the basement.

Does it happen to you very often?

Every time we are in Lviv, in Lviv as they say in Spanish, it rings.

We play the league there.

In the locker room is there more talk about football or war?

There are players who lost their home in 2014 [due to the situation in Donbas, where the club is from] and this year, in Kiev, again.

Every day I hear them talk about politics because they have friends and family fighting for freedom.

Of course it affects them, just like me, a Croat working in the Ukraine under the sirens.

Any progress of the army is a morale booster and it is our responsibility to also win to give excitement to our soldiers.

It is a motivation that our forces are united with those of soldiers.

We need to show the world that everything is moving forward.

You live between Warsaw, where you play in the Champions League, and Lviv.

How is your routine?

We live in hotels, buses, trains and planes.

I, as a coach, do not have my own house.

Lviv is the closest city to Poland, but it takes four or five hours by bus, another two in customs,

at the airport and waiting for the plane, which is true that it is private to the club.

We never have a day off.

And, if we play badly, nobody is going to say that we don't have a home.

We accept it, it is the least we can give the fan.

Igor Jovicevic, in a match against Athletic's subsidiary at the Bernabéu.

I have been connected with Ukraine for 20 years.

I played in 2003-04 at Karpati Lviv, in 2010 I was their sporting director, then their coach, and two seasons ago I started at Dnipro.

I am not just another foreigner, I feel like one of them.

And then there are proposals that you cannot refuse.

I knew that the project was changing and that it was going to be very difficult, but I wanted to prove myself at the highest level.

Did you have personal doubts?

There is a certain risk, we cannot fool ourselves.

But I thought that, if the league started, there were guarantees.

And the time you spend in Warsaw you are more relaxed.

My family supported me.

My wife and two children live in Zagreb.

I'm not with them, but I know what I work for and for whom.

Have you felt real fear?

The first days of the invasion were chaos, nobody expected it.

It took us three days to leave the country.

You were going one way and there was a destroyed bridge.

You tried it for someone else and the police told you that it was not safe because of the Russians.

You were going through Moldova and neither.

In the end, we made it through Romania after 60 hours in the car, running out of gas.

You also had a war.

When he started in the Balkans, he signed for Madrid.

She smelled that she was going to start.

I had been named the best player in the U-17 European Championship and was on Vicente del Bosque's agenda.

The first days I was hidden in a hotel.

During all that time, in Castilla I coincided with Esnáider, Urzaiz, Ramis, Fernando Sanz, Víctor Sánchez del Amo and Dani.

Raúl only played one game with us, which we lost 2-1 in Palamós.

I remember a lot Rafa Benítez, with whom I learned a lot about tactics.

My father was his assistant at Castilla and Valladolid.

Until the last season I got injured, at the same time as Álvaro Benito, and that's where my career was cut short.

Then I went to China, Brazil, Japan and Ukraine.

You never debuted with the first team.

They called us a lot to train, but over time, already out of Madrid, I found out that, if I had debuted, they would have had to pay me an amount.

If he found out, I'll take it down.

But look, now fate has led me to train in the Champions League at the stadium where I made my debut, in 1991 against Figueras.

And these days we stayed in a hotel with the four towers, where the old Sports City used to be.

Which Shakhtar will be seen against Madrid?

I want the players to be them, talented and gamers.

Maybe excellence doesn't allow you to win either, but who knows. 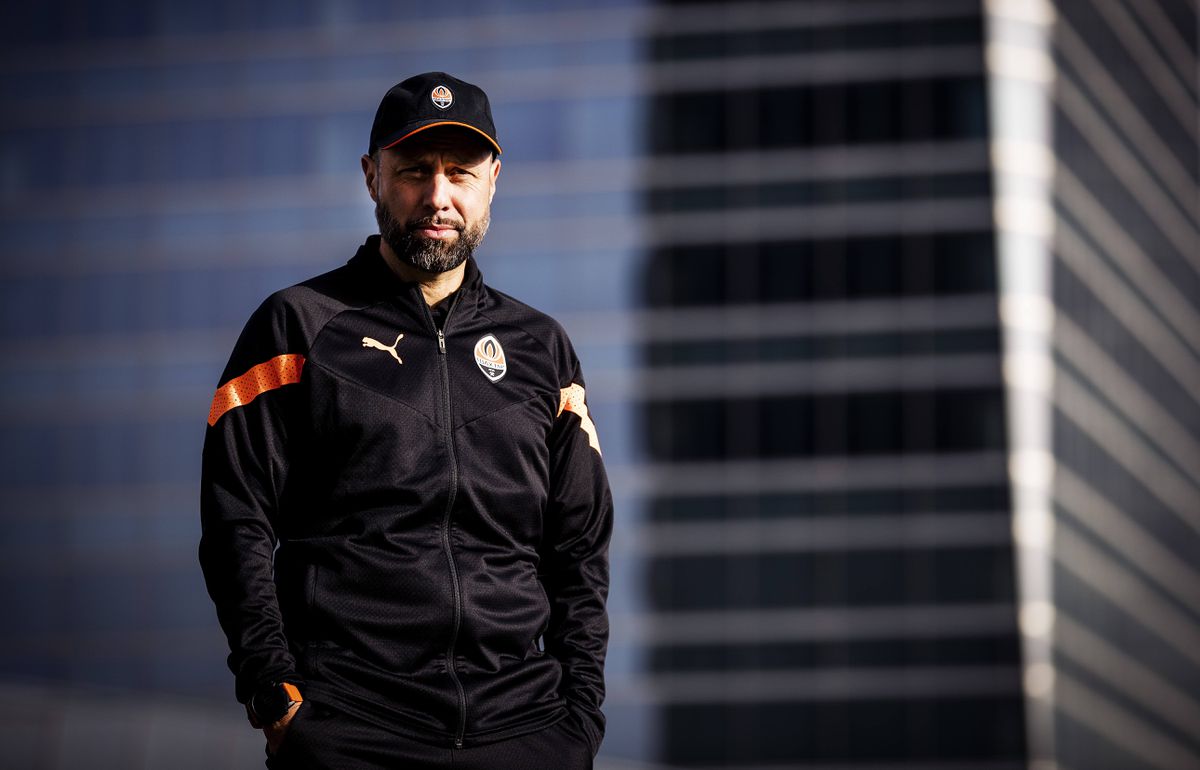 Shakhtar coach Igor Jovicevic: "We must also win for our army" 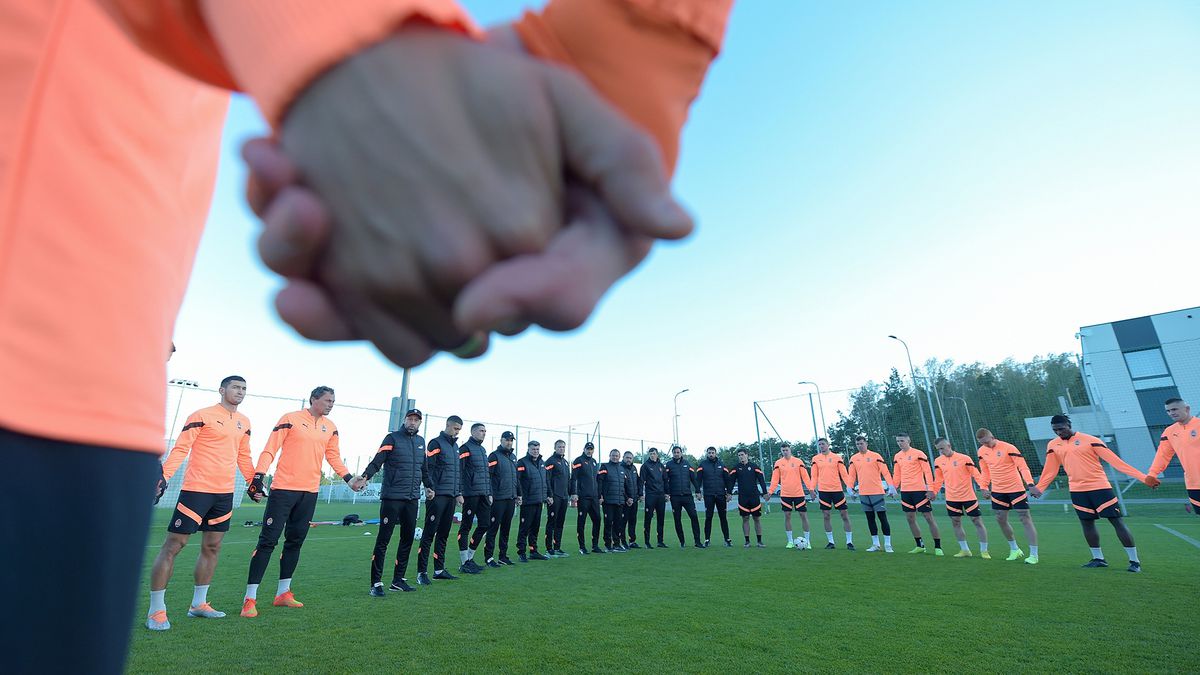 “It's not just football; we talk about life

Shakhtar focuses on Real and thinks about Ukraine: "The atmosphere is like a funeral" - Voila! sport 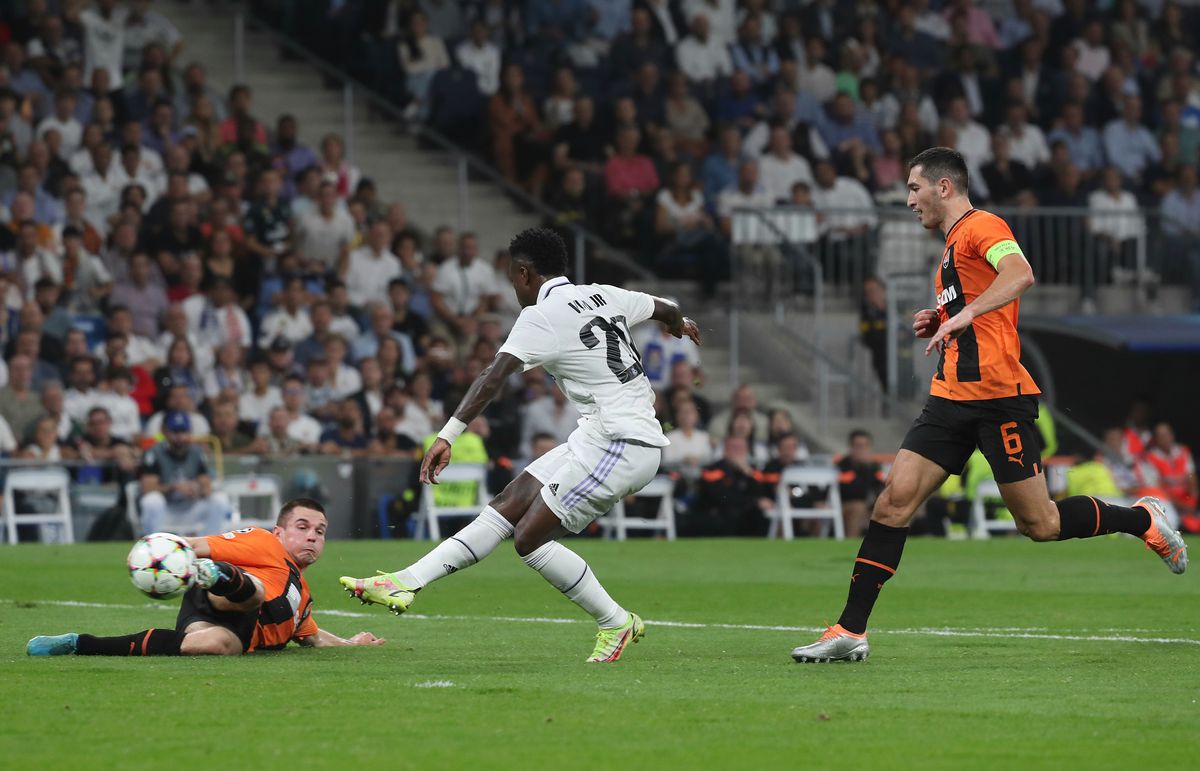 Ukraine plays football despite war: "We have to show the enemy that we are unbreakable"

Ukraine plays football despite war: "We have to show the enemy that we are unbreakable"