Leroy Sané (right) scored to make it 1-0 for FC Bayern.

FC Bayern doesn't give outsiders Viktoria Pilsen a chance in the Champions League.

The game from Munich in the ticker to read.

Bayern have their sights set on the round of 16 in the Champions League.

The Munich team leads the table in Group C with a maximum of nine points.

It was the 31st group game without a defeat - a record in the premier class.

The Munich team had already won easily at Inter Milan and against FC Barcelona (each 2-0).

Leroy Sané shines: Round of 16 in the premier class is within reach after a third win

Bayern defeat a chanceless Viktoria Pilsen and after nine points in three rounds of Group C are as good as in the round of 16.

88 minutes: Bayern have 66 percent possession up to this point.

Where the players of FC Bayern Munich live

85 minutes: With this score, we can already look at Bayern's upcoming tasks.

On Saturday, the Munich team faces the German classic in the Bundesliga at Borussia Dortmund (6:30 p.m.).

Next Wednesday the premier class will continue away in Pilsen (9 p.m.).

By the way, the stadium in the West Bohemian city only has 11,700 seats.

80th minute: Bayern play this down with ease.

Viktoria only tries with long balls.

But the Czech champions cannot get through the red bulwark with these.

76 minutes: Sabitzer is in a final position immediately after being substituted on.

But the accuracy is lacking.

But Neuer has no problems with his shot either.

The game is over.

Everyone gets a chance: Eric-Maxim Choupo-Motin (centre) was also one of the goalscorers against Pilsen.

In Munich it becomes clear: Choupo-Moting increases for Bayern

Again it hits the Viktoria's box!

Again, the Munich team play it out quickly over two or three stations.

Goretzka puts through for Choupo-Moting at the edge of the penalty area.

The massive striker takes the ball with him smoothly and hammers the ball against the inside of the post.

The Munich audience says goodbye to him with warm applause.

55 minutes: Pilsen defends itself at least a little.

The Czechs hit the front with vigorous pressing.

But: The Munich defenders also solve this task with confidence.

There's nothing for Victoria to get here.

The attacker's next dream goal.

Mané hits a cross to the six-yard box.

Sané shakes off his opponent with quick steps.

He takes the ball with the outside of his instep beautifully and then finishes past Tvdron with the inside.

And all this with two ball contacts.

46 minutes: The Champions League game continues in the Isar metropolis!

45 minutes: Break in the Munich Arena!

After a one-sided first half, it's off to the cabins.

But Davies was careful and snatched the ball away from his opponent.

Mané curls the ball over the cross corner from a standing position.

Munich play for the fourth goal.

The ball is in the Czech box again.

Sané, Gnabry, Mané and then Musiala puts the ball in.

But the goal doesn't count as a Munich player was minimally tiptoed offside.

34 minutes: Bayern besiege the opposing sixteen now like in the power play in ice hockey.

Pilsen can no longer catch a breath.

29 minutes: Uhhhhhhh … de Ligt is down with pain.

The Dutchman received a blow to the upper body.

After a short treatment, however, he can continue.

26 minutes: The Czechs cross in front of the six-yard box.

But striker Chory comes too late.

No problem for the Munich defense against an opponent who is overwhelmed in every respect.

It is Mané's Champions League debut goal for Bayern.

Is this a runaway victory?

17 minutes: Next dangerous action by Bayern.

Gnabry brings a free kick to the second post.

But Tvdron is there and punches the ball away.

And again it rings in the box of the guests!

Gnabry sticks through the penalty area for Gnabry, who is looking at keeper Tvdron.

The Czechs act very cautiously and try to make the middle tight.

There is the early lead for Munich.

Sané plays a one-two with Musiala in midfield.

The national player pulls through the alley with a lot of speed and shakes off two or three men.

He aims at the goal and hammers the ball under the crossbar.

6 minutes: In the early minutes, the Munich team still has one or the other bad pass.

But de Ligt wins the header duel against the tall Chory.

Well taken care of by the Dutch defender.

1 minute: Mané bravely tackles the sideline of the opposing half.

That gives applause for the striker.

1st minute: It starts in the arena in Fröttmaning!

FC Bayern vs. Viktoria Pilsen in the live ticker: Nagelsmann wants to "top up" in the Champions League

Julian Nagelsmann is on the microphone at DAZN.

"You should free yourself from results and concentrate on the job," said the Bayern coach after the 4-0 win over Leverkusen.

He demands: "It's about topping up and staying tuned in the Champions League." What does Nagelsmann expect from his team?

"A structure without large spaces is important to have the necessary connection and to support one another and to quickly regain control," he says with regard to pressing and counter-pressing.

His team should not offer too much space in order not to run the risk of counterattacks.

Today's opponent is in the Champions League for the fourth time.

The goalscorers for FC Bayern at the time were Franck Ribéry (2x), Bastian Schweinsteiger, Mario Götze and David Alaba.

FC Bayern is again struggling with corona concerns about this Champions League game.

Thomas Müller and Joshua Kimmich are missing against Viktoria Pilsen after a positive Covid test.

The week before, Manuel Neuer and Leon Goretzka had to leave the national team positive for Corona.

"I hope we get through this time well.

We try to be careful and test," explains Bavaria's sports director Hasan Salihamidzic at

: "But we will not fall back into this pandemic mode.

can be eagerly awaited whether Gravenberch will take over the part as a six or Goretzka.

And who plays more offensively oriented.

FC Bayern line-up: Mazraoui and Gravenberch are allowed to play from the start

There is already the line-up of FC Bayern: Mazraoui and Gravenberch are allowed to play from the start.

Goretzka can play for Sabitzer in defensive midfield.

The club has now apparently ordered new security measures for its professionals.

Ahead of the game against the Czech champions, the 35-year-old from Bavaria hinted that Ryan Gravenberch could start in defensive midfield.

Munich – FC Bayern is back on track in the Bundesliga after the clear 4-0 (3-0) win over Bayer Leverkusen.

Tonight (from 6.45 p.m.) Bayern want to open the door to the round of 16 in the Champions League.

Because: With Viktoria Pilsen, an absolute outsider is a guest in the Allianz Arena in Fröttmaning.

Anything other than a victory for the German record champions would be a huge surprise.

, the market value of the Czech champions' entire squad is just 28.5 million euros.

For comparison: Only the base fee for the new central defender Matthijs de Ligt was rumored to be 67 million euros this summer.

Matthijs de Ligt: Munich's new star gets a dig from the ex-Juve star before the Pilsen game

Around the 23-year-old Dutchman, who came to Munich from Juventus Turin in the summer, there was another dig from Italy.

"I wouldn't have bothered to talk.

Unfortunately, in football, we tend to blame others, especially the players themselves.

We never look at ourselves and admit that we could have given more," said former Juve defender and Italy international Andrea Barzagli in an interview with the

De Ligt had previously said at

about Serie A: "In Italy it's more about tactics and the desired system - and less about intensity, and certainly less about sprints." That's why he was training at Bayern in its intensity "not used to it yet".

"Now I'm in good shape," said the Dutch defender, who joined Juventus when he was just 19.

FC Bayern against Viktoria Pilsen in the live ticker: Hardly any Champions League experience with the opponent

"I wouldn't have said anything instead of speaking badly.

In a few years he will probably do things differently,” said the 41-year-old veteran Barzagli, who became world champion with Italy in Germany in 2006.

Initially, de Ligt did not get a regular place at Bayern, but recently he prevailed.

Can he - despite the criticism from Turin - also deliver in the premier class?

Follow the Bayern game against Pilsen tonight from 6.45 p.m. here in the live ticker. FC Bayern wins at Inter Milan: Leroy Sané scores himself and forces an own goal 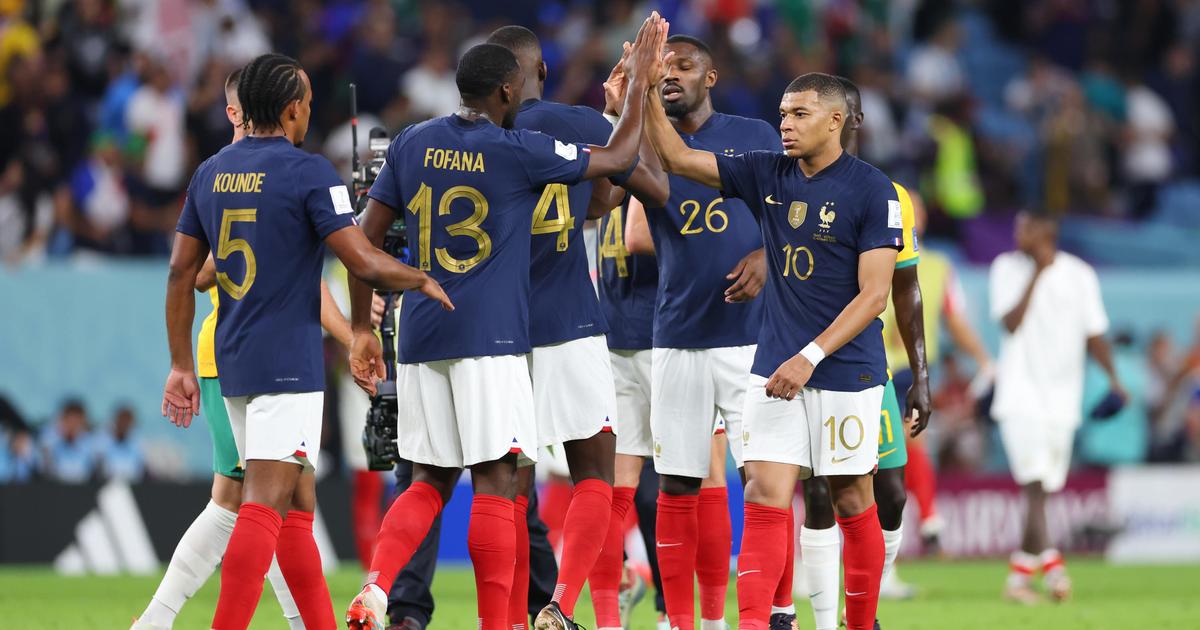 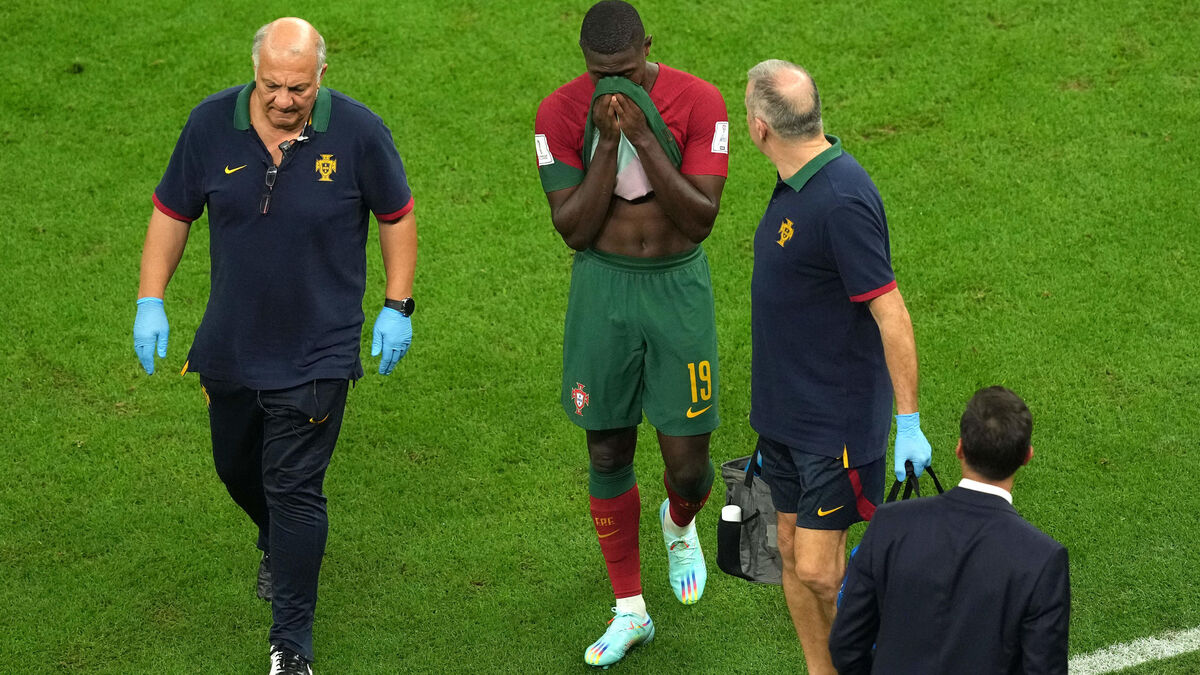