The victory against the Spanish team took the Lombard club by surprise, which contacted the German coach due to the foreseeable dismissal of Inzaghi after a month of poor results and a revolt in the locker room

Barcelona's passage through the San Siro had an effect as balsamic as it was disconcerting at Inter Milan.

In the board of directors of the Italian club nobody gave a lira for the victory, according to sources close to their leaders.

But Hakan Chalhanoglu's shot from outside the area, a more or less accidental whipping that led to the only goal in Tuesday's 1-0 victory against Xavi's team, put out the fire that had started and froze the negotiations undertaken to hire a technician who would allow Simone Inzaghi to be fired.

Steven Zhang, the president, and Giuseppe Marotta, the sporting director, had sent envoys to propose a contract to Thomas Tuchel last week.

The operation to sign the coach who won the Champions League with Chelsea in 2021 was only pending an affirmative answer.

Tuchel doubted because, according to intermediaries who work for Juventus, he hopes that the Turin club's bench will also be vacant.

Asked about it by this newspaper, the representative of the German technician preferred to postpone the answer.

The 1-0 paralyzed the talks in a context of growing complexity.

Inter, who until losing the Milan derby last spring were determined contenders for the league title, fizzled out after the effort.

Last summer the squad experienced the depression that usually happens to frustrated companies when they consume all the psychic energy of the footballers.

The finished cycle sentiment deepened in the market.

Because it turns out that the intended great reinforcement, the playoff of Romelu Lukaku, sold to Chelsea in 2021 and recovered via transfer in exchange for half salary, became an immediate disappointment.

"Lukaku has been here for a week and they don't even want to see him anymore," warned an agent who participated in the operation, at the beginning of August.

The 95-kilogram, 29-year-old Belgian striker gave such an outmoded, idle and dilettante impression that Inzaghi warned the board that he had more than enough.

Thus began to break the idyll between the coach and the owner, the Chinese Zhang, who cut off the faucet of acquisitions while letting Perisic go, the most unbalanced player last season.

Since then, Inter have played eight Serie A games and lost four.

Now he is ninth in the standings, eight points behind the leaders, Napoli, and five points from Champions League positions, to the alarm of the owner, who considers the dispute of the continental competition as a financial priority.

The defeat against Roma last Saturday (1-2) at the San Siro deepened a crisis that, according to witnesses, ended up contaminating Inzaghi's relationship with his squad.

This Monday, the day before Barcelona passed through Milan, in the center of Appiano Gentile the kind of indolence that presides over groups of footballers spread when they decide to emotionally disassociate themselves from everything that the coach asks of them, in the hope that a change can give them back the oxygen they feel they are losing.

Asked about the situation of Lukaku, apparently injured, this Monday Inzaghi responded with his usual conciliatory demeanor at the pre-match press conference: “In this club we are all going in the same direction, management and coaching staff.

Lukaku's loan was a choice made by all of us”.

Symbol of a chain of misunderstandings, Lukaku is the elephant that everyone pretends to ignore in Inter's china shop, although every decision revolves around his presence.

Also the intended signing of Tuchel, who, according to sources close to the board, has been offered 12 million euros net salary per season, among other things, to do in Milan what he did in London: force Lukaku to leave the club as soon as possible, if possible in the next Christmas market.

In this, too, Tuchel's position is paradoxical.

The German coach squandered the prestige he gained by winning the Champions League when he insisted on signing Lukaku for over 110 million euros, against the wishes of Roman Abramovich, the ill-fated owner of Chelsea, who insisted on acquiring Haaland for half the price.

Like Inzaghi, Tuchel's enthusiasm for the Belgian giant lasted less than a month.

The conflicts between the two raged unchecked until this summer Lukaku was returned to Inter and Tuchel was fired after a poor start in the Premier.

The circle was about to close when Lewandowski's Barça appeared providential.

Now, the ominous reunion of Tuchel and Lukaku will have to wait, in the best of cases.

As Zhang posted on Instagram early Wednesday: “This is one of the million reasons why we love you, Inter.

Tuchel, as long as everything continues like this, he will wait.

To Inter, or to Juventus, who have also contacted him through an intermediary.

Because Massimiliano Allegri is on the wire, another coach put in charge of a project that led to winning Serie A and who, today, suffers from finishing fourth.

“This could be the beginning of something new”, said Inzaghi, surviving in his position, in the middle of a party at the San Siro, waiting for the second leg at the Camp Nou, on Wednesday of next week, on a trip that probably not even he expected to be able to perform. 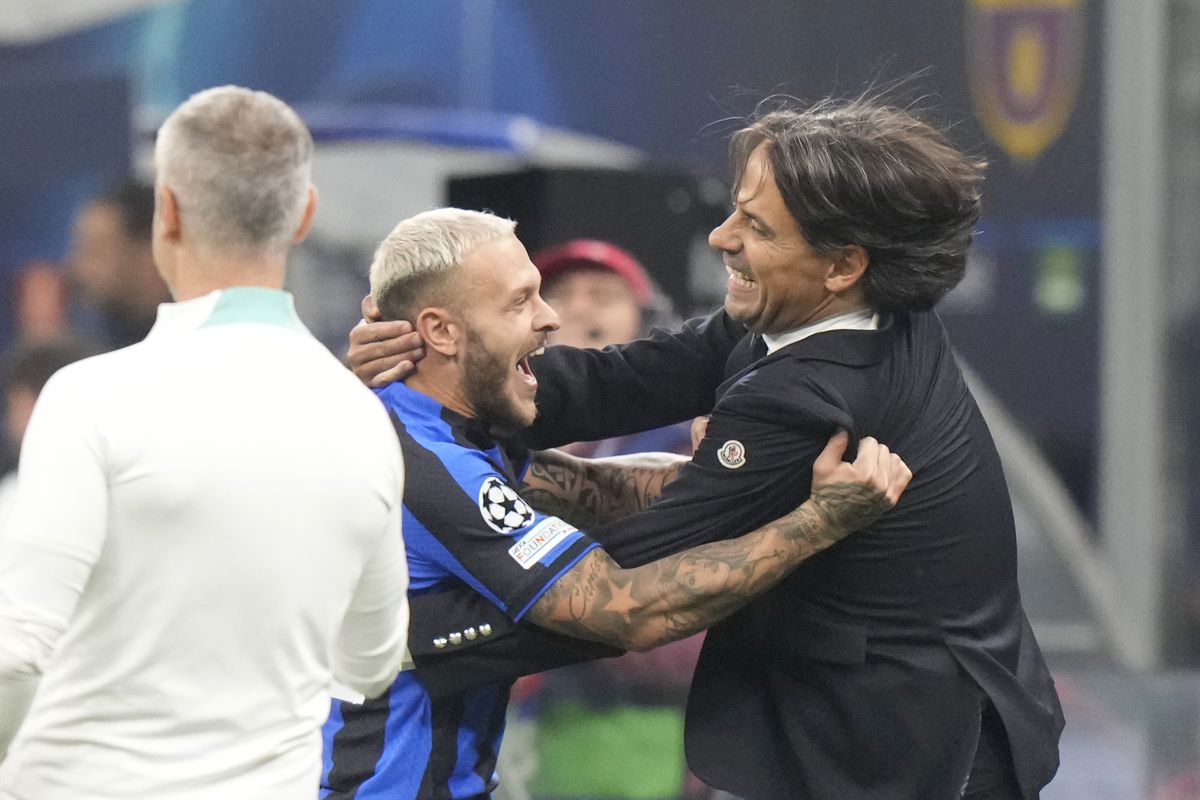 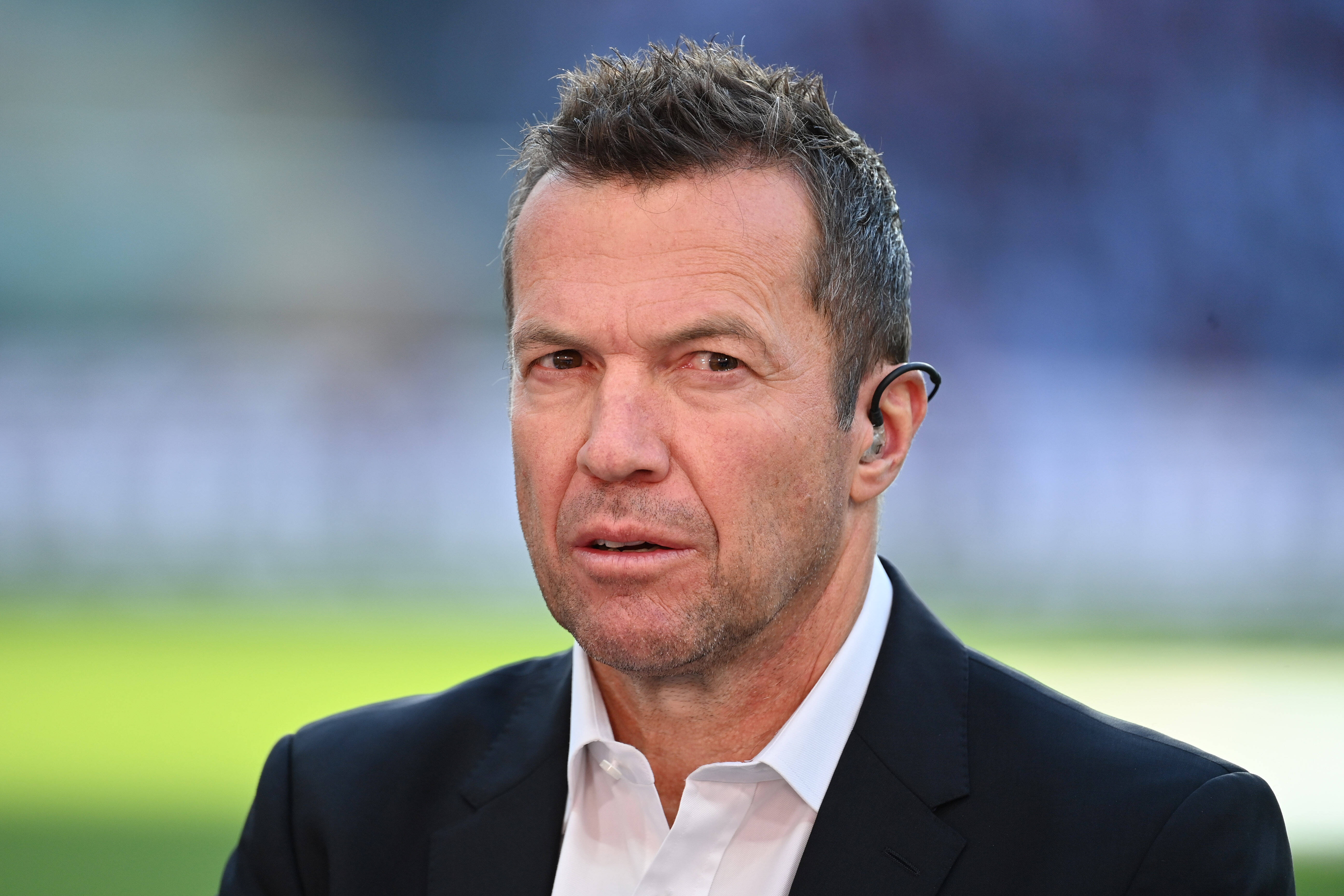 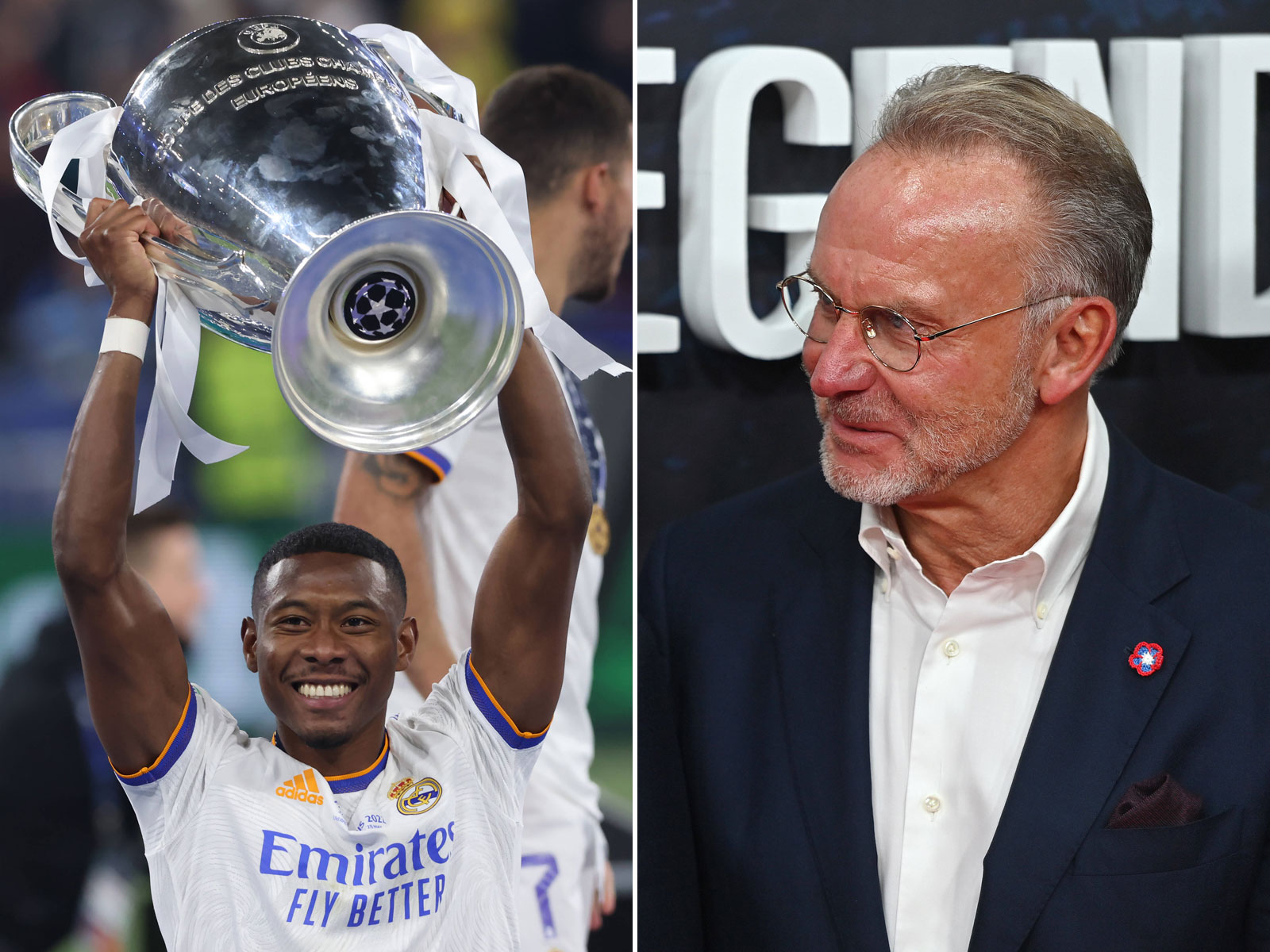 World transfers: Dortmund go all out on Haller, Ramsey was shown at Liverpool - Walla! sport 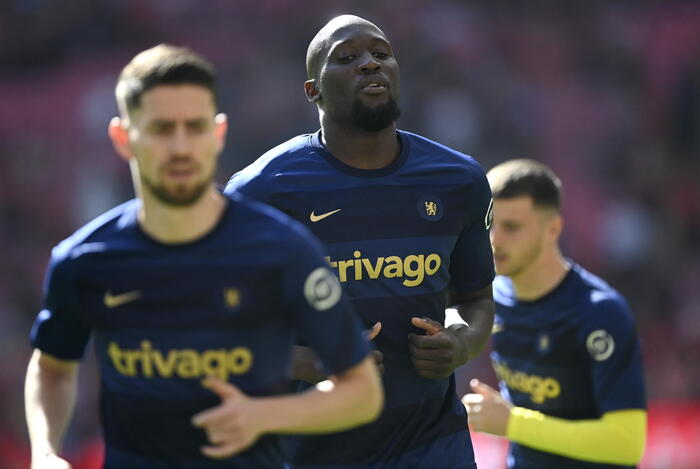 "Then you know what's going on": Thomas Müller raves about Inter-Stadion - and tells an anecdote 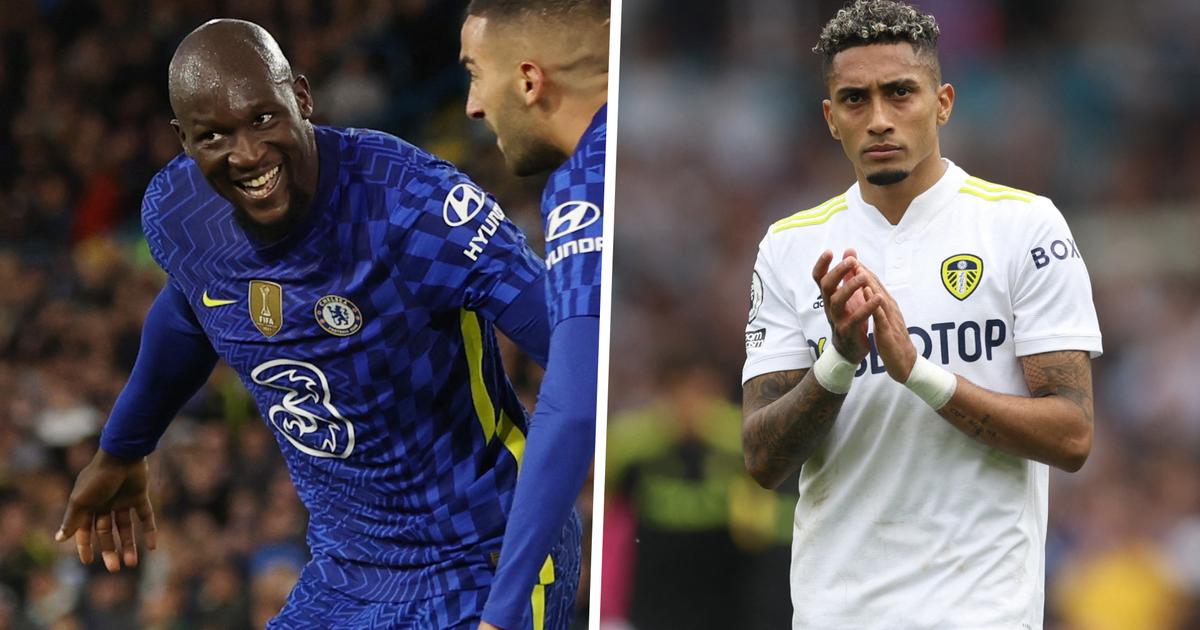 The transfer window newspaper: Inter is busy for a return of Lukaku, the (big) price asked at Barça for Raphinha 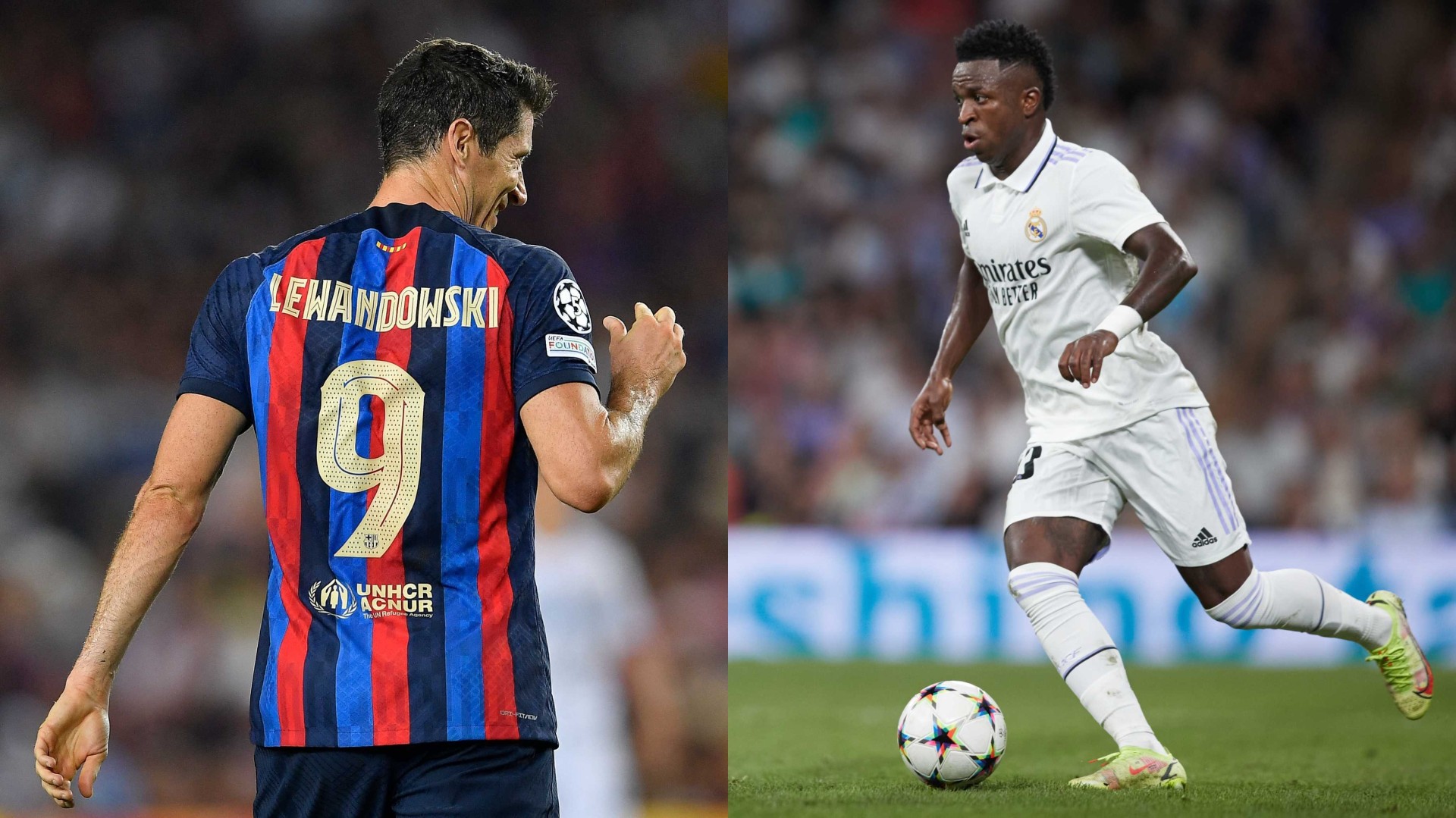 Third day of the Champions League: previous and schedules of Barcelona, ​​​​Real Madrid and more