In the last seconds of the World Cup broadcast: ZDF sends a strong signal against the DFB team Created: 11/24/2022, 12:59 p.m By: Maximilian Kettenbach Manuel Neuer will not wear a "One Love" armband at the World Cup in Qatar as a sign of diversity and tolerance. The DFB bowed to FIFA. The ZDF reacted unequivocally. Munich – "Chris, I've already tormented you enough with the subject today, do Manuel Neuer will not wear a "One Love" armband at the World Cup in Qatar as a sign of diversity and tolerance.

The DFB bowed to FIFA.

Munich – "Chris, I've already tormented you enough with the subject today, do you want to say something else?" moderator Jochen Breyer asked the ZDF expert for the 2022 World Cup in Qatar, Christoph Kramer.

But he waved it off with a laugh, saying he had said everything about the (almost) all-dominant sports-political topic of the day and was just tired, as reported by tz.de.

Germany's Manuel Neuer will not wear the "One Love" captain's armband against Japan on Wednesday, that became known on Monday afternoon and was the message of the day.

Seven other teams are affected.

The DFB declared itself.

You have to bow, the threats from Fifa are huge.

According to the statutes, each captain must wear an armband provided by FIFA.

In addition to personal penalties for the captains, the teams at the 2022 World Cup are otherwise not safe from losing points.

German national team: The players with the most World Cup appearances

World Cup participants who wanted to wear the "One Love" captain's armband:

While Kramer repeatedly defended the DFB and the team for its withdrawal, but called the FIFA back-and-forth “monkey theatre”, Breyer emphatically railed against the associations, which are now backing down, over the course of the show.

Also against the DFB.

You have to stand up to FIFA at some point, the ZDF man demanded.

He also asked whether all eleven DFB players should wear this bandage.

"Then FIFA should have shown its colors in front of the world public," said Breyer.

He and his ZDF team announced the color shortly thereafter, at the end of the live broadcast.

"We end the show with the picture of the day, from our point of view," Breyer began.

"Seven European federations said: We refrain from protesting because sporting sanctions are being threatened, while the Iranian internationals decide to protest.

Although what's threatening them is a lot worse," Breyer said.

The traditional images of the day, which usually show happy fans and beautiful goals, now showed the silent Iranians during their anthem before the game against England (2: 6).

A clear statement from the moderator and the editors against the attitude of the DFB.

And at the same time the homage to the courage of the Iranians who, through the anthem boycott, expressed their solidarity with the protests in the homeland, which are directed against the local regime.

Since the state there is becoming increasingly aggressive against demonstrators, you can roughly guess what the players will get if they return – do they dare to go back.

"Binding" scandal at the World Cup: Political sidelines dominate the first days of the tournament

For FIFA, the politicizing side scenes surrounding the World Cup are actually what its President Gianni Infantino always wanted to avoid.

In a letter beforehand, he called on the associations to cut back on criticizing the host Qatar.

Thousands of deaths of guest workers during the construction of the World Cup stadiums have been causing outrage for years, and Qatar's attitude towards the LGBTQ+ community and women's rights are also ongoing debates.

The "One Love" bandage should stand for diversity, openness and tolerance as well as for human and women's rights and thus be a statement against homophobia, anti-Semitism and racism.

Infantino, who committed himself to diversity in an almost bizarre way at the opening ceremony, is actually courting Qatar's Emir Tamim bin Hamad Al Thani with the ban.

For game one, the seven European associations seem to have decided to withdraw, but the World Cup is still a long way off, and perhaps Neuer & Co. will at least take a small example from the courage of the Iranians in another game.

That would probably also be in the interests of the ZDF duo Kramer and Breyer. World Cup 2022: When does the DFB team play? All broadcast dates at a glance 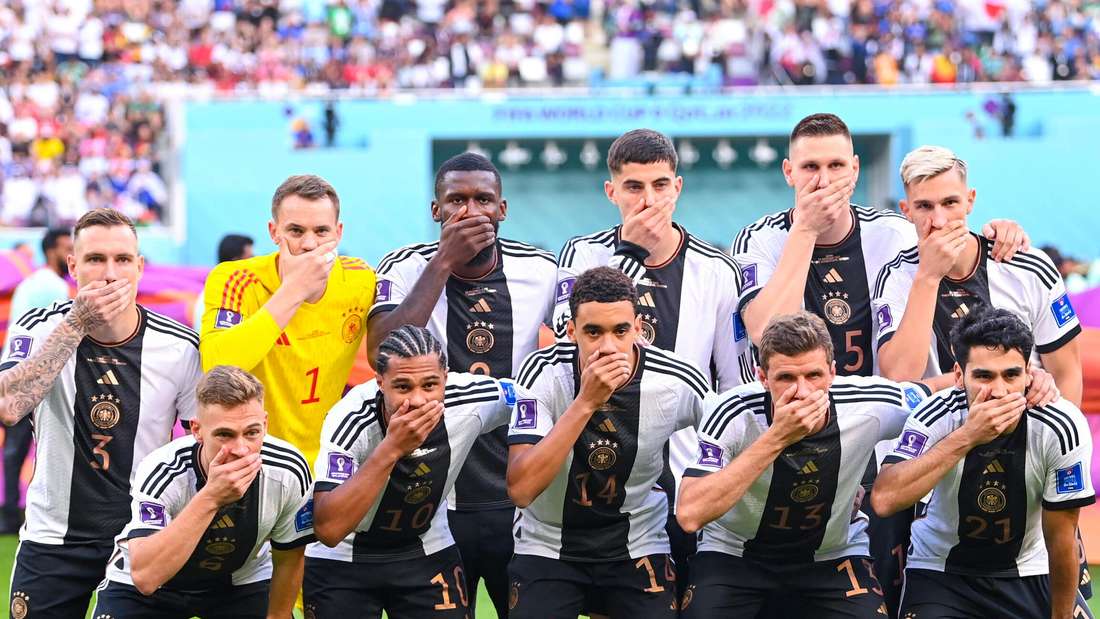 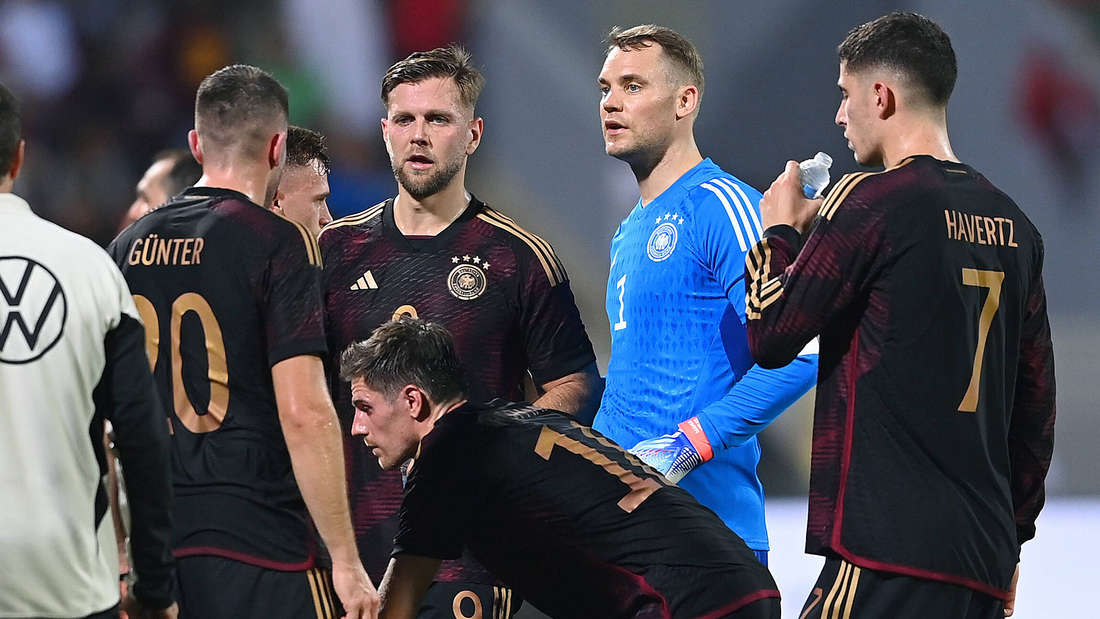 "One Love" scandal: Full pitcher expresses itself as the first DFB star 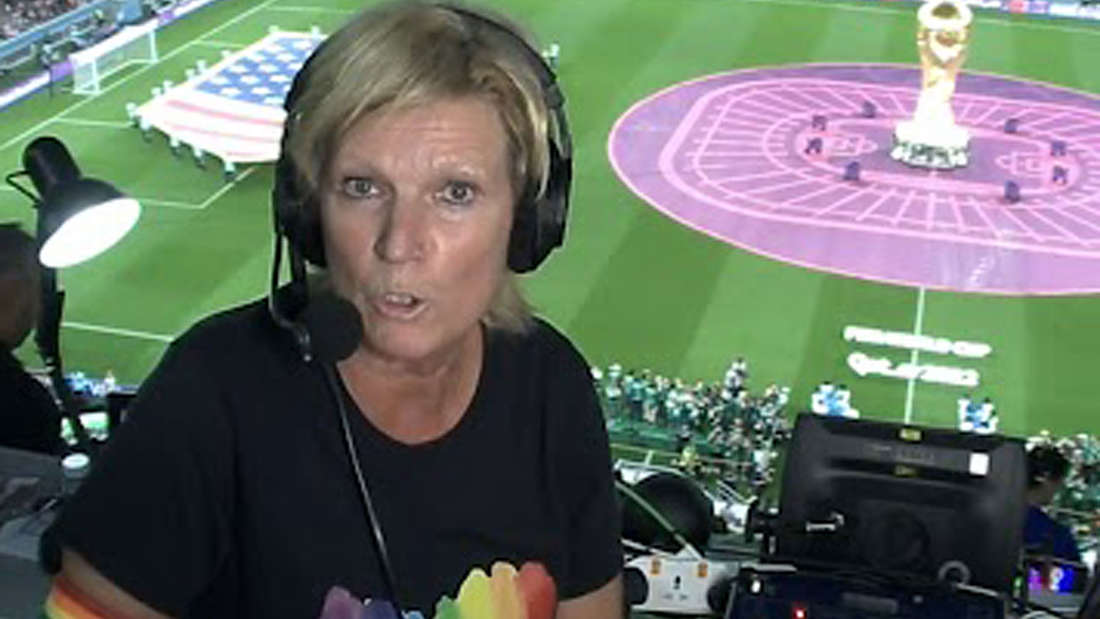