The 30-year-old Czech defender has already scored 14 points for the Geretsrieder River Rats in the current Bayernliga season.

In his first interview in German, Czech defender Marek Haloda talks about his goals with ESC Geretsried, people's willingness to help and his personal happiness.

Geretsried – In 2020, Marek Haloda came from his homeland in the Czech Republic to join the Bavarian league ice hockey team ESC Geretsried.

From the start he drew attention to himself as a defender with an offensive drive.

But the current season is going particularly well for the 30-year-old: after 14 games he has already scored eight goals and provided six assists, putting him in 19th place in the list of all contingent players as the best defender. Haloda also scored last weekend a goal each in the 5:3 home win against Schweinfurt and the 5:7 defeat in Peißenberg.

It was high time that the sympathetic Defender met with sports editor Thomas Wenzel for his first interview in German – with a little translation help from his girlfriend Vanessa.

Mr Haloda, those were two exciting games over the weekend - and you scored a goal in each...

Schweinfurt were good opponents, but we just wanted the three points more.

Luckily we had our goalkeeper Martin Morczinietz as a safe support.

Wasn't it enough on Sunday in Peißenberg despite catching up?

We allowed ourselves ten bad minutes in the first third and conceded four goals.

But from the second third we were equal and in the final section we really put Peißenberg under pressure.

How satisfied are you with the way the season has gone so far?

The start was certainly a failure with only two points from the first six games.

We often played well, but we also lacked the necessary luck.

There was then a discussion and a change of coach from Stefan Roth to Hans Tauber jun.

After Markus Janka and Peter Holdschik (first and second ESC chairman, editor's note) were in our dressing room and spoke to the team, things started to improve.

VSG women: Not cool enough yet?

BCF is too careless with its chances

You have been in Geretsried for two years now.

How did the change come about?

That came about through my friend's father, Georg Güttler.

Peter Holdschik played with him in the 1990s at EC Kassel in the 2nd Bundesliga.

At that time you had just been promoted to the 2nd Czech league with Draci Sumperk?

Yes, but I liked the offer from Germany, i.e. from the River Rats, better.

I wanted to get to know something new and also learn a new language.

When did you start playing ice hockey?

I stepped on the ice for the first time when I was four years old.

My whole family is obsessed with ice hockey.

My brother Ondrej, for example, is a goalkeeper in the 2nd division in Sweden.

How has your career gone?

I was born in Uherske Hradiste, but switched to HC Zlin when I was 14.

Then I also played in the Czech U18 and U20 league.

Did you want to go pro?

After school and high school, I only played ice hockey, mostly in the 3rd league, i.e. upper league.

Especially the time at VHK Vsetin was great - there were often 6000 spectators at the games.

So why didn't the jump to the top work out?

When I was born in 1992, there was simply too much and too much competition.

You have now been in Geretsried for two years.

My girlfriend and I like it here very much.

People are generally very friendly and helpful, including my teammates.

Did you know that a number of Czech coaches and players have been active here?

I didn't know that before, but I found out about it here.

There were a lot of people from the Zlin region, like Horst and Tomas Valasek, as well as Michal Tomek and Radim Radevic.

In addition, well-known players such as Vladimir Kames and Rostislav Vlach.

You're not just a professional ice hockey player here, you work full-time.

Right, in the Edeka supermarket in Waldram.

I'm also very grateful to my boss Klaus Heininger that I have a job here and that he always understands when it comes to ice hockey.

You even stayed in Geretsried when the 2020/21 season was canceled due to Corona.

Was it not an option to go back to the Czech Republic?

No, we were rather happy that at that time my part-time job was increased to full-time.

What are your sporting goals – short and long term?

First and foremost, I would like to help the Geretsrieder team that we still manage to finish eighth and thus qualify for the promotion round.

But that will be very difficult because we are still seven points behind.

Would you like to continue playing at the ESC?

At the age of 30, an ice hockey player certainly no longer has big career plans (laughs).

But if the club wants me, I'd be happy to stay for a few more years.

And what are your private prospects?

First and foremost I am grateful to my friend Vanessa.

She is a great help to me, not only because she speaks German and Czech.

She helped me find my way around here better.

And we are both very happy with our son Niklas, who is now six months old.

Of course I hope that he will play ice hockey one day (laughs). Questionable penalties against the River Rats 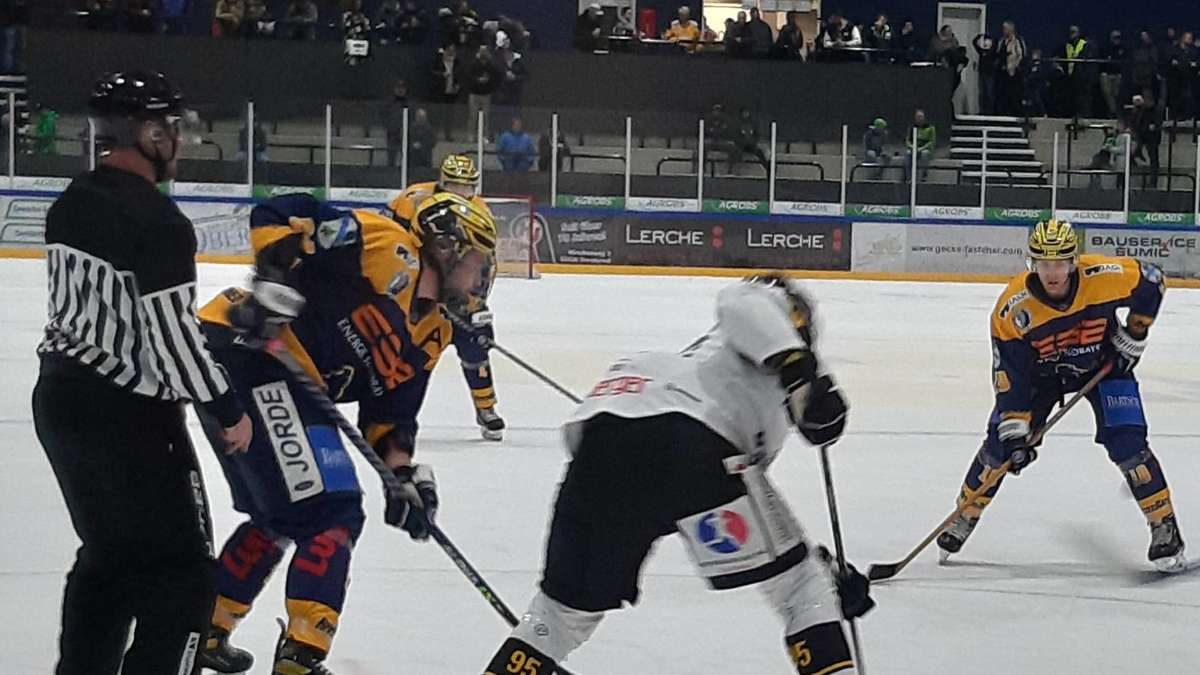 ESC wins 5: 3 in Erding: "The boys have torn themselves"

Too offensive: ESC wins with difficulty ESC coach Roth: "We have to win our games through morale"