Disappointment in Maccabi Tel Aviv: "A painful loss, we wanted it very much" | Israel today

The Yellows took the dramatic loss to Red Star Belgrade hard: "Unfortunately it wasn't our game, but we have to keep our heads up, move forward" 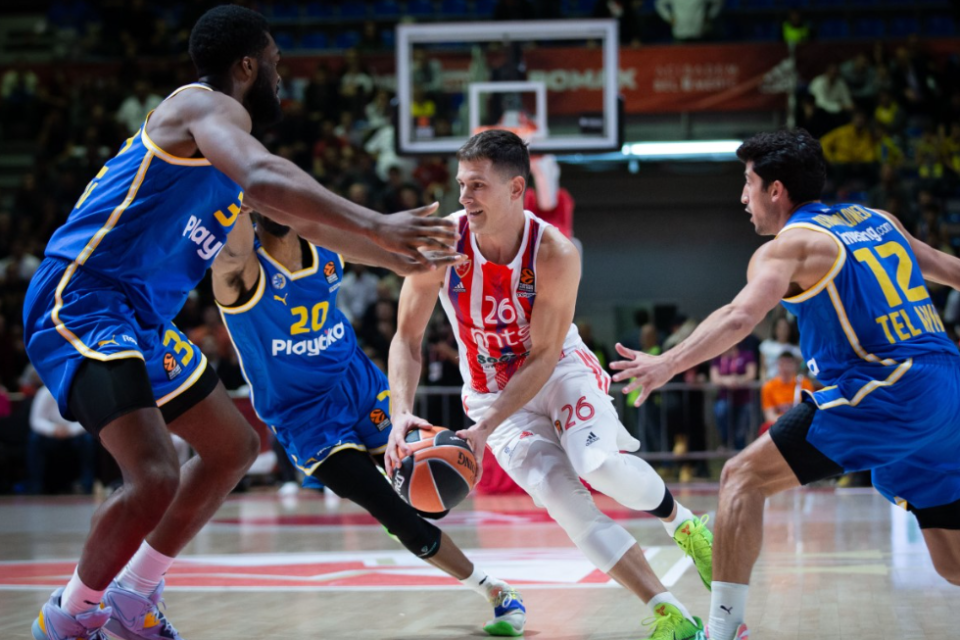 Precisely in the midst of one of its best weeks of the season and when it is in a positive momentum after an impressive home victory over Olympiakos, Maccabi Tel Aviv recorded another away loss in the Euroleague yesterday (Thursday), 69:68 to Red Star Belgrade, and remained without a win in Europe outside the Menorah Mitvatim Hall even at the end of the cycle the tenth.

Compared to the other away games in which Oded Ketch's apprentices struggled defensively to stop quality opponents, last night they met an opponent that on paper is considered inferior to them in a game they should win, but they had a bad offensive evening with only 5 three-pointers at 22%, and went down to a 5:5 balance in the factory .

Lorenzo Brown who stood out in yellow with 23 points still had a chance to win the game with a basket at the buzzer but his shot went wide.

"A painful loss, after a less than good first quarter, we fought and got back into the game. In the end, when you get to the last ball, you need a bit of luck, you need one referee's whistle, the last whistles were not in our favor, but there's nothing we can do, it's a painful loss, we wanted it very much and the players made an effort Big," shared Oded Ketch at the end.

Before the game, the professional team stated that their main goal was to neutralize the rival's star Luca Vildoza and they were relatively successful in the task when the Argentinian center was stopped at only 6 points, but the Yellows were dragged to the pace of the game of the Serbs, who on the eve of the round were ranked last in the Euroleague in average points per game, which cost them a loss.

The club referred to the tense final minute, during which Lorenzo Brown, who recorded a wonderful game with 23 points, had a chance to decide the game but missed.

"It wasn't an easy game, we tried to change formations, low, high. And when you get to the last attacks, anything can happen. Unfortunately, it wasn't our game, but we have to keep our heads up, move forward," Ketch added.

As in many games this season, Ketch's trainees did not start the first quarter well, they struggled offensively and fell behind early 27:18 after ten minutes, when in the second quarter they stopped at only 11.

"We scored 27 points in the first half, we kept fighting and got back into the game, but it wasn't enough," the team said.

"Disappointing loss. In the last few moves we were not able to do what we wanted, we were not able to score good shots and they scored some big shots that changed the game and gave them the victory," shared his feelings at the end of Josh Niebo who contributed 10 points along with two rebounds.

The Yellows don't have much time to recover and prepare for the next game in the league, because already on Sunday, Hapoel Hapoel will arrive at the Menorah Mivathim Hall in Jerusalem, for the classic of Israeli basketball.

Bachar: "This is our weakest game since I arrived at Maccabi Haifa" - voila! sport

A feeling of missing out on Maccabi Tel Aviv: "Let's hope this won't be the game that costs us in the playoffs" - Voila! sport

The draw in the derby did not encourage Maccabi Haifa: "Without improvement there will be no championship" - voila! sport

In Maccabi Tel Aviv they blame the referees, and they know: the game of the season is coming - voila! sport

The distress from Haifa, the history at Turner and the concern in the procurement sector: Beer Sheva concludes a show - voila! sport