The continuous frustration, the explosive interview and of course the huge ego: this is how CR7's path outside of Old Trafford was paved. On the Red Devils' media dealing with the crisis and their future

I'm back where I belong!

PS, Sir Alex, this is for you...'', was the key phrase in the statement that Cristiano Ronaldo shared on his social media pages when he returned to Manchester United in the summer of 2021, in a statement rich in romance that magnified the bar of expectations for the return of the Portuguese phenomenon to the theater of dreams 12 years After he left in favor of Real Madrid.

Less than a year and a half since the announcement of one of the greatest footballers ever and it is likely that even the greatest pessimists did not foresee the timing and especially the way in which his last chapter on the red side of Manchester ended so dramatically.

The club's official announcement about the end of Ronaldo's joint journey with the team did not surprise anyone, of course, since the main question since the appointment of Erik ten Haag, the new team manager who joined last summer from Ajax Amsterdam, was 'when', not 'if'.

The older brother made it clear to Ronaldo in their first meeting at the beginning of the season that his status under the guidance of the new coach will change and it will be impossible to give him the amount of minutes and flexible maneuvering space given to him in the previous season, which he finished with 24 goals in all competitions and the title of 'player of the season' in the traditional fans' choice .

Ronaldo joined the Red Devils' pre-season training late and United's disappointing start to the season forced Ten Haah to make professional adjustments and the amount of minutes Ronaldo received within the league decreased.

The great frustration of the Portuguese lift was on display and publicly clashed with the significant improvement that United began to show on the pitch as the team managed to generate positive momentum that included wins over the hated Liverpool, the impressive Arsenal and Tottenham at Old Trafford.

The ever-present background noises created a distraction that permeated deep into the dressing room and grumbling among the club's players, especially after Ronaldo's extroverted refusal to come on as a substitute in the final minutes against Tottenham and his going without the approval of the professional staff to the dressing room before the end of the game.

The line of thought (which some have described as completely wrong) that guided Ronaldo is that even at the age of 37 he is still able to deliver the goods consistently, especially when United is not part of the top 4 in the Premier League and competes on Thursday evenings in the second most important part of Europe, the Europa League.

End of the Road.

The explosive interview that Ronaldo gave in recent days to the well-known British TV presenter, Piers Morgan, was for the club the straw that broke the camel's back and hammered the last nail in closing the player's game at Old Trafford.

At United, who were not aware of the existence of the interview on which Ronaldo worked secretly and while completely compartmentalizing all the characters in the theater of dreams, received with astonishment the news of the move that was carried out behind their backs while completely breaking conventions and shattering the code of ethics that the club openly and proudly tries to lead.

Externally, at least, quite a few of the things that Ronaldo shared with impressive openness during the interview are indeed accurate on the ground: United as a club has not improved since his departure to the capital of Spain, the gaps (both professional and in terms of infrastructure) compared to the urban rival, City, Arsenal and Liverpool have become stronger and the management decisions are not purposefulness and prevented proper professional development over many years.

A huge ego has been an integral part of the personality of sports stars for generations and United knew full well what to expect when they brought Ronaldo back to the club during Ole Gunnar Solskjaer's tenure.

The easy-going Norwegian manager, who himself defined Ronaldo as the 'greatest football player ever', did see Ronaldo score consistently under his guidance, but he failed in the overall team aspect to get the most for the Red Devils and ultimately paid the price.

Even in his younger version, in his first chapter in the Red Devils uniform, Ronaldo was a player with a lot of ego, and the tenure that included, among other things, one win in the Champions League and three Premier League championships is also remembered for the fact that in European games in the spotlight at Old Trafford, due to his reluctance to contribute to the overall defensive contribution of the team, he was assigned as the central striker , during which he forced his teammate Wayne Rooney to move to the left of United's attacking formation due to the fact that he could be relied upon to chase down opposition defenders while United were sometimes forced to defend.

During his time in the Blancos uniform, he did win the Champions League four times and scored countless goals in crucial moments, but there was a reason why Real Madrid allowed him to leave, a reason that was manifested a second time when he joined Juventus.

In the old lady's uniform, Ronaldo scored 81 goals in three years, but the team has been deteriorating professionally since he joined and the effect of his personal influence on the overall team success has become overwhelmingly negative.

Even before the publication of Ronaldo's last official interview with Piers Morgan, the team worked quietly behind the scenes in order to find a solution for his future in the near term and above all to find Ronaldo a new professional destination, which will also help ease the club's coffers.

The guiding line that the captains of the club have been leading in recent months is the attempt to preserve Ronaldo's honor and to find an outline that will allow his departure in a proper way, but from the moment of publication it was decided to 'remove the gloves' and try to reach the end of his career at the club as soon as possible.

The timing was critical from the point of view of the team managers and also the sensitivity of the situation for the Portuguese players who play in the team, Diego Dalot and Bruno Fernandez, who share a dressing room with Ronaldo as part of their national team.

The target date that was set and achieved is Ronaldo's release from the club before Portugal's first game in the upcoming World Cup in order to remove the cloud that hangs permanently over his future and the sweeping implications for the delicate dressing room at Old Trafford.

When he joined the Red Devils in January 2020, Bruno proudly shared the reasons for joining United and cited Ronaldo's past at the club as the main reason: "My great love for Manchester United really started when I watched Cristiano Ronaldo as a child, he was always my inspiration!" he stated. When he signed his contract at the club.

It was of great importance to United not to harm the professional preparations of the Portuguese national team and to directly harm their representatives in the national uniforms within the World Cup, therefore they acted resolutely in order to neutralize as much as possible the degree of influence on Ronaldo's release from the team and the consequences for Portugal and its players representing United.

The cool handshake between the two when they met for the first time since the Ronaldo interview affair exploded taught us about the fallout that was created and despite the two's public attempt to minimize the size of the incident, it is clear that the nature of the relationship was significantly damaged, precisely due to the poor timing from the point of view of the national team, which is considered by many to be one of the top European teams in the tournament.

While United have received extraordinary praise from their local fans in recent days for how they handled the latest 'Ronaldo crisis', Erik ten Haag's team will embark on a new professional chapter at the end of the upcoming World Cup and the start of the second part of the interrupted Premier League season.

The 'post-Ronaldo' era will bring a significant industrial peace that the club's leaders have been waiting for for a long time and hope that after the end of the upcoming World Cup the Dutch manager will continue the line of improvement that he has led consistently since his arrival at the Theater of Dreams last summer without dramatic background noise, with the aim of bringing the Red Devils closer Steps forward and offset the professional and management gaps that still exist between it and the other super clubs in the Premier League. 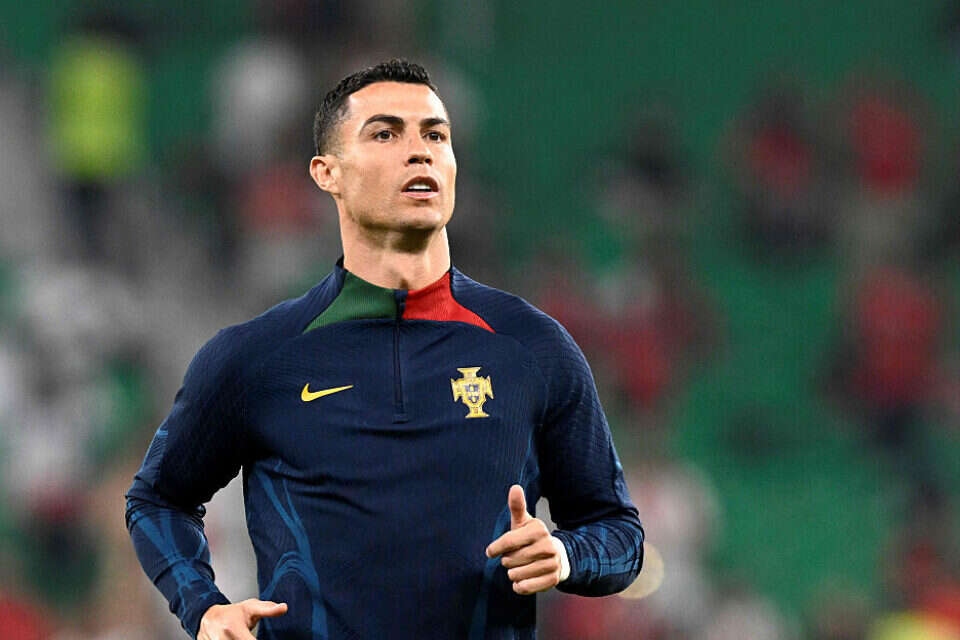 Is the romance with Europe over? "Ronaldo has a clause that will allow him to move to Newcastle" | Israel today 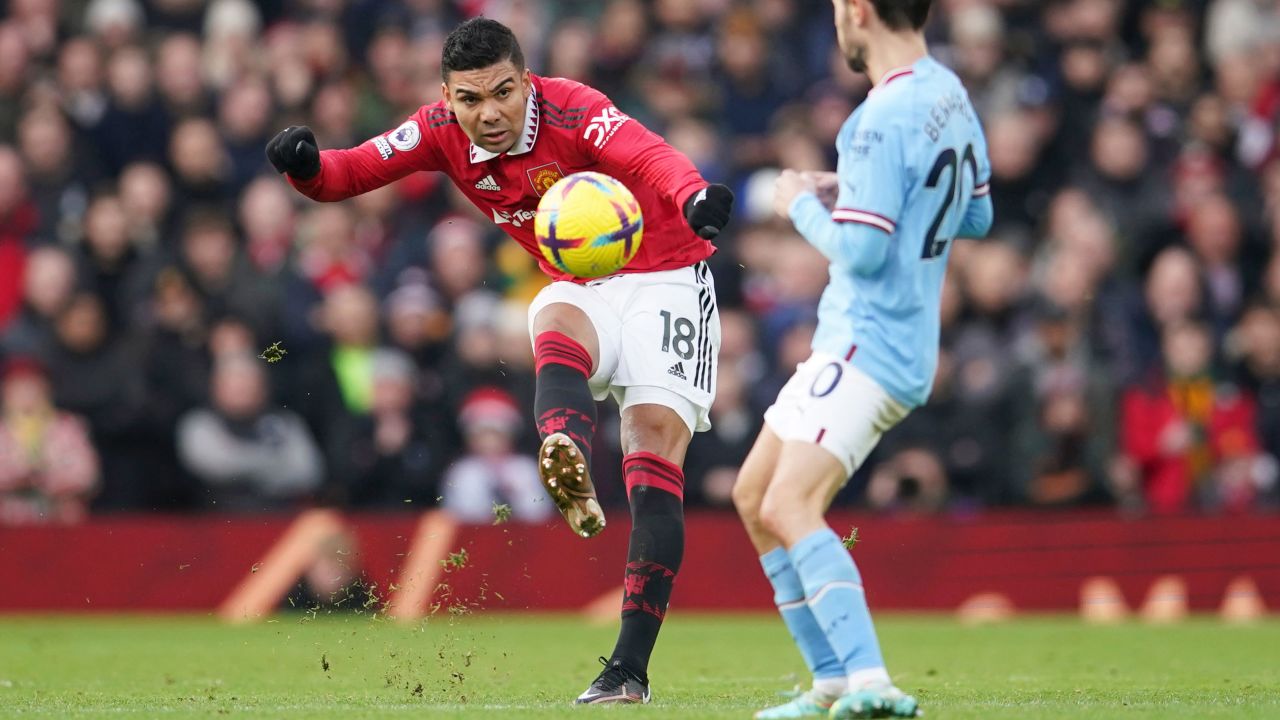 From bottom of the league to title contender: 5 reasons behind Manchester United's extraordinary resurgence 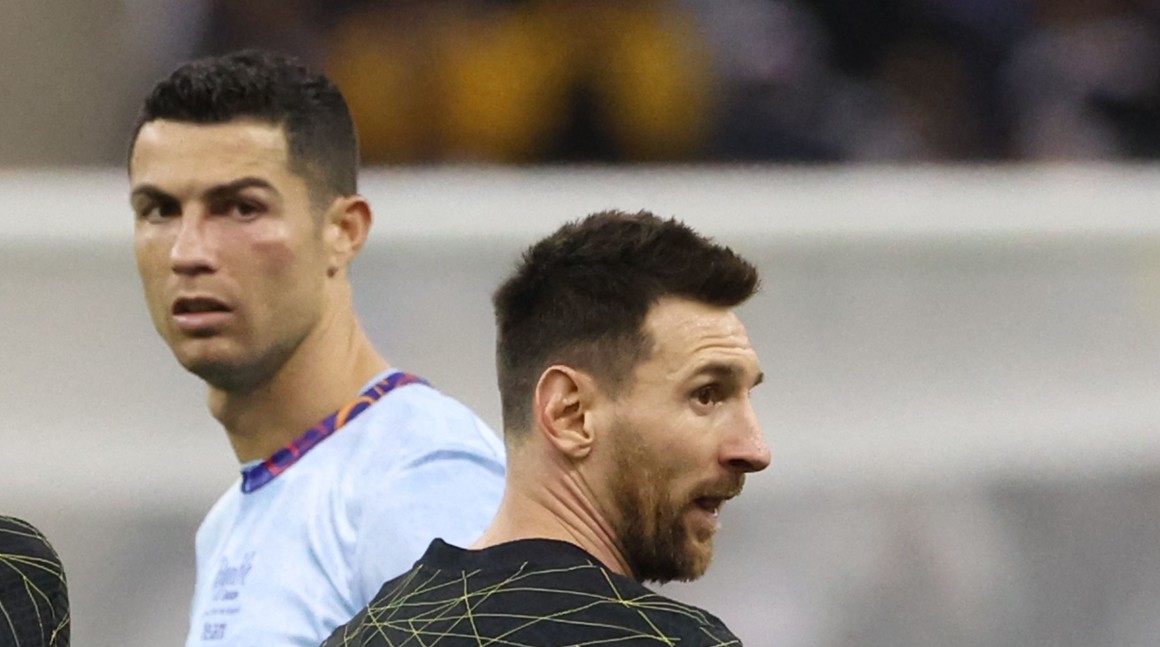 Did you learn your lesson? Manchester United implements the "Ronaldo Law" - voila! sport