The premiere of Cris on the Versailles bench, a Racing-Poissy shock... Your football weekend in Île-de-France

In the Paris region, it's not just PSG in Ligue 1. There are also good matches in the lower divisions. Here is the pro 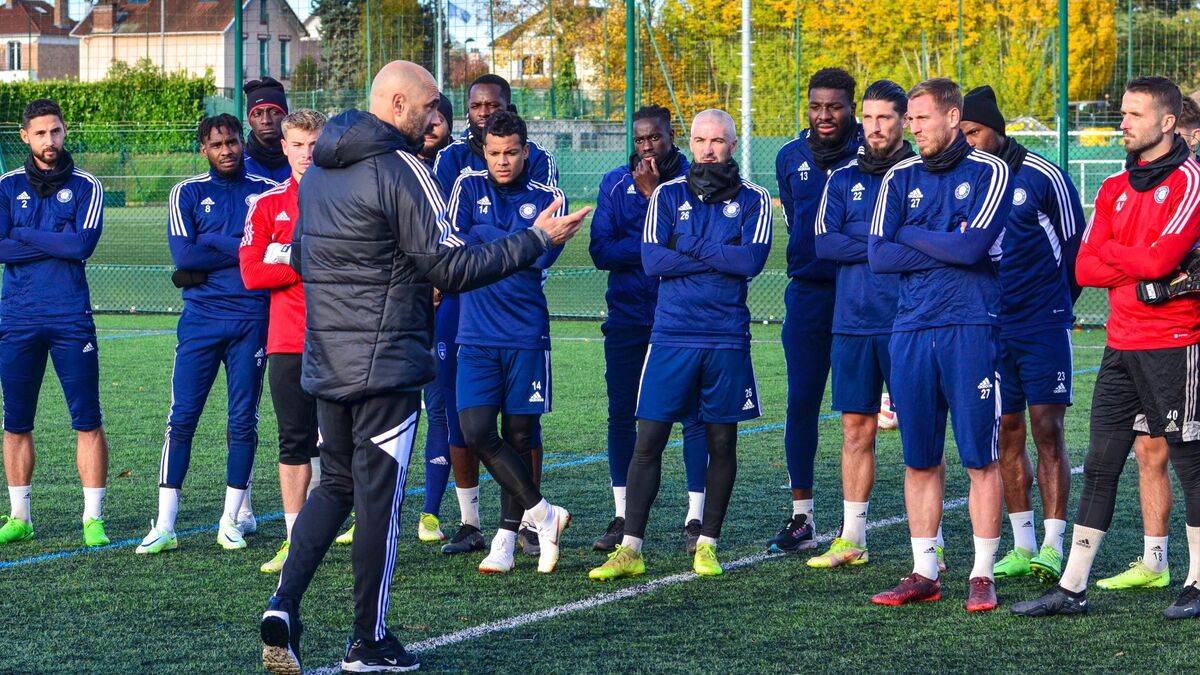 During the World Cup, semi-pro and amateur football continues.

Le Parisien invites you to take a tour of the football program in Île-de-France.

The weekend is marked by several shocks: the arrival of the leader of National, Concarneau, this Friday evening at the Boutroux stadium of Paris 13 Atletico, the derbies Racing (1st) - Poissy (2nd) and FC 93 Bobigny (6th) - Fleury (1st) in National 2 on Saturday, and to finish, a Paris FC (3rd) - Lyon (1st) on Sunday in D1 Arkema.

Finally, in National 3, a derby of 93 will oppose Saturday, a derby of the disappointed Coupe de France between Aubervilliers and Drancy, both eliminated last Sunday.

The poster for the weekend: A leadership position at stake between Racing and Poissy

It's the shock of this weekend in National 2. Racing, leader of group A of National 2 receives its one-point runner-up, Poissy in its adopted stadium in Versailles (Saturday, 2:30 p.m.).

Next week, Guillaume Norbert's players will travel to Rouen (3rd).

Two shocks which will make it possible to know more about their possibilities fifteen days after their first setback of the season in Blois (2-1).

It will also be a clash of scorers.

🗞️ The latest issue of 𝐂𝐢𝐞𝐥 & 𝐁𝐥𝐚𝐧𝐜 is available in digital version.

👉 All about Saturday's meeting against the dolphin @AsPoissyFoot, with your match program ⤵️https://t.co/Nz5pBw754j#N2 |

“Our record is quite good because we were not predestined to play the leading roles, but we did not steal our second place, confides for his part Walid Aïchour, the coach of Poissy on

My players don't give up and have no pressure.

We faced each other in preparation and I found what Racing CFF was offering interesting and coherent.

I was not wrong.

We will go there to win.

The sentence: Patrick Norbert (President of Racing): "This form of pressure is a reward"

Patrick Norbert the president of Racing spoke on the club's website before the two shocks that await his team: Poissy (2nd) this Saturday then a trip to Rouen (3rd) next week.

“Is there any particular pressure coming up to these two games at this particular time of the season?

The answer is yes.

But, it's a good pressure.

It is the result of a journey that allows us to meet two teams that have the same ambition, a first place.

Others than us would like to live this moment intensely, we must savor it.

This form of pressure is a reward.

It's not every day that this type of emotion presents itself to you.

At the end of these two meetings, we will know with more certainty what we are entitled to hope for.

The question: How does Brazilian coach Cris approach his first on the sidelines of Versailles?

Appointed a week ago in Versailles, the Brazilian Cris, himself dismissed from Le Mans on November 6, will experience his first on the bench this Friday in Villefranche on behalf of the 13th day of National.

Two weeks ago, the promoted lost (0-1) at home against the red lantern Saint-Brieuc.

“A team that has long-term goals cannot lose twice in a row, so now is the time to bounce back against a great team that has played at the top of the table in recent seasons.

The whole club made me feel very welcome.

I was able to observe this week.

I'm happy to work with an experienced team that has one goal: to climb.

I want to improve this team and the club.

It is a chance to be able to bounce back immediately after the dismissal.

I'm not going to revolutionize everything but I'm going to put my paw little by little.

Read alsoCris: "I'm going to put my paw down little by little"

The number of goals conceded by Paris 13 Atletico in the league since the arrival of Vincent Bordot on the bench (1 win, 2 draws).

The Parisians pass a good test against the leader and best attack of National, Concarneau, this Friday (7:30 p.m.) at the Boutroux stadium.

They will also have to redeem themselves after their elimination in the Coupe de France at Linas-Montlhéry (N3).

He currently leads the National 2 Group B scorers chart with 6 goals in 9 games.

Each time José Ahouré scored, his Lusitanos Saint-Maur team, which hosts Belfort this Saturday, won (4 times) or drew (once).

The Val-de-Marnaise formation is currently in ambush (5th at 5 lengths from the leader Fleury).

A native of Grenoble, the 29-year-old Franco-Ivorian evolved with GF 38, then in N2, before leaving in 2016 for Malta to play for the FC Mosta club.

He only stayed there for a year before returning to France at Louhans-Cuiseaux where he showed off his scoring skills.

Recruited by Villefranche in 2020, his playing time is reduced in National.

The good plan: Paris FC against Lyon and PSG in Charléty for 7 euros

This is the shock of this 9th day of D1 Arkema.

Two shocks with high sporting stakes on which Paris FC wants to rely to “make Charléty a stronghold of French women's football.

"With you, we will be able to meet a great challenge: that of making each match of the D1 Arkema an event, a

fan experience", a show worthy of the high level and our discipline on the field but also around the field", underline Pierre Ferracci (president of Paris FC) and Marie-Christine Terroni (president of the women's section) in a press release.

The club offers a pack at 7 euros for these two clashes against Lyon and PSG.

After his separation from Paris 13 Atlético where he was assistant in National and technical director, Sébastien Robert bounces back to Saint-Leu, in Regional 1, a championship where he has already trained for a long time with the Red Star reserve.

He will try to breathe new life into a relegated team in Group A where they have not yet won a match.

He was joined in this new adventure by Jérôme Gudin who chose to leave Red Star to find him as an assistant.

After a friendly victory (4-0) against Sarcelles, Sébastien Robert starts with Saint-Leu with a trip to ES Nanterre on Sunday. 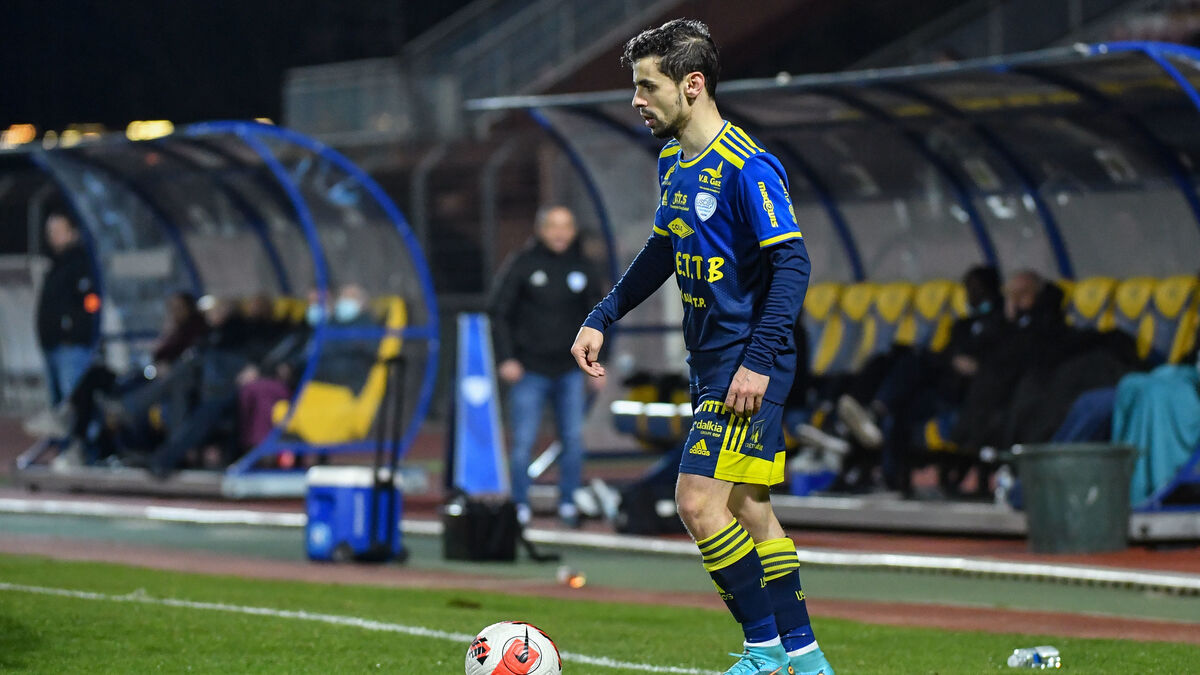 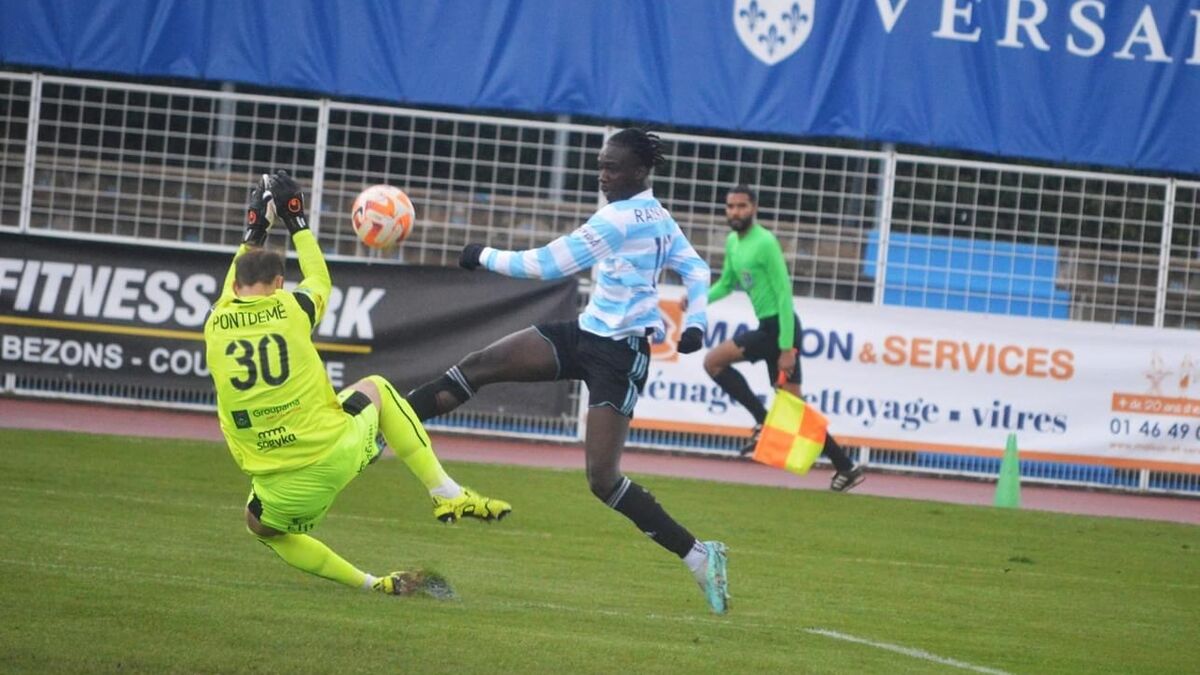 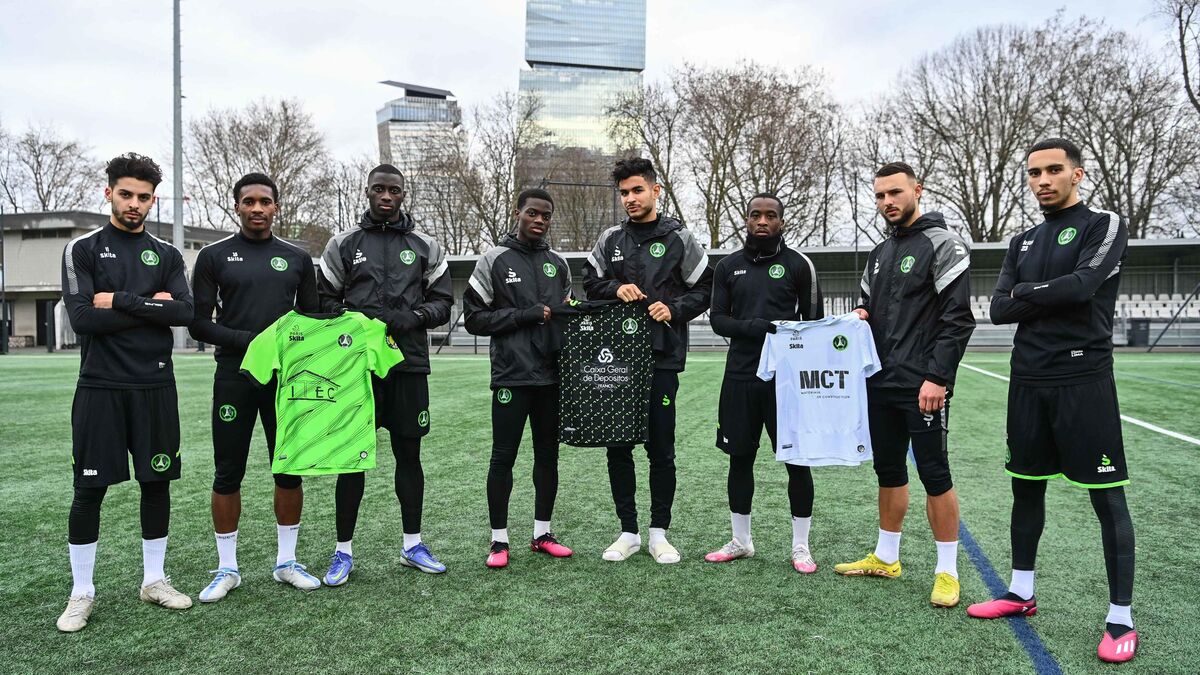 Paris 13 Atletico launches its recruits, Racing intends to continue its series... Your football weekend in Île-de-France 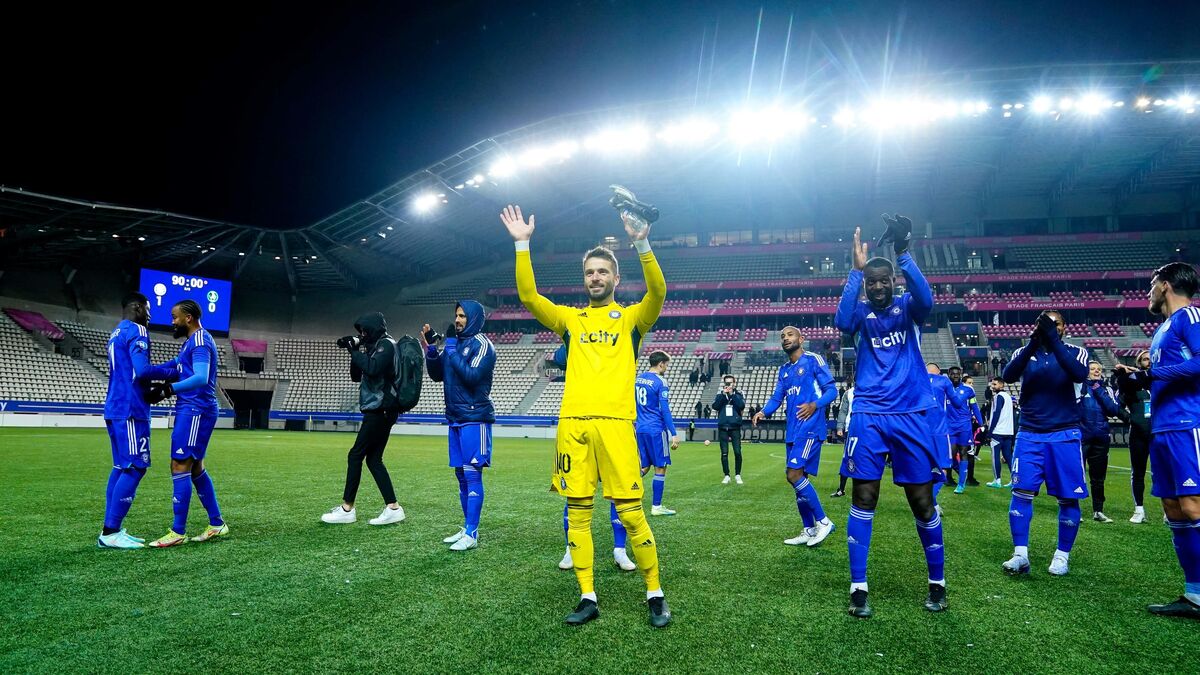 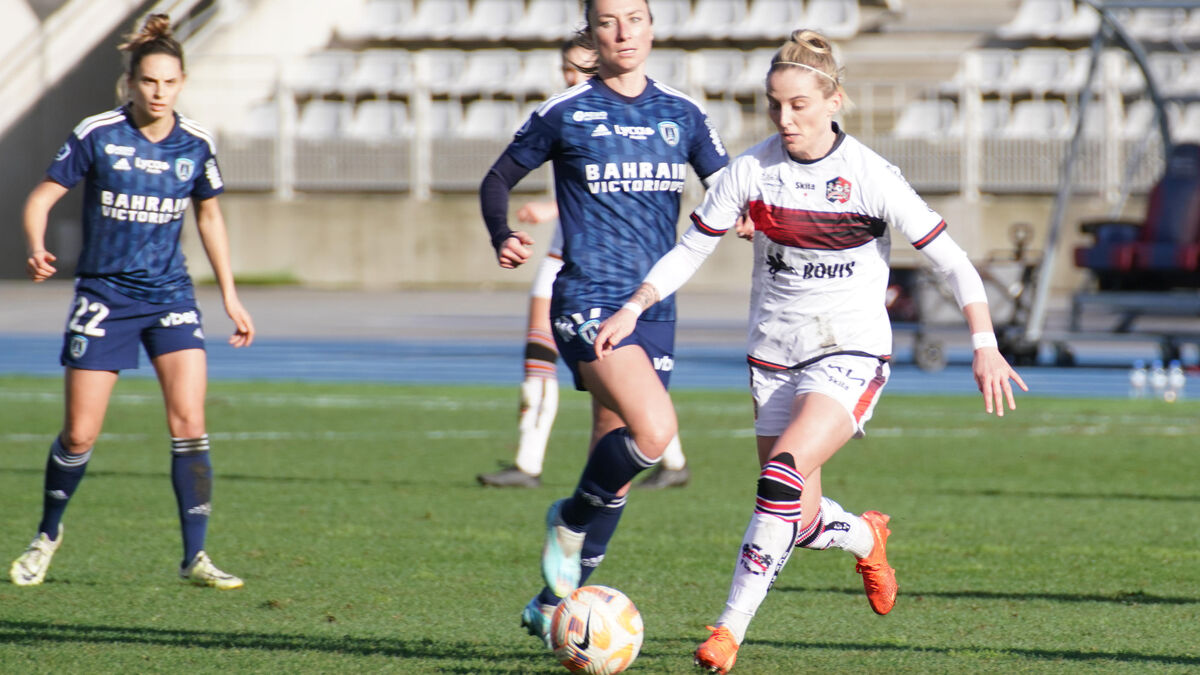 The Red Star for a leadership position, a Fleury - PSG derby for girls... Your football weekend in Ile-de-France 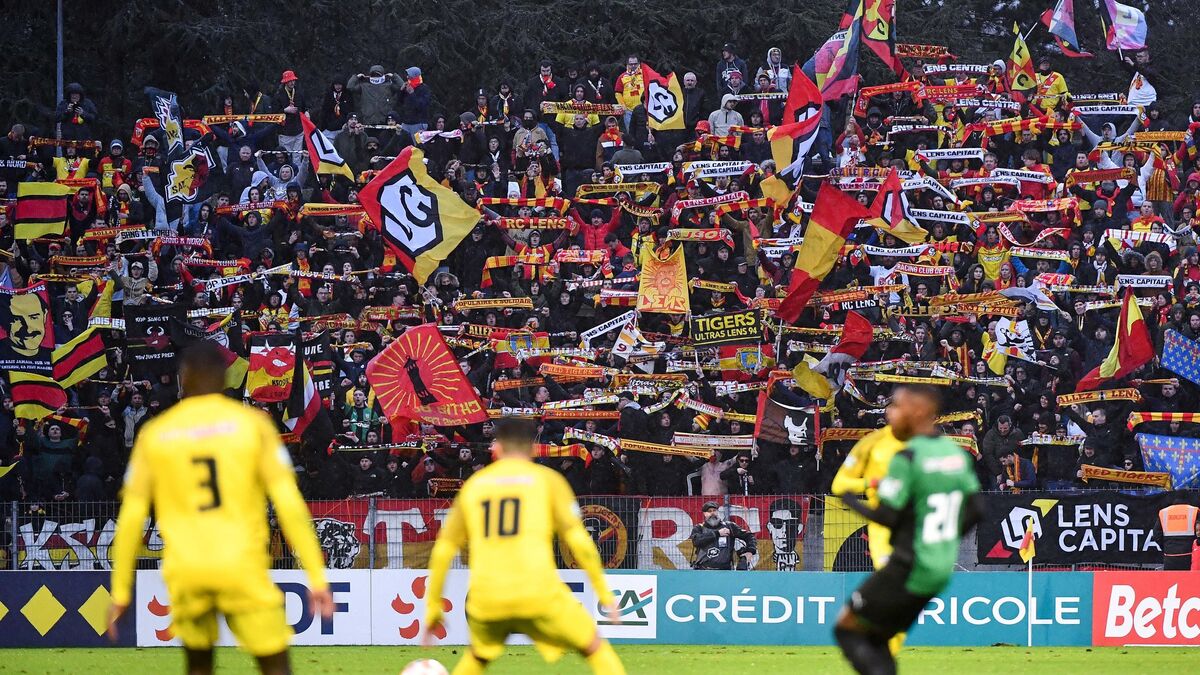 The party was great for Linas-Montlhéry, FC 93 Bobigny new leader... It was your football weekend in Île-de-France 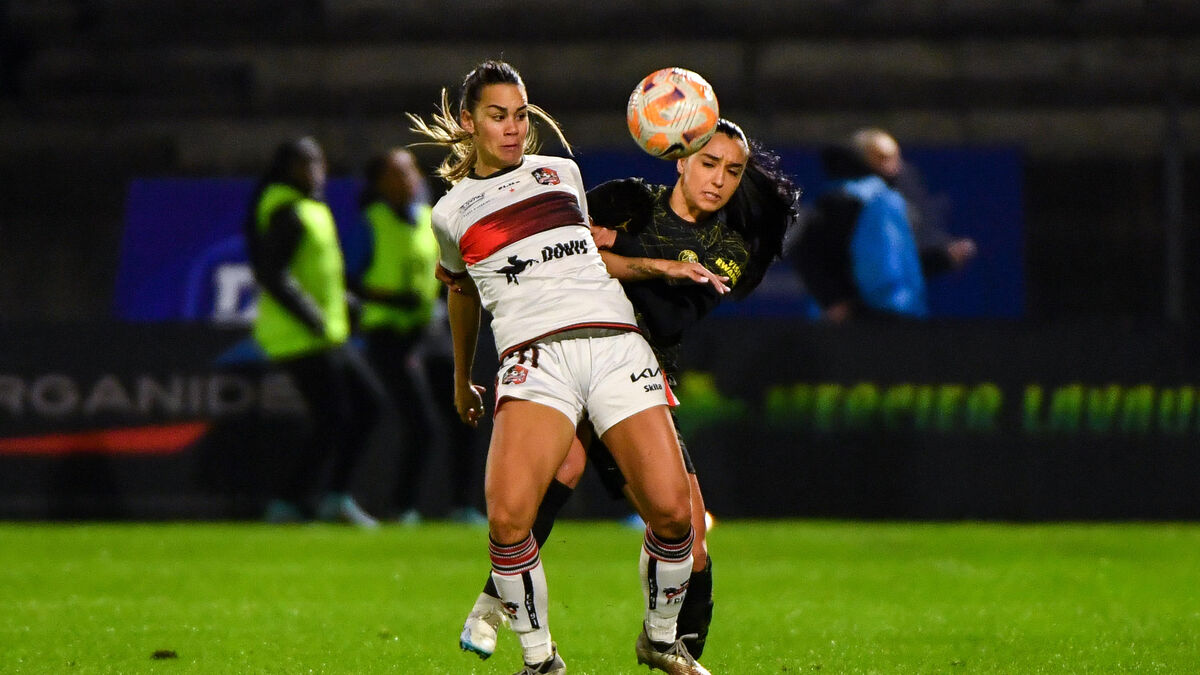 The Fleury girls shake up PSG, a setback for Racing and Bobigny… It was your football weekend in Île-de-France