The Croatian Ivana Knoll does not hide too much about her visit to Qatar, and the local authorities threaten severe punishment • "Respect us"

She is called the "sexy fan" of the World Cup.

She is not ashamed of her appearance and shares it everywhere, for all to see, throughout the city of Doha.

Her name is Ivana Knoll, and she is the number one enemy of Qatari morality.

The former beauty queen of Croatia grabs a title thanks to the photos she shares from Doha, and thus manages to upset the hosts, who want to behave in their country according to the laws of the place and Islam and plead with the revealing Kanol: "Respect us".

'Shame On You - Respect Others Culture'

Former Miss Croatia Ivana Knoll has been heavily criticized in Qatar for walking the streets of Doha and the stadium in very light clothing. #TheGUYSports |

"We expect visitors to show respect for local culture by avoiding overly revealing clothing in public," the Qatar Tourism Board stated ahead of the tournament.

"Men and women are generally advised to make sure their shoulders and knees are covered."

All this does not interest Mrs. Knoll who continues to be exposed - her 608,000 followers will testify to this - and to show herself in an immodest way not only in stadiums in Qatar, but also in the streets of Doha, where she walked in a swimsuit.

Knoll shows no fear, but may pay for it, as Qatari authorities threaten severe punishment.

She could be sent to a Qatari prison or deported from the conservative country.

Walking around the stands without a shirt: the Argentinian fan broke the net - voila! sport

"Wait, you promised to undress": the joke around the "sexy fan" who drove Qatar crazy - voila! sport 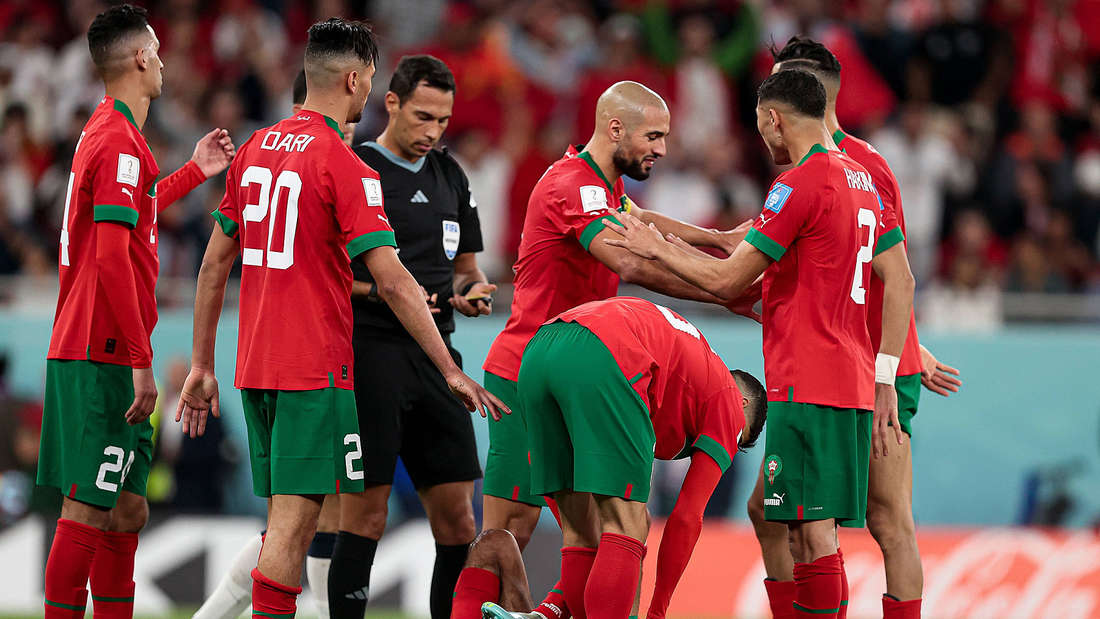 Show before the final in the half-empty stadium: "Perfect conclusion for such a shameful World Cup"

Show before the final in the half-empty stadium: "Perfect conclusion for such a shameful World Cup"