The Suns recorded a fourth consecutive victory at the expense of Utah, Toronto beat the Mavericks, James led the Lakers to 138:143 over San Antonio

A night after LeBron James returned in the Los Angeles Lakers victory over San Antonio, tonight (between Saturday and Sunday) he also looked more like the familiar and good LeBron James, and his team won again at the Spurs.

The Mavericks won for the third time in a row and the fourth in the last four games, with Luka Doncic facing double guard for most of the game - but his teammates did not know how to take advantage of this and deliver the goods themselves .

The Raptors turned an early 14-point deficit into a lead, OJ Anonovy (9 rebounds) scored 12 of his 26 points in the final quarter, and the Canadiens came away with their second straight victory.

Fred VanVillet also had 26 along with 7 assists, Chris Bouche had a season high of 22. Doncic finished with 24, 9 assists and 7 rebounds.

The Rockets turned the game into garbage time even before the break, on the way to a second consecutive victory that closed a successful back-to-back at home.

Jaylen Green stood out with 28 points and 9 assists, while the Turkish Alfern Shengun provided a great double-double of 21 and 19 rebounds.

Shea Giljos Alexander scored 32 for the Thunder, who lost for the fifth time in their last seven games.

In the absence of Anthony Davis, who was resting due to an ankle injury he suffered in the meeting between the teams the night before, LeBron James provided the best offensive display just in time His this season: "The King" matched his career high with seven 3-pointers, en route to 39 points along with 11 rebounds that propelled the Lakers to their second win in a row and fifth in six games.

Spurs center Zach Collins was ejected after elbowing Russell Westbrook, who immediately began bleeding in the forehead area and received a technical as he got up to confront the attacker.

Dennis Schroeder scored 21 along with 6 assists for the winner, and Lonnie Walker added 19 points against the former.

Keldon Jones with 26 points and 10 rebounds, and Tara Jones with 23 and 10 assists, both recorded a double-double for San Antonio, which has lost eight in a row.

Since 2007, no player in Phoenix has finished a game with at least 28 points and 20 rebounds: Amar'e Stoudemire was the last, until tonight DeAndre Ayton came and recorded personal season highs of 29 points and 21 rebounds to lead the Suns to a fourth consecutive victory.

Devin Booker helped him with 27 points and 11 rebounds.

The Jazz, who were a positive surprise at the start of the season, continue to lose ground and already have four losses in a row.

Jordan Clarkson stood out for Utah with 22 points.

Dallas beat the Lakers with a crazy 3rd quarter, 8 consecutive victory for the Sixers - voila! sport

Will Doncic chase LeBron's records? He "prefers to return to the farm in Slovenia" - voila! sport 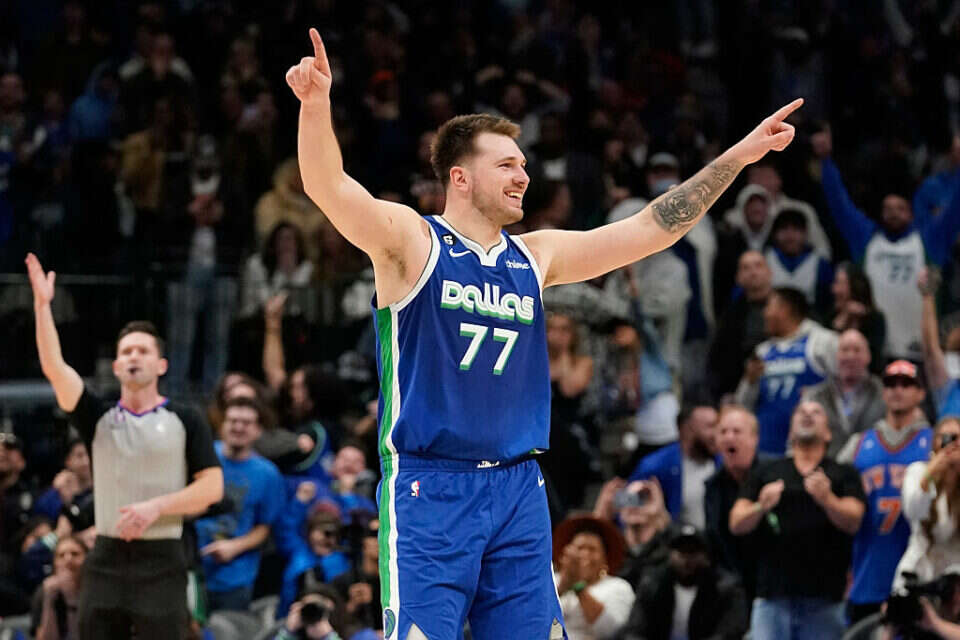