Two Moosburg cyclists can look forward to Bavarian championship titles Created: 11/29/2022, 4:20 p.m Almost 150 participants tried their hand at the "Drei-Rosen-Cross" on the circuit next to the Driescher Sportpark on Sunday. © Don Tobi Photography Two golds, two silvers and two bronzes - the district cyclists cleaned up properly at the "Drei-Rosen-Cross" in Moosburg. Moosburg - At the third e Almost 150 participants tried their hand at the "Drei-Rosen-Cross" on the circuit next to the Driescher Sportpark on Sunday.

Two golds, two silvers and two bronzes - the district cyclists cleaned up properly at the "Drei-Rosen-Cross" in Moosburg.

- At the third edition of the "Drei-Rosen-Cross" on Sunday, Niclas Look and Tobias Kirchberger won in their age group for the organizing cycling club (RSV) Moosburg.

Since the event had been declared by the association as the Upper Bavarian and Bavarian Championships, the two young cyclists were also able to celebrate two championship titles.

In addition, there was a silver medal for Michael Gassner in the men's category.

The youngsters from the Radverein Neustift (RVN) Freising also had reason to celebrate: Valentin Held was Bavarian runner-up for the U11 students and Liam Helm won the bronze medal for the U13, as did Konstantin Huber in the men's elite race.

The young Freising hobby cyclists were also in a good mood

In addition to the championship races for drivers with an association license, there were also hobby races in the different age groups.

There Laurenz Naujokat (U 13m), Ruben Guderian (U 15m) and Sophia Naujokat (U 15m) won their competitions for the RVN.

Happy faces on the podium: Niclas Look (middle) prevailed in the U17 race against his constant rivals Max Ebrecht (left) and Nico Weixler.

A total of 209 drivers had registered for the races in the Dreirosenstadt, 147 actually competed.

As expected, the highlights from Moosburg's point of view were Niclas Look, Tobias Kirchberger and Michael Gassner.

In the youth male U17s, Look and Max Ebrecht from Schwalbe Munich continued their duels from the U15s in the older age group.

So far, the driver from the Isar metropolis, who was German champion in the U15s in 2021, has usually had the edge.

But this time, the Moosburg cyclist turned the tables, after a gripping duel over five laps, hung off his opponent just before the finish line and won with a nine-second lead.

"I was full of ambition because I absolutely wanted to win the Bavarian championship at the home race," said Look at the award ceremony.

In the end, Tobias Kirchberger had a lead of more than one and a half minutes

Just one race later, Tobias Kirchberger did the same in the juniors U19. At the beginning he had to fend off attacks from Simon Potstada from the Equipe Velo Oberland.

But from the third lap onwards, the local hero beat his opponent by more than ten seconds per lap, so that in the end he confidently won the title with a lead of more than one and a half minutes.

It wasn't quite enough for Michael Gassner to win at home in the men's elite class.

Last year's runner-up fought an exciting duel with Florian Hamm from RSV Garching, but ultimately lost out by just under eight seconds and won the silver medal again.

Like in 2021, Konstantin Huber from RVN Freising finished third behind Gaßner.

While Hamm and Gaßner were glued to each other's rear wheels up to the tenth lap, Huber had to lose a few meters after the third lap.

As in Formula 1, the course is inspected by the drivers beforehand

The organizer RSV Moosburg received a lot of praise for the organization of the event and the design of the route.

"Such a lap is two and a half to three and a half kilometers long, is marked out like a "Formula 1 course" and inspected beforehand," explains RSV trainer Severin Schweisguth, who himself took ninth place in the men's race, "The drivers can do the curves and Assess challenges and then refine your ideal line.

The courses are laid out in such a way that riders with a normal mountain bike can also get around.

Anything I can't drive there, I have to do on foot."

Top in the U19s: Tobias Kirchberger (red jersey) from Moosburg left his pursuer Simon Potstada behind.

And that's what some of the participants had to do, especially in the hobby race.

For the more trained drivers, this is usually only the section with the obstacles, but according to Schweisguth, they also had to master some tricky challenges on the Moosburg route: on the one hand, the technically demanding part at the noise protection wall, on the other hand the rear part of the course, where strong riders played off their speed and condition. 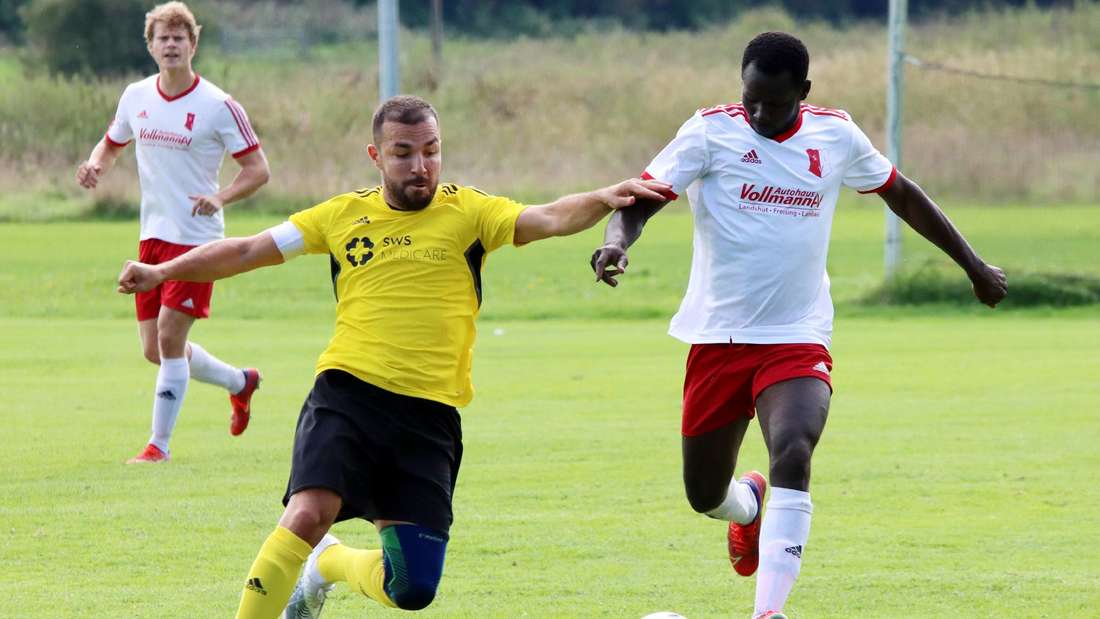 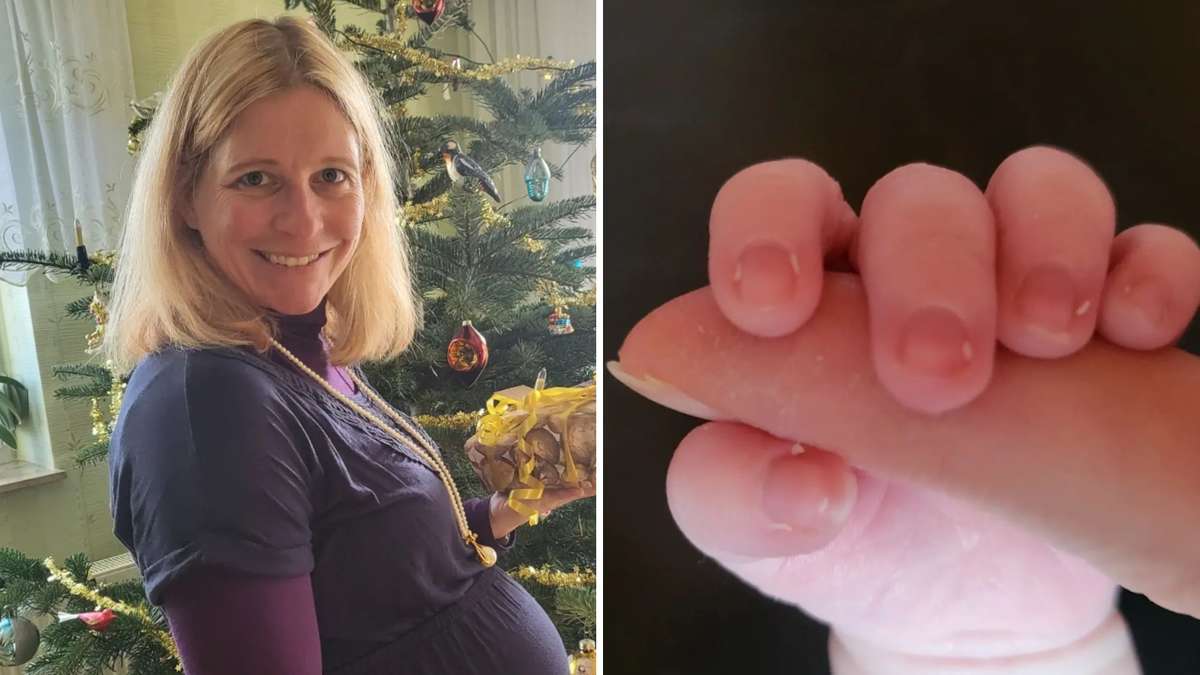 "We are so happy": German ex-biathlete has become a mother

"We are so happy": German ex-biathlete has become a mother 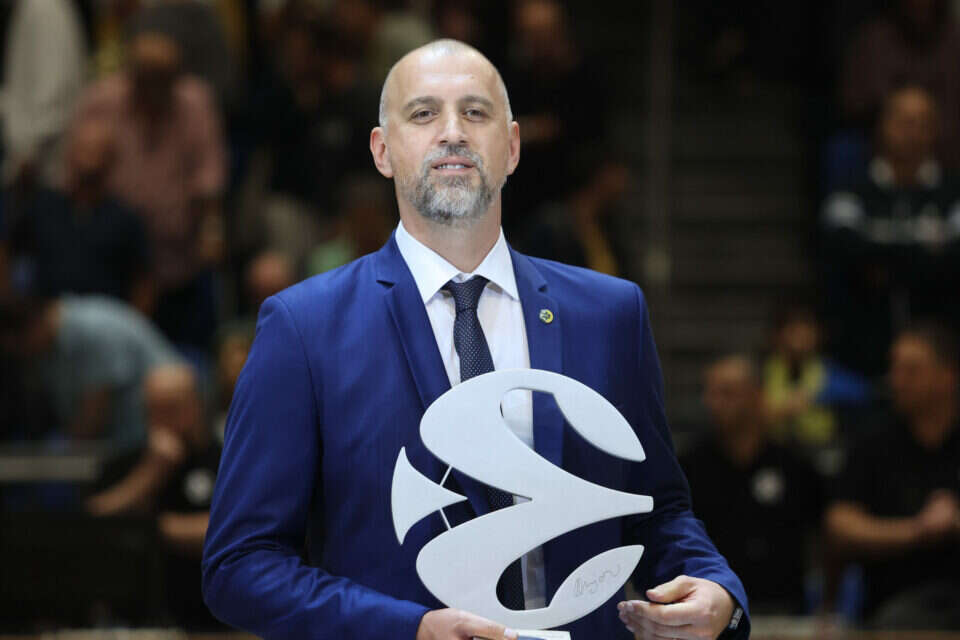 Life together for 65 years: Elfriede and Erich Weilermann celebrate their Iron Wedding