Secret favorite failed: Leckie shoots Denmark out Created: 11/30/2022, 6:02 p.m Australia's Mathew Leckie celebrates after scoring to make it 1-0. © Thanassis Stavrakis/AP/dpa Denmark had traveled to Qatar with great ambitions for the World Cup. After losing to Australia, the EM semi-finalist travels back to the cold north without a win. Al-Wakra - Underdogs Australia knocked out secret favori 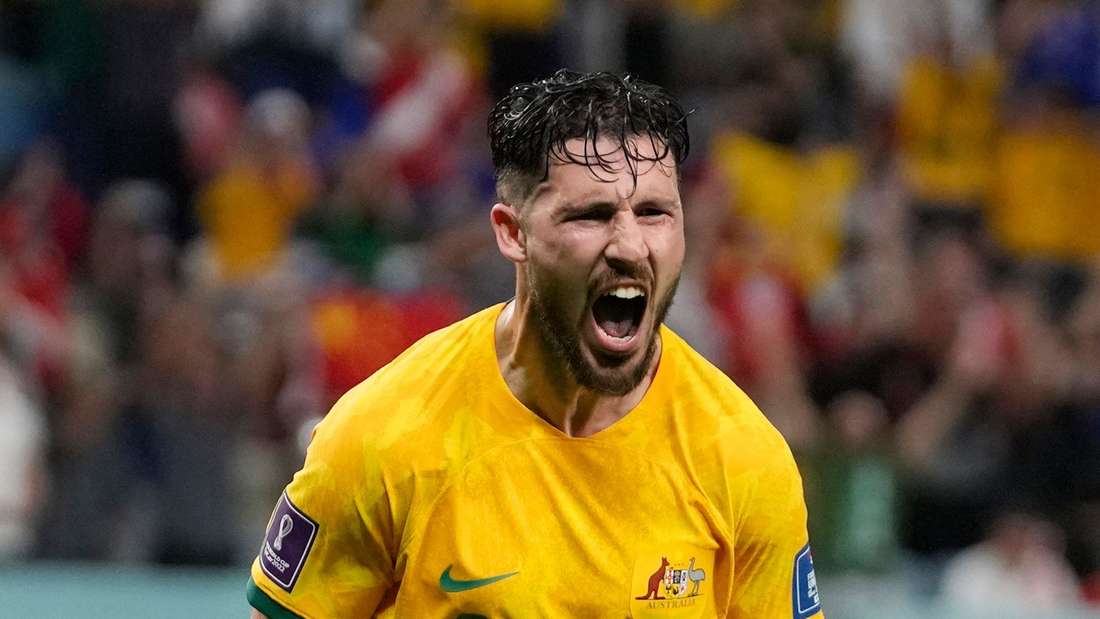 Australia's Mathew Leckie celebrates after scoring to make it 1-0.

Denmark had traveled to Qatar with great ambitions for the World Cup.

After losing to Australia, the EM semi-finalist travels back to the cold north without a win.

After a goal by the former Bundesliga pro Mathew Leckie, it is not the semi-finalists of the European Championship, but one of the supposedly weakest teams of this World Cup in the round of 16.

The Australians reached the knockout round for the second time since 2006 and triggered great euphoria in their home country.

Denmark, on the other hand, performed even less well than their goalless opener against Tunisia in front of a crowd of 41,232 at Al-Wakra.

Apart from their defensive but unsuccessful performance in the 1-2 draw with France, coach Kasper Hjulmand's team missed everything that had made them so strong in the past two years at this World Cup.

Denmark does not build on EM successes

It lacked speed, intensity and obviously the feeling of togetherness that was so often invoked at the last European Championship.

After just half an hour of the Australia game, former Bayern pro Pierre-Emile Höjbjerg (Tottenham Hotspur) gestured at his teammates to be more dynamic and use different body language.

In the Al-Dschanub Stadium, at least in terms of the sporting starting position, a lot reminded of the last group game at the European Championship - even Hjulmand had mentioned it in the past few days.

Last year the Danes even started the tournament with two defeats after the collapse of their best player Christian Eriksen and urgently needed a win against Russia at the end of the preliminary round.

Back then, they won 4-1 and then marched through to the semi-finals.

In the eleventh minute, Mathias Jensen was saved by Australian goalkeeper Mathew Ryan, who was playing for FC Copenhagen.

After that, the performance got worse by the minute.

Even playmaker Eriksen passed the ball unchallenged into the feet of an Australian in midfield (39').

Lots of energy and necessary stability

The Danes didn't pick up the pace in the second half either.

Characteristic of this game was that the Italian professional Joakim Maehle (Atalanta Bergamo) let the former Ingolstadt, Herthan and FSV Frankfurt player Leckie dance out of the game at the decisive goal.

The Australians played exactly as announced and could also be seen against Tunisia (1-0): with a lot of energy and the necessary stability in defence.

And Denmark coach Hjulmand failed to give his side a working strategy against this bulwark.

The 50-year-old fielded the third center forward in the third game of the tournament.

He already corrected the 4-1-4-1 tactic he had chosen for this game at half-time.

The sporting collapse of the Danes after reaching the European Championship semi-finals, a sovereign World Cup qualification and two Nations League victories against world champions France is puzzling to this extent. 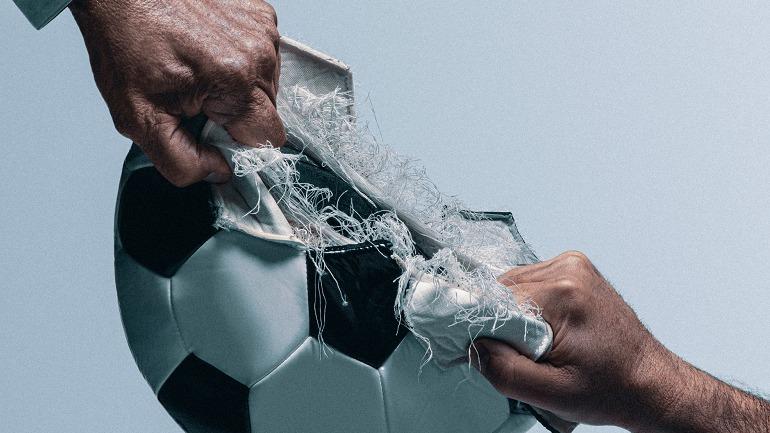 Super League, the war for football: a look back at the fiasco of powerful European clubs 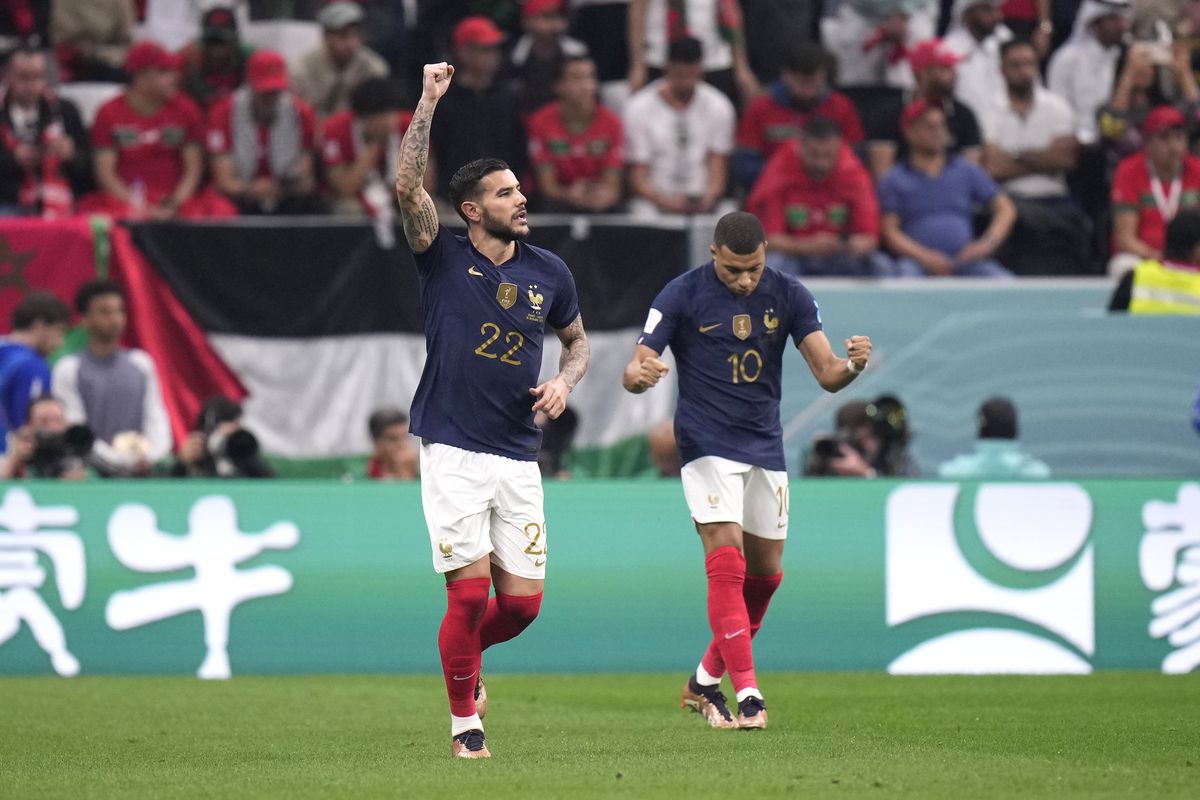 Theo Hernández and the patience of the hunter Mbappé

More than 180 markets: Aldi Nord closes all branches in a neighboring country 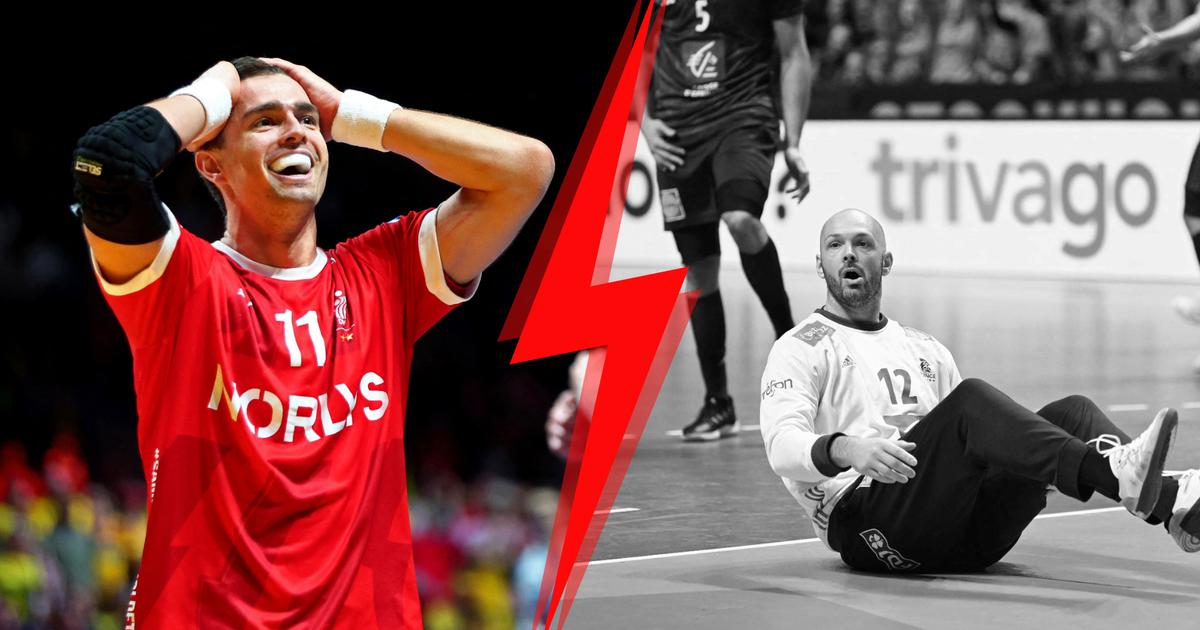 Tobacco tax will be increased: This is how expensive cigarettes will be from 2023