Wiggins and Golden State continue to snipe, Rudy Gober was sent off in a stormy game - voila! sport

A meeting between two teams with negative momentum - Dallas with five losses in its last six games until tonight, the Knicks with three in four - ended in a resounding knockout for Jason Kidd's team.

The opening was actually all New York's, or, to be honest, Julius Randle's, who provided 14 points, and in the second quarter the host already led 23:38.

But then the comeback began - Spencer Dinwiddie and Tim Hardaway Jr. brought the Mavs back to business, and thanks to a monstrous third quarter of 15:41, led by Luka Doncic (19 points in these 12 minutes) and Hardaway (17), the guests took the lead Double digits, which just kept growing.

Trailing 113:83, scathing boos began in Madison Square Garden, and only the end of the game saved Tom Thibodeau and his players from their torment.

Randall scored 24 for the loser, who also got 23 from Emanuel Quickley.

Jalen Branson scored 13 against the ex.

Get into the rhythm.

The Warriors are getting into the rhythm with their fifth win in six games, and the stars of the last playoffs are back to snipe: Andrew Wiggins scored a season-high 36 points and tied a career high with 8 three-pointers (8 from 10 beyond the arc, 14 of 19 from the field), Stephen Curry scored 30 points with 8 three-pointers of his own (from 17) and added 10 assists, Jordan Paul started instead of Klay Thompson (who was rested) and added 21 points and 5 assists (night after scoring 30), and the Warriors recorded their tenth straight home win.

The champion opened the game with a 4:22 run, while the Rockets shot 2 of 11 from the field, and finished the first quarter with a 16 lead, during which they recorded only 2 fouls and 0 turnovers.

And the absurd statistic of the night: Draymond Green (582) passed Michael Jordan (581) with the number of three-pointers in his career.

A night after he scored 40 against the Lakers, Giannis Antetokounmpo was rested with shoulder pain, and the Bucks managed without him: Bobby Portis scored 20, Jordan Navarro scored 17, Brook Lopez and Javon Carter added 14 each, and Milwaukee stopped the three-game home winning streak of The Hornets, even without a rested Jrue Holiday.

Terry Rozier led the losers with 26.

Paul is dirty and banished.

The Kings with a very easy trip against the missing Clippers: Domantes Sabonis finished with 24 points on 10 of 11 from the field, in a game in which he scored 15 points already in the first quarter, when the Kings already Take the lead 28 in the second quarter, 29 in the third and 31 in the fourth.

George and Kawai are supposed to be needed for the team's overseas trip.

Ivica Zubac finished with 13 and 15 in his tenth double-double of the season.

A hot game that included Rudy's suspension over a dirty foul and a total of 8 technical fouls ended with another performance by Shea Gilges Alexander, ranked third in the league's leading scorer list, who finished the night with 33 points on 10-of-17 from the field and 12-of-12 What line.

Josh Giddy scored 21 and added 12 assists en route to his eighth double-double of the season, Lou Dort (18) was one of seven Thunder players with double-digit points.

D'Angelo Russell scored 27 for the losers, Anthony Edwards added 26. Gober was ejected after tripping Kenrich Williams in the second quarter, and without the center, Minnesota allowed the opponent to score 66 points in the paint and 51.2 percent from the field.

Scotty Barnes scored 17 and grabbed a season-high 14 rebounds to help the Raptors record their third straight home win and improve their home record to 2:9.

Ball Ball, who provided some impressive highlight moves, finished with 18 points for the Magic, who now have the worst record in the league (19:5).

Their balance outside is 11:1.

Jeremy Grant added 33 for the short-handed Blazers, who again had to do without the injured Damian Lillard.

In Utah, Jordan Clarkson stood out with 24 points but only 1 of 9 from three.

The Blazers safely led by 15 in the second quarter, Utah came back and even made it 110:111 with 1:02 left to go, but Simmons and Grant scored the last 6 points from the line and handed the Jazz their second straight loss.

A comeback for the Knicks against Philadelphia, Cleveland ran over, Denver was defeated - voila! sport

Golden State is at a loss, Kerr: "We are as bad as our balance sheet" - voila! sport

43 points for Jordan Paul, a monstrous triple double for Jokic, a comeback for Brooklyn - voila! sport 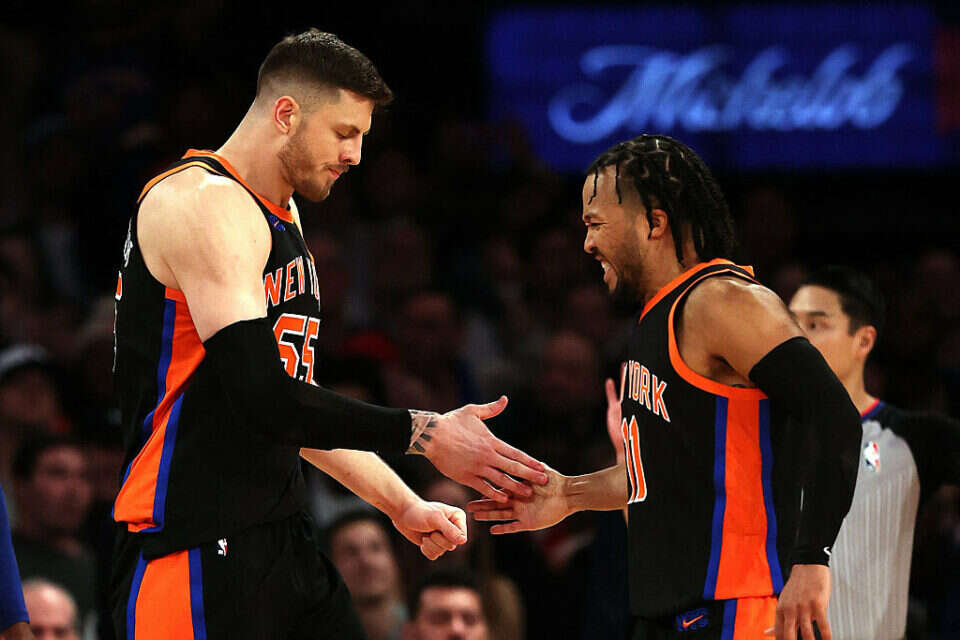