World Cup 2022: Argentina around Lionel Messi wrestles Australia and is in the quarterfinals

In the 2-1 win against Australia, Argentina had to tremble at the end. The Albiceleste didn't give up the game because the team is coming together more and more - and Messi is just Messi. 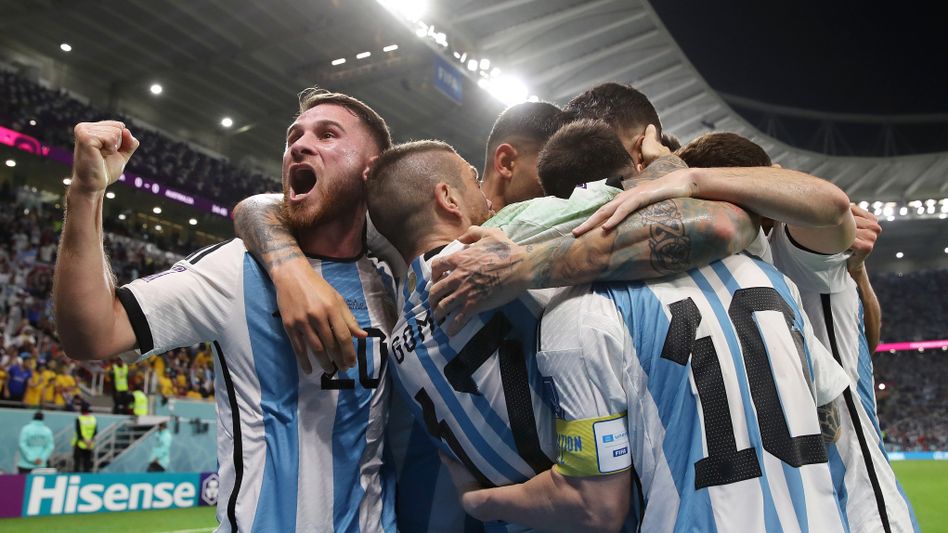 The Ahmed bin Ali Stadium was bathed in blue and white on Saturday night.

A small block of fans resisted.

Around 3,000 Australians gathered behind the gate, trying to shout against the Argentine superiority.

In the penalty area, Nicolás Otamendi involuntarily put the ball on Messi, who slid past several defenders into the bottom left corner with great sensitivity.

As always at this World Cup, Messi celebrated extensively - this time in front of the Australian fans.

At least one gave him the middle finger, Messi will take it.

It was so loud in the stadium that the game could have been located in Buenos Aires.

Australia coach Graham Arnold knew that - and yet he simply turned the tables before the game.

“We are very familiar with local conditions,” Arnold said.

While Argentina easily qualified for Qatar, Australia had a harder time.

In the end, they needed two elimination games, defeating the United Arab Emirates and beating Peru on penalties.

Both games took place in Doha.

The victory against Peru made Arnold dream.

“We know South American football.” The Peruvians cannot be compared to Argentina, the great football powerhouse, but Arnold has given his team a clear plan.

It wasn't spectacular, but it worked for a long time.

Australia was low and didn't let themselves be lured by the Argentines.

The South Americans had almost no space to combine up front.

Australia ventured into their opponents' danger zone more by accident - and still had an opportunity.

Leo Messi (35') had the only Argentinian chance.

And because Messi isn't Harry Souttar, Argentina went into the dressing room with a lead.

The Albiceleste did not play the stars from the sky.

But maybe she doesn't have to.

She always has ten disciplined team players on the pitch.

For example the young Enzo Fernández, 21, who eats up kilometers in central midfield and lets opponents bounce off.

Or Alexis Mac Allister, steeled at Brighton in the Premier League.

At the back is the experienced Nicolás Otamendi, who, like Fernández, plays for Benfica and has not yet lost a game under Roger Schmidt this season.

They all do their jobs.

And Messi can let off steam.

Argentina is a little reminiscent of Atlético Madrid under Diego Simeone, the Argentinian coaching legend.

After the opening defeat against Saudi Arabia, the Argentines were counted.

Then they upped the ante.

They defeated Mexico 2-0 in a poor game.

They didn't give Robert Lewandowski a single chance in the 2-0 win against Poland.

And they played confidently against Australia for a long time.

Julián Álvarez made it 2-0 in the second half.

An earthly hit, the result of diligence and luck.

Australia keeper Mathew Ryan tried – for whatever reason – to dribble in the penalty area.

They ran up to the keeper, made the meters that they have to make in a Messi team.

And Ryan lost his nerve, he stumbled the ball, Álvarez thanked him.

But then the Australians equalized out of nowhere.

A deflected shot by Craig Goodwin landed in Argentina's box, and FIFA ruled the goal an own goal by Fernández (77').

Did Argentina imitate the DFB-Elf here, which regularly gives up games?

First Aziz Behich dribbled through the entire penalty area in Messi-style, but his shot was cleared by Lisandro Martínez at the last second.

Then things got dramatic.

In the seventh minute of added time, Garang Kuol got the ball in the penalty area. The 18-year-old shot from the turn – and Martínez saved in world-class style.

In the win against Australia, Messi was on the pitch for the 1000th time as a professional footballer.

There are still premieres even for the big dribblers.

It's hard to believe that he scored his first goal in a World Cup knockout game.

Messi will play his 1001st game against the Dutch on Friday.

But against the Elftal should of course not be the end.

All of Argentina is already looking forward to December 13th.

Then Argentina would play their semi-finals.

Possible (and most likely) opponent then: Brazil.

Note: In a previous version of the text, the assist provider for Lionel Messi's goal was incorrect.

We corrected the mistake. 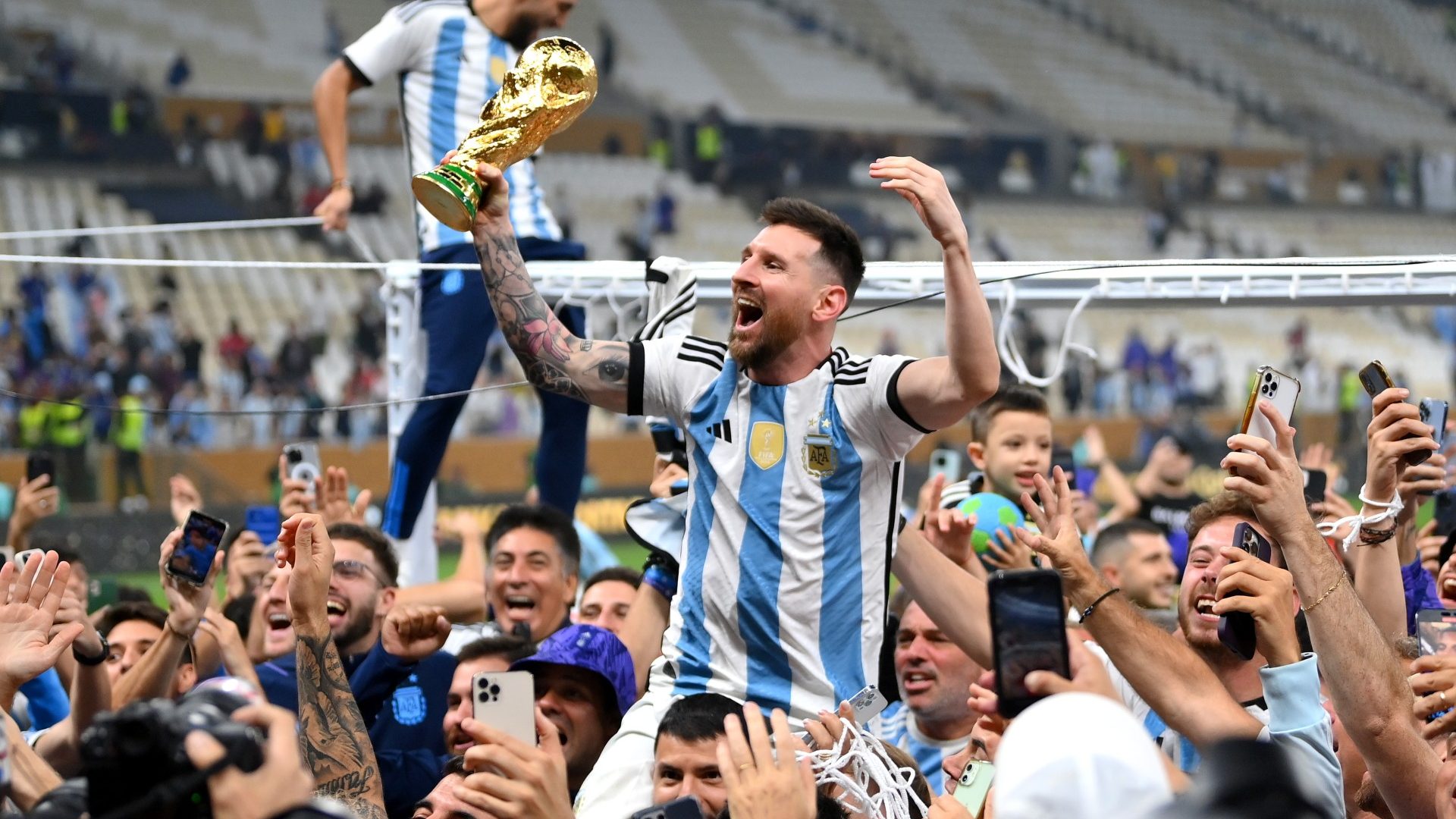 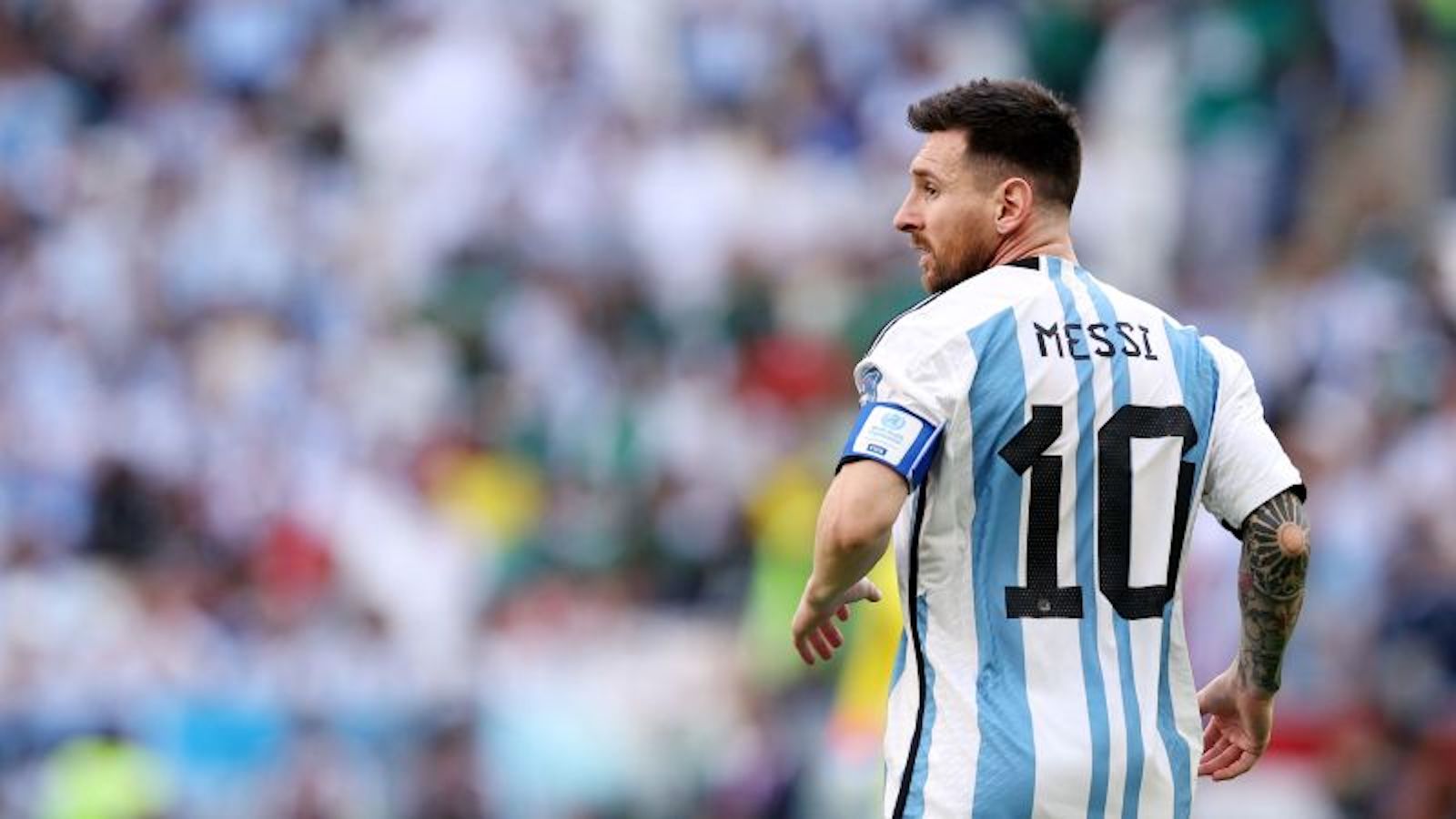