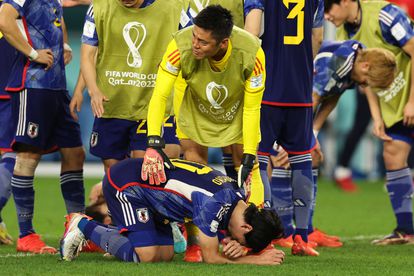 He is already the history of Croatian football and in the annals of the World Cup he will also have his page after saving three penalties in a decisive shootout.

His prodigious performance ruined a Japan that weighed more throughout the afternoon.

But the previous plot did not matter.

In the duel from 11 meters, the Dinamo Zagreb goalkeeper rose like a giant and shot his team to the quarterfinals.

There was only one other Croat there, Danijel Subasic, for embittering Denmark in 2018, and the Portuguese Ricardo, who stopped England in 2006.

This young man who does not reach 1.90 almost consecutively denied Minamino, Mitoma and Yoshida.

He did not give an option or to reach the fifth turn.

Only Asano bowed to him.

On the Balkan side there were no longer Modric, Perisic or Kovacic to throw, their most illustrious surnames, however, they found the skill and relief from 11 meters that they did not have throughout the session, very uncomfortable in the face of the Asian deployment.

They only gave up the ruling to Livaja's stick and a minute later Livakovic reappeared to settle the matter.

Another trauma for the Japanese, who still haven't made it to the quarterfinals, and above all in Doha, their cursed city, where they staged a "tragedy" in 1993 that they haven't stopped remembering, by staying out of the World Cup in the United States at the discount of the last meeting.

They already have another one for the collection.

The old Europe represented by the current runner-up survived all her attempts.

Until Livakovic's exhibition, the Balkans hung, above all, from Perisic.

Little is known about Modric.

The Real Madrid player lived on the edge of his last World Cup appearance, but he still has one penultimate bullet left.

As always in his career.

Midfielder Takumi Minamino (below) crying on the ground after being eliminated by Croatia on penalties. ADRIAN DENNIS (AFP)

Shuichi Gonda, a Japanese goalkeeper, looks at the ball after conceding a penalty against Croatia.

Dominik Livakovic, stopping one of the penalties of the shootout against Kaoru Mitoma.

A Japanese fan cries in the stands of the stadium after his team was eliminated. Francisco Seco (AP)

Borna Barisic of Croatia lying on the ground while Ritsu Doan of Japan helps him.

Goalkeeper Shuichi Gonda blocks an aerial ball during the round of 16 match against Croatia.

Ivan Perisic, scoring his goal against Japan with a header. MARKO DJURICA (REUTERS)

Ivan Perisic, celebrating his equalizing goal against Japan in the round of 16.

Croatian Bruno Petkovic fighting for the ball with Japanese player Hidemasa Morita during the round of 16 match.

Luka Modric, chased by several Japanese players during today's round of 16 match.

Daizen Maeda celebrates scoring against Croatia in the first half.

Junya Ito, right, running with the ball in the round of 16 match against Croatia.

Hidemasa Morita (left) helps Lika Modric to get up.

The Croatian goalkeeper Dominik Livakovic trying to block a ball after the intervention in the play of his teammate Josip Juranovic.LEE SMITH (REUTERS)

Luka Modric, captain of Croatia, singing the national anthem before the round of 16 match against Japan.

From minute one, the clash throbbed to the Japanese rhythm, which from the outset exhibited a sample of its varied catalogue.

The first part began behind and coming out like buckshot against, and ended up amassing possession.

Capable of appearing in the books as the one who touched the least ball in a World Cup match (17.7% against Spain) since there are records (1966) as well as celebrating on the brink of rest after a while on touch.

Thus came Maeda's goal, who took advantage of the bankruptcy of the two Croatian central defenders.

The veteran Lovren (33 years old) and the emerging Gvardiol (20) did not command within the area as they were demanded and the small Celtic attacker (1.73) made them pay.

In one way or another, everything was going along the path that the Japanese wanted.

What was known about Modric?

Either he didn't get the ball to him or he did it from behind.

Half an hour it took him to filter a pass with the outside.

The Balkans couldn't find the trick for him in the afternoon and his best options came in a skid by Tomiyasu, who gave it to Perisic, and in an extension from the Tottenham left-hander that Kramaric didn't catch.

Unable to hurt the touch, they tried a couple of balls.

On the other shore, the Asians had not been slow to make a real threat.

By minute three, Taniguchi already had a clear header, instantly Maeda harassed Livakovic, shortly after he missed a cross from Ito by a micron, and Kamada failed to place it at the long post.

So when Lovren and Gvardiol had water, no one rubbed their eyes.

The Asian management plan was not this time as against Spain.

There was no bolt, as Kamada demonstrated in the first action after the break.

The second half, in fact, ran moved.

There was plenty of football, but he did not lack a certain verve.

There still wasn't much sign of Croatia, but the runners-up didn't need to call.

He flew over an aerial ball that didn't seem to be going anywhere and Perisic hit a powerful header to tie.

The action multiplied the figure of the Tottenham left-hander compared to the rest.

Modric barely left a shot from the front.

Detected the first Japanese escape route, Zlanko Dalic doubled the bet with the Osasunista Ante Budimir, a type of area, but that route did not work for him either and he corrected himself in extra time by retiring the Osasunista.

Over time, he also did without Modric, Kovacic and Perisic, almost nothing.

Without them he risked his beards in a denouement that needed a hero.

In which side he was, but a hero.

That was Dominik Livakovic. 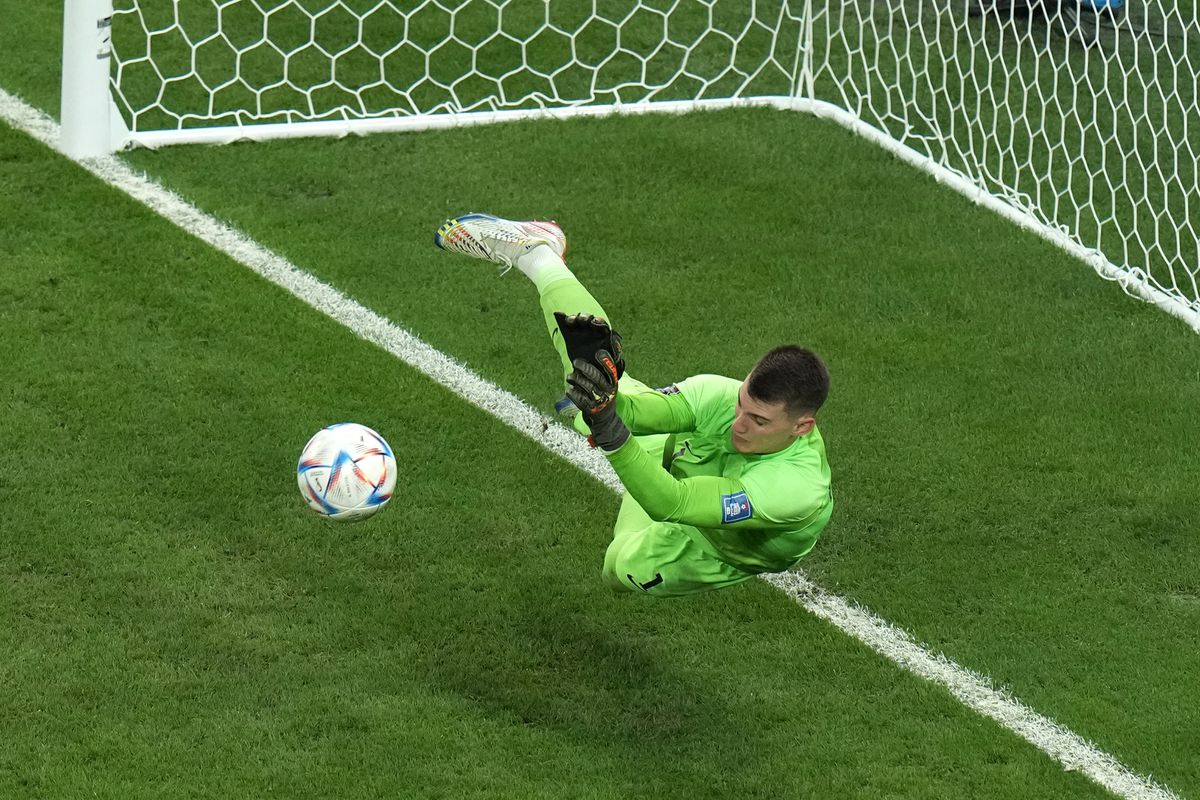 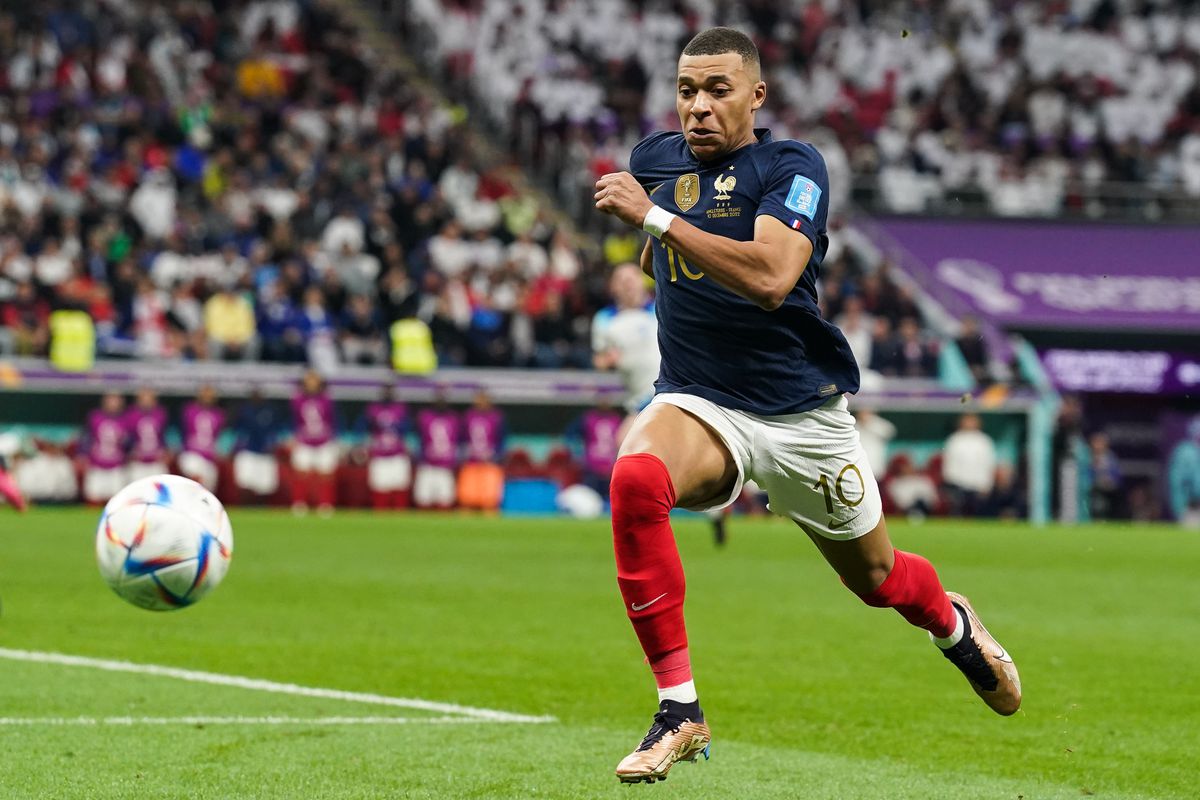 Argentina - Croatia: World Cup in Qatar 2022, live | Messi and Modric captain their teams in search of the final 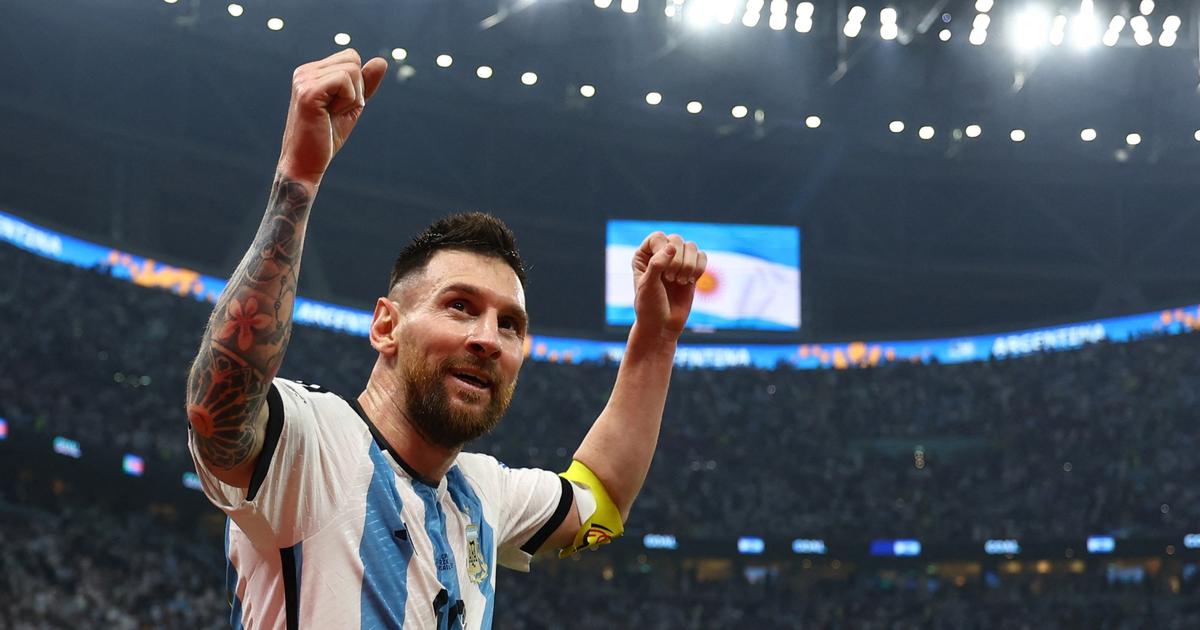