Kuzma: "Danny Avdia? Every player in his career has a less good moment" | Israel today

After the home loss against the Lakers, Washington's scorer commented on the Israeli's series of misses outside the arc: "There is a reason if you are always left free, a player should always perform with confidence" 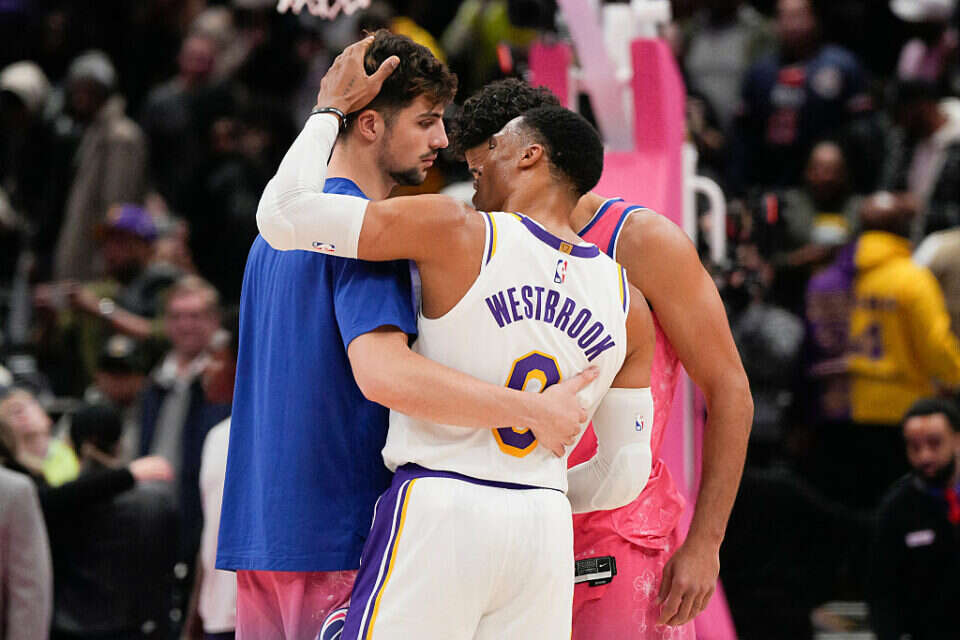 The Washington Wizards continued their dive tonight (between Sunday and Monday), when they lost 119:130 at home to the Los Angeles Lakers, who recorded their 8th win in the last ten games.

On the other hand, Danny Avdia's team suffered a sixth loss in its last seven games and dropped to a negative balance of 13:11.

Danny Avdia, who in the last game against Indiana did not score and only participated for 9 minutes, returned to his "routine", when he scored 7 points to which he added 8 rebounds, two steals and one block in 25 minutes on the floor.

Avdia, who finished with only 1 of 8 from three after starting with 7 consecutive fouls from outside the arc, was unable to reset the hand and actually set a negative personal record of fouls from three, when he finished the first half with 0 of 6.

On the other side, Anthony Davis exploded with 55 points (22 of 30 from the field) to which he also added 17 rebounds.

LeBron James was also strong in matters with 29 points, 8 rebounds and 6 assists.

Danny Avdia against the Lakers:

At the end of the game, Kyle Kuzma, who contributed 26 points with 7 rebounds, told what it was like to play against the former: "Once a Laker, always a Laker. I will always look for the basket and try to score as much as possible. It is strong in my game mentality."

Kuzma also referred to the skill of Danny Avdia, who repeatedly found himself free on the three-point arc: "I think there's a reason you're always left free, a player always has to perform with confidence.

Danny throws a lot and trains more than anyone, but the story here is confidence.

"I just wanted to just continue to shoot... I'm always in the mentality of get rich, die tryin" @kylekuzma was channeling his inner 50 Cent on his clutch game-tying bucket to force OT!

"Every player in his career has moments that are a little less good, but the wisdom is to find the solution to Zeze. In any case, there is always the next game for Danny and I also believe that he will find the formula for making fouls from outside the arc." 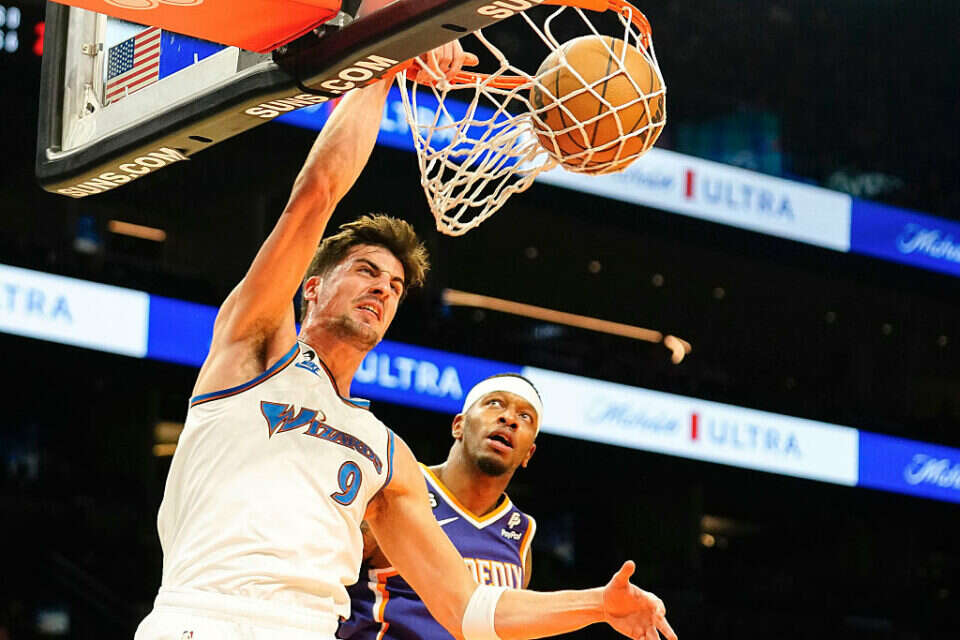 Only 3 points for Danny Avdia in Washington's 112:108 loss against the Knicks - voila! sport

This is all Danny Avdia hoped for: the encouraging signs of the Israeli and his team - voila! sport 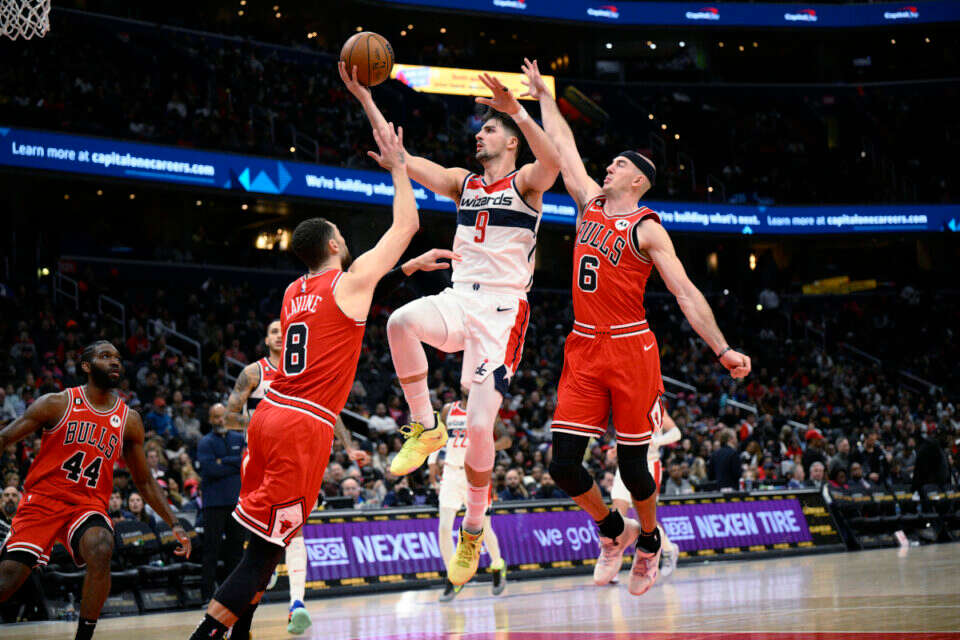 "Danny Rodman" sent a message after the surprising revelation about the draft. So why is Kuzma "angry"? - Walla! sport 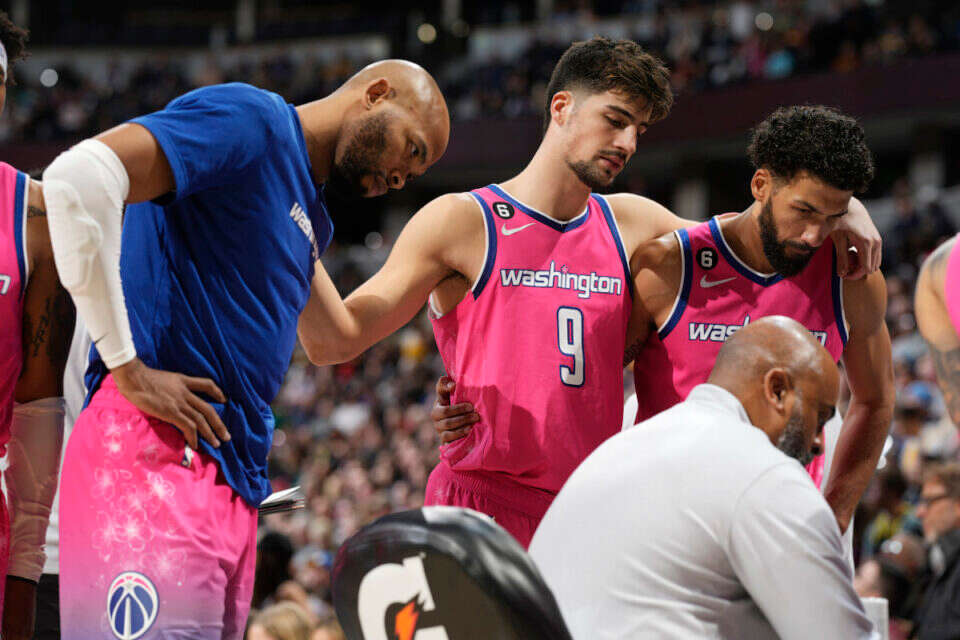 Washington is in the crosshairs: Danny Avdia and the Wizards are in a deep crisis Israel today

Washington coach: "From here, Danny Avdia's numbers should only go up" - voila! sport