"It's the most beautiful day in the history of Morocco": the red tide seizes the Champs-Élysées

More than 6,000 Moroccans took to the Parisian avenue to celebrate the historic qualification of the Atla Lions 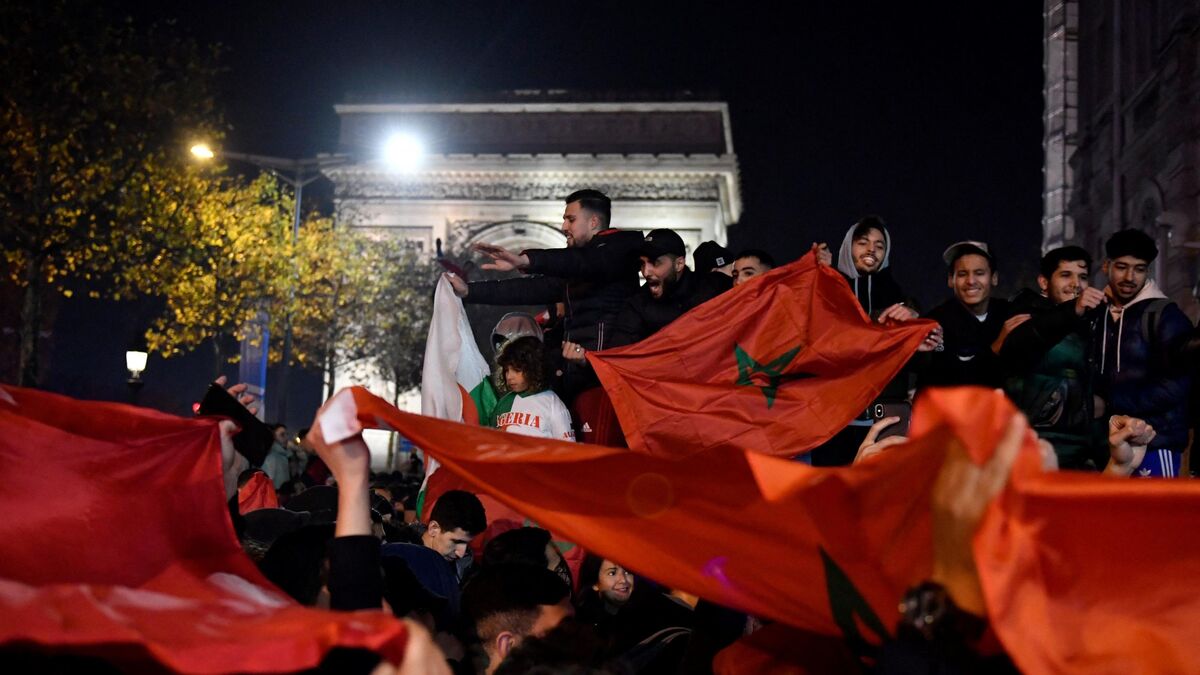 The flags, the shirts, the faces, the fireworks and the smoke bombs... The Avenue des Champs-Elysées, between two Christmas lights, has been adorned with a brand new bright red color.

The red of Morocco in intoxication after the qualification of his team in the quarter-finals for the World Cup, for the first time in their history.

“We didn't even think before coming to the Champs”, confides Leïla, the flag of her native country on both cheeks, still pink from the cold of this beginning of December.

The 23-year-old young woman watched the match between girlfriends after her day at work, before joining the Arc de Triomphe: “I was teleworking.

At 4 p.m., I shut down the computer to join my friends.

We shouted so loud, I think the neighbors called the police.

The incredible atmosphere on the Champs-Elysées!

Access to the Arc de Triomphe closed, supporters are forced to circumvent by the smallest arteries to join the crowd.

Coincidence or a wink of fate, we can see the Qatar Embassy behind the smoke bombs.

In this street, Abdullah, 29, has not yet managed to find his friends: “I am lost, there are far too many people.

We had arranged to meet here.

At 44, Mounir has taken a step back from all this euphoria, even if, once launched, he does not stop to tell the story of the match, seen in a bar with a hundred other supporters.

“From the whistle, we left like a tide on the Champs.

I think we had no choice, ”he says with his cap on his head and looking a little cold.

Although he tells us that he is not a big football fan, he has not missed a crumb of all Morocco's matches: "We can say that it is the most beautiful day in the history of Morocco, and -being from all over North Africa!

“Mbappé, we are waiting for you”

The party is taking place in a good-natured mood for the moment.

Many young children and mothers are present.

At the next crossroads, the same scenes of joy are repeated.

We push, we jostle in a good mood while singing in Moroccan, the equivalent of “who doesn't jump isn't Moroccan?

Swat also does not hesitate to give voice, the flag of his country on the shoulders: “We are so happy.

We know it's our limit, but tonight we want everyone behind us.

A few tens of meters further, some take advantage of a metro stop to take their picture, flag of Morocco, and Algeria together.

Well wrapped up in his scarf, Karim is only 9 years old and came with his mother and aunt.

“We came to shout, it doesn't matter that I'm a fan of Algeria,” he explains simply, his eyes turned towards the sky and the fireworks.

“Hakimi after the penalty.

The family will not stay more than an hour but did not want to miss this moment.

For others, we continue to shout, promising that they will be there “all night, if necessary.

Gatherings like this have taken place in many cities across France.

Hundreds of supporters landed on the old port in Marseille, or on the peninsula in Lyon.

To contain this crowd in Paris, hundreds of police officers were requisitioned.

In full discussion with the fans, their mobile camera at the level of their shoulders: “is it recording us?

Mbappé we are waiting for you (laughs)”, shouts a completely crazy fan under the rigid eyes of the police.

Because the objective is clear, all the supporters met wanted to meet France in the semi-finals.

"We will take the flag of Morocco and that of France, and we will celebrate anyway", as one of them confided to us.

It will first be necessary, during the first quarter-final in the history of the Atlas Lions, to get rid of Portugal. 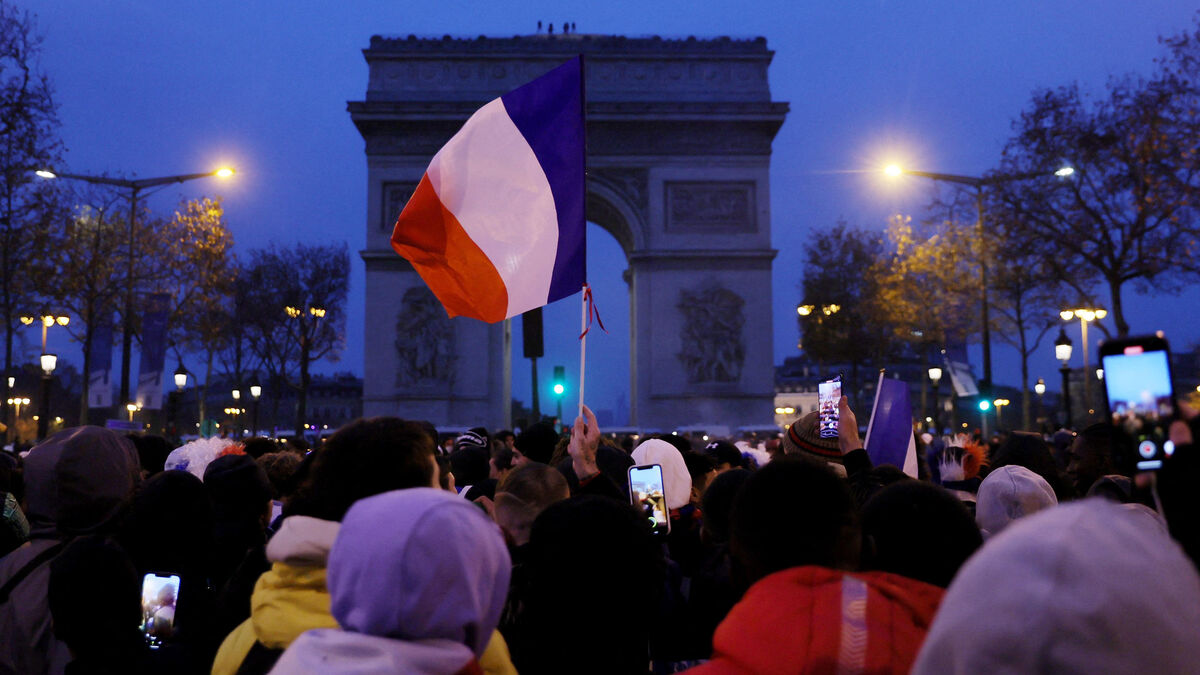 Argentina-France: after the equalization of the Blues, the Champs-Élysées are finally unleashed 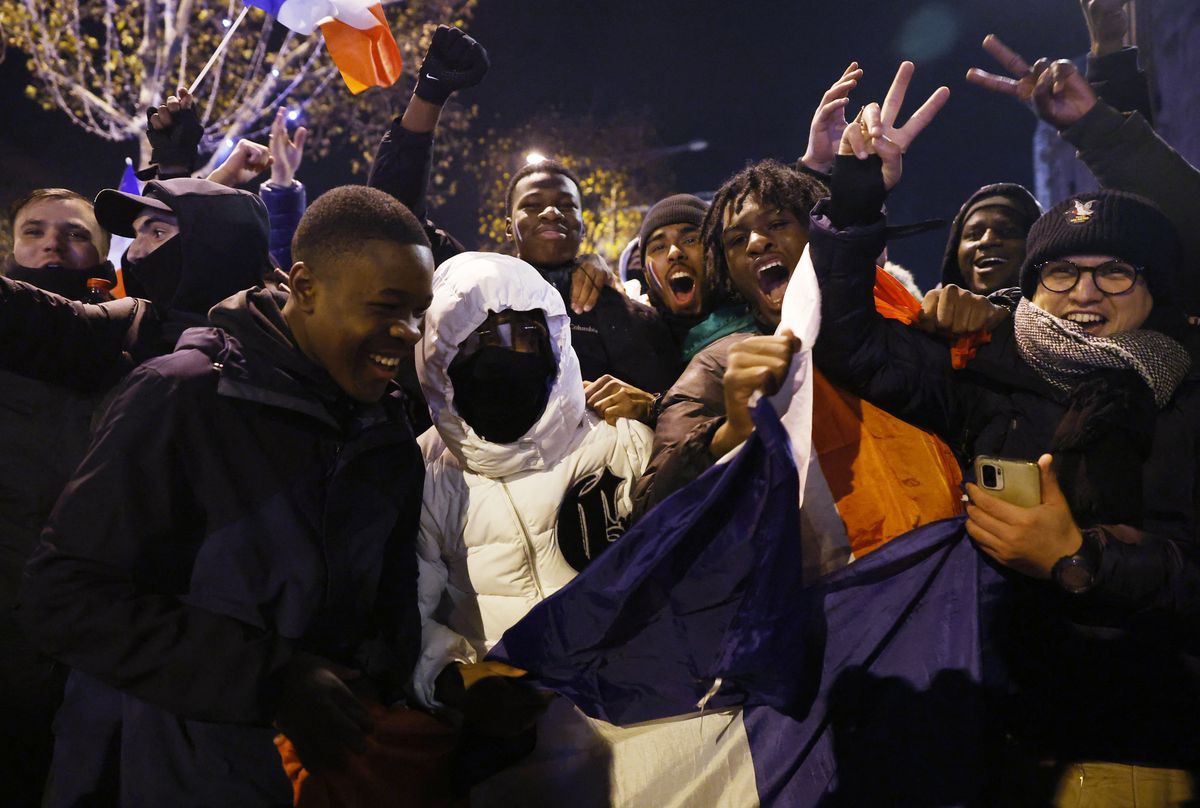 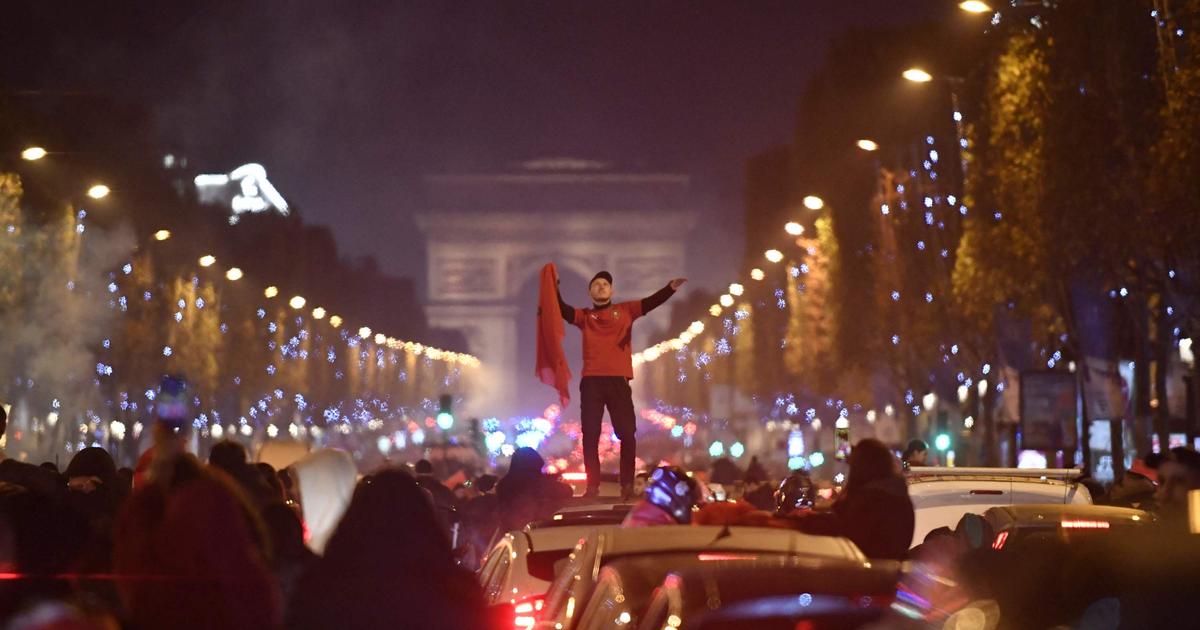 France-Morocco: how the Champs-Élysées is preparing for possible overflows 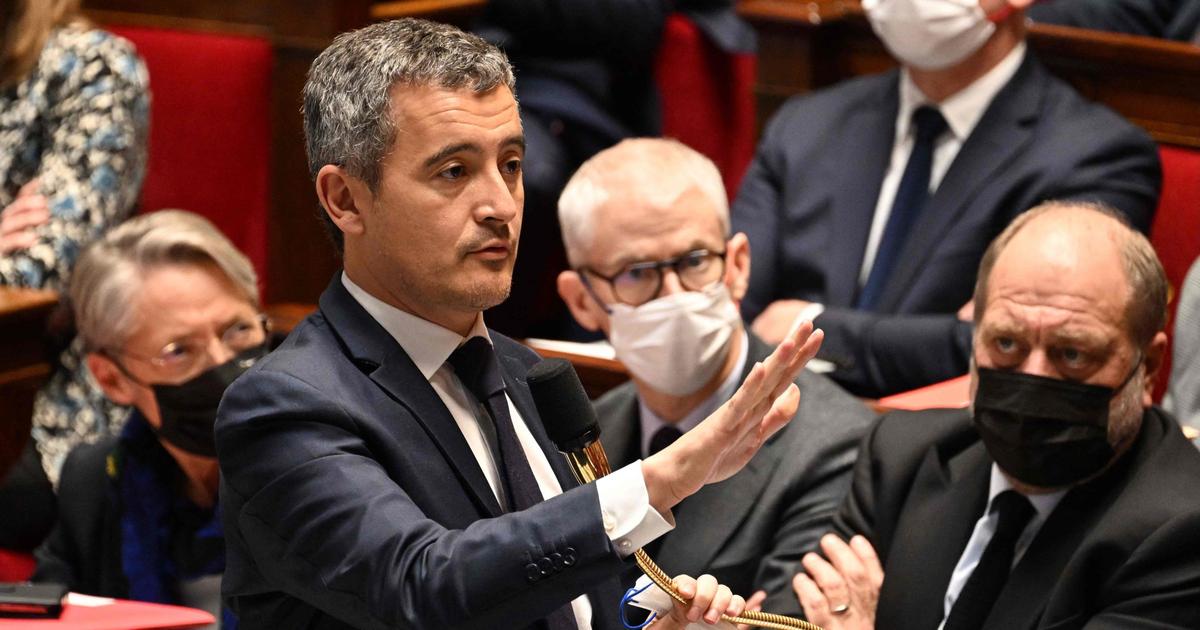 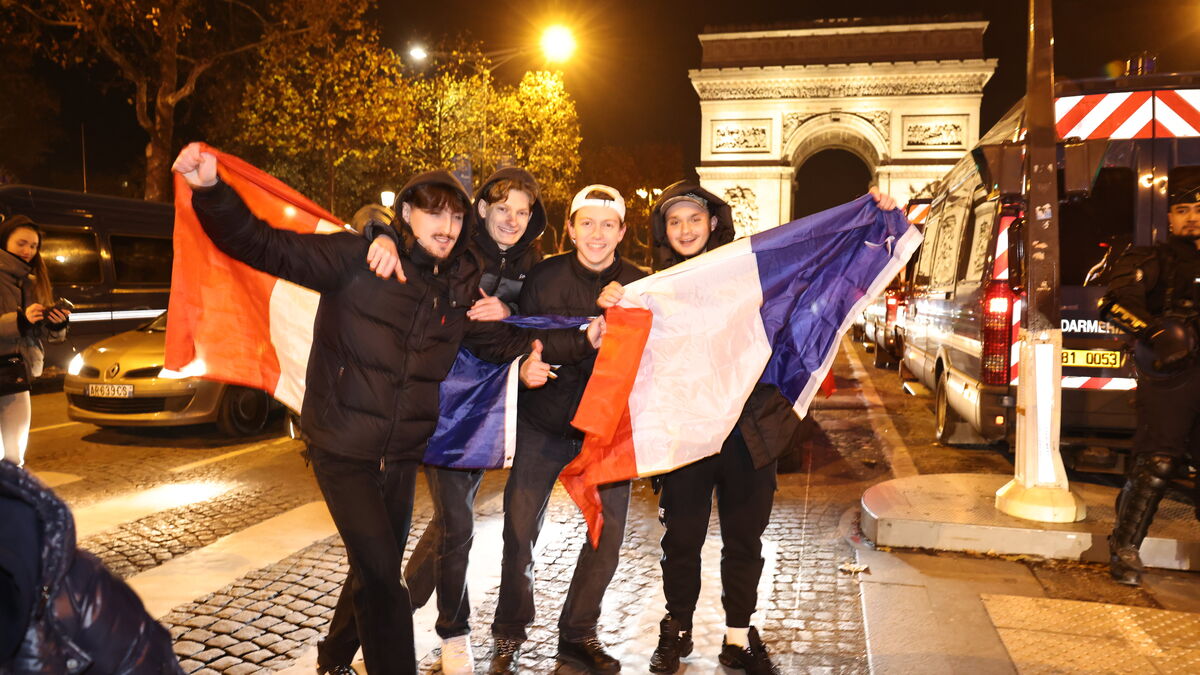 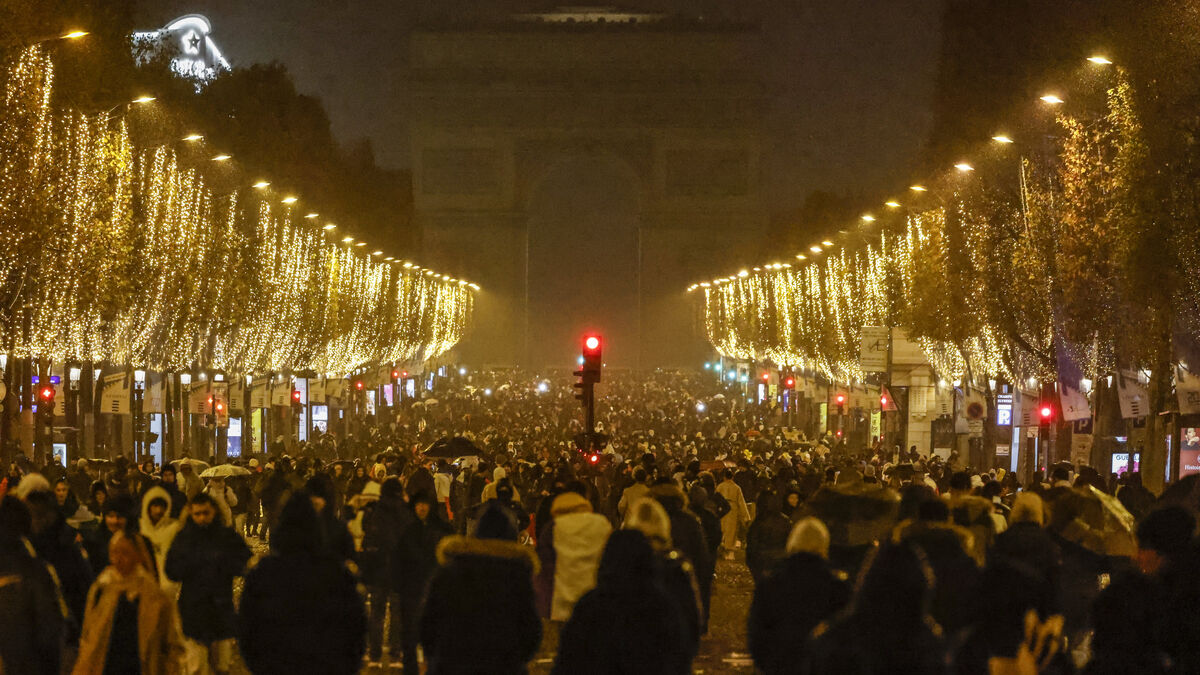 World Cup: panicked, a motorist knocked down a supporter on Sunday near the Champs-Élysées 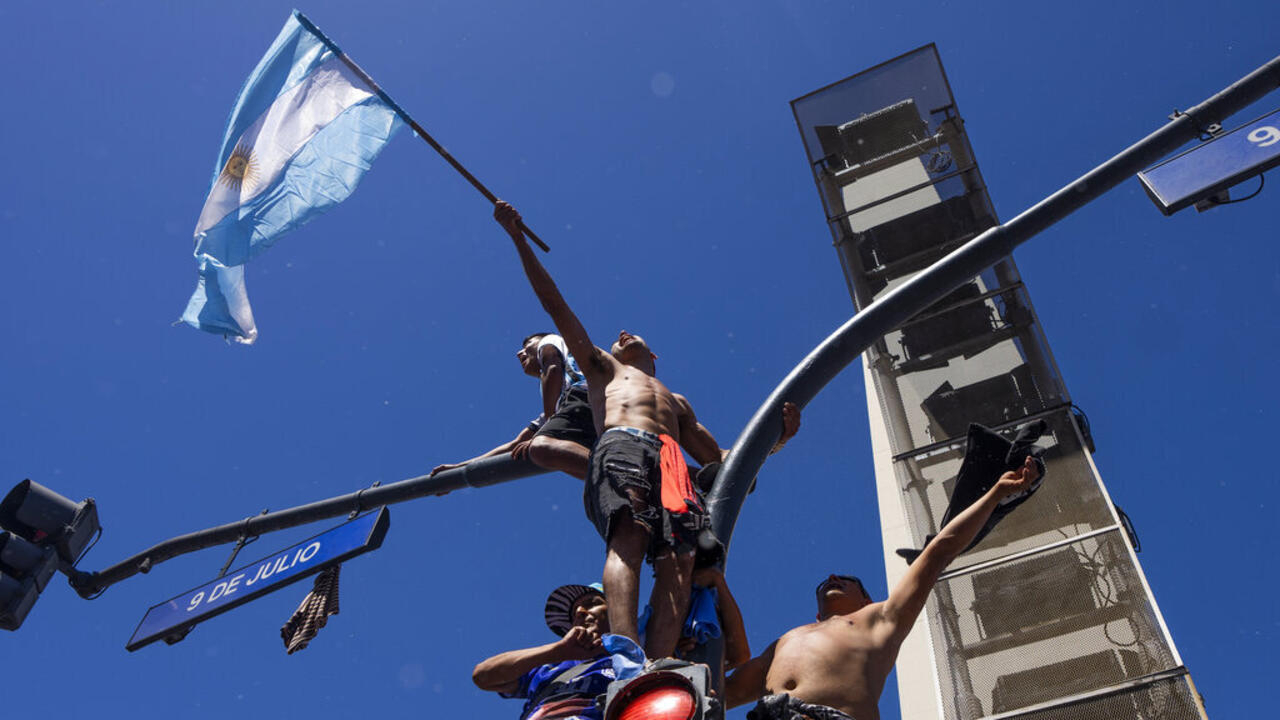 2022 World Cup: the joy of Argentine fans, silence on the Champs Elysées 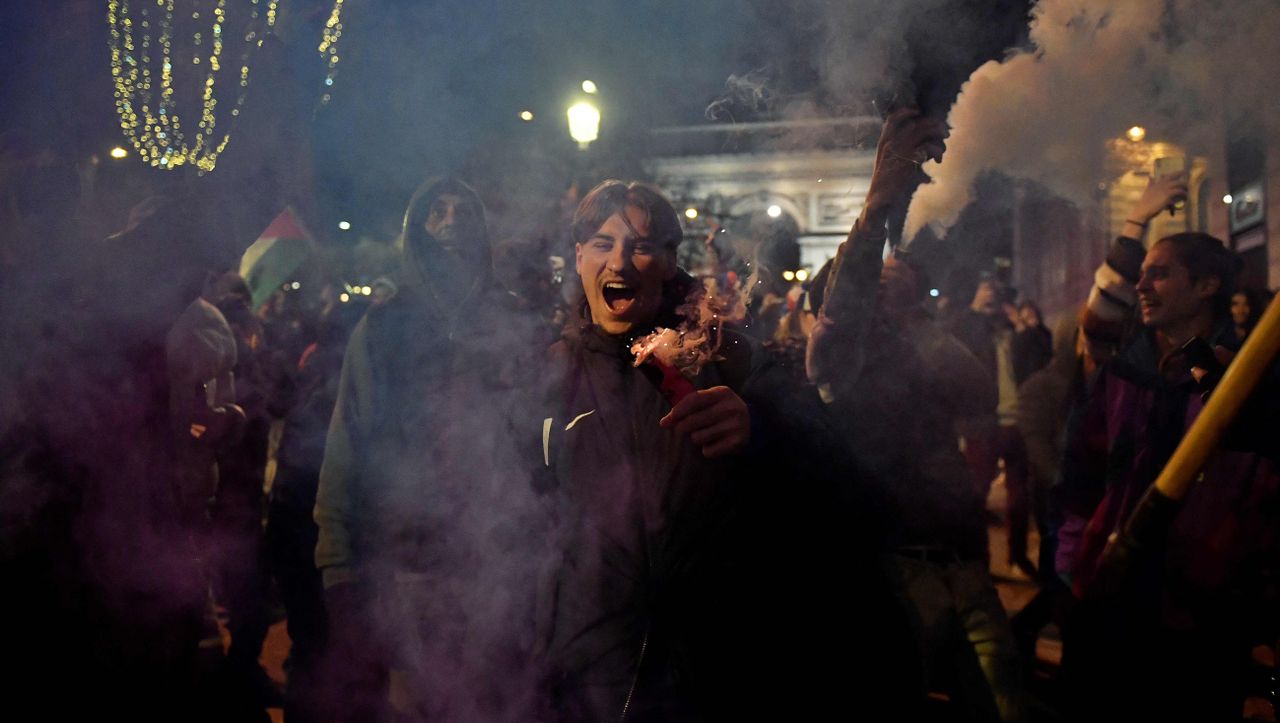