BVB boss Watzke supports Kahn in the DFL presidium - and sets a point against Hainer Created: 2022-12-08 12:59 p.m By: Antonio Jose Riether Herbert Hainer campaigned for Oliver Kahn in the DFL leadership, and Aki Watzke would also like to be a candidate for the FC Bayern board. Munich – During the World Cup in Qatar, not too much is heard from those responsible at FC Bayern. On Wednesday, when

Herbert Hainer campaigned for Oliver Kahn in the DFL leadership, and Aki Watzke would also like to be a candidate for the FC Bayern board.

Munich – During the World Cup in Qatar, not too much is heard from those responsible at FC Bayern.

On Wednesday, when there was no match, President Herbert Hainer was again available for interviews during the Champions League duel between the FCB women and FC Barcelona.

The 68-year-old reacted to the latest events in German football on the DAZN streaming service and made an interesting announcement.

Unsurprisingly, Hainer was asked about the latest decisions at the DFB and supported the decision to continue to hold on to national coach Hansi Flick.

Hansi Flick has proven at Bayern that he can train a team successfully and has won many titles with us," said Dingolfing.

He is "convinced that he can do the same with the national team" and now wants a uniform approach with a view to the next tournament.

The functionary also commented on the premature farewell of the previous DFL Managing Director Donata Hopfen, who officially announced her resignation on Wednesday after one year in office - and brought a direct colleague into play.

The German Football League (DFL) interest group consists of all 36 first and second division clubs and has a major influence on German professional football.

The DFL has a special responsibility because it determines the distribution of TV money to the 36 members.

As Hainer emphasized, a strong DFL is "very, very important" for FC Bayern and the entire league.

After all, the record champions generated 90 million euros from television money last year, which accounts for around 9 percent of the total volume.

New TV rights for the Champions League: DAZN gets involved, competitor only receives a fraction

"We all have to join forces, and FC Bayern will be very active, especially Oliver Kahn as CEO, in the process of further strengthening the DFL," said Hainer on Wednesday evening.

However, the former Adidas boss left open the extent to which Kahn should be involved in the future.

However, it is not yet known whether the former national goalkeeper Kahn will really play a permanent role in the DFL in the future.

It was only on Thursday afternoon that BVB Managing Director Hans-Joachim "Aki" Watzke, in his function as Chairman of the DFL Supervisory Board, announced Donata Hopfen's successors.

Axel Hellmann, deputy CEO of Eintracht Frankfurt, and Oliver Leki, CFO of SC Freiburg, will take over the management of the DFL on an interim basis until the end of the season.

Both officials have previously held positions within the DFL.

According to Watzke, it is quite conceivable that Oliver Kahn may become involved in the league merger in the future.

“The simplest, most direct and uncomplicated would be if Oliver Kahn ran for the presidency.

I would be happy personally," said the 63-year-old at the press conference on Thursday.

"We didn't need a hint": Watzke with a dig at FCB President Herbert Hainer

"We sit together on the board of the ECA

and we always have this exchange and I think a lot about getting a few board chairmen on the board," said Watzke with a view to a possible Kahn engagement.

"It would be negligent if we weren't in contact with the protagonists of FC Bayern," he remarked.

"Herbert Hainer didn't call me, I usually talk to the operational level, i.e. the CEO Oliver Kahn, but I'll get in touch with him

soon ," Watzke said in the direction of the FCB President and added added somewhat smugly: "We didn't need the hint". 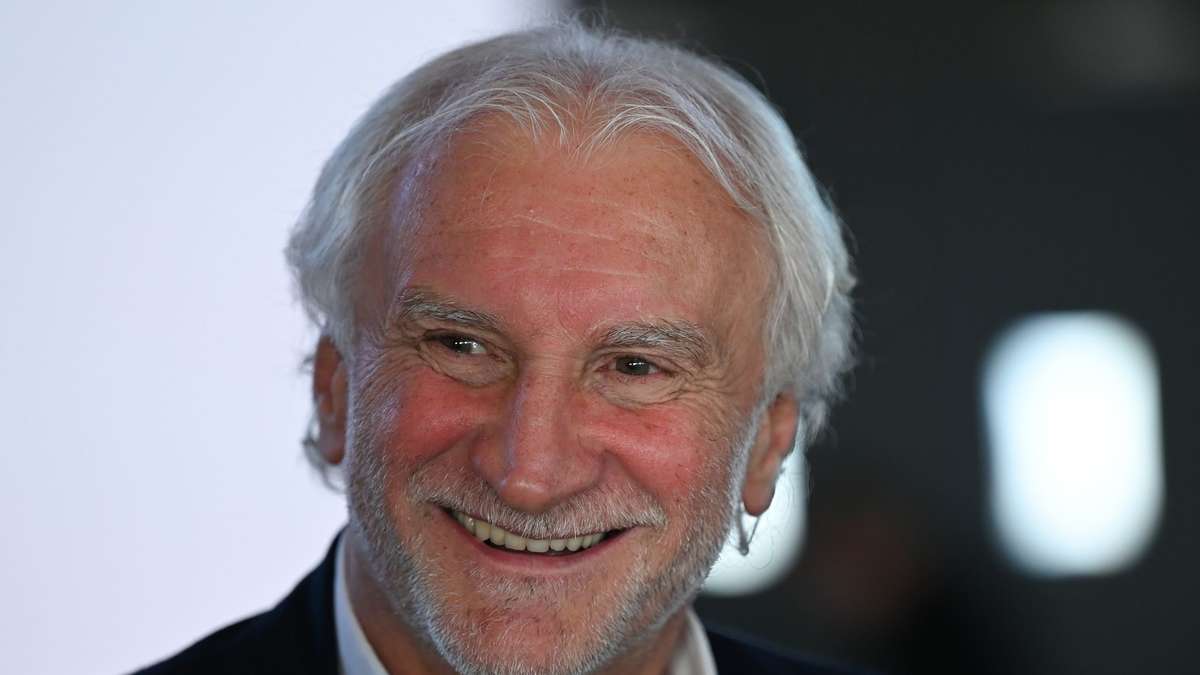 Ms. Svenja has to drive her Titan: Kahn's rag is apparently already gone