DFB star Hofmann and fiancée vacation in "paradise": distraction after the World Cup

DFB star Hofmann and fiancée vacation in "paradise": distraction after the World Cup Created: 2022-12-08 09:37 By: Alexander Kaindl Laura Winter and Jonas Hofmann are looking for distraction in the holiday paradise. © Screenshot Instagram / Laura Winter The 2022 World Cup ended early for Germany. A national player is currently switching off in the holiday paradise - his fiancée documents the t

DFB star Hofmann and fiancée vacation in "paradise": distraction after the World Cup

Laura Winter and Jonas Hofmann are looking for distraction in the holiday paradise.

A national player is currently switching off in the holiday paradise - his fiancée documents the trip.

Munich – Just dive down – in the truest sense of the word: For national player Jonas Hofmann and his fiancé Laura Winter, that was exactly the motto after the messed up World Cup 2022.

The couple got engaged before the World Cup, and immediately afterwards Hofmann and the DFB went to Oman and then to Qatar.

His future wife, who is also well known to football fans as the presenter of Sky Sport News, followed a few days later along with other friends of the DFB stars.

During the World Cup, which didn't last too long for Germany after the embarrassing end, Winter kept posting pictures from the emirate.

Hofmann, who rightly earned a World Cup ticket through strong performances at Borussia Mönchengladbach and was even considered a possible surprise solution for the construction site in the back four, was allowed to celebrate his debut at a World Cup.

However, he could no longer prevent his departure.

Accordingly, the native of Heidelberg was disappointed immediately after the Costa Rica game.

Only a distraction in one of the most beautiful places on this planet could help, as reported by tz.de.

Immediately after the World Cup, Hofmann and Winter ended up in the Maldives.

The sports presenter is currently busy documenting the trip on Instagram, but the Bundesliga star is reluctant to post.

It is quite possible that Hofmann deliberately puts his cell phone aside in order to actually be able to switch off properly.

Who can blame him for the ongoing DFB criticism from home.

Laura Winter shows impressive photos and videos from the Maldives

The fans and followers can still take part in the journey.

Winter first posted a video in her story showing her on a bike.

The little jaunt was accompanied by music by US singer Bazzi.

Shortly afterwards, Winter also posted a photo of herself in a hammock and simply wrote: "Hello paradise." In another story, she showed a video of the breathtaking view from one of the famous water bungalows in the middle of the Indian Ocean.

The right song for it?

"Don't worry, be happy" - it's clear that she's trying to cheer up her Jonas after the bitter World Cup defeat and to remind her of the brighter sides of life.

Hofmann himself can only be seen once - from behind, on a bicycle.

Winter wrote accordingly under the series of pictures: “Swimming.

And do it all over again.”

Will Hofmann succeed in switching off after the World Cup fiasco?

The midfielder still has a few days off.

But soon he will return to Germany, where he will prepare for the second half of the season with the foals.

On January 22nd, Gladbach will start again in the Bundesliga with the derby against Leverkusen. 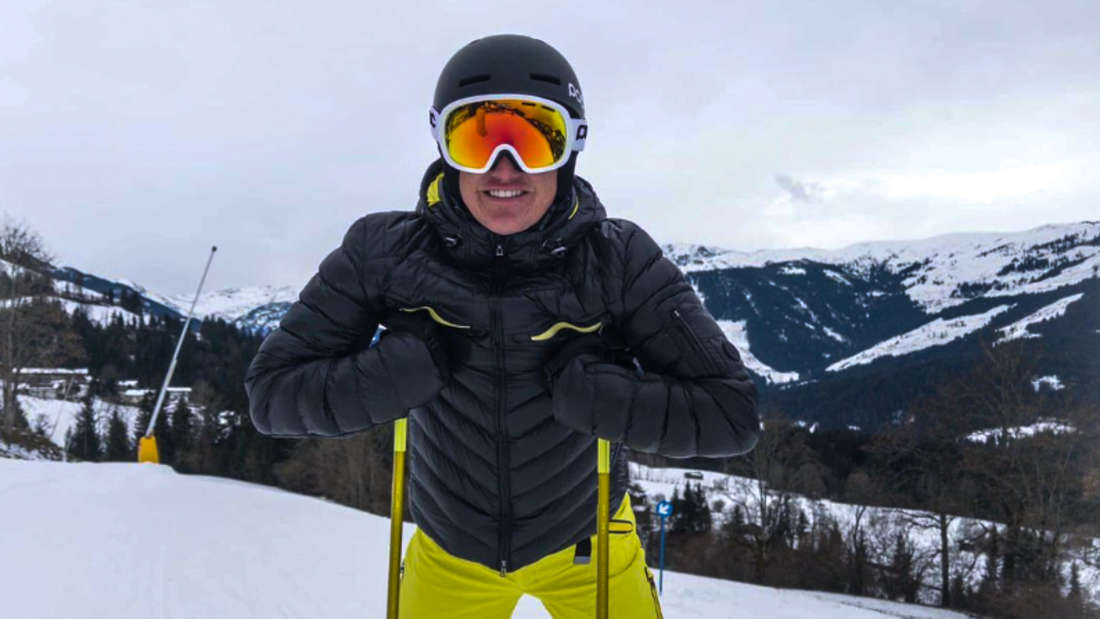 But no DFB resignation? Müller speaks for the first time after World Cup disappointment and announces decision