Argentina after penalty thriller in the semifinals

Argentina after penalty thriller in the semifinals

Argentina defeated the Netherlands on penalties and are in the semi-finals.

The next trembling game.

But Messi does better than his friend Neymar.

Argentina made it to the semi-finals on penalties.

Lusail - Lionel Messi ran to the penalty hero, pushed Emiliano "Dibu" Martínez and on the sky blue and white stands of the final stadium of the soccer World Cup there was already pure title mood.

In another insane penalty thriller, Argentina trembled through to the semi-finals led by assist and goalscorer Messi.

The South Americans defeated the Netherlands 4-3 on penalties in the round of eight thanks to goalkeeper Martinez, who made two brilliant saves.

The former Wolfsburg Weghorst had made the two-time world champion tremble with a brace.

But in the penalty shootout, Oranje was knocked out, as in 2014 in the World Cup semifinals against Argentina, when veteran coach Louis van Gaal was also denied the crowning glory.

This time it was Martinez who saved against Liverpool star Virgil van Dijk and Steven Berghuis.

In the end we suffered a lot.

In the beginning things went well.

But we made it.

We're a team that knows what it's doing.

We want to win.

We have an unbelievable desire to win this championship.

Step by step we are making progress, we enjoy it.

We needed this win," said Messi and was relieved after the penalty shoot-out: "We didn't think it would come to that.

That was difficult for us.

Don't let that impress you too much.

We knew when it came to penalties we had to be united.”

In front of 88,235 spectators, Messi & Co. looked like the sure winners against weak Dutchmen until just before the end of regular time.

Messi prepared the lead with a stroke of genius in his 1001st professional game when he put the ball in front of Nahuel Molina (35th minute).

He scored the second goal himself with a penalty kick (73').

However, Weghorst caused extra time in the 83rd minute and the eleventh minute of added time.

Nothing happened there anymore.

It went to penalties where Argentina had the better end.

Argentina's Nahuel Molina (26) scored to make it 1-0 after strong assists from Lionel Messi.

A few hours after Brazil's penalty knockout with Messi's PSG club colleague and friend Neymar, coach Lionel Scaloni's team underlined their ambitions for the world title against the Dutch, who had been unbeaten in 19 games under van Gaal.

On Tuesday (8:00 p.m.) it's up against Brazil-conqueror Croatia for a place in the final.

"It's going to be very difficult.

Not everyone can beat Brazil.

It will be a tough opponent," said Messi.

Captain Messi made it 2-0 with a penalty.

Only 15 kilometers away from the World Cup defeat of Neymar's great arch-rival, the Argentines around Messi wanted to do better, even if the dream of football fans worldwide of the Superclásico in the semi-finals in Qatar was already gone.

Eyes closed for a moment, Messi fervently sang the anthem, which was joined by tens of thousands in Argentinian jerseys in the stands.

Ángel di María not in the starting XI

Of course, the experienced coach did not reveal how van Gaal wanted to stop Messi.

In any case, the Dutch and their captain Virgil van Dijk from Liverpool did not deviate from their style of play, which was designed more for effectiveness than attractiveness and left the action to the South Americans.

The important wingman Ángel di María was missing from the starting lineup, just like in the round of 16 against the Australians.

But even if the Dutch, like everyone else, preached beforehand that they would not play against Messi but against Argentina, he taught them better with the provisional climax after a good half hour.

The midfield clearer and booster was able to play after worrying reports about his fitness.

But his shot was too weak.

Messi with a strong template before the 1-0

With a brief body trick he duped Nathan Aké about 30 meters in front of the goal, ran on with the ball at his foot, looked ahead, but without looking, played steeply and precisely to Molina, who didn't give Andries Noppert a chance when he fell with his outside instep.

Messi raised his fist and laughed at the audience - Messi experienced the World Cup in the best form of the glorious Barça era.

Whatever van Gaal came up with - it didn't work at all for a long time.

Only a little later Messi danced out Aké again, the shot with the weaker right foot did not cause any problems for Noppert.

The Dutch were now challenged.

Van Gaal made the switch, brought in two fresh players - but now played even more defensively on paper.

The South Americans initially fell back a little more, but the van Gaal protégés weren't really able to use that at first.

And every time Messi got the ball in his 24th World Cup game, in which he drew level with Miroslav Klose and is only one behind record holder Lothar Matthäus, it got dangerous and loud in the stadium anyway.

A free kick after a good hour after a foul on himself swept over the goal net.

He aimed more precisely at the penalty kick.

Weghorst's goal then burst into the constant song of the Argentine fans.

There were anxious and heated minutes.

Pack formation, a red-worthy body check by van Dijk, and then ten minutes of stoppage time.

The goal to make it 2-2 came in the eleventh minute of added time after an unnecessary foul by the Argentines.

Instead of shooting over the wall, substitute Teun Koopmeiners passed Weghorst and he scored again.

This time to compensate: extra time and even the ultimate highlight with the penalty shootout.

Messi kisses and lifts the Hercules Cup! I won't pass by this time

"It was an unbelievable final, I would never have dreamed of it": Argentina ecstasy after World Cup title 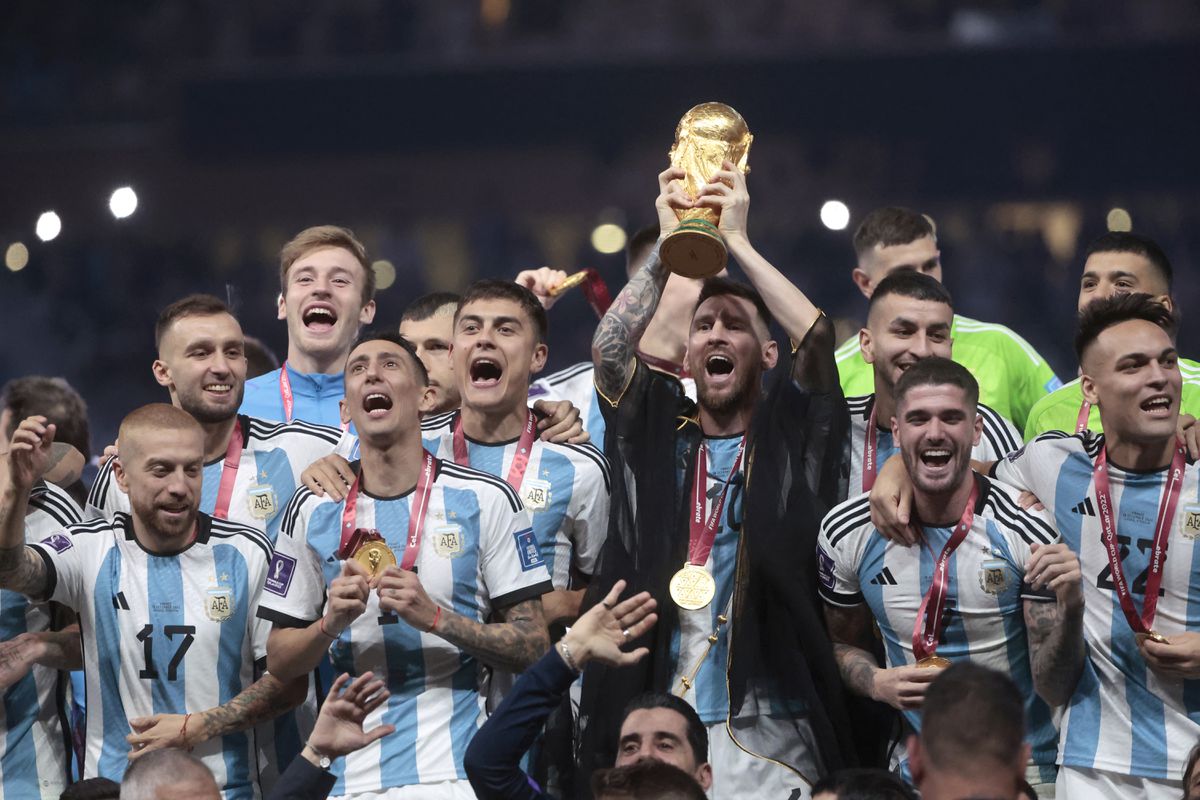 The battalion of secondary schools that supported Messi 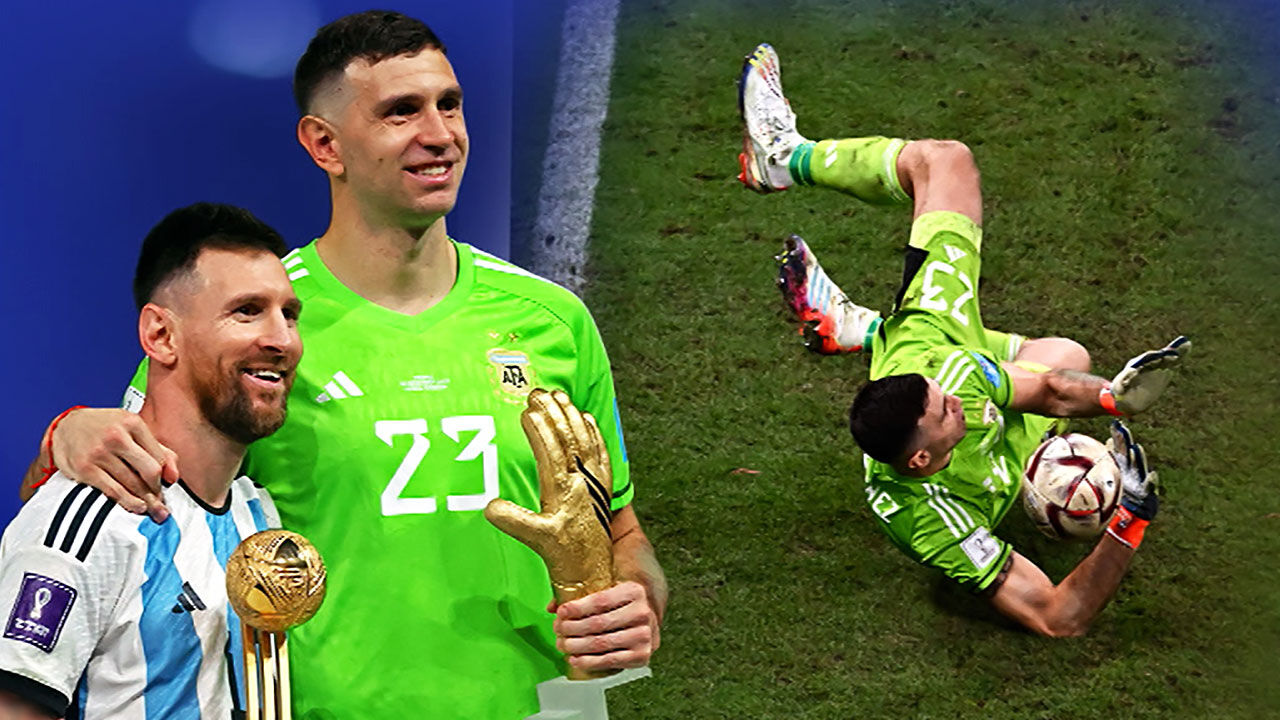