Brazil shocked: Croatia moves into the World Cup semi-finals Created: 2022-12-09Updated: 2022-12-09 7:04 PM The Brazilians are disappointed after the defeat on the pitch. © Robert Michael/dpa What a final drama: The Brazilians, who have been so strong up until now, are defeated by Croatia on penalties at the World Cup. The vice world champion moves into the semi-finals, the Seleção is devastate

The Brazilians are disappointed after the defeat on the pitch.

What a final drama: The Brazilians, who have been so strong up until now, are defeated by Croatia on penalties at the World Cup.

The vice world champion moves into the semi-finals, the Seleção is devastated.

The team around superstar Neymar had to admit defeat to the 2018 runner-up in the quarter-finals after a fighting game on penalties 2: 4.

After a 0-0 draw in regulation time, Neymar seemingly shot the Brazilians into the semifinals with his goal in extra time (105th minute+1).

But Bruno Petković's goal (117') tore the favorites out of all their dreams.

As in the round of 16 against Japan, goalkeeper Livakovic became his team's saviour, saving a Rodrygo penalty.

In four of the last five world championships, this was the end for the Seleção, the last time they took part in the final was in 2002. A possible Superclasico against permanent rival Argentina is also definitely out of the question.

The Croatians, who have been so harmless in the tournament so far, are likely to dream of a repeat of 2018, led by ex-world footballer Luka Modric, who has regained his strength.

Opponents on Tuesday (8:00 p.m.) will be either the Argentines with Lionel Messi or the Netherlands with head coach Louis van Gaal.

Brazil with the same starting XI as against South Korea

The Brazilians started in front of 43,893 spectators at Education City Stadium with the same starting eleven as in the 4-1 gala against South Korea in the round of 16.

But it wasn't made that easy for them.

The Croatians were much more concentrated on the defensive than the Asians.

When Brazil had the ball, they usually had 11 players behind them.

The record world champion did not initially have any great chances.

But the Seleção approached.

Neymar and Co. knew exactly what to expect.

Firstly, the routine of superstar Luka Modric and his midfield colleagues Marcelo Brozovic and Mateo Kovacic.

On the other hand, the enormous experience of the entire team.

The Croatians had won seven of their last nine knockout games at World Cups.

In all of those nine games they have scored at least one goal.

So if anyone knew what was important in these games, it was coach Zlatko Dalic's team.

In the first round, however, the vice world champion was almost exclusively concerned with keeping the strong opponent away from his own goal.

In the 5th minute, Vinícius Júnior tried a flick for the first time.

Fifteen minutes later, Real Madrid's speed dribbler combined into a promising position with a one-two, but his shot was blocked by a Croatian.

Croatia did not allow more.

Who keeps their nerve?

Livakovic as life insurance for Croatians

The Croatians' tactics became clearer and clearer the longer the game went on: don't allow anything at all in the back and become dangerous up front with a counterattack.

And when Croatia became dangerous, it was mainly through passes from Modric or the right flank around full-back Josip Juranovic.

But even that became less.

In the second half, Brazil increasingly squeezed their opponents in their own half.

Neymar (55th) had a great opportunity to take the lead, but he couldn't get past Livakovic from a tight angle.

An unintentional handball by Juranovic in the penalty area was not punished after a video check.

Neymar (l) plays around the Croatian goalkeeper Dominik Livakovic and scores the lead.

But Brazil were closing in on the lead and Livakovic was becoming the Croatians' life insurance policy.

After a misunderstanding in the central defense, Lucas Paquetá (66th) was suddenly free in front of the keeper, but couldn't get past either.

Then it went very quickly via Joker Rodrygo and Richarlison, who was paler this time, but again Livakovic was the winner in a duel with Neymar.

The 27-year-old, who became a hero against Japan with three saved penalties, almost single-handedly kept his team in the game after the break.

But even the class keeper was powerless against Neymar's goal from close range in extra time.

However, the Croatians were back in the game with Petkovic's goal.

The "time traveler" who revealed the World Cup final and made a mistake explains why he does not repeat it - voila! FIFA World Cup 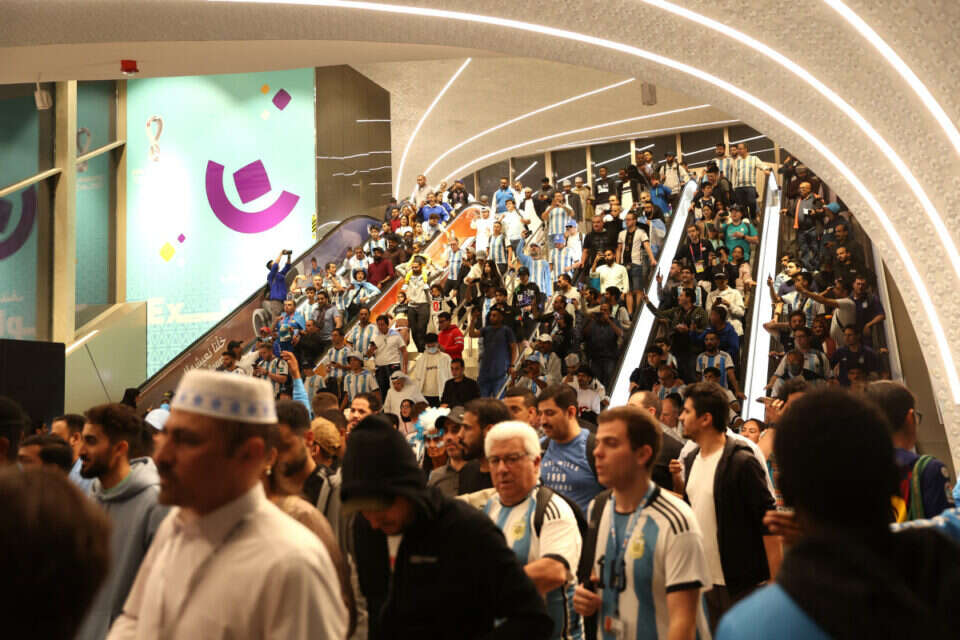 The "time traveler" who exposed the World Cup final and made a mistake explains why he does not repeat it - voila! sport