At the moment of truth, Djokovic goes on the attack

The Serb raises his game and the tone of his speech before the decisive stretch of the tournament, while there is speculation about his injury again, as happened two years ago 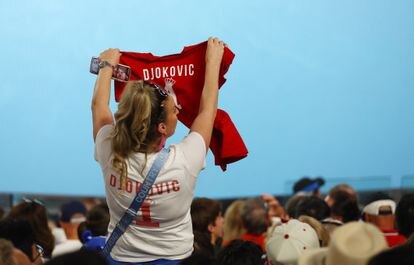 The moment of truth has arrived, barely five days to solve all the enigmas of this Australian Open, and any speculation or trompe l'oeil is over.

Cards on the table, masks off.

For example, the Kazakh Elena Rybakina has made it very clear that, as was the case at Wimbledon, where she triumphed last year, she is a candidate for the title and that it will not be easy to stop her;

there is also no doubt that Victoria Azarenka still has quality tennis left at 33 or that Stefanos Tsitsipas feels like a fish in water in Melbourne;

The Russian Karen Khachanov is grateful for the abandonment of Sebastian Korda (wrist) and is also running, trying to break the semifinal barrier that he has never broken in a major, and today Novak Djokovic, master of the tournament, returns to the scene, nine titles and 21 big on the record.

In a rather low profile until now, without being crouched but without showing his fangs either, the Balkan has been developing these days from discretion, without saying a word louder than another, much less showing the slightest spirit of revenge after what happened 12 months earlier, when he was arrested and deported for his attempt to access the oceanic country irregularly.

On the day of its premiere, he appreciated the warm reception – “especially from the Serbian community”, he pointed out -;

the next two rounds he dealt with the injury that drags on his left thigh -he lost a set against the 119th in the world and could not contain several grimaces against Grigor Dimitrov-;

and ultimately, he made an impact due to the high level offered against Alex de Minaur.

“So high that in the second set,

Djokovic: "Only my injuries are questioned, others are victims..."

Unlike the two previous appointments, which stumbled from the physical plane, in that duel Nole did not show any discomfort, beyond some specific stretch to relax the muscles.

"The signs are good, but we are not going to celebrate anything," he explained in the conference room after winning.

He transmitted the improvement and, from there, the almost always sound: conjectures, speculations, doubts.

To what extent did you hurt your thigh in Adelaide preparatory and to what extent have you recovered to offer that level jump?

Noise and suspicions to which he is no stranger.

Contained until then, Djokovic, 36 years old on May 22, changed the reduced speech of these two weeks in Australia and hardened it.

He exploded during the talk with the special envoys of his country.

“Only my injuries are in question.

When other players are injured, they are the victims, but when it's me, I'm faking it,” said the Belgrade player, quoted this Wednesday in the quarterfinals (around 9:30 a.m., Eurosport) with the Russian Andrei Rublev.

"Playing with discomfort is not an injury"

“I have the MRI, the ultrasound and everything else, both from two years ago [when he won the tournament despite playing it since the third round with an abdominal tear] and now.

Whether I'll post it in my documentary [about his career and his life,] or on social media will depend on how I feel.

It may do so, it may not, ”he continued, in a statement collected by the

“I don't care what people think or say.

It's fun, it's interesting to see how the narrative around me continues, a narrative that is different compared to other players who have been through a similar situation.

But I'm used to it, and that gives me more strength and motivation.

I thank you, ”he ironized.

When the ramps tilt and only the strongest instincts survive, Djokovic shifts up a gear.

“80% of the players deal with physical problems”, opined the American Taylor Fritz (nine in the world) through Twitter;

“Some players talk more than others about his injuries, but I don't think he's pretending.

Some exaggerate because it takes pressure off them and helps them play better, but it can be one in 500 and honestly that's okay.

You have to do what works for you.”

A fan of Djokovic, in the central Melbourne Park. CARL RECINE (REUTERS)

Daria Saville, the 56th of the WTA, also intervened in cyberspace.

“Playing with discomfort, with soreness or even with chronic pain is not an injury.

An injury is something that causes you enough pain to prevent you from competing,” said the Australian;

"Novak is a machine and can probably tolerate more pain than others, and on top of that I'm sure he and his team spend hours and hours working on his tendon to make it better."

A day earlier, De Miñaur described that the Serb, whom he censured a year earlier for the episode at the country's customs, "has moved quite well."

The Australian hinted that, at least, he had been surprised by the physical reaction of his rival.

“I don't know, what did you think?

Everyone has seen what has happened in the last two weeks... It's all that's been talked about;

Either I am not that good a tennis player, or he has done well.

He has done too well in every way.”

To which Djokovic, now on the attack and who had taken his license plate the previous season, replied: "I have no relationship with him, he has already shown what he thinks of me."

THE ABDOMINAL RUPTURE OF 2021

Two years ago, Djokovic conquered the great Australian in a similar circumstance to the current one.

Then, the Serb suffered an abdominal tear during the third round match against Taylor Fritz and dragged the injury until the end of the tournament.

“If this wasn't a Grand Slam, I definitely wouldn't be playing.

But it's a Grand Slam, and this means a lot to me at this point in my career.

I want to do everything possible to stay on track, ”he stated in 2021.

An MRI revealed that the 1.7-centimeter abdominal tear had grown to 2.5 by the end of the tournament, which he raised after beating Daniil Medvedev in three sets in the final.

“I have thick skin.

There are people who doubt me and of course it hurts me, ”she said;

“I've learned that you can't please everyone and I'll take criticism no matter what I do. 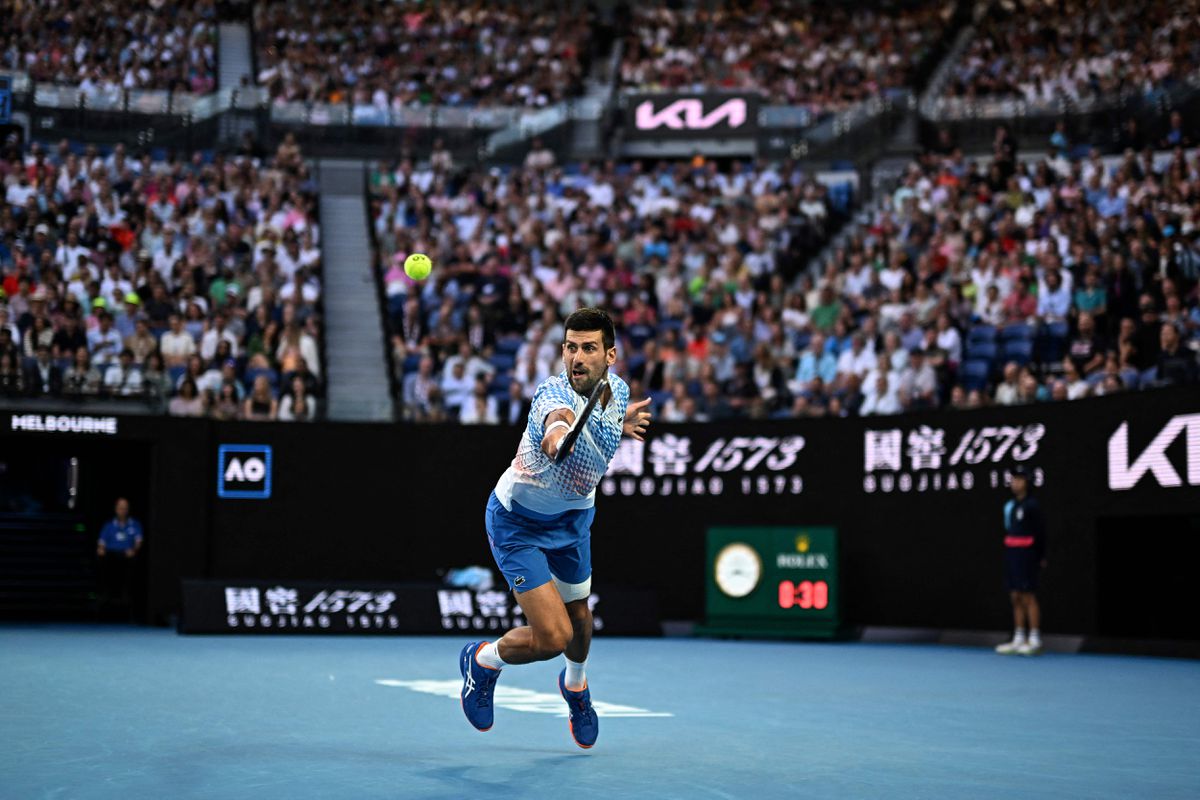 The great Djokovic is scary again 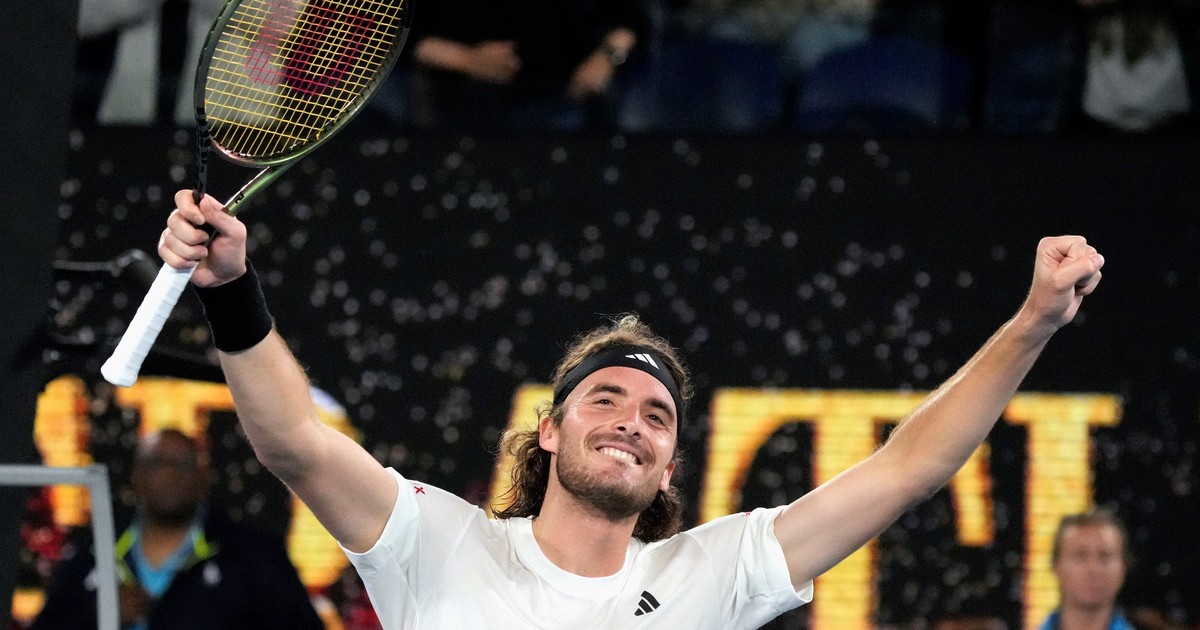 Stefanos Tsitsipas and a statement for Margot Robbie at the Australian Open: 'It would be nice to see her around...' 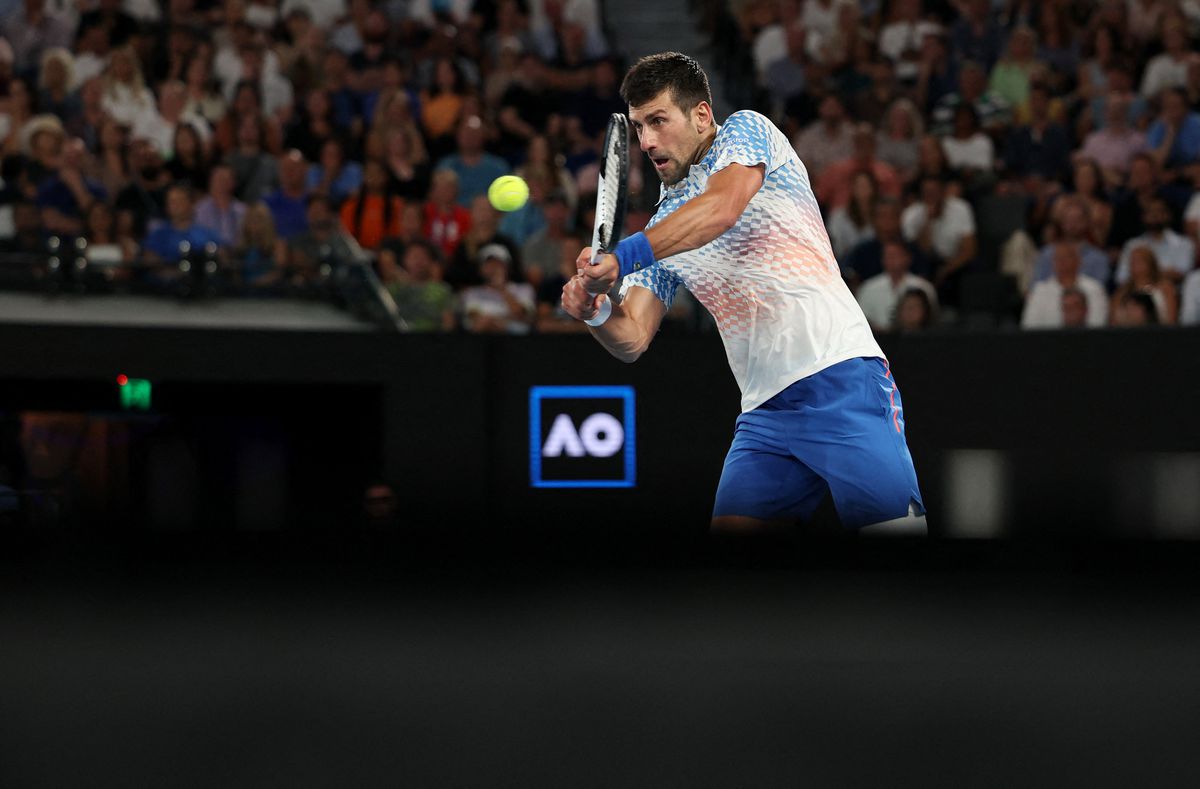 At the moment of truth, Djokovic goes on the attack 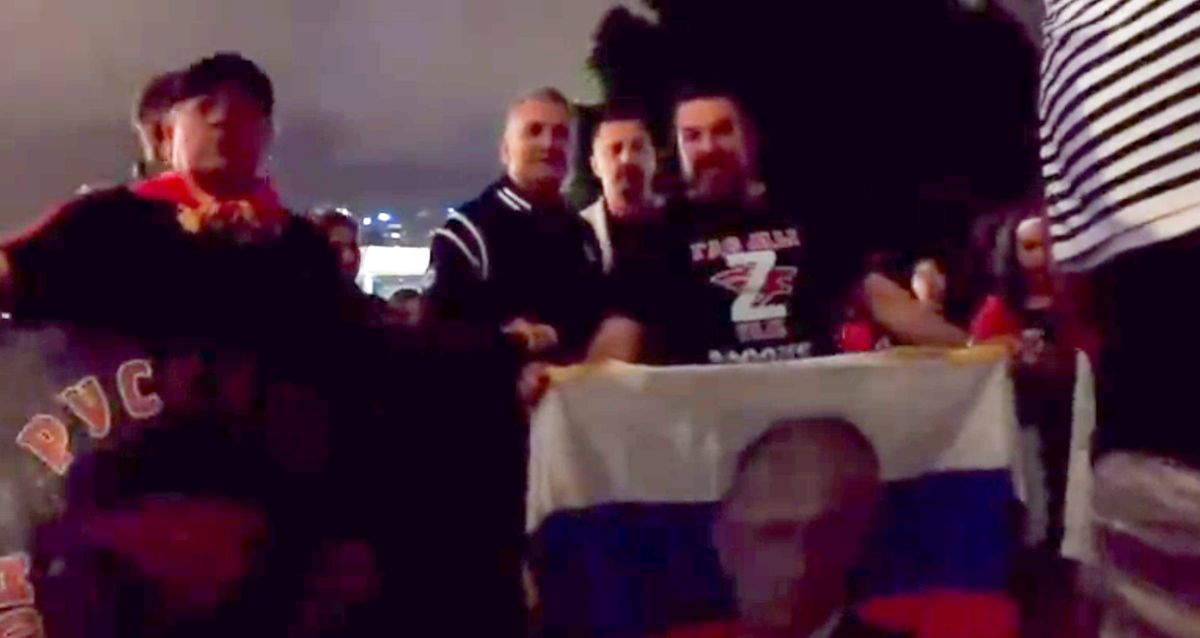 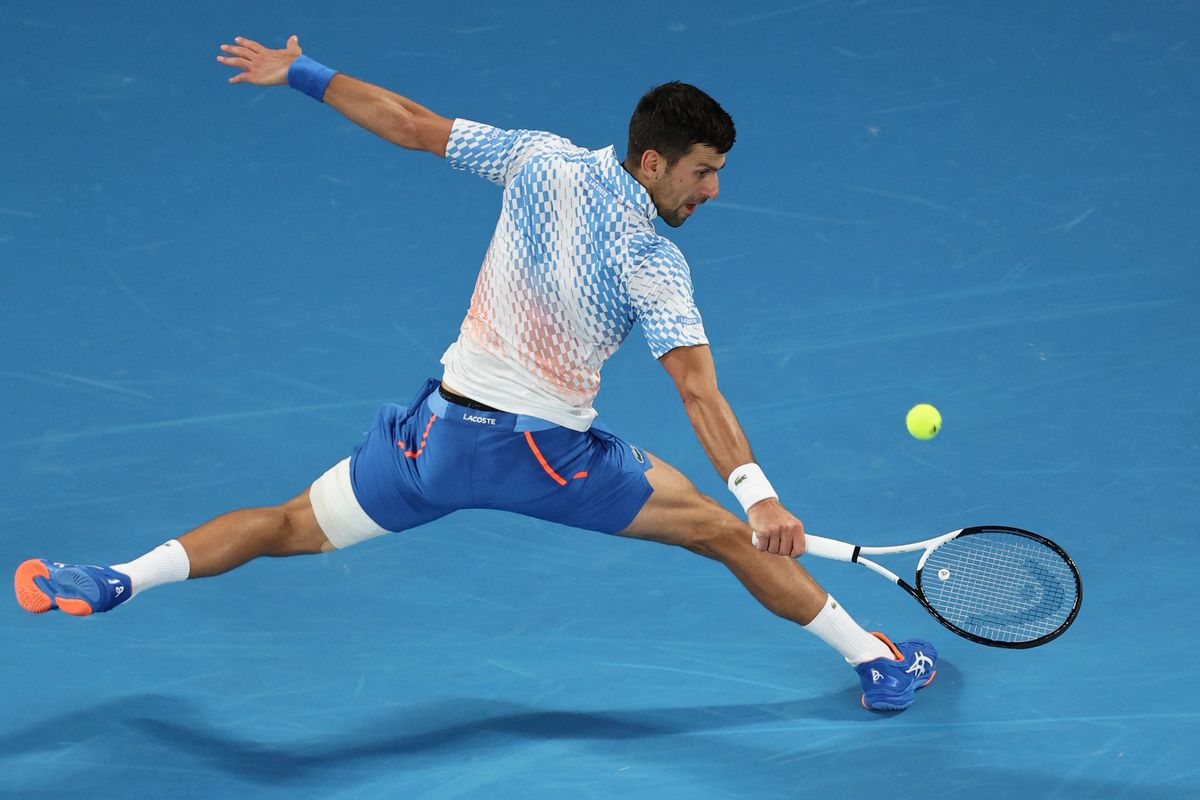 And now, who is stopping this Djokovic? 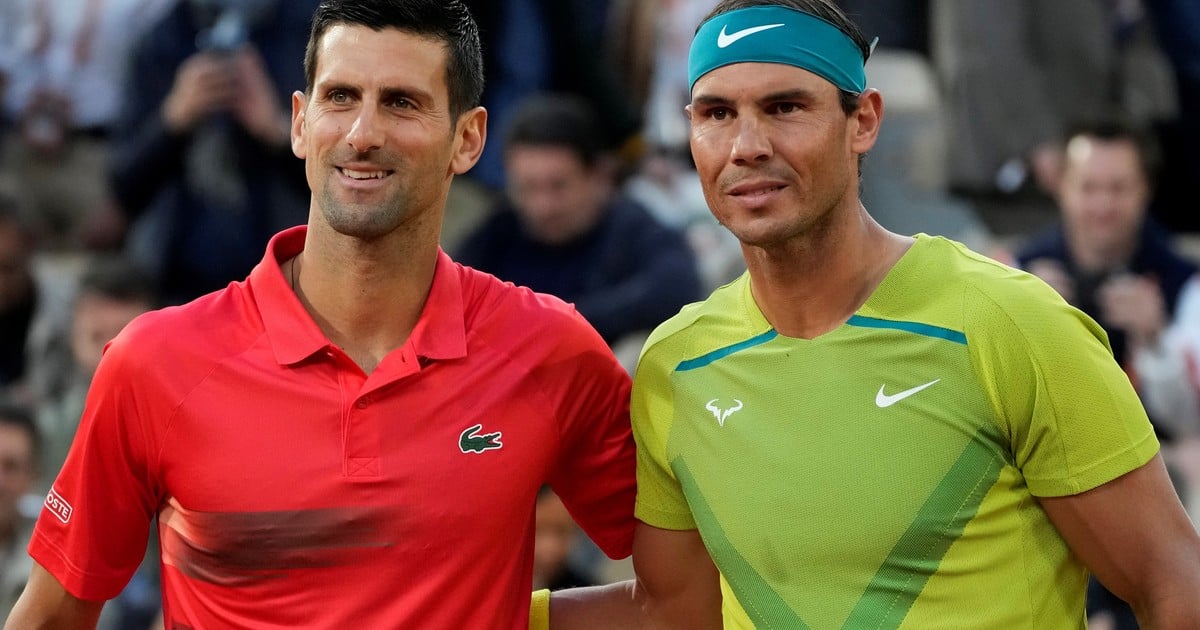 Former President Katsav will be interviewed by Network 13 - his lawyer will watch the episodes in advance - voila! Barangay