Marion Bartoli, coach of a young Indian heiress: “At her age, I had the same delay as her”

The 2013 Wimbledon winner is spending the week at Les Petits As, the Under-14 World Cup. For the past few months, she has been training six days 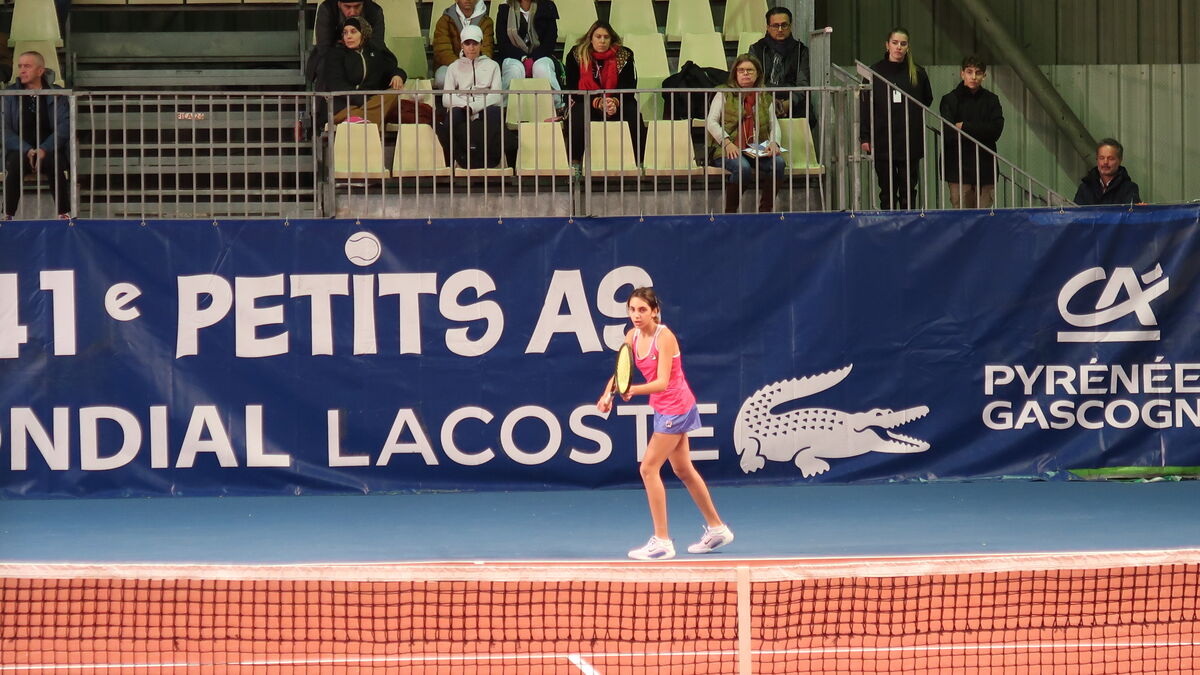 In the freshness and grayness of the Tarbes exhibition center, the luxury of the towers of Dubai and the palm trees at the edge of the water seem far away.

Residing in the United Arab Emirates, Marion Bartoli nevertheless chose the Hautes-Pyrénées prefecture and its view on a clear day of the Pic du Midi to spend her week.

Twenty-five years after having participated as an apprentice champion at the Petits As, the World Cup for the under-14s, the former world No. 7 returns there as a coach.

The 2013 Wimbledon winner has been mentoring young Pallavi Patel for a few months following an almost unlikely encounter.

“I was invited to attend the final of the Al Habtoor tournament that I had won in 2005, says the Habs, well wrapped up in the stands, after the dry defeat in the 1st round of his protected, elderly 13 years old.

At the same time, there were youth events.

I saw Pallavi, I thought she had interesting qualities even if there were a lot of things to work on.

Her dad came to see me at the end saying to me:

Here we are a little stuck on the training structures in Dubai, we feel that if she wants to have a chance we have to do a lot more.

They asked me to try it out and I agreed.

Pallavi's father is a rich Indian businessman (there is a strong Indian community in Dubai) who once competed in the American university championships under the colors of Virginia Tech.

"I admit that I only half believed it when I asked Marion," he smiles.

But it's an incredible opportunity for our family

and we see the progress day by day.

The last Frenchwoman titled in Grand Slam does not count her hours.

Three of tennis and two of physics six days a week. "You know me, jokes the one who is also a host on RMC, adviser to Jelena Ostapenko or at the head of a line of health products and estimates her weeks of work at 75 hours.

When I do something, it's all the way!

At the foot of the Burj Khalifa, where places are expensive for practitioners, the former French No. 1 hardly has to struggle to reserve training slots.

Pallavi's father indeed has his own court… “It has always been my dream, he slips.

But I hardly have the right to go there anymore, my daughter is on it all the time.

“A few weeks ago, Marion Bartoli had organized, for the whole family, a meeting in France with the legendary Venus Williams.

For Marion Bartoli, the experience has many facets.

Between bath of youth and passage of witness.

“I recognized myself a little when I was little with not many people who gave me my chance, she breathes.

I wanted to give them one by investing myself fully with them.

I love to transmit.

Looking back 25 years later on youth competitions is both nostalgic and fun.

We started from zero so it was extremely difficult.

We still see today all that he lacks, especially in terms of experience.

But I had lost here in the first round of the French qualifications and that did not prevent me from succeeding in my career.

The goal is to continue learning, to realize the level, the intensity, the striking, that she tries to play as much as possible with these girls for a week

(in training, in doubles and in consolation)

and that she leaves with clear ideas on what she could improve and the desire to do more.

It is difficult to see the parallel between the little girl from Retournac trained in the iconoclastic methods of Doctor Walter and the frail Indian with the golden spoon as a dampener.

"But it reminded me so much of my project," she says.

With an ambition to succeed and so many doubts, questions… The environment is of course different, but these people asked themselves exactly the same questions.

I said to myself why not take up the challenge to also see where it will take me in the training part, to explain to young people the high level, the discipline, the mental, the physical, tennis... See if they have the marrow and the ability to get there.

It can go very quickly and I'm proof of that, you shouldn't be afraid to work.

Unofficial godmother of the Petis As

With Jelena Ostapenko, who consults her before each match, we are in the finish.

The precision of the very high level.

With Pallavi, it's still big work.

“The work is necessarily much easier with Jelena, she analyzes.

All the bases are anchored.

But you can shape a youngster, you feel the impact you can have on him.

Everything is to be done.

If it works, the satisfaction is increased tenfold.

In a site with a largely outdated charm that has hosted Nadal, Murray, Gasquet, Mauresmo, Henin, etc.

Bartoli, who came with her family, feels at home among the future pros.

So much so that she insisted on helping out with the organization.

“When Marion Bartoli comes to see you saying:

How can I help?

you have to find something for him,” laughs Jean-Claude Knaebel, the historical director of Les Petits As. this Tuesday evening.

“I loved my time here, she justifies.

It was a turning point in my career.

From Les Petits As in 1998, my dad bought two ball machines, I went to two training sessions a day and I understood that I had to do a lot more.

I only played in France and I didn't understand anything about the Russians, Czechs, Americans, etc.

At the same age, I had the same delay as Pallavi.

Marion Bartoli, coach of a young Indian heiress: “At her age, I had the same delay as her” 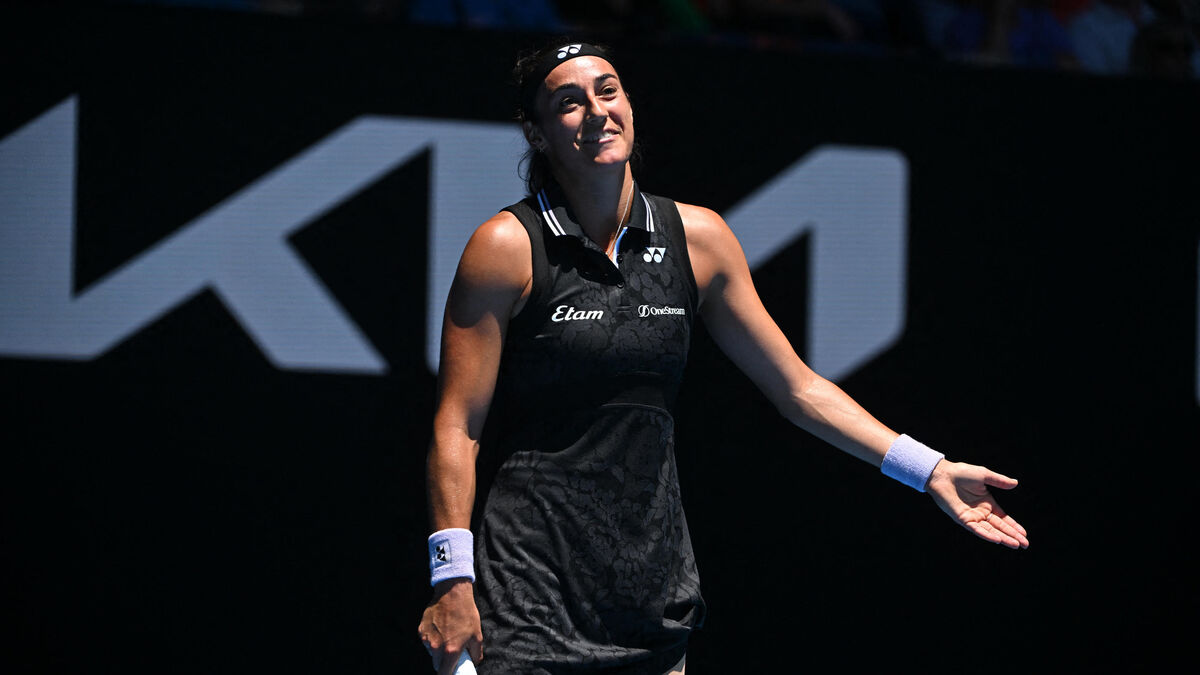 Australian Open: despite the elimination, Garcia has "largely the tennis to win a Grand Slam" 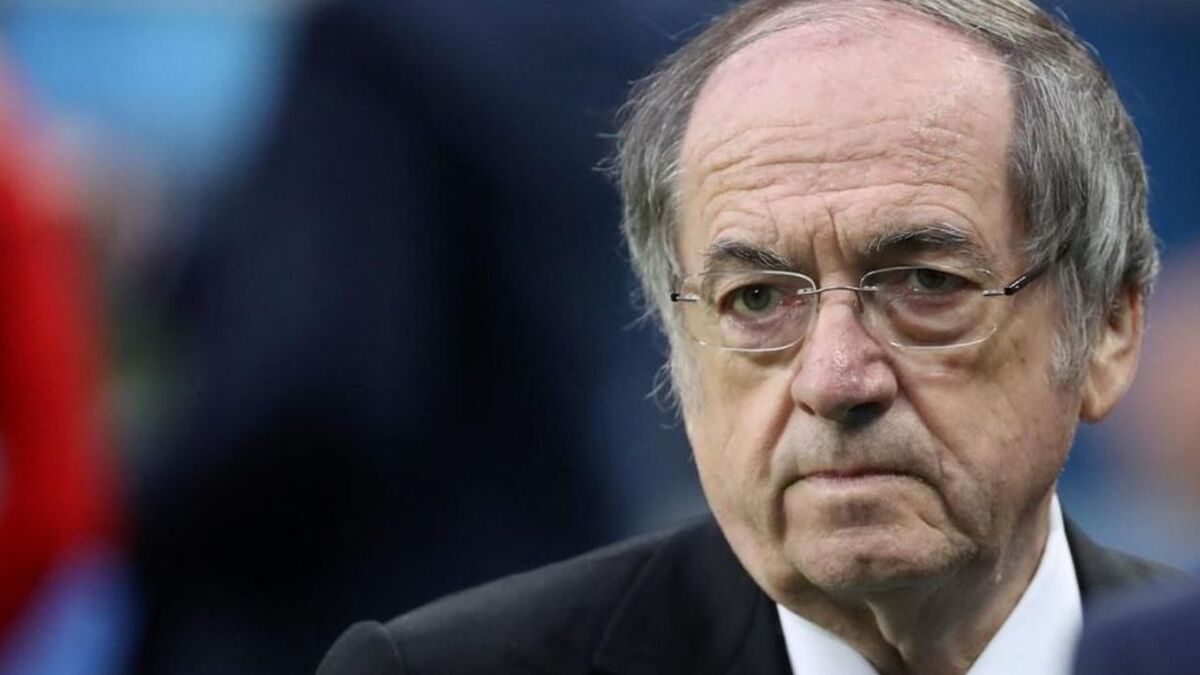 "He trapped himself": the underside of Le Graët's skid on Zidane live on RMC&nbsp; 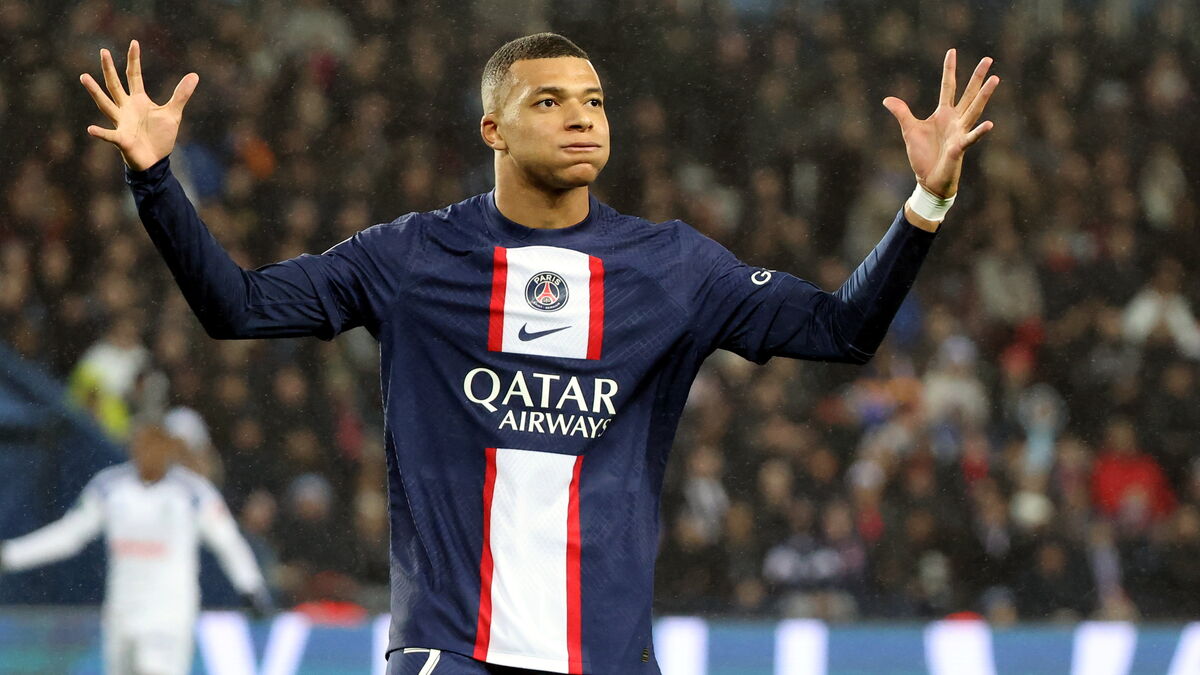 The 82-year-old who worked at Walmart and was able to retire thanks to a viral TikTok campaign that raised $100,000 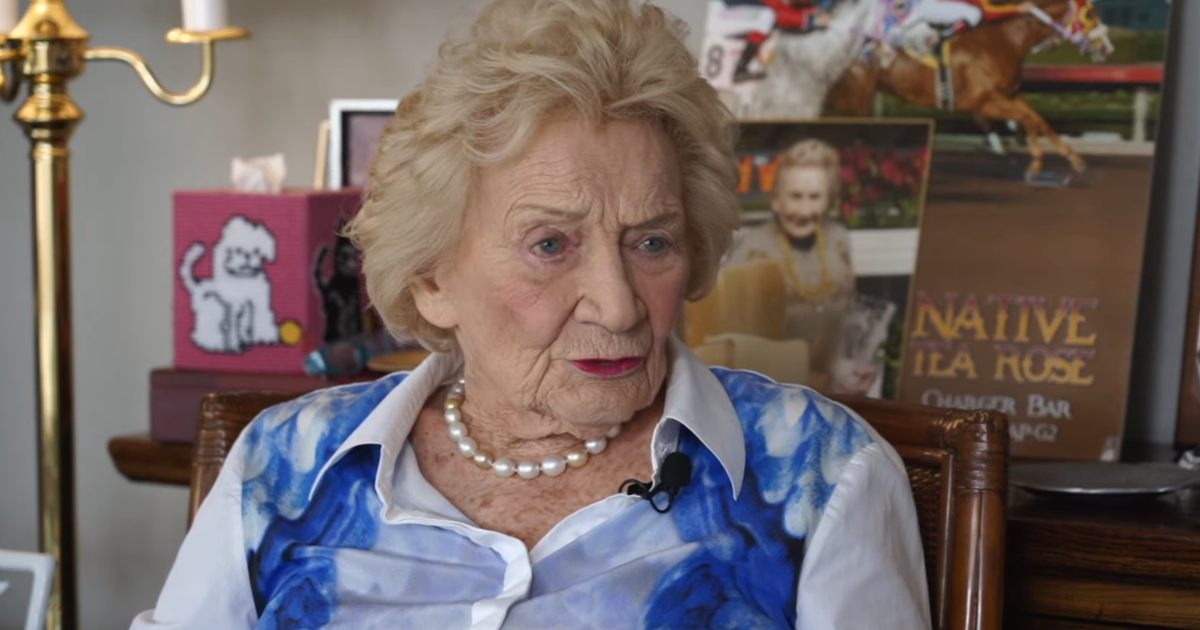 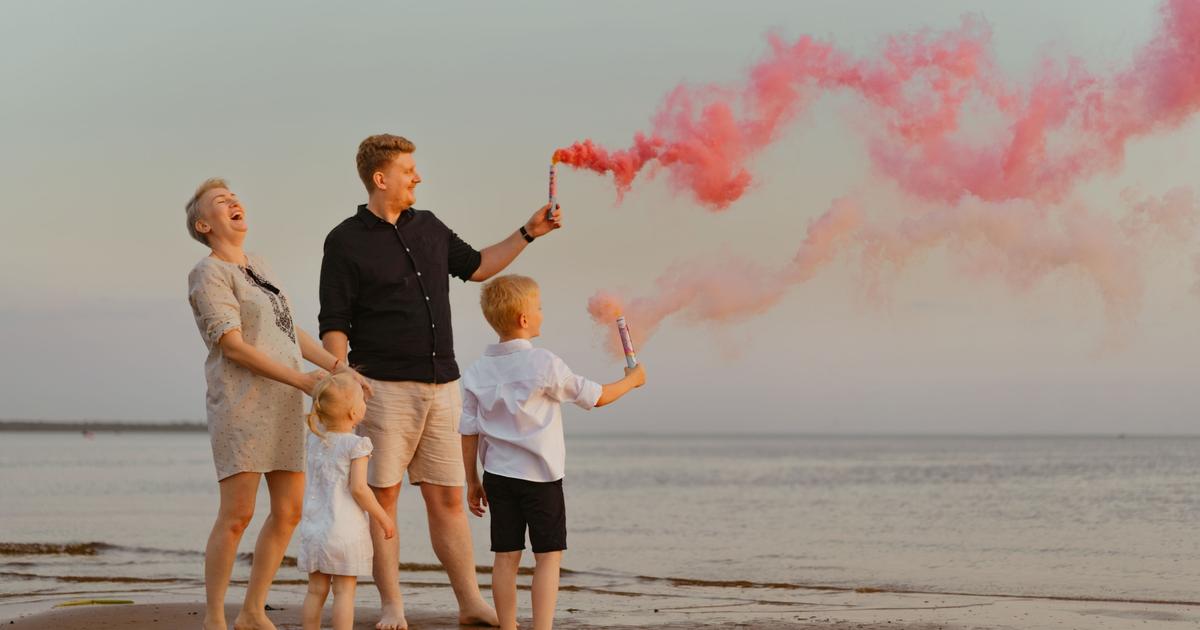 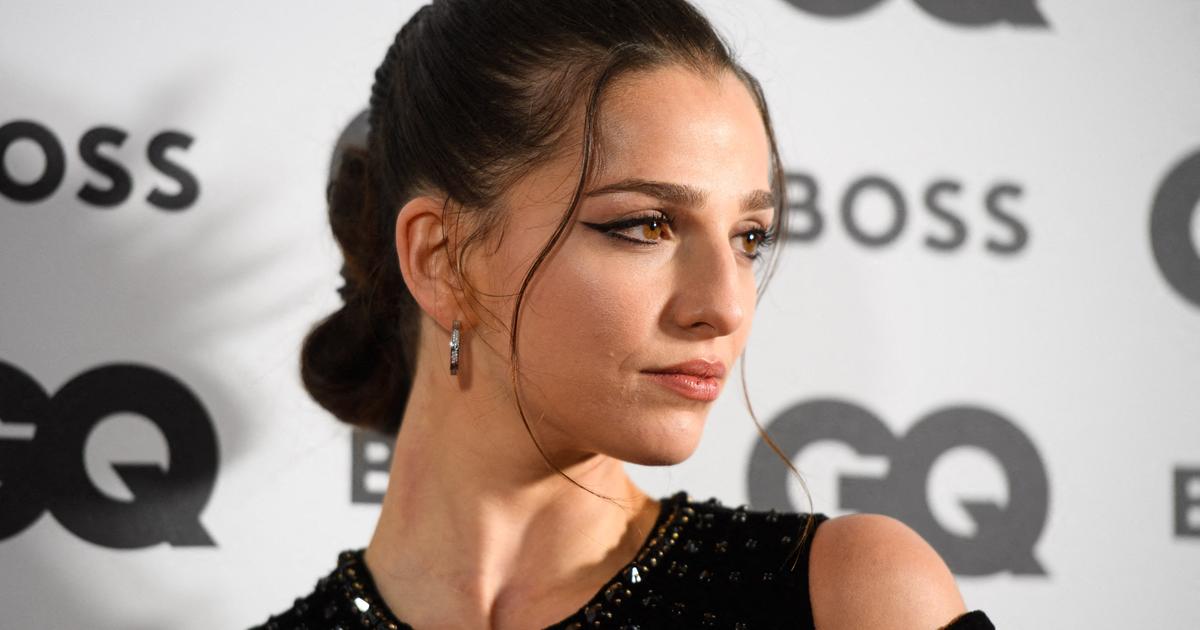 The first photo of Marisa Abela, bluffing in Amy Winehouse in the biopic of the singer