So far, poor countries in particular have suffered from the consequences of climate change - but Germany is also threatened. A UN summit is now supposed to resolve grievances in aid programs and clarify any necessary adjustments. 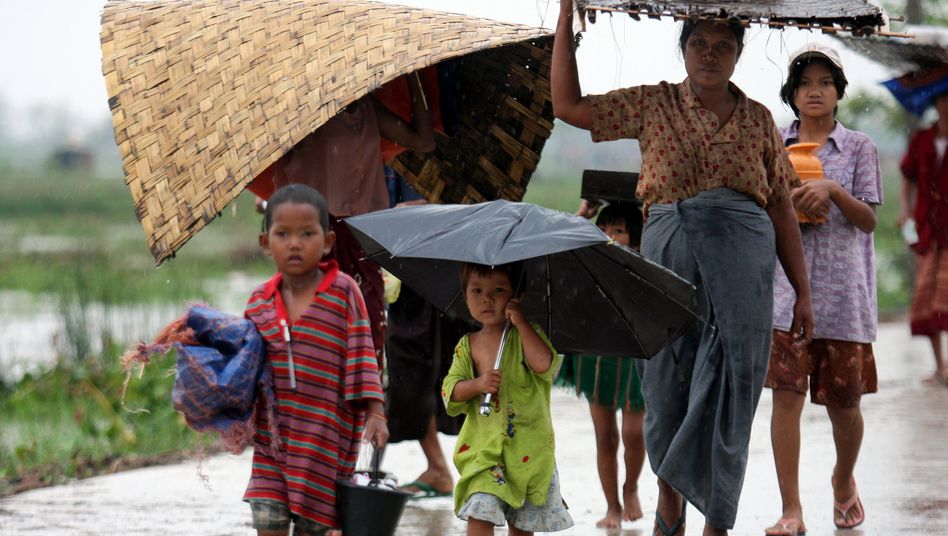 Homeless family in Myanmar after cyclone »Nargis«: According to the UN, extreme weather and natural disasters have almost doubled in the past ten years

Climate change is not taking a break - not even in the corona crisis.

The World Weather Organization (WMO) declared 2020 to be one of the three hottest years since temperature records began.

The earth is warming up at record speed, and millions of people are already having to live with the consequences.

The question of how you can protect yourself from these consequences in everyday life is therefore becoming increasingly pressing.

So far, the states have primarily concerned themselves with containing the climate crisis, now the UN and national states also want to take care of adaptation.

At a UN summit in the Netherlands, the countries want to discuss how the countries can better protect themselves from droughts, floods, forest fires and hurricanes.

Preparation for the climate conference

The UN climate conference in Glasgow in November is to be prepared at the two-day meeting.

The summit in the Netherlands is a minor turning point: until now, adaptations to climate change have only played a subordinate role in international climate negotiations.

The UN disaster prevention agency UNDRR warns that extreme weather and natural disasters have almost doubled in the past ten years.

Climate change and the resulting conflicts could increase humanitarian costs to US $ 20 billion a year by 2030, warned Mark Lowcock, UN emergency aid coordinator in SPIEGEL.

Because the climatic changes are fueling social problems, especially in poor countries, states like Germany and the EU should pay so-called climate aid to the affected countries.

In the world climate treaty, which was passed in Paris in 2015, the richest countries on earth pledged aid of one hundred billion per year.

But so far only a fraction of the aid has been paid.

The UN Adaptation Fund has also been chronically underfunded for years.

This has happened in more than 100 projects - including in countries such as Ghana, Uganda and Nepal.

In many cases, the money went to construction projects that had nothing to do with climate adaptation, criticizes Sven Harmeling, climate expert at Care International.

"Donors such as the state or the World Bank are unfairly inflating their balance sheet on climate adaptation." Over 42 percent of the funds paid so far - according to Care, around 17 billion US dollars over a period of five years - are not in projects for protection as stated flowed before the consequences of climate adaptation.

One example is the World Bank's $ 800 million project to rebuild after an earthquake in Nepal.

"The earthquake was not caused by climate change," said Harmeling.

Reconstruction would have been necessary even without climate change.

"To declare 86 percent of the costs for such a project as climate adaptation is dishonest."

In this context, poorer countries in particular urgently need support in order to protect the population from the consequences of climate change.

Adaptation as a question of survival

The example of farmers in West African Benin shows how vital adaptation to climate change is for people in southern countries.

They report massive crop losses and weather that can no longer be relied on.

"Out of ten harvest years, six are bad today, two are mediocre and only two are really good," says agricultural engineer Amadji Firmin.

For the German Society for International Cooperation (GIZ) he headed a program for adaptation to climate change in North Benin.

“Within a decade, the corn harvests in some villages have shrunk from three tons to one ton per hectare,” says Firmin.

In Germany, farmers are compensated for crop failures.

There is no aid or social program in Benin.

The farmers' only hope are aid projects from non-governmental organizations or development aid from countries like Germany.

For example, the GIZ project gives farmers cultivation tips on how to make the soil fertile again, distributes seeds or recommends planting trees that provide shade against the heat.

Around 200 major adaptation projects are currently under UN supervision, half of them in particularly poor countries.

Most of them are about improvements in agriculture and more economical irrigation systems or reforestation.

This also includes ecological adaptation measures such as the revitalization of dead coral reefs.

Some measures, for example reforestation, can even contribute directly to the respective climate goals of the country.

In contrast, the construction of dykes to protect against rising sea levels or special structures to protect the population from cyclones and floods are particularly expensive.

This also includes cyclone shelters that are being built in Bangladesh, for example.

The larger of these enclaves can accommodate between 500 and 2500 people.

According to scientific studies, the number of deaths in disasters has fallen extremely due to the buildings.

According to new studies, there are now more than 2000 such shelters on the 710 kilometer long coast of Bangladesh.

Germany too has to adapt and, for example, prepare its agriculture for hotter summers and extreme weather such as heavy rain.

That is why the Bundestag passed its current one last November

In Germany, the coasts in particular are struggling with climate change - the rising sea level is particularly threatening to residents in the North Sea.

While on Sylt considerable amounts of sand have to be removed and then backfilled every year, the tourism hotspot Sankt Peter-Ording moves its historic pile dwellings closer to the coast.

This should protect the residents from storm surges and rising sea levels.

According to the federal government, 180 programs for adaptation to climate change are currently running throughout Germany, including heat-friendly care facilities and the planting of mixed forests. 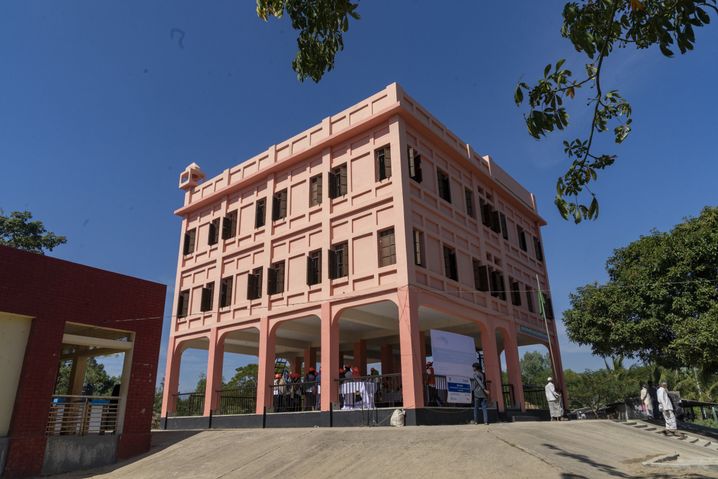 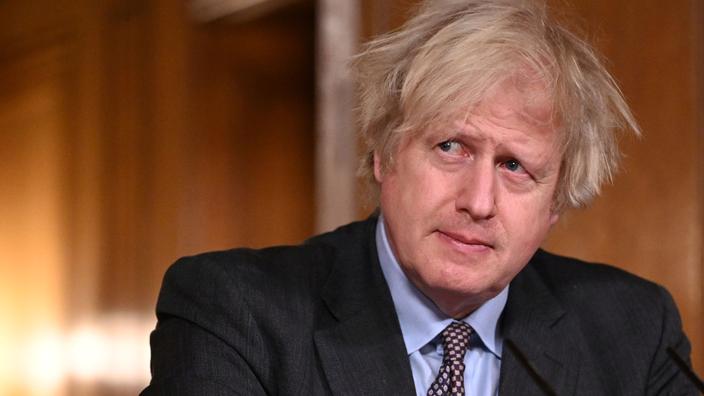 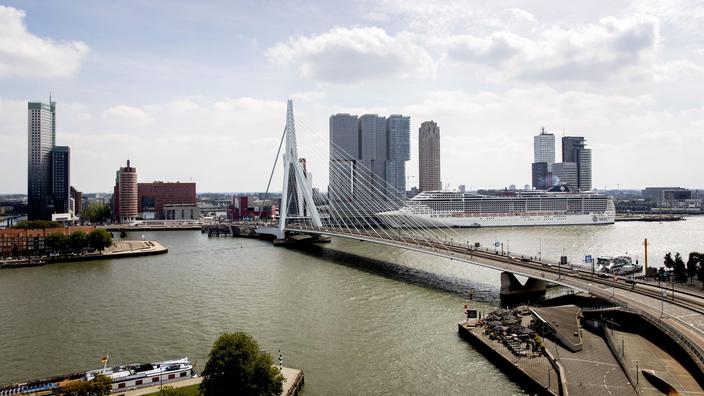 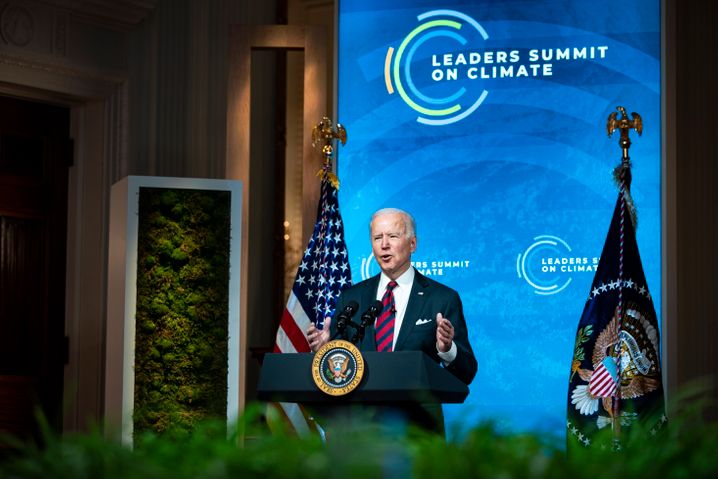 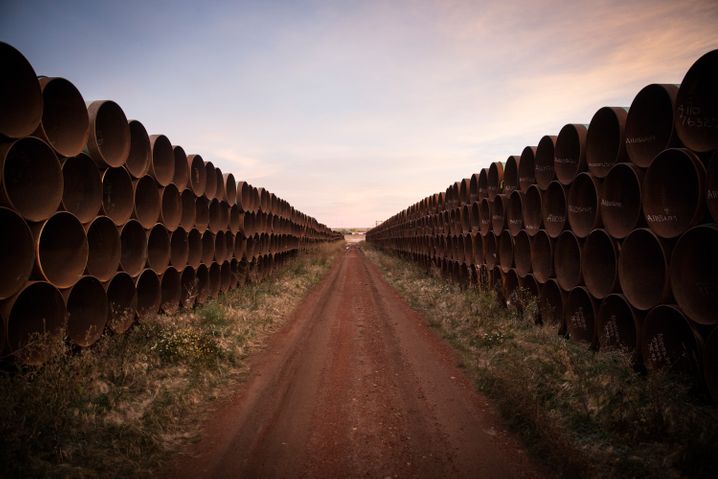 Climate crisis: the end of the mega 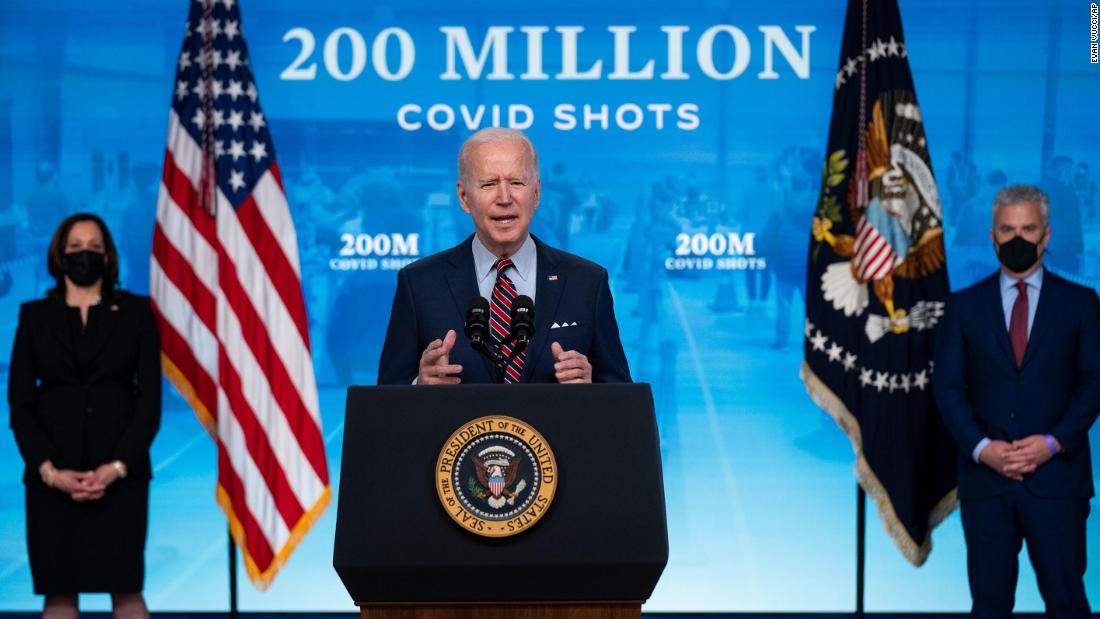 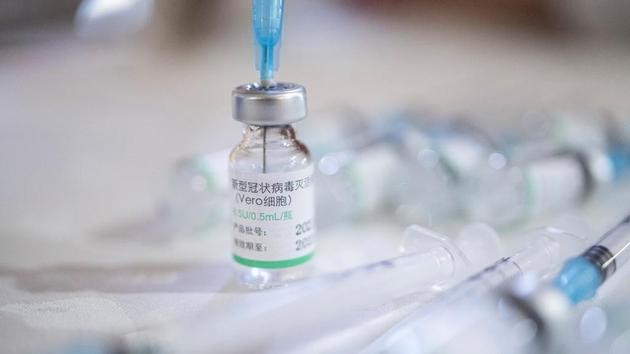