Rapper imprisoned in Spain: a French woman in pretrial detention after the clashes in Barcelona

They are accused of attempted homicide after the violent clashes on Saturday.

A Frenchwoman, as well as six Italians, and a Spanish, were remanded in custody, in particular for having set fire to a police van during the demonstration against the imprisonment of a rapper in Barcelona, ​​said Wednesday the judicial authorities.

"The magistrate decided to place in provisional detention and without the possibility of paying a deposit (...) five young people of Italian nationality, an Italian, a French and a Spanish", they announced in a press release.

These eight people, arrested after the demonstration on Saturday in the center of Barcelona, ​​are notably accused of attempted homicide, for having set this van on fire, as well as of belonging to a criminal organization.

"The municipal police officer who was inside (the van) was afraid for his life and said he felt the heat of the flames," according to a document released by the court.

According to this document, the prisoners, whose group had been infiltrated by police officers, also attacked several banks, a Zara store - where the damage was assessed at 500,000 euros - and a hotel.

Saturday's demonstration was one of the most violent since the imprisonment on February 16 of Catalan rapper Pablo Hasél which led to numerous demonstrations marked by looting and clashes with the police, especially in Barcelona.

Fourteen people were arrested in total during that night of violence.

Since the start of the demonstrations against the arrest of Pablo Hasél, 136 people have been arrested in Catalonia, Barcelona region, according to regional police.

Rapper imprisoned in Spain: five minutes to understand the riots in Catalonia

The controversial 32-year-old rapper was jailed on February 16 to serve a nine-month prison sentence for tweets which, according to justice, constitute an “apology for terrorism”.

A case which revived the debate on freedom of expression in Spain but which was also the spark exploding part of the Spanish youth, affected by massive unemployment.

Rapper imprisoned in Spain: a French woman in pretrial detention after the clashes in Barcelona 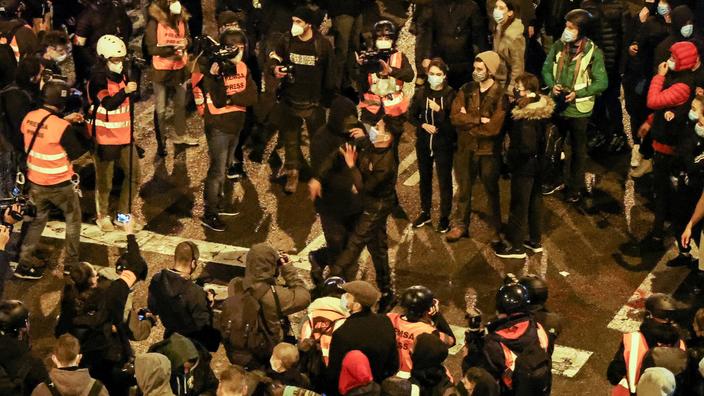 Seventh night of protest in Barcelona in favor of jailed rapper Spain: rappers arrested for insulting the monarchy - flames and protests on the streets follow 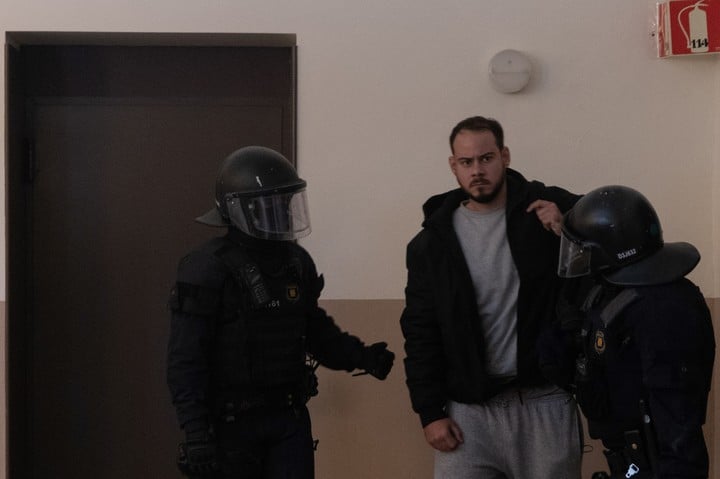 Another night of fury in Madrid and Barcelona for the arrest of rapper Pablo Hasél, accused of insulting the Crown 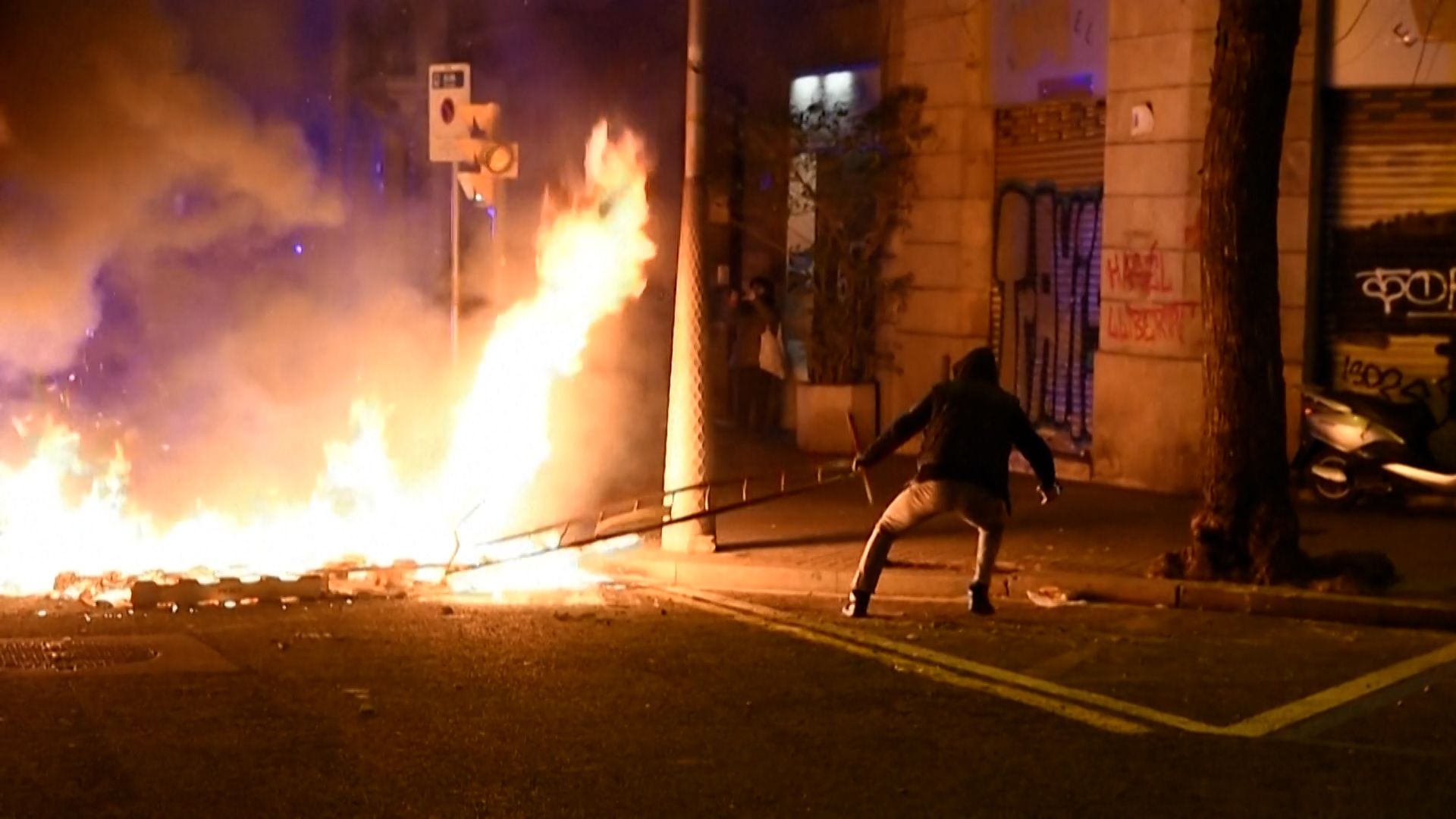 VIDEO. Spain has been on fire for several nights after the imprisonment of rapper Pablo Hasél 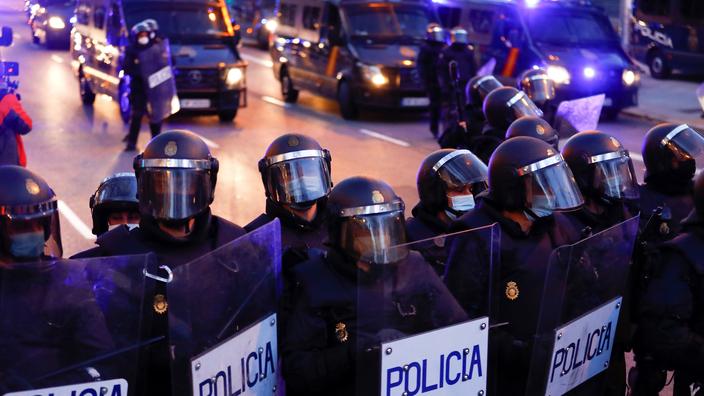 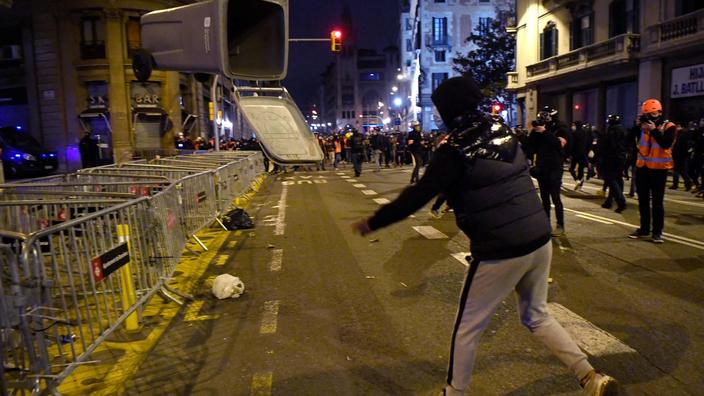 Spain: sixth evening of protest after the arrest of a rapper