There is currently a lot of talk about the app Luca by rapper Smudo. It is just one of several check-in platforms for restaurants and bars after the lockdown. The most important questions and answers. 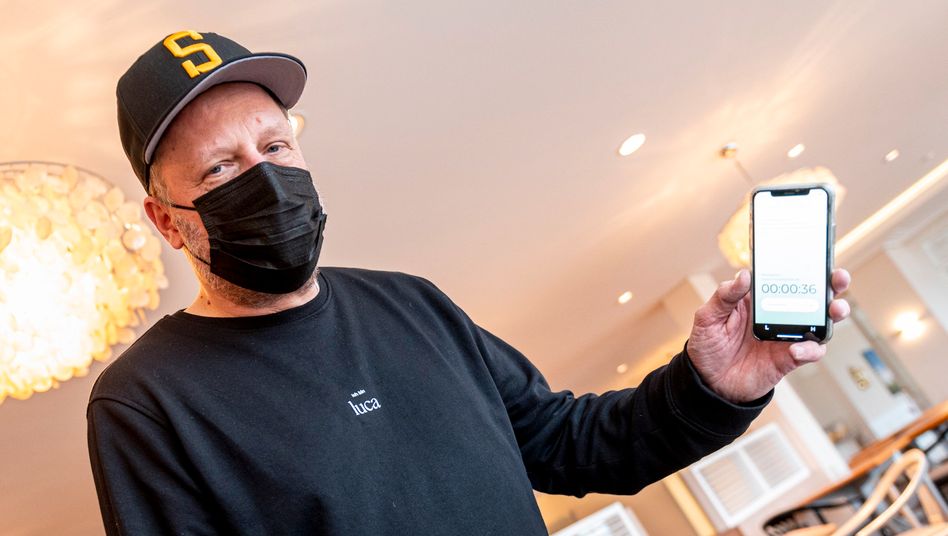 Smudo with Luca app: The platform creates a lot of buzz - but there are different solutions

It is unclear exactly when restaurants will be allowed to reopen.

But one thing is certain: guests will have to leave their contact details again in the future so that health authorities can understand possible corona infection chains.

The mess of paper that one experienced last year should now finally be over.

Many restaurants rely on digital solutions.

But the market is confusing.

In Germany alone there are numerous platforms that offer check-in via QR code.

The Luca app is currently making a name for itself, as it wants to open up the market with the support of celebrities and is currently getting a lot of media coverage.

But the app developers are running late.

The competitors have already teamed up and forged an alliance.

We explain what the programs are all about, what alternatives there are to Luca and what users should pay attention to when checking in.

Will I soon have to download a lot of different apps if I want to go to restaurants?

Those who go out to eat or listen to a concert often only need a cell phone camera for digital check-in.

This scans a QR code and opens a website with an online form in which the user enters his name, address and telephone number.

The guests often do not even notice which provider is behind this.

The Luca app is different: there is both a web app that can be used via the browser and a smartphone app for iOS and Android.

In any case, users have to register.

Why is there such a hype about the Luca app?

The Luca app creates a lot of hype because the rapper Smudo advertises it aggressively.

His hip-hop band Die Fantastischen Vier is part of the "Luca Initiative" around the Berlin developer Nexenio, a spin-off of the Hasso Plattner Institute.

The developers also emphasize their close cooperation with the health authorities.

They should have direct access to the data instead of having to ask the organizer or host first.

A few offices are already tied up.

"We didn't just want to digitize notes with Luca," says company boss Patrick Hennig in an interview with SPIEGEL.

You didn't want to build another recording app.

"There are enough of them," says Hennig.

The digital connection is important for the return channel in order to warn users via push notification as soon as data is retrieved from the health department or there is a risk of infection.

"We want to inform users of a risk before they go to 80-year-old grandmother's birthday," says Hennig.

The catch: According to the app developers, only 40 of around 400 health authorities in Germany are currently participating.

One of the reasons for this is that the authorities cannot keep up with the switch to digital interfaces such as Sormas.

What alternatives are there to Luca?

There are around 20 competing offers for check-ins in restaurants, at concerts and at trade fairs in Germany.

The German Hotel and Restaurant Association (Dehoga), for example, offers the Barcov software, the wholesale company Metro has published the Dish-Check-In software, and service providers such as QRoniton and Shapefruit are also vying for landlords in Germany.

Luca currently seems to be the favorite, but it remains to be seen whether a single app will prevail in the end.

How does the competition react?

Above all, there is criticism of Luca's concept, which relies on a closed system with mandatory registration.

Agency boss Jan Kus is taking a different path with the "We for Digitization" initiative.

Together with his team, he developed the open-source data acquisition software Recover and is now trying to bring all platforms to one table.

It now represents the interests of 16 other online solutions such as Darfichrein.de, Gastident and 2FDZ, which have already booked around 12,000 customers and more than 8.5 million check-ins in the past few months.

He told SPIEGEL: "It doesn't make sense to develop a single app for the whole of Germany." Each restaurant operator should be able to choose the registration provider himself.

In addition, it is »nonsense that every guest in a bar is obliged to install an app like Luca«.

There are so many platforms.

"I don't like that everyone only talks about Luca." According to Kus, trying to conquer the market alone is hopeless, because "nobody gets rich with software like this".

The idea of ​​Kus: a platform to which all providers dock in order to send collected data to the health authorities.

Because the IT expert cannot imagine that all health authorities will soon only work with Luca.

"We can see that it doesn't even work with Sormas." According to Kus, the check-in collection platform is currently being tested in his hometown of Cologne.

The pilot project is intended to show whether the idea can be implemented.

What do hosts and organizers bet on?

There is currently complete wild growth.

Depending on the federal state, the providers are represented differently.

They either rely on their own solution like the Dehoga with Barcov or are unsure of what to recommend.

Jens Michow, President of the Federal Association of the Concert and Event Industry, does not want to commit himself either.

Above all, he relies on ticket services that collect the names for follow-up when the order is placed and thus no further data collection at the event location can be necessary.

"We are currently not recommending a specific app to our members," Michow told SPIEGEL.

However, the application must meet minimum requirements, such as the digital connection to ticket providers and health authorities.

The association is following the development of the Luca app with great interest.

"In our opinion, with further development steps it has the potential to meet the aforementioned criteria in the medium term."

Can I also log into the restaurant with the Corona warning app?

There are discussions between app providers and the government.

But the Ministry of Health will probably continue to refrain from upgrading the official Corona warning app with a check-in.

The reason: The Corona-Warn-App collects all information pseudonymously for data protection reasons.

Anyone entering a restaurant, on the other hand, must give their real name and address.

This contradicts the basic idea of ​​the Corona warning app.

Does the government provide an official check-in app?

Check-in apps are only offered by commercial providers.

For computer science professor Ahmad-Reza Sadeghi from the TU Darmstadt, this development does not come as a surprise.

"It is a bit irritating that a German rap group now has to take care of the health system," said Sadeghi in an interview with SPIEGEL.

But it is helpful that attention is now drawn to the topic.

"Everything we tried fell on deaf ears." The government prevented innovation from the start, says the IT expert.

"Many developers and start-ups then thought: We'll do our own thing."

In his opinion, start-ups like Luca should be supported.

But he would have preferred to have seen such a solution from the cities - and pointed this out to the government together with colleagues last year.

"Actually, municipalities should ensure that guests and concert-goers are recorded and that the data is transmitted to a central point for further processing, for example," says Sadeghi.

“If you plan it sensibly, you can set up a local digital infrastructure like this in a short time.

How secure is my data in online guest lists?

Vulnerabilities on servers with contact lists can have far-reaching consequences, as demonstrated last August when the addresses of thousands of customers were exposed.

According to the Federal Data Protection Commissioner Ulrich Kelber, well-made digital solutions are still better than data collections on paper.

Since there are many good competing apps on the market, there is no need to compromise on IT security and data protection, writes Kelber on Twitter.

"If you make the mistake of collecting more data than necessary or sharing it unnecessarily, you will lose your app."

"However, a quick, reliable statement about the security of apps in the public interest can only be made with open source software." The security of apps like Luca must first be tested in detail, since the source code is not visible here, as is the case with some others Providers.

What do I have to pay attention to when it comes to data protection?

Users should make sure that the platforms encrypt their data well.

Most providers such as Luca and Recover state that they store data in coded form on smartphones and servers.

According to data protection officials, the name, telephone number and address can only be decrypted if the health department makes a request, if a Covid 19 disease is reported and the employees are tracking the chain of infection.

In addition, the platform should guarantee that the data will be deleted after four weeks.

What does the check-in cost me as a guest?

Online check-in is free for guests with all providers.

The event organizer and restaurant operator bear the costs.

If you want to distribute QR codes on the tables in the restaurant, you usually have to pay a monthly fee.

Software such as Barcov, Dish-Check-In and Shapefruit cost bar operators between 10 and 35 euros per month.

It gets more expensive at major events: For concerts with up to 60,000 people, the Recover app charges a fixed price of 1,100 euros.

The Luca app is currently still financed by investors.

So far, use has been free of charge for hosts and guests.

But that will probably change in the future.

After all, 60 employees work for the developer company.

The operators do not want to comment on whether paid subscriptions will be introduced.

A spokeswoman announced that there were talks with the state governments to at least take over the costs for the introduction of the software in the health authorities.

Can I give a wrong name?

That's not a good idea.

A name like "Donald Duck" and "SpongeBob SquarePants" in a form can be expensive both on paper and in an online form: this is usually a violation of the Corona Ordinance.

It is up to the federal states how high the penalty is.

In Baden-Württemberg, for example, it costs up to 250 euros if you give a wrong name in a restaurant. 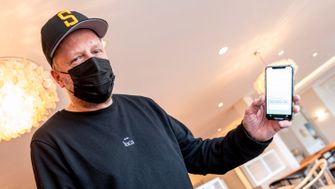 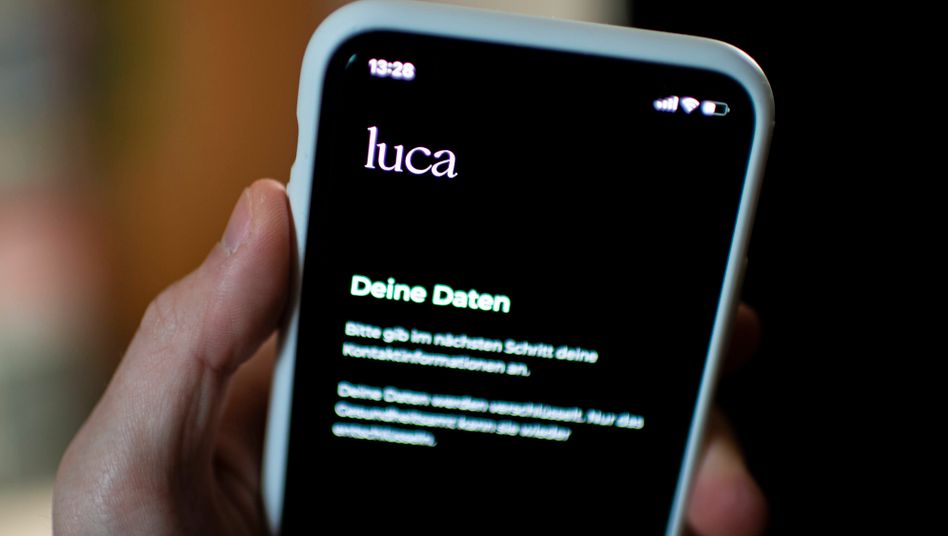 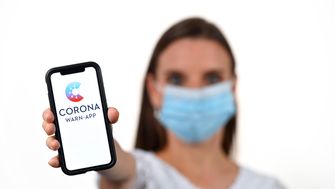 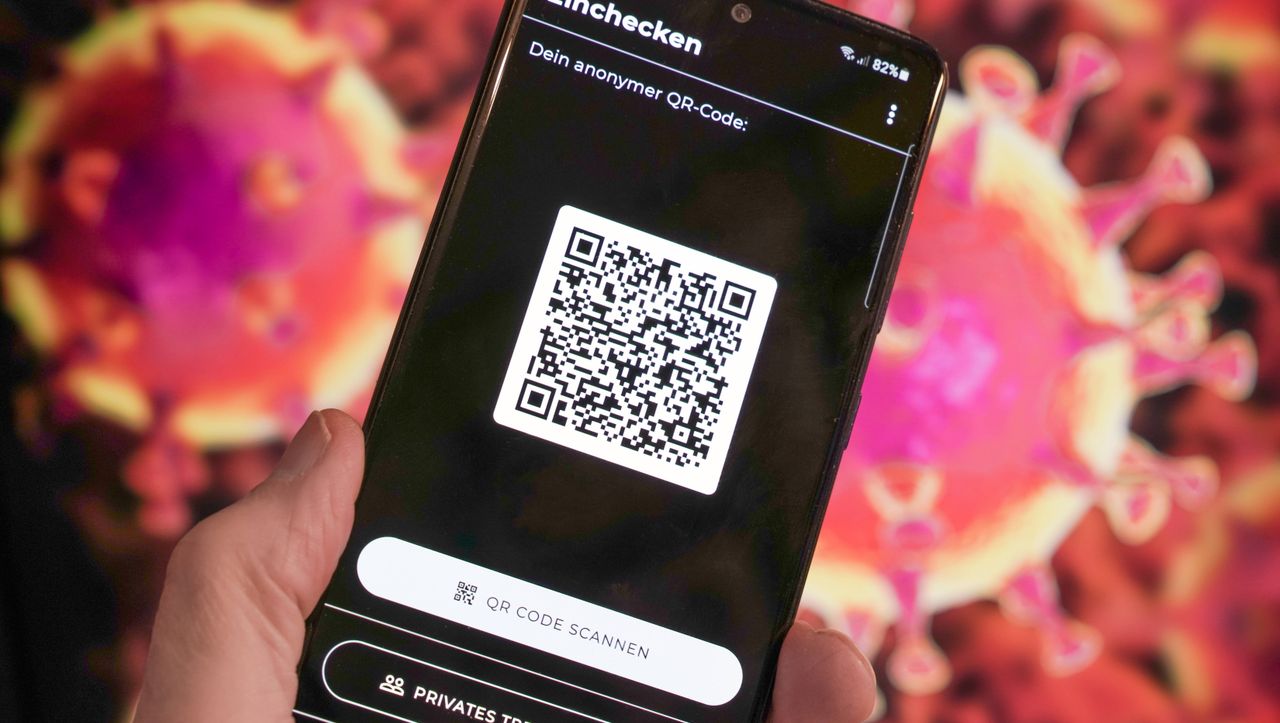 Luca app: This is how the application works 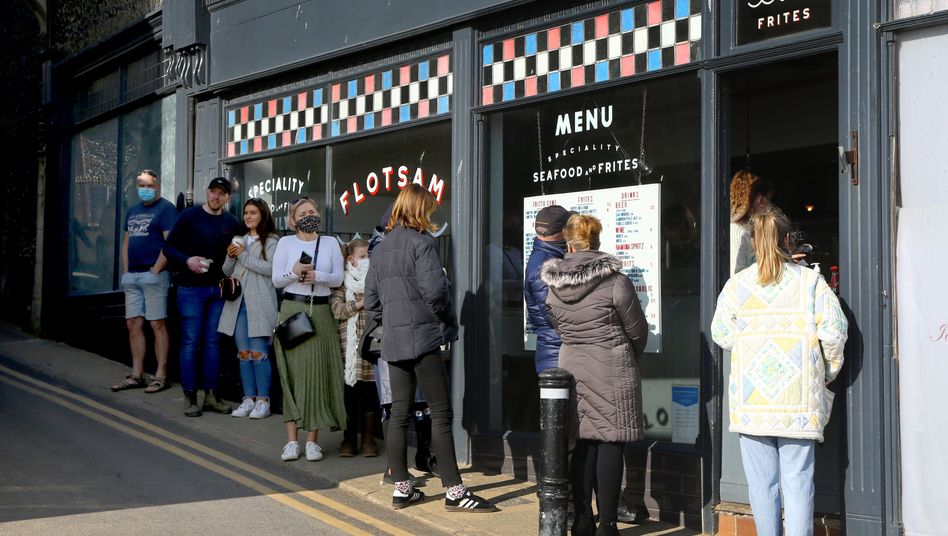 Coorna: How QR codes in England help fight the pandemic