Grégory Chelli, alias “Ulcan”, had made a specialty of violent harassment on the Internet. Its targets: activists, journalists

He had made a name for himself on the Web at the expense of public figures, activists, journalists, individuals, targeted by elaborate but no less violent telephone hoaxes.

Grégory Chelli, alias "Ulcan", is tried this Thursday at the Paris Criminal Court for a host of offenses: malicious calls, denunciation of imaginary facts, slanderous denunciation, threat to commit an offense, identity theft, violence ... Behind these legal qualifications, harassment in order to which Martine Aubry, the mayor (PS) of Lille, civil party, had suffered in particular.

Assumed Zionist, former member of the Jewish Defense League (LDJ, classified on the far right), Grégory Chelli became known in the summer of 2014, in the midst of the war in the Gaza Strip.

The Franco-Israeli then hacks pro-Palestinian sites or even that of the New Anti-Capitalist Party (NPA), by hacking their servers.

From Ashdod in Israel where he lives, Ulcan praises his exploits on his platform called "Violvocal", bringing together many admirers.

He does not hesitate to claim his actions there, by distributing the recordings of his hoaxes or his insulting phone calls, in particular to journalists.

"Swatting", a dreadful method of organizing a police raid on someone's home to harm them.

With guts, Ulcan manages to obtain personal information about his targets from the police stations, while posing himself as a police officer.

Then calls the police by stealing the identity and phone of the person concerned, claiming to have committed a murder and to be entrenched, armed and ready to do battle.

An extreme technique with sometimes extremely serious consequences, used in particular against the Rue89 news site, after the posting of a portrait that he did not like.

In August 2014, the parents of Benoît Le Corre, the author of the article, were thus woken up in the middle of the night by an assault by the GIGN.

Five days later, the journalist's father suffered a heart attack, from which he has since died.

Facts which earned Grégory Chelli a referral to the assizes, canceled in December by the Court of Cassation due to a technical flaw in the arrest warrant issued by France.

Installed in Israel, which does not have an extradition agreement with France, Ulcan, 37, who faces up to five years in prison, will not be present in court on Thursday.

"A rather unbearable form of impunity, which allowed him to act in free wheel", estimates Pierre Haski, founder of Rue89 and himself victim of two "swattings", in 2014 then in 2015.

"I was supposed to have killed my wife"

It is approximately midnight on August 1, 2014, when Pierre Haski's phone rings.

“I didn't know the number but the third time I picked up the phone,” says the founder of Rue89.

"It's a policeman, who asks me to go out in the street".

At first skeptical, the journalist complies.

"There, I discovered my blocked street, with firefighters, an ambulance, police officers in bulletproof vests, with lamps, armed to the teeth and ready to attack ... I was dizzy seconds, ”says Pierre Haski, who learns that his phone number has been hijacked using pirate software, and that he is supposed to have fatally stabbed his wife and be holed up in his home.

“The call said I was armed and ready to shoot if I saw a police officer enter.

It could have gone very badly, "continues the one who will be a victim again in June 2015." This time, I was supposed to have turned on the gas in the building, in addition to having killed my wife ... "

A particularly unpleasant misadventure, out of all proportion to that experienced by its journalist, Benoît Le Corre.

“As far as I'm concerned, there is nothing irreparable or unforgivable, he tempers.

What happened to Benoît and his family is dramatic, it shook us all.

At the time, we were not yet prepared for the idea that cyber can be extremely violent, ”analyzes the current president of Reporters Without Borders.

Especially since, he denounces, Ulcan has boasted widely on the Internet of his misdeeds, "without any reaction, for months, neither from France nor from Israel.

It blew me away.

At one point, we were even scared that one of his fans was waiting for us at the corner of the street to break our face, my wife or me ”.

In July 2015, Grégory Chelli however spent two days in police custody, after the visit to Israel of Laurent Fabius, then Minister of Foreign Affairs.

It has been more discreet since.

Ulcan "denies part of the facts"

In the fall of 2014, after the suspension of the twinning of Lille with an Israeli city, the hacker had also targeted his mayor Martine Aubry: malicious calls, fake pizza orders, threats to disseminate his personal details and "swatting".

"Fortunately, the police joined the elected official, then Martine Aubry, who confirmed to them that no, her husband had not just killed her with knives ... says his lawyer Me Matthieu Henon.

She was nevertheless upset and was very afraid for her elderly father, especially because of what had happened to the journalist from Rue89.

"These are certainly hoaxes of very very bad taste, but I do not have the impression of defending a war criminal", answers from his side Me Gilles-William Goldnadel, lawyer of Ulcan, who considers that the folder is "empty".

“Me, I call it telephone assault.

, it is a violence ... »breathes Me Florence Dole, lawyer of a man and his wife, residing in Alsace, that Chelli had mistaken - wrongly - for a Net surfer having diffused neo-Nazi comments on the Web.

"In November 2014, they found themselves with helicopters, three gendarmerie brigades, the prosecutor, the prefect, the mayor in front of their house ... The wife had a nervous breakdown and had to be hospitalized in psychiatry" , underlines the lawyer. 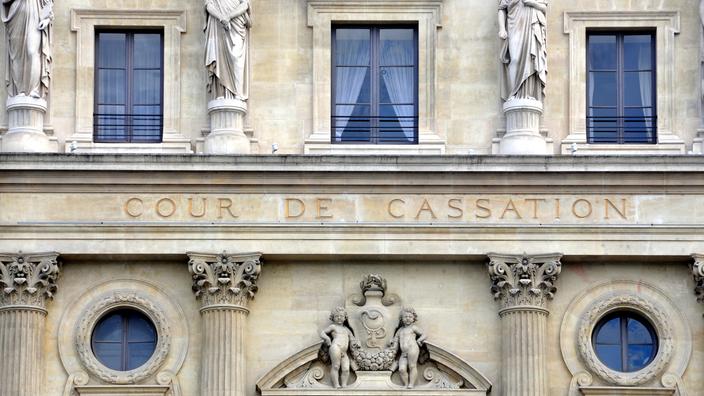 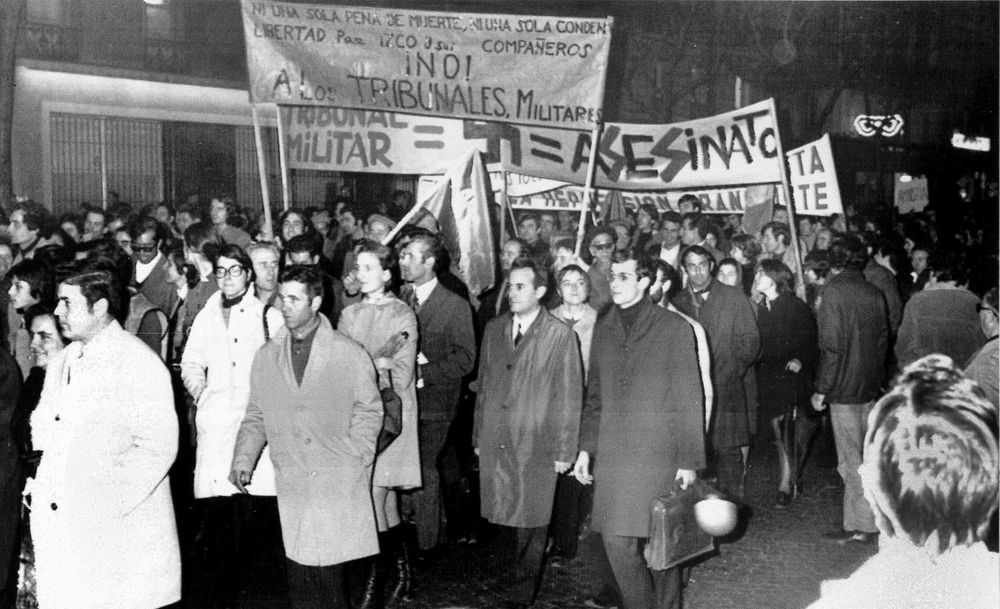 "The Burgos process favored the anti-Franco regime, but it also promoted ETA" 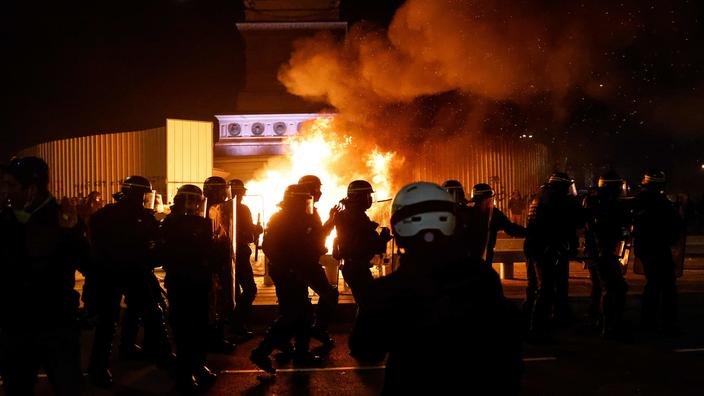 "Global security" law: the trial of a protester tried for violence against the sacked police officers 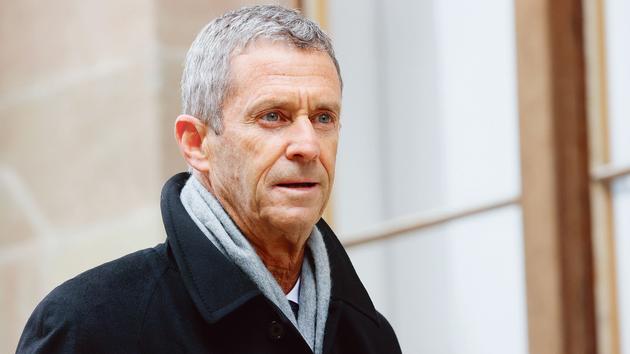 The scandal of a Guinean mine tried in Switzerland

Israel: a Franco-Israeli arrested for fraud on French pensioners 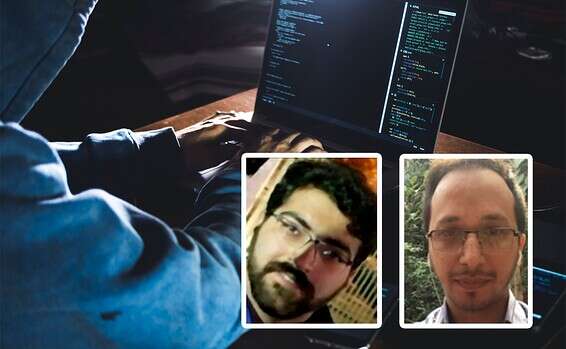