These formidable crooks, who usurp the identity of notaries, have already scammed dozens of victims in France by miro

On the phone, Thierry

is affable and professional.

Notary in Pau (Pyrénées-Atlantiques), he knows everything about Jacqueline: the death of his aunt a few months earlier, the first name of his father or the children of the deceased.

To disburse the funds, he needs identity documents and a power of attorney.

Jacqueline checks on the Internet and finds that Thierry has been a notary since September 2020. Reassured, she sends a copy of her passport and that of her father.

"Less than an hour later, he called me back, told me that it was urgent, that the missing documents had to be sent, that the expiration of life insurance was approaching ..." Having a doubt, she contacted the chamber of notaries of Pau.

Thierry is well registered there, but he never contacted Jacqueline: his name and his title were usurped by crooks.

Death notices in the press, a gold mine

More gullible, hundreds of French people have, since the start of the Covid-19 crisis, been victims of this scam and paid money to unlock imaginary life insurance.

Even in recent days, Thierry's identity has made it possible to extract 40,000 euros from an inhabitant of eastern France.

"The health crisis favors the isolation of vulnerable people and leads to an increase in deaths, and therefore potential targets", underlines an expert in the file.

From June 2020, the gendarmerie evoked a "significant increase" in this scam.

Since then, reports have been constant: several investigations are underway at Le Mans, in the Sarthe;

more than fifteen complaints were lodged in Loire-Atlantique;

the chamber of notaries of Rennes (Ille-et-Vilaine) counts "a dozen victims, so some who have paid between 10,000 and 20,000 euros to the crooks".

More spectacular, an investigation started at the end of 2020 has already made it possible to identify "several dozen victims", according to Ombeline Mahuzier, the prosecutor of Châlons-en-Champagne.

According to corroborating sources, these investigations recently transferred to the JIRS of Lille (North) relate to a loss which exceeds one million euros.

During November, a notary of the Marne discovers that his identity has been borrowed.

The local chamber of notaries alerted the prosecutor's office of Châlons-en-Champagne, very committed to the fight against these scams and quickly convinced "that a large organization is behind this scam".

In fact, by working on the bank accounts and the telephone numbers used by the scoundrels to contact their victims, the gendarmes of the research section of Reims discover a well-tried operating mode and an exponential phenomenon: the few people abused are quickly tens .

Bait with false documents signed by the name of real notaries

Touched by mourning, the victims recently published a death notice in the local press.

A gold mine for false notaries: they find their targets and useful family information to reassure them during their first contact.

During this conversation, the usurpers evoke a life insurance of several hundred thousand euros bequeathed by the deceased.

To bluff their victims, they transmit false documents signed with the names of real notaries.

"There may be things that will jump in the eyes of professionals, but the fakes are rather well done", underlines Me Céline Gaisne-Pécharbier, notary in Sarthe whose several clients have been approached by crooks.

"Now, they even create fake sites in the name of the notary whose identity they are usurping," says a person close to the file.

Everything is done to put the victim in confidence.

The prey shod, all that remains is to carry the blow.

Relatively modest sums, but profitable considering the number of victims.

Transferred to France, the money then escapes on rebound accounts in Eastern Europe, then in Asia, where it becomes impossible to trace.

The same circuit had already been used during "false transfer" or partial unemployment scams.

"We find it in almost all the scams conceived in recent years by Franco-Israeli crooks", notes a close investigator who sees the mark of these scams in the fraud against the false notary.

For the past ten years, sometimes gathered in real call-centers in Israel, these genius scammers have hit the State, companies or individuals without distinction.

According to the financial market authority, the only scam using fake investment platforms made it possible to divert more than one billion euros from French individuals between 2017 and 2019. “We are dealing with organized criminal groups, with significant technological and human resources, underlines the divisional commissioner Anne-Sophie Coulbois, patron of the Central Office for the fight against financial crime (OCRGF).

To be profitable, some scams are carried out on an industrial scale.

The teams can thus bring together dozens of people: collectors who detect potential victims, "bank mules" who open accounts or bogus companies in France, telephone canvassers - "often young compatriots who have recently arrived on Israeli territory" according to a report from the PJ - who execute the scams in perfect French which reassures the victims ... "The strength of these professional crooks is the construction of a scenario that evolves with the news, details the boss of the OCRGDF.

During the Covid crisis, they mounted sophisticated scams around masks or hydroalcoholic gel.

The only advice is vigilance… ”

Because for the victims, obtaining a refund or holding a trial can prove to be unrealistic.

Long refuge for these crooks with dual nationality, Israel is no longer an El Dorado.

“The collaboration is much better,” emphasizes Commissioner Coulbois.

French investigators regularly travel to Israel for their investigations.

"This can still progress, tempers the boss of an investigation service which has been waiting for collaboration for several months.

On some files, it blocks.

“Since 2019, France has nevertheless obtained some extraditions.

Several more are expected in the coming months. 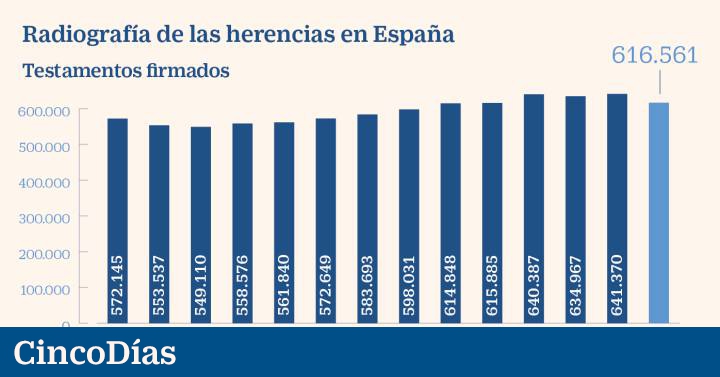 Notaries fear a barrage of inheritance waivers in 2021 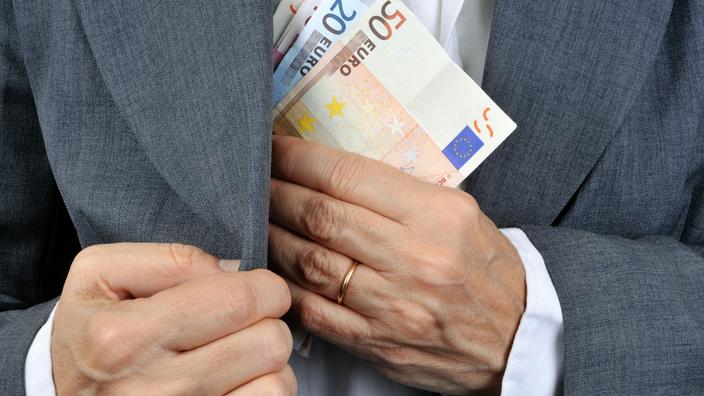 Credit scam: a million euros embezzled, more than 60 victims ... and a well-established network 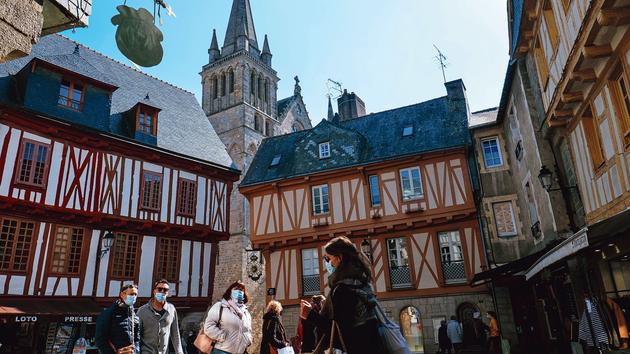 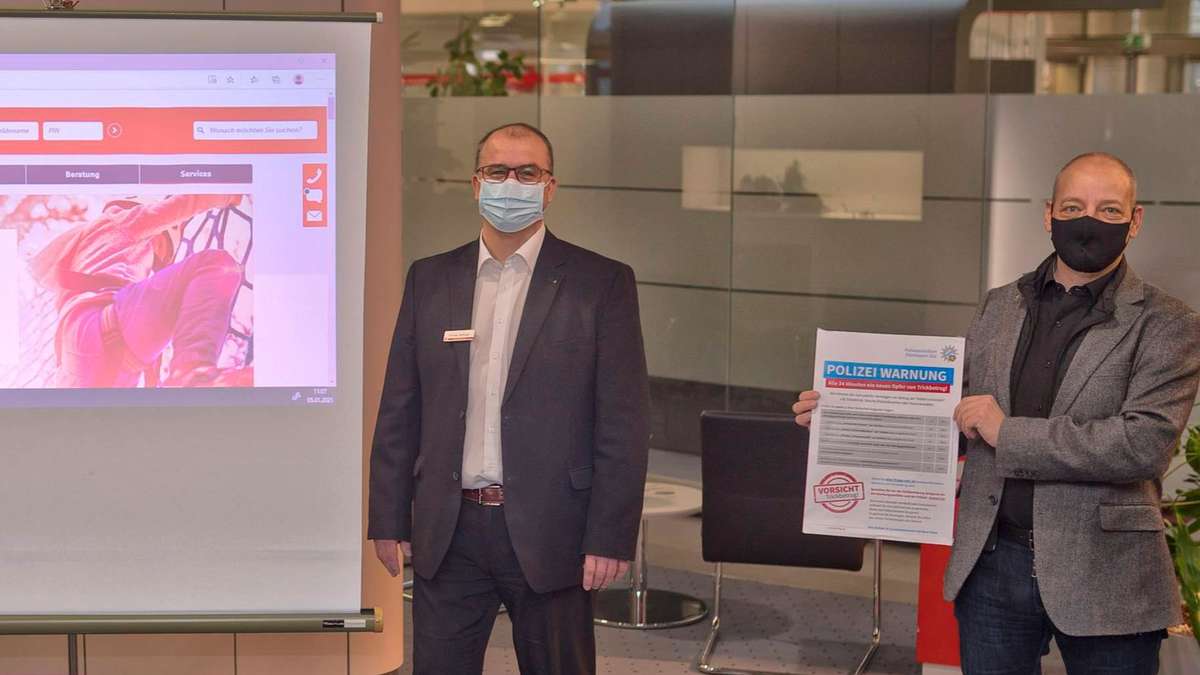 Fraudsters pretend to be bank employees