The hacker group "Black Shadow" announced a cyber attack against the car financing company KLS Ltd., and published customer documents. Of some customers

The hacker group "Black Shadow" announced a cyber attack against the car financing company KLS Ltd., and published customer documents. Of some customers

The hacker group "Black Shadow", which carried out the cyber attack on Shirbit, published announcements on Saturday according to which it broke into the servers of an Israeli financing company - KLS Ltd. "Black Shadow" demanded a ransom of NIS 1.9 million for The information, and when CLS refused to pay, hackers began leaking details in the telegram groups, similar to Shirbit's hacking method.

Now, hackers have leaked credit information of Israeli citizens, and at this point it is not clear whether the cards are active or not.

"KLS does not seem to care. We will disclose more information, including credit information. If the company plays with us, we will offer for sale 2 terabytes of information," Black Shado wrote, and shortly thereafter leaked photos of credit cards, IDs and driver's licenses , Including credit cards of the "Hever" club, a club of security bodies in Israel, including an institution, the Shin Bet and the IDF.

According to the information leaked by hackers, it appears that these are credit card photos sent by email, and not credit cards that were leaked from the company's clearing systems.

However, if you have transferred your credit information to KLS, it is recommended that you call the credit company, cancel the card and issue a new card.

"The company will not negotiate with state elements that are hostile to Israel and does not see any logic in transferring funds that could be used by terrorist elements. We continue to investigate the incident and work to minimize harm to customers in cooperation with all relevant parties. The information and do everything possible to ensure the protection of the company's systems. "

"Following the report received by the Privacy Protection Authority, regarding an information security incident at KLS Capital, the Authority examines, in cooperation with all relevant parties, the details of the incident and its consequences. Remember, in such cases the Authority may not approve system uploads. "The company, until the fear of the continuation of the information leak is removed. In addition, the authority can oblige the company to update the customers who have been harmed, or may be harmed, personally about the leak."

Israel Police to the Public: "Have your details been leaked? File a complaint" - Walla! TECH 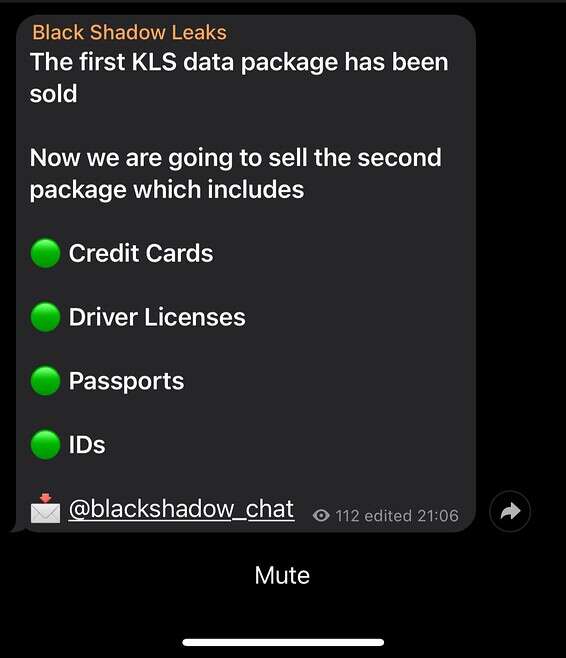 The Breakthrough into Israeli Society: The Hackers Sold the Information | Israel today

The hackers who attacked Shirbit claim: "We broke into an Israeli financing company" - Walla! news 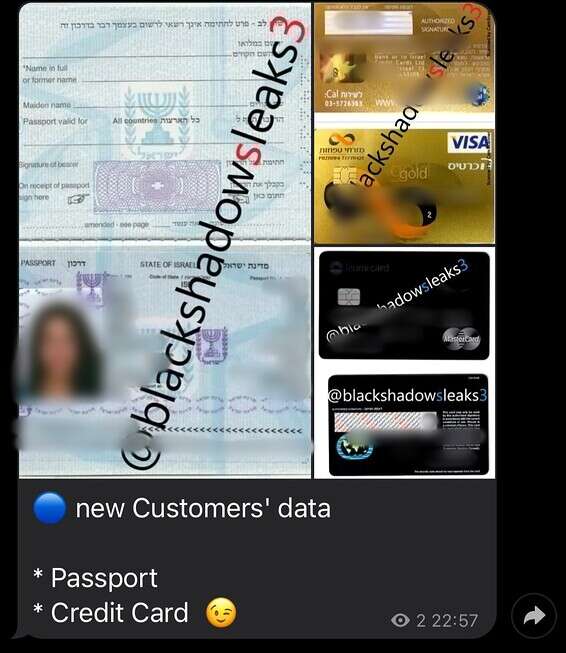 A database of 533 million Facebook users leaked to the network - Walla! TECH