The fiber optic revolution in Israel: what is the noise about and is it good news? - Walla! TECH

Israel has reached the corona crisis with an Internet infrastructure that is not suitable for a significant increase in domestic consumption. But this problem is being solved by the optical fibers, the rate of deployment of which in Israel is increasing. So what is it about, how is the revolution going to change Israel and when will the fibers reach you as well?

The fiber optic revolution in Israel: what is the noise about and is it good news?

Israel has reached the corona crisis with an Internet infrastructure that is not suitable for a significant increase in domestic consumption.

But this problem is being solved by the optical fibers, the rate of deployment of which in Israel is increasing.

So what is it about, how is the revolution going to change Israel and when will the fibers reach you as well?

From the difficulty of dealing with congestion, through shaky infrastructure to speeds that do not fit the aura of the "startup nation": it seems that the corona routine has revealed in the past year all the weaknesses and shortcomings of home Internet infrastructure in Israel.

It seems that low investment in these infrastructures and a communications ministry that was not really in a hurry to promote the deployment of innovative technologies in Israel until it was almost too late led to us having to deal with Internet infrastructure that is quite difficult to withstand loads, and when we talk about "loads", we mean surfing , When one surfer watches Netflix, and the other zooms.

Last night (a) Bezeq announced the launch of a fiber optic network.

This is a project that, according to the company, is the largest infrastructure project in Israel.

One that is carried out across the country and with an investment of billions of shekels.

This project joins Partner's fiber-optic venture, which unsurprisingly in a timely manner reported a figure of about 150,000 households currently connected to the Partner Fiber optical fiber industry and another 186,000 customers in the wholesale market.

While Partner notes that its fiber deployment now reaches more than 760,000 households in Bezeq announced that already today, only about two and a half months from the beginning of the deployment, they cover about a quarter of a million households across the country (center and periphery) and are expected to reach 40% coverage. Million households by the end of 2021. In the coming months.

Hot, for its part, has announced that it will reach a deployment of two million households by 2025, that is, within four years.

How do you give up sugar in coffee, without giving up the taste?

What are optical fibers and what is the difference between existing infrastructure?

Today, the Internet infrastructure in Israel is mostly laid out on copper cables, which are considered to be particularly limited in speeds.

Another disadvantage of this method lies in the fact that in fact a building with hundreds of people shares one closet, and in scenarios such as closure and insulation, a "traffic jam" is created when no one can surf and enjoy reasonable speeds that allow for uninterrupted zoom.

Fiber optics, on the other hand, are made of a transparent material, usually glass, that allows light to be transmitted from one end to the other.

While the copper infrastructure is capable of providing a low upload speed of 5-12 megabits per second, and a maximum download speed of up to 100 megabits, and only in supported areas, when it comes to fiber optics it is a difference of sky and earth with speeds up to 1 gigabit , But with unlimited potential.

Only with the help of optical fibers (Photo: ShutterStock)

It should be noted that the Internet speed with the fibers is so high that despite this division that takes place at companies such as Cellcom, Hot and Bezeq, during peak hours the tenants hardly feel it.

Partner, on the other hand, works in the method by which it reaches with the fiber to the electrical cabinet in the house, so that each tenant enjoys a "personal" infrastructure.

Yes, you can also watch Netflix and zoom in parallel without crashing

The fiber optic revolution answers one of the critical problems of users in Israel: high upload speed.

Upload speed is critical to the consumer, as it is the one responsible for how the other party will see you in a video call, blurry or high quality.

Another fiber optic infrastructure provides significantly higher download speeds, allowing you to watch Netflix, have a zoom call and surf the Internet, all in parallel and uninterrupted.

In fact, the revolution of working from home in a complete and ongoing way, can be realized only with fiber optics and high internet infrastructure.

What can fulfill Ben - Gurion's vision of "flowering the wilderness", among other things, are also the optical fibers.

In fact, fiber can lead to social change, while even in the periphery they will enjoy fast, stable and advanced internet, and will be able to work remotely without interruption.

For example, the employer's headquarters may be located in Tel Aviv, while the employee is hundreds of kilometers away.

The continuous connection is made possible thanks to the high-quality and fast Internet infrastructure.

What exactly did we ask for?

Watch Netflix and zoom without the internet crashing?

How much will it cost us?

While the upgrade is significant, the price remains the same as what the average customer currently pays, ranging from NIS 110 to NIS 125.

While Partner and Cellcom offer attractive prices that are equivalent to the standard copper infrastructure, and range from NIS 90 to NIS 120, without installation fees, Bezeq's launch may mark an increase in prices and may lead Partner and Cellcom to offer higher prices.

Bezeq requires NIS 900 to 1,800. Installation fee (with a 50% discount until May 12), a separate cost for a provider ranging from NIS 20 to NIS 40, the cost of a router in the loan model of NIS 20 and a final payment that is almost double that of Partner and Cellcom.

However, the current competition is on the level of deployment, and customers that Bezeq will reach, while Partner and Cellcom will not, will be Bezeq's captive customers.

In the end, the real competition will be on the level of deployment, and when all the companies, including Hot, Bezeq, Cellcom and Partner, reach a full deployment, only then will the competition on prices be relevant.

High prices from Bezeq, will the other companies follow suit?

But with all the excitement and joy, it's hard to avoid that Bezeq's announcement last night comes as a serious anti-climax. This move, which comes a year after the world went into forced home isolation and within walking distance of what appears to be a return to some routine, only underscores how much it was needed long before. Only last June, Adv. Yoram HaCohen, CEO of the Israeli Internet Association, told Walla Tech that with the outbreak of the global Corona crisis, at the end of 2019, network traffic within Israel doubled: "There has been an increase since the beginning of the crisis. "The amount of traffic that passes through the interchange. On the order of 80 gigabytes per second at the peak, we are now at 160 gigabytes," Cohen said at the time.

Everyone is talking about fiber: what do you need to know about the revolution? - Walla! TECH

Following the deployment of fiber optics: Bezeq is recruiting hundreds of new employees - Walla! Of money 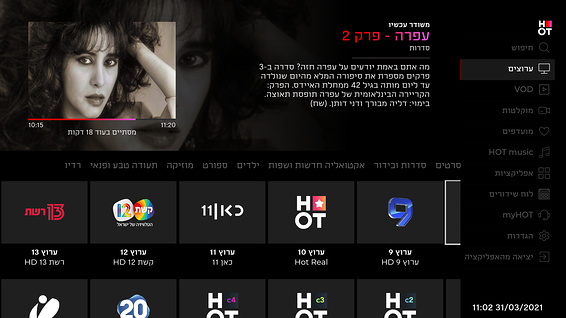