Is your PC too loud? These tips will make your computer quieter

When the volume of a computer puts a strain on your nerves, new components don't have to be found immediately. A few settings in the BIOS setup are often enough and the situation will improve. 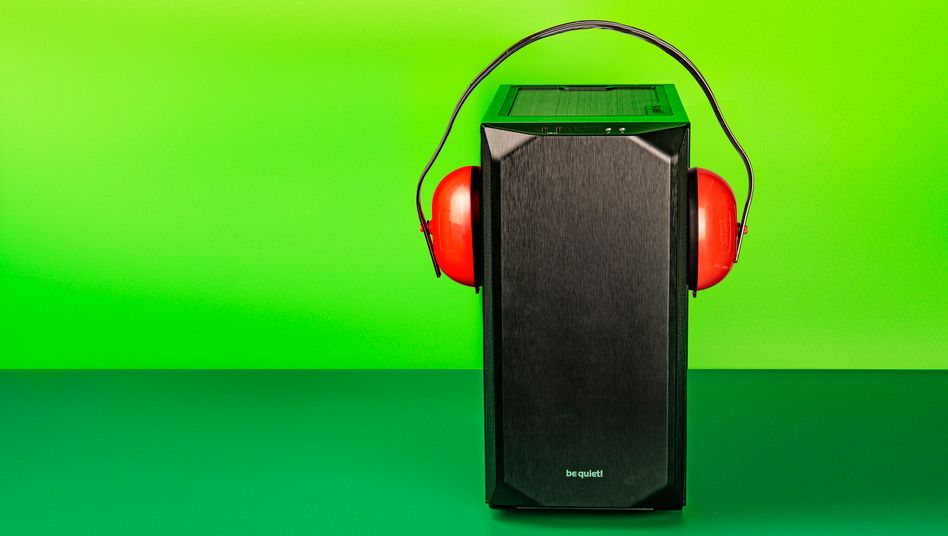 Regardless of whether you are a gamer or home worker, if the desktop PC makes unnecessary noise, it gets on your nerves.

In many cases, the volume can be reduced in a few simple steps without replacing fans or even hardware components.

We have summarized the most important tips for you on how to determine who is causing the problem and what you can do against the noise.

We also go into the background of PC cooling and explain why a weaker CPU is sometimes more difficult to cool than a high-end processor.

First of all, the diagnosis is due.

Does the noise occur with pure processor load or only when the graphics card comes into play?

In the first case, the fan on the CPU cooler is probably the culprit.

If, on the other hand, the computer emits a permanently loud fan noise regardless of the load, this indicates that the fans are running uncontrollably.

Usually it is those of the case.

If you are not sure about the source, open the PC case.

Then the noise can be localized more easily.

The cardboard tube from an empty kitchen roll, which you hold to your ear as a kind of directional microphone, helps, for example.

After you have found the culprit, call up the BIOS setup using the Del or F2 keys when the computer is booting.

Depending on the manufacturer and model, the options for fan control can be found in different places;

The CPU fan should only start turning faster at 50 to 60 degrees Celsius: Otherwise, even short load peaks are enough to cause it to nervously spin up and down

With a few exceptions, modern computers regulate the CPU fan according to the CPU core temperature.

If it is still too loud for you, you can select a different rule profile as a test, for example »Silent« or »Quiet« instead of »Normal« or »Turbo«.

Mainboards offered in retail stores usually offer more setting options in the BIOS setup than those in complete PCs.

They allow you to define fan curves yourself and to adapt them optimally to the fan characteristics and the built-in hardware.

We recommend a curve that keeps the speed as low as possible as the temperature rises and then increases exponentially.

We have had good experiences with this in our building proposals.

In any case, the fan should reach its maximum speed at a core temperature of 85 to 90 degrees.

Otherwise there is a risk that the CPU will overheat and throttle its performance.

With case fans you should first check in the BIOS setup whether the control is switched on at all.

Many mainboards don't do that by default.

If you are not satisfied with the results, there is always room for improvement.

Make sure that you use the appropriate setting for the built-in fan type: Housing fans with a 3-pin connection are regulated by voltage (DC).

Those with four contacts have an additional line, instead of using voltage, the board supplies a PWM signal (pulse width modulation) that determines the speed.

If the computer is a bit older, cleaning it can lower the volume.

If the fan grilles and dust filters are clogged with lint, the fans work unnecessarily and heat builds up.

You can remove the dirt with a brush or carefully with a vacuum cleaner.

Make sure not to touch the rotor blades and the fan hub, or at most only lightly.

Otherwise, bearing damage will quickly result, which will cause even more noise.

If the graphics card or power supply fan is too loud, however, you only have a few options.

As a layperson, you should keep your fingers off the power supply unit and not open it, because life-threatening voltages can still prevail there even after unplugging the plug.

Replacement coolers or fans for graphics cards are hardly available anymore due to the complex design of modern cards and the proprietary cooling systems of the various manufacturers.

With some graphics cards, you can adjust the fan curves using additional software such as the MSI Afterburner.

The procedure is the same as for the CPU fan.

It shouldn't get that far: Regular cleaning of the PC extends its service life and reduces the volume due to the unhindered air flow

If the fans have all been set optimally and are still not satisfied with the result, there is still the option of making the computer quieter and reducing the amount of heat generated.

As a result, the CPU heats up less and the fans rotate more slowly.

There are several ways to achieve this.

There are sometimes significant temperature differences between the processors of a series under full load.

We noticed this with the current PC construction proposal for the Ryzen Allrounder Plus from the »c't« issue 24/2020.

This is due to several factors.

Due to manufacturing tolerances, there are chips of different quality on a wafer.

AMD uses the better chips primarily for the high-end variants such as Ryzen 9, Ryzen Threadripper and the Epyc server CPUs, in which all eight cores of a CPU core die (CCD) have to work and which are significantly higher than the cheaper Ryzen 5 higher turbo clock frequencies.

Nevertheless, the core voltage of the hexa core was almost 0.2 volts higher than that of the Ryzen 9 at full load, which indicates a mediocre specimen.

A second factor is the relationship between chip area and waste heat.

These are mainly concentrated on the processor's 74 mm2 CCD.

The I / O die of the Ryzen 3000 and 5000 with storage controller and interfaces such as PCI Express, SATA and USB only require a few watts.

However, because only six of the eight possible cores are active, the waste heat is distributed over an even smaller area.

However, these are distributed over the entire, twice as large area of ​​two CCDs.

Therefore, the power density of the Ryzen 5 3600 is 20 percent higher, which is why it is quite difficult to cool in practice.

The eco mode can be activated in the Ryzen Master Tool with a click of the mouse and converts a 65 watt CPU into one with 45 watt thermal design power.

The easiest way to reduce the power consumption and thus the heat development under full load with AMD and Intel processors is to lower the thermal design power, or TDP for short.

This technology originally comes from mobile processors so that notebook manufacturers can install the same CPU in notebooks with different cooling systems.

However, not every computer or every mainboard has the associated selection field in the BIOS setup.

AMD also refers to the cTDP as eco mode.

If the associated setting option is missing in the BIOS setup, you can also install the Ryzen Master Tool from AMD under Windows and switch on the eco mode there.

With an Intel system without setting options for the cTDP, there is a detour.

With many boards, the power limits can be set manually.

Power limit 2 applies to the brief turbo phase of 28 to 56 seconds, while power limit 1 corresponds to the TDP and applies to continuous load that lasts longer than the turbo window.

This allows you to flexibly limit the maximum power consumption: You can still allow the CPU to use the high turbo with a briefly loud fan, but the computer is then significantly quieter under continuous load.

However, the cTDP has an effect on the processor performance, because less electrical power also means less clock frequency.

How much depends on the number of cores and the respective software.

At least the single-threading performance remains high, because the power limit does not limit there.

However, applications that use all the threads on a CPU run around five to ten percent slower.

In our tests, the Ryzen 5 3600 and Ryzen 7 3700X swallowed 25 percent less in eco mode and lost seven and nine percent computing power, respectively.

With the 12-core Ryzen 9 3900X, the energy requirement was reduced by a third, while he calculated ten percent more slowly.

Due to the savings in power consumption in the double-digit percentage range, the CPU cooler is much less demanded under load.

An alternative to the cTDP is what is known as undervolting.

Here you sound out the reserves of the CPU, similar to overclocking.

In contrast to this, however, it is not about clock records for maximum performance.

Instead, the clock frequencies and thus the performance of the processor remain untouched, if possible, but at the lowest possible voltage with which the system still runs stably.

This works because the CPU and board manufacturers always give the processor a slightly higher voltage than necessary.

In this way, you can be sure that the computer runs stably in all constellations despite manufacturing fluctuations in the chips and converter components on the board.

With most mainboards, the core voltage can be changed in the BIOS setup.

The most sensible is the so-called offset mode, with which you reduce the voltage by the same amount in every operating state.

We recommend proceeding in steps of 0.05 volts and then testing the stability with load programs such as Prime95.

Undervolting can save up to 15 percent energy, depending on the processor.

In our experience, the potential of Ryzen CPUs is somewhat greater than that of Core-i processors, because the latter usually have significantly higher turbo clocks.

A big advantage of undervolting compared to lowering the TDP is that you do not lose any performance.

For computers with the latest Ryzen 3000 and 5000 processors, there is also the "Clock Tuner for Ryzen" software.

This automates some steps such as the stability tests and thus helps you to find the optimal cycle-voltage combination.

Version 2.0 of the program has now been released, which now also supports Ryzen 5000 and brings numerous improvements. 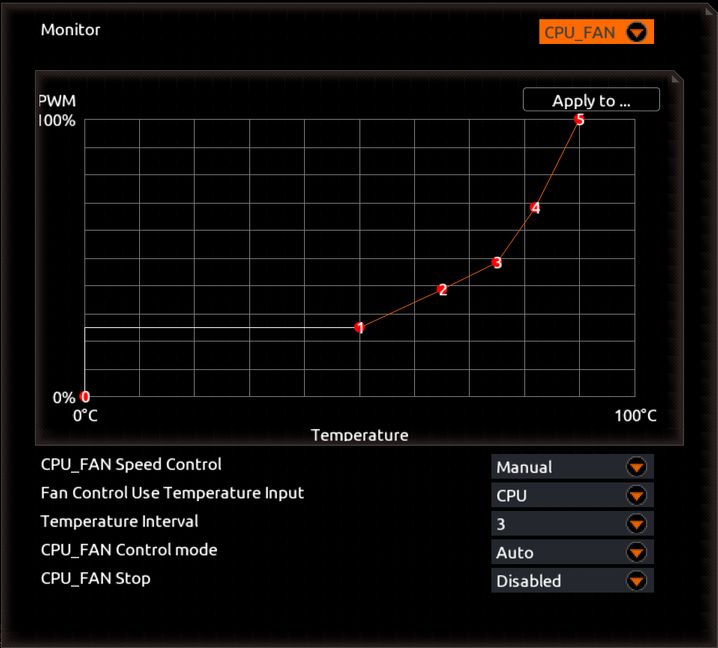 Is your PC too loud? These tips will make your computer quieter Tax return online: save money with these tools! 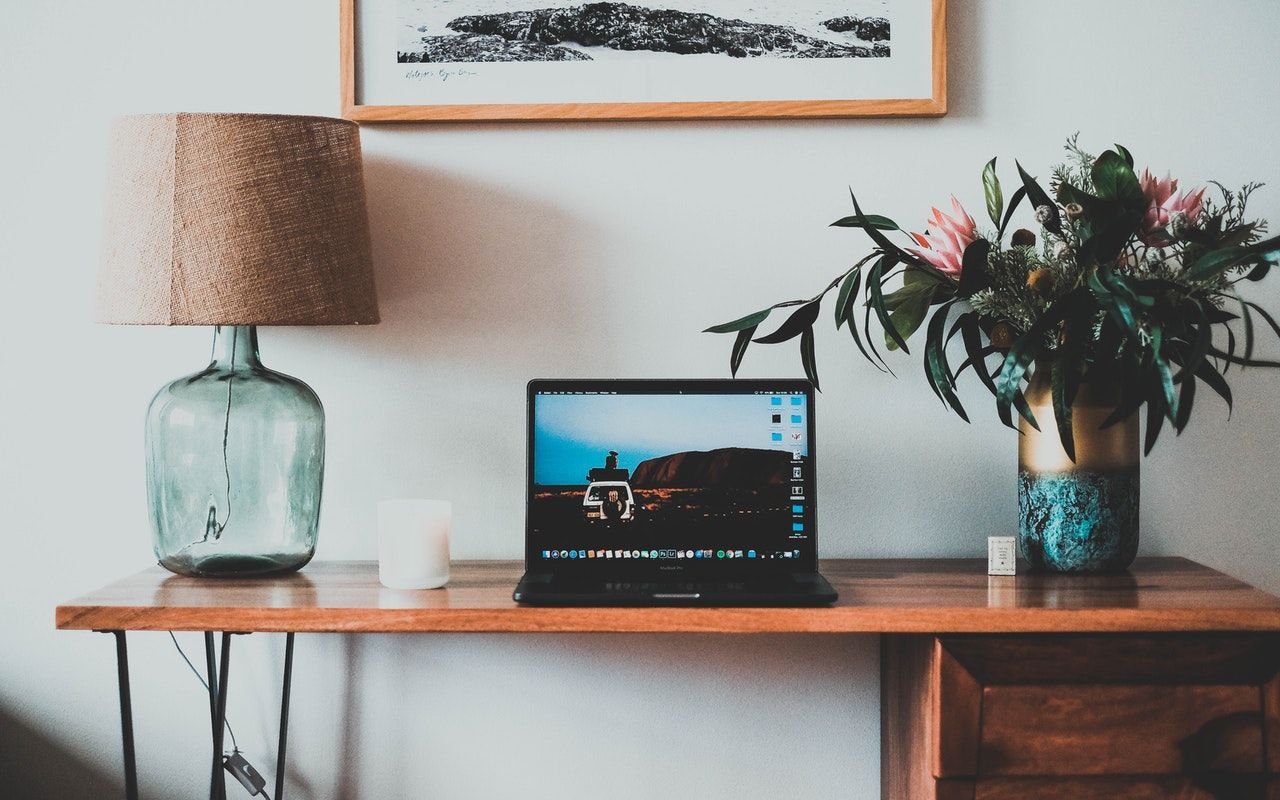 Telecommuting: The best offers to equip yourself at low prices 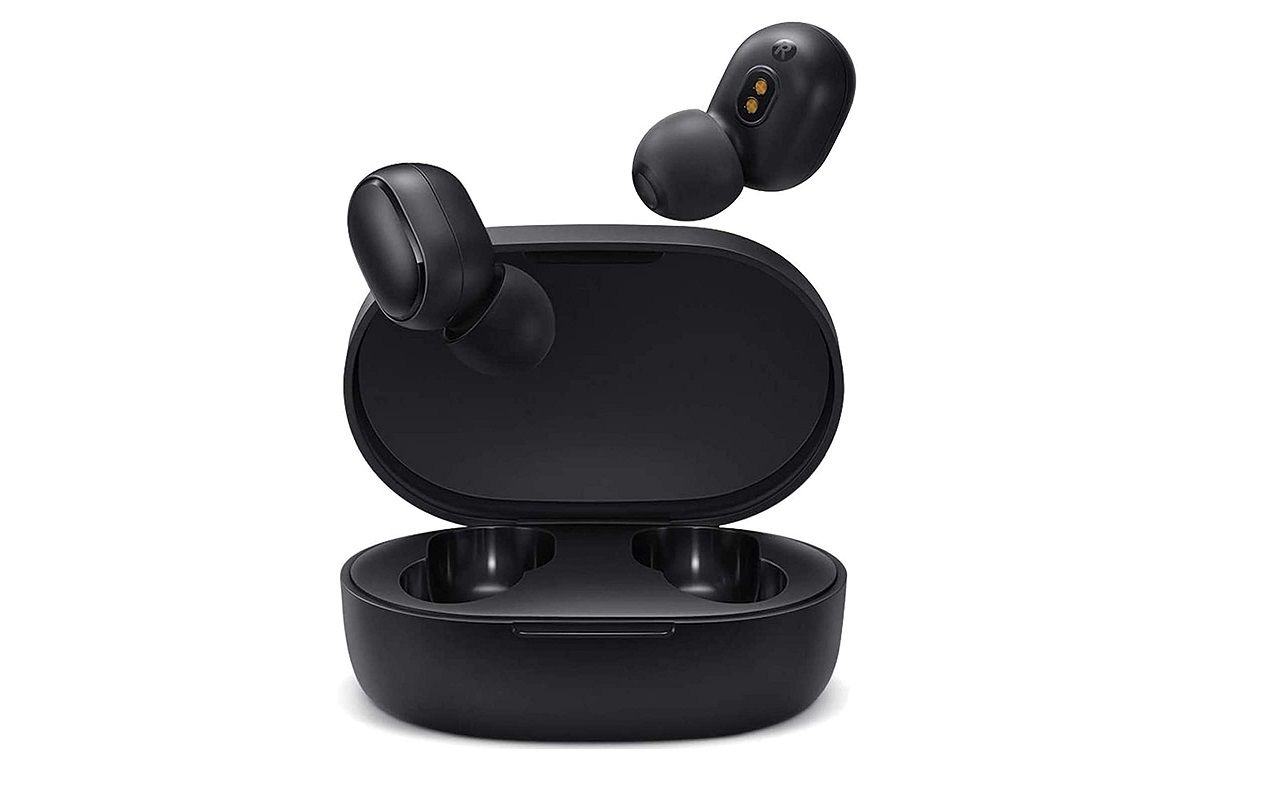 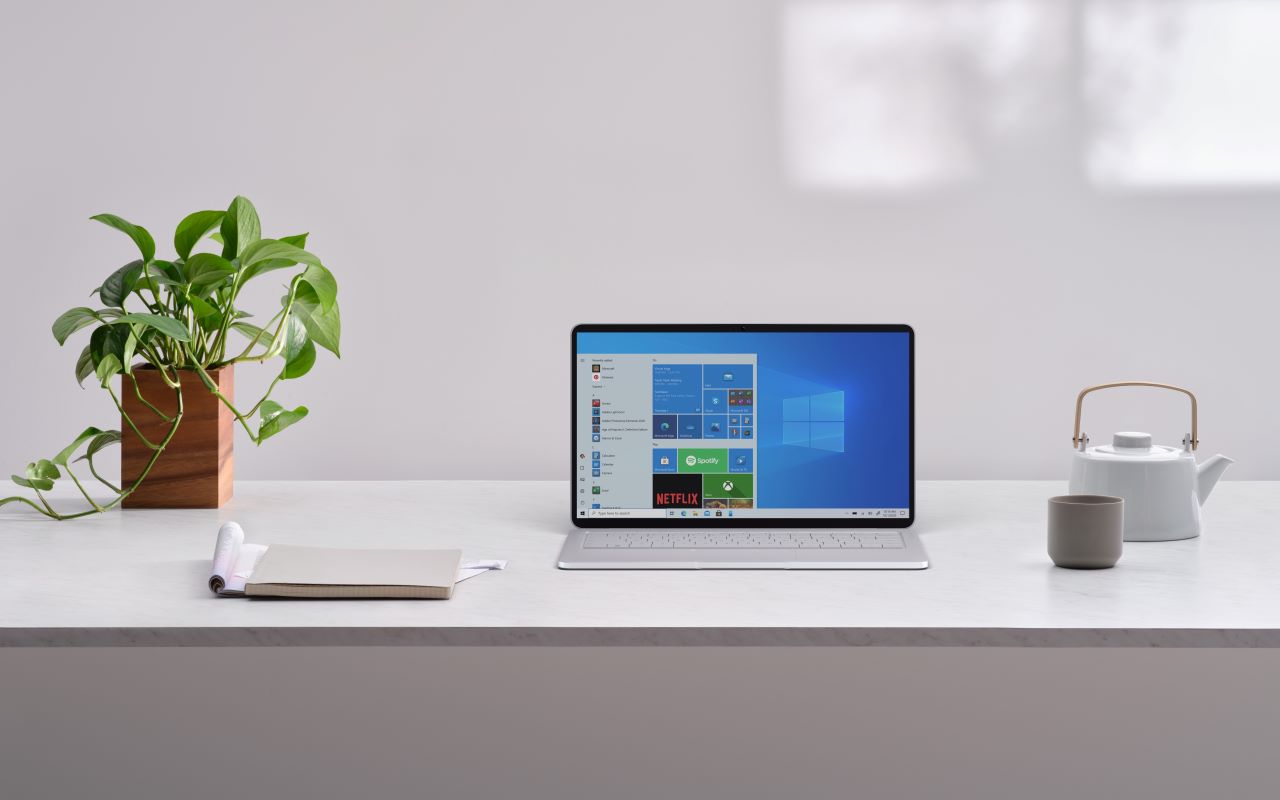 Fnac: Take advantage of the Microsoft trade-in offer on your old PC 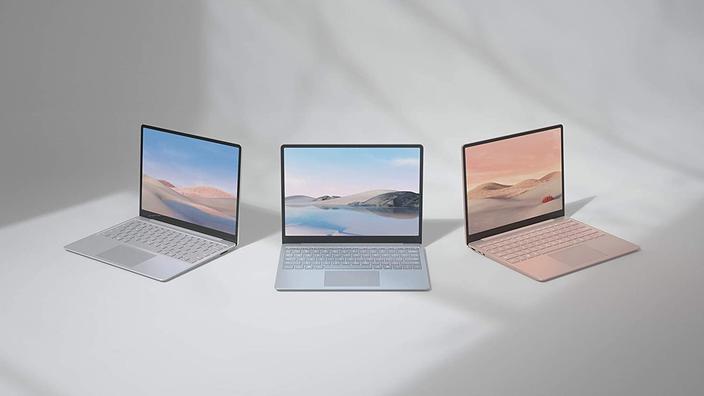 When construction noise becomes a nuisance: Your rights and which laws are decisive 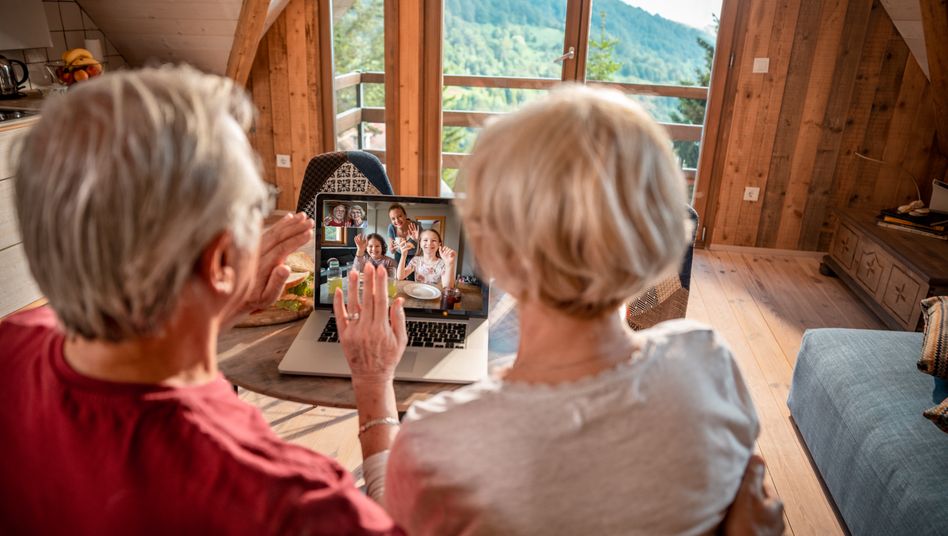 Easter: The best tips and ideas for video calls