Four times the White House has answered reporter questions from someone named "Kacey Montagu". According to research by a US site, there is probably a player from the area of ​​the gaming platform Roblox behind it. 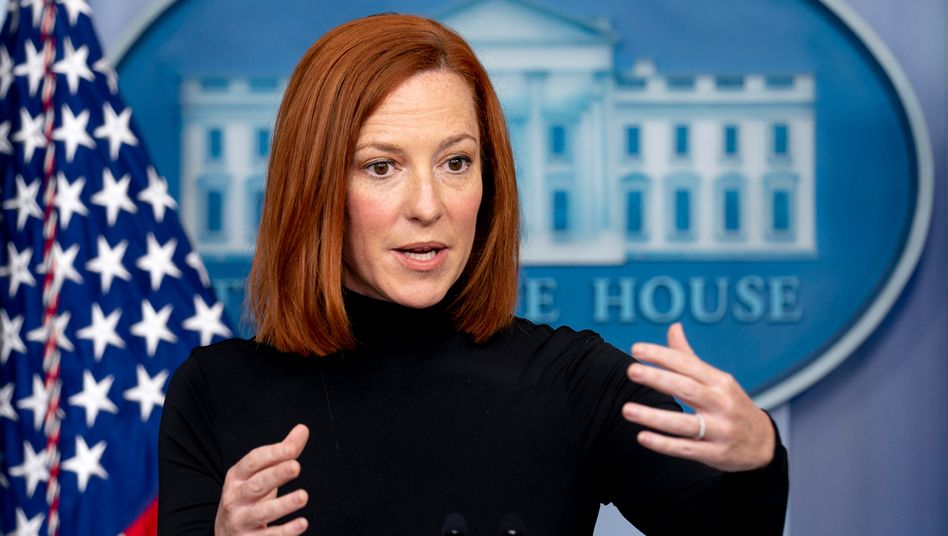 Is it about a con man, a gamer, a political activist or at least a »prankster«, someone who fools others in order to reap social media fame?

Or are not all of these terms halfway accurate?

Various US media are currently wrestling about how to describe a person who pretended to be a political journalist online for weeks and thus brought up several of her own questions in press conferences at the White House.

On the Internet, the person who, according to quotes from online acquaintances, is a woman calls himself "Kacey Montagu".

The first name Kacey is basically one that both women and men carry.

"Kacey Montagu" was online with a kind of fictitious job description, according to research on the US news site "Politico".

In the course of her online activity, she is said to have claimed, among other things, to work for the British tabloid "The Daily Mail" and to be part of the White House Press Corps, a group of journalists who report on the White House.

In emails to other, real reporters, »Kacey Montagu« is said to have appeared as a correspondent for »White House News«, a website that doesn't even exist, writes »Politico«.

In addition, she is said to have operated two official Twitter accounts with @WHschedule and @whpoolreport, which disseminated information about the White House collected from other sources and which well-known journalists followed until the accounts were recently blocked by the short message service.

Seen in this light, the online deception by »Kacey Montagu« was sometimes harder and sometimes easier to expose.

Ultimately, the alleged reporter still managed to influence events to which she was not invited.

In several cases, with reference to the corona rules, "Kacey Montagu" asked journalists who were at press conferences of the White House to ask questions she had thought up.

And so it came about that Jen Psaki, a White House spokeswoman, actually responded to questions posed by someone whose real identity is a mystery.

According to »Politico«, four of all kinds of questions were actually asked: »Kacey Montagu« wanted to know, among other things, how Joe Biden intended to react to hacker attacks on Microsoft software, it is said.

Another question, according to "Mediaite", revolved around the extent to which Barack Obama had influence on the current administration.

»Politico« explains that in Corona times it is common for reporters who are present at press briefings to also ask questions from colleagues who have not been given a space.

In order to maintain certain distances, only 14 of 49 press seats are currently occupied.

The White House declined to comment on the Politico report.

The trolling action might be embarrassing to some who thought "Kacey Montagu" was a real colleague.

At the same time, however, she emphasizes that she is open to job offers from the media that are now reporting on her.

"Kacey Montagu" seems to be quite proud of their action.

Even before the article was published, she wrote on Twitter: “Great news.

I'll be in Politico soon. ”A day later,“ Kacey Montagu ”addressed the White House with just a short“ I'm sorry ”.

It is still unclear what kind of person is really hidden behind the name.

When "Politico" asked, "Kacey Montagu" revealed little about himself.

But she said via email, “I love journalism and I think the Press Corps is doing a pretty bad job right now, so I decided to create some transparency and ask some questions that me and some of them answer Friends wanted an answer. "

The trail leads into the world of Roblox

»Politico«, on the other hand, contacted several online acquaintances of »Kacey Montagu« in order to track down their motivation.

You know »Kacey Montagu« by this name from a role-playing group on the Roblox video game platform, writes the news site - and according to these sources, her initial aim with her imitation of a reporter was to impress people from that group.

Roblox is a kind of game construction kit, in whose innumerable online games, mostly created by the players themselves, especially younger people spend a lot of time.