AstraZeneca and Johnson &amp; Johnson: adenoviruses at the center of suspicion

AstraZeneca and Johnson &amp; Johnson, suspected of causing a very rare type of blood clot, are based on the same technology since they are so-called “viral vector” vaccines. 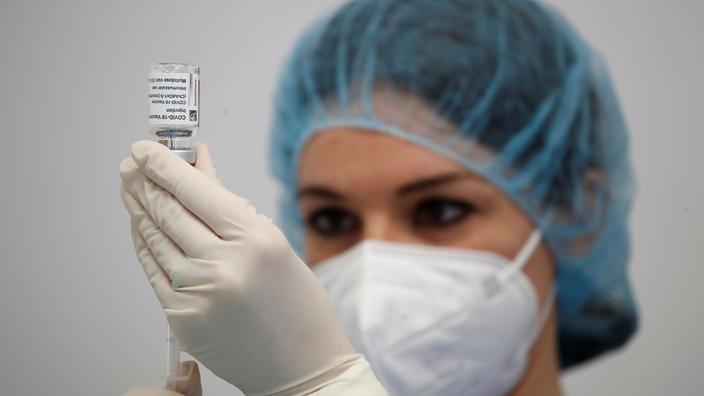 After AstraZeneca, Johnson & Johnson: These two Covid-19 vaccines, based on the same technology, are suspected of causing a very rare type of blood clots.

Update on what we know.

What have we observed?

In the case of AstraZeneca and Johnson & Johnson, suspicion arose after cases of thrombosis (formation of blood clots) in a few vaccinated people.

These are not ordinary thromboses, such as simple phlebitis, but very unusual thromboses.

On the one hand, they are atypical by their location: they affect

"the veins of the brain (thrombosis of the cerebral venous sinuses)"

and, to a lesser extent, the abdomen, the European Medicines Agency said on April 7. (EMA) about AstraZeneca.

Ditto for Johnson & Johnson, with which it is also

"thrombosis of the cerebral venous sinuses"

which were observed, underlined Tuesday the American health authorities, FDA and CDC.

In addition to their location, these thromboses are intriguing because they are accompanied by a drop in the level of blood platelets, the cells that help the blood to clot.

Paradoxically, this can therefore cause hemorrhages in addition to blood clots.

“The treatment for this particular type of blood clot is different from what would normally be given,”

warns the FDA and the CDC.

Read also: Covid-19: why AstraZeneca and Johnson & Johnson vaccines are under surveillance

On April 7, the EMA recognized for the first time that these very rare blood problems could be caused by the AstraZeneca vaccine.

However, the link is not formally established for that of Johnson & Johnson, authorized in Europe (under the name of Janssen) but not yet administered.

It is to try to find out more that the American authorities suspended its use Tuesday in the United States.

Although nothing is proven yet, these blood problems could be related to the technique on which these two vaccines are based.

Both are so-called “viral vector” vaccines: we take another virus as a carrier, which we modify so that it carries genetic information in the body to fight Covid.

And both use a very common type of virus called adenovirus as a carrier.

AstraZeneca opted for a chimpanzee adenovirus, Johnson & Johnson for a human adenovirus.

The fact that similar problems have been observed with these vaccines

"could suggest that the problem is with the adenovirus vector

said David Fisman, epidemiologist at the University of Toronto, on Twitter.

"Everything suggests that it is linked to the adenovirus vector",

“these cases do not exist to date with RNA vaccines”

, those of Pfizer / BioNTech and Moderna, which use another technique, messenger RNA.

Read also: Research, clinical trials, quality controls: how do you make a vaccine?

It remains to be seen whether this type of blood problem is also observed with the Russian vaccine Sputnik V, which also uses two adenoviruses as vectors.

It is authorized in about 60 countries for the moment, but not in the European Union or the United States.

Although we are not sure, several elements support an abnormal and powerful immune response elicited by these vaccines.

In a study published online on March 28 and on AstraZeneca, German and Austrian researchers made the connection with another already known mechanism.

, write these researchers led by Andreas Greinacher (University of Greifswald).

HIT is a serious and rare immune reaction triggered in some patients by the anticoagulant drug heparin.

the EMA commented on April 7, calling for further studies.

German and Austrian researchers even propose to give a name to the phenomenon observed with the AstraZeneca vaccine (the English acronym VIPIT).

This is the essential question.

In the case of AstraZeneca, on April 4, there were 222 cases of these atypical thromboses out of 34 million injections carried out in the European Economic Area (EU, Iceland, Norway, Liechtenstein) and the United Kingdom, according to the EMA.

"within two weeks of vaccination,"

according to the EMA.

In the case of Johnson & Johnson, US authorities have identified six cases (including one death) out of more than 6.8 million doses administered in the United States,

"and symptoms occurred 6 to 13 days after vaccination."

, according to the FDA and the CDC.

But as with any drug, knowing the risk is not enough: it must be compared with the benefits provided by the product.

This is called the benefit-risk balance.

Read also: Covid-19: one dead and one person in critical condition in the United States after receiving the Johnson & Johnson vaccine

“Covid-19 carries a risk of hospitalization and death.

The combination of blood clots / low platelets that has been the subject of reports is very rare, and the overall benefits of the vaccine in preventing Covid-19 outweigh the risks of side effects ”

, insisted the EMA on April 7 regarding AstraZeneca.

Most of the cases seen with AstraZeneca involve

according to the EMA.

But it is too early to draw a conclusion.

"According to the elements currently available, we have not identified a specific risk factor

commented the EMA about AstraZeneca.

However, after a first wave of suspension in mid-March, several countries have decided to no longer administer the AstraZeneca vaccine below a certain age: 30 years for the United Kingdom, 55 years for France, Belgium and Canada, 60 years for Germany and the Netherlands or 65 years for Sweden and Finland.

“We don't have just one vaccine, we have several.

This is why reserving AstraZeneca for older people seems to me to make sense, ”

commented virologist from Goethe University in Frankfurt, Sandra Ciesek, in

Here again, this reasoning is based on the risk-benefit balance, which varies according to age: the older we get, the more we have a risk of developing a serious form of Covid, and the more it is in our interest to be vaccinated with AstraZeneca, despite the risk of side effects.

British health authorities have released a comparative table to support this reasoning.

According to this table, when the virus is circulating strongly, the risk caused by the Covid is 6 times greater than that caused by the vaccine in the 20-29 age group.

Norway and Denmark have made a more drastic choice than just age limits, by stopping the AstraZeneca vaccine altogether for now.

AstraZeneca and Johnson &amp; Johnson: adenoviruses at the center of suspicion 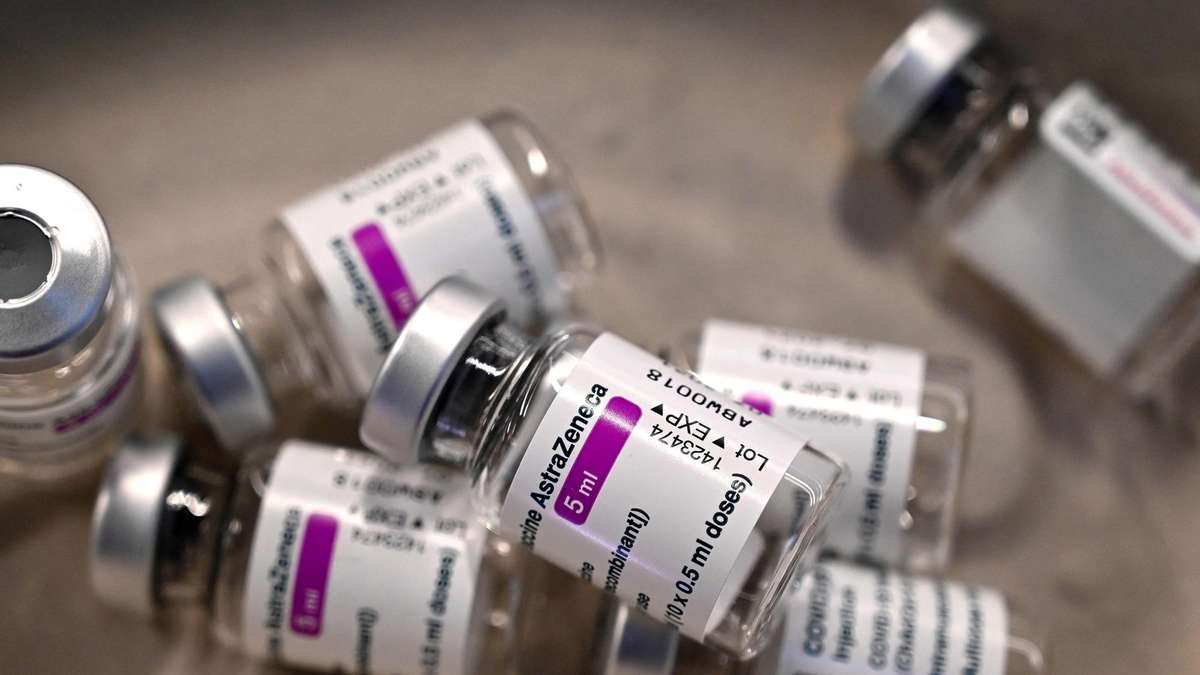 Serious side effects after vaccination: Experts have suspicion at Astrazeneca and Johnson &amp; Johnson 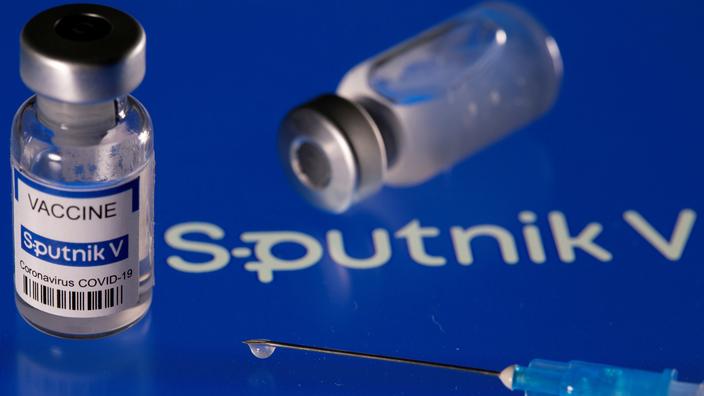 Vaccine: Moscow ensures that Sputnik V did not cause thrombosis New hope: US giant starts production of its own vaccine candidate - is everything going very quickly now?&nbsp; 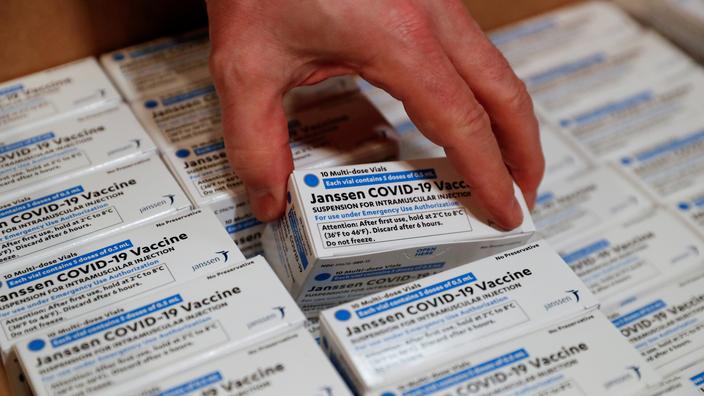 Covid-19: eight million doses of the Johnson &amp; Johnson vaccine expected in France by the end of June 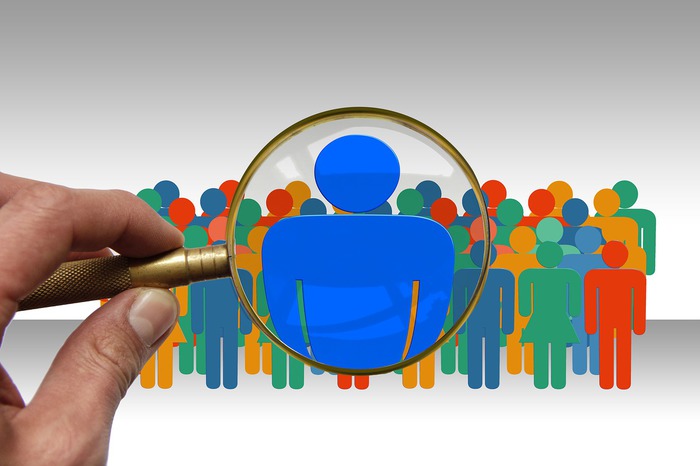 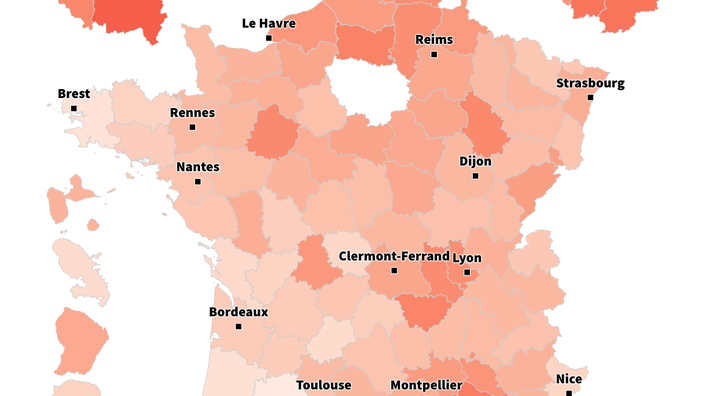