The new iPads shine brighter, the iMacs are more colorful and with AirTags the iPhone is supposed to find lost things: Apple's innovations at a glance. 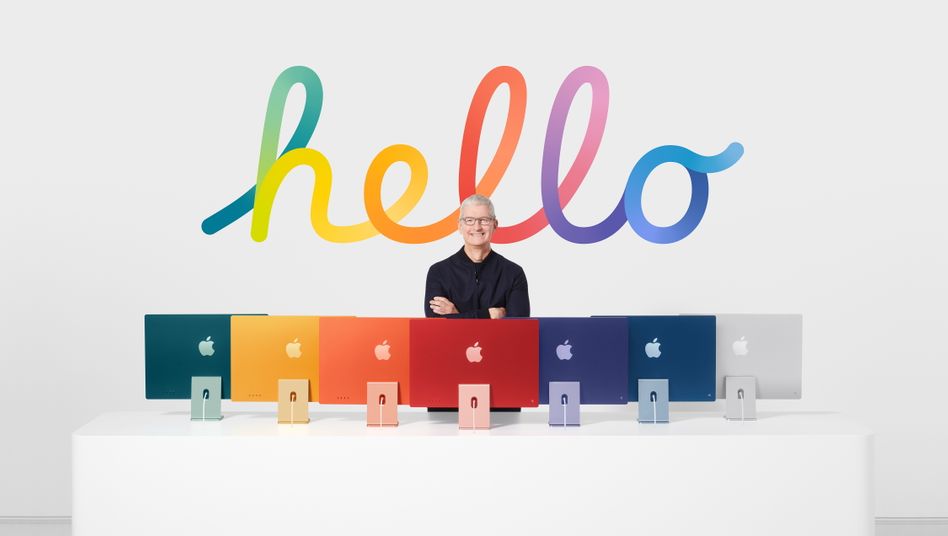 Apple CEO Tim Cook in front of the new iMacs

Last year, the corona pandemic was so new that Apple simply refrained from product presentations and instead announced new iPads and MacBooks in a press release.

In the meantime, the company has perfected its online presentations as much as its live shows in the Steve Jobs Theater at the company's California headquarters.

This was also the case on this Tuesday, on which the group once again delivered a perfectly choreographed production.

The stars were the new iMacs.

Flat and colorful: the new iMacs

For the first time in years, Apple is again offering its all-in-one computer in different housing colors and in a completely new design, just as it was at the turn of the millennium when the concept was new and unusual.

At the same time, the design was radically changed.

The computers are much slimmer than before and have clearer edges than their predecessors.

The drive is the M1 chip, which debuted in the MacBook Air and MacBook Pro at the end of 2020 and heralds Apple's departure from Intel chips.

The new model should be up to 85 percent faster than its predecessor in the smallest configuration.

With a diagonal of 24 inches, the screen lies exactly between the previous iMacs with 21.5 inches and those with 27 inches.

Especially important in times of lockdowns, homeschooling and home office: The webcam of the new iMacs has a contemporary resolution of 1920 x 1080 pixels.

In addition, a function called Center Stage should ensure that when you move in front of the device, you always stay in the center of the image during video chats.

The camera is equipped with a wide-angle lens for this.

With an 8-core graphics processor, at least 1669 euros are due.

Tablet with a Mac heart: the new iPad Pro

It was clear that Apple would introduce a new version of the iPad Pro. What nobody expected: Instead of a new version of the A14 chip that is in the iPhone 12, Apple is packing the M1 processor, which also works in the new iMacs and MacBooks, into the new tablet. In addition, the USB-C port is replaced by a Thunderbolt socket. It looks exactly the same, but enables much higher data rates, for example to connect hard drives or large screens.

The 5G cellular module, which is now finally in Apple's flagship tablet, also promises higher data rates and can also ensure fast connections on the go - if you can find a 5G network.

The storage space can now be ordered up to two terabytes in size.

The 12-megapixel webcam has an extremely wide angle and a function called Center Stage to ensure that you always stay in the center of the picture during video chats.

Apple manager Raja Bose at the presentation of the new iPads

An innovation that was expected, but which should nonetheless set a new standard in image quality for iPads, is the screen of the iPad Pro 12.9.

It is now based on mini-LED technology, which promises both very high brightness and particularly dark black.

It won't be cheap, however.

The versions with 5G module cost 170 euros more each.

AirTag is the name of the new finder gadget with which the group brings the "Where is?" Search function from its iPhones, iPads and iMacs to the analog world.

The system is reminiscent of the well-known Tile-Tags and Samsung's SmartTags: You can put an AirTag in your backpack or hang it on your key ring, for example, and you can use the app to find the tagged items again if you have lost or misplaced them.

One feels flattered that Apple is now entering this market as well.

At the same time, one finds it justified that the US Congress takes a closer look at Apple's business practices.

Tile sees Apple's "Where is?" As an unfair exploitation of the company's market power.

Apple specifies the unit price at 35 euros, in a pack of four, the AirTags cost 119 euros.

The design of the Apple TV remains unchanged, only the remote control has been optically revised

Apple's streaming box Apple TV 4K is getting a purely technical upgrade, which mainly consists of the A12 Bionic processor.

Among other things, this should enable the playback of films with HDR and Dolby Vision at up to 60 frames per second.

In conjunction with an iPhone 12, there is also the option of calibrating the color rendering of the television set.

The remote control contains a new type of clickpad that is supposed to simplify operation.

As a new service, Apple announced Podcast Subscriptions, a service that Apple users can use in a newly designed podcast app to subscribe to premium podcasts in addition to free podcasts.

SPIEGEL will be there at the start with its own podcast offers.

»Purple Rain« as an iPhone

And - rather as a side note, a new variant of the iPhones 12 and 12 mini was announced.

Their only difference to the previous models is the color: a soft purple. 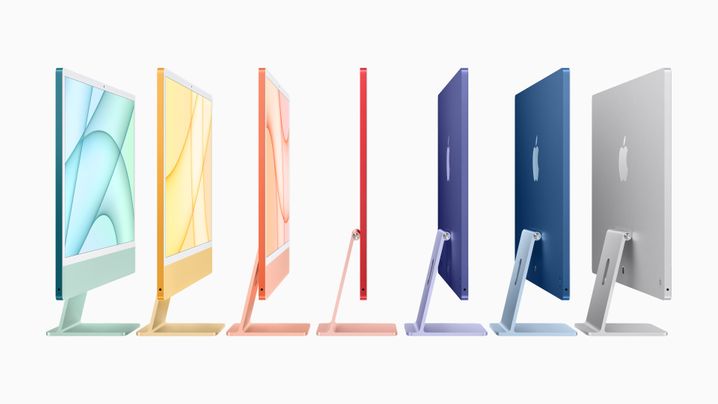 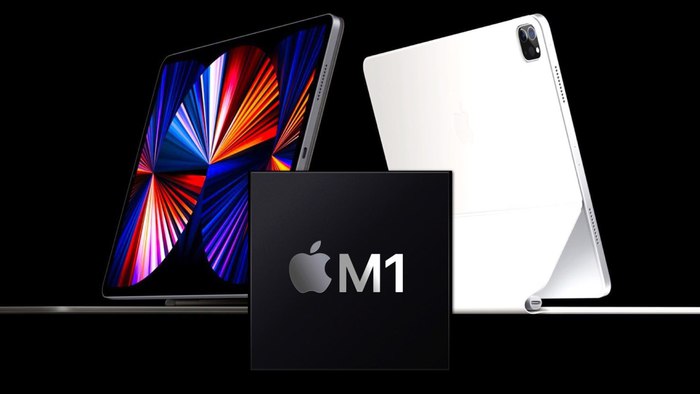 Apple before the keynote: Products, prices and probabilities - Tim Cook could present these innovations

Apple before the keynote: Products and probabilities - Tim Cook could present these innovations 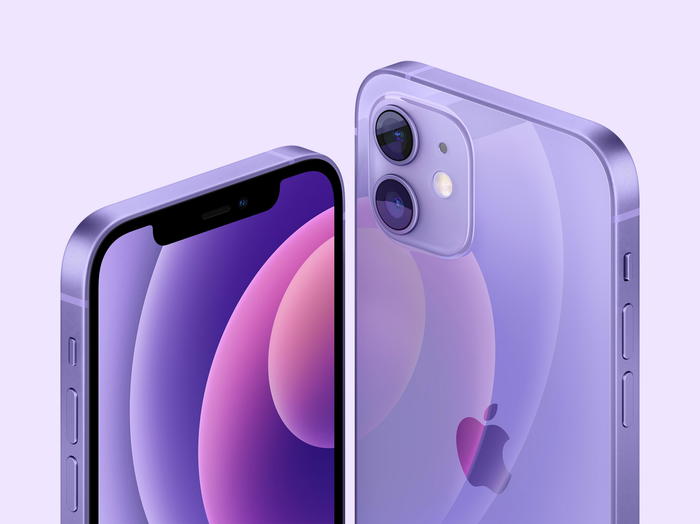 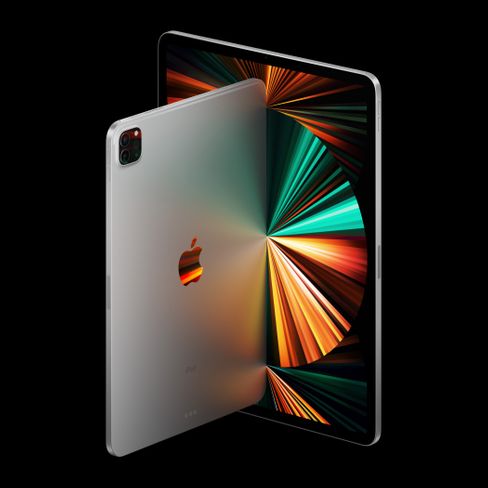