Maserati MC20, the 'Stradivari' of supercars is born in Modena

It would be nice to be able to record with a candid camera the emotions of the first customers who ordered the Maserati MC20 supercar - and who after paying from 216 thousand euros upwards, depending on the level of customization - will sit behind the wheel of the ... (ANSA ) 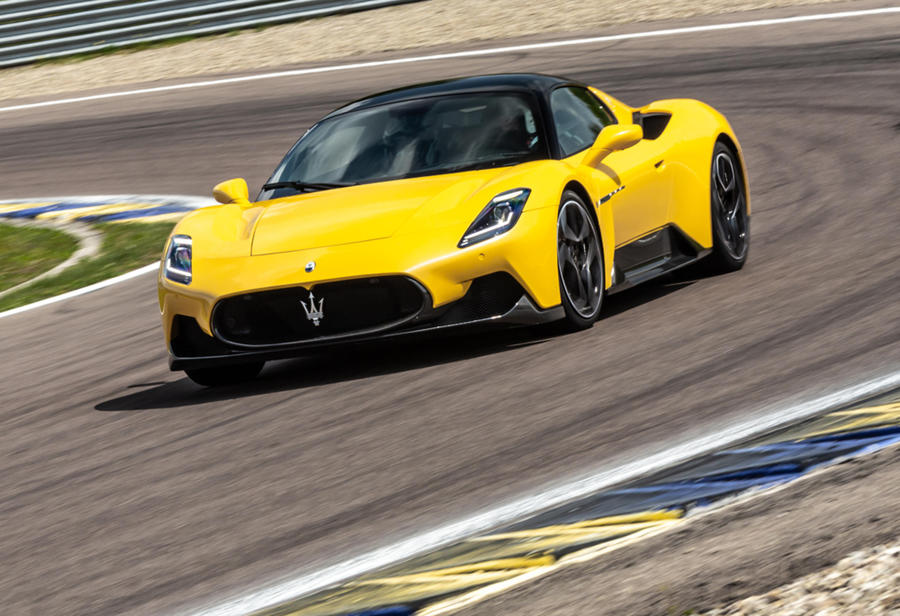 It would be nice to be able to record with a candid camera the emotions of the first customers who ordered the Maserati MC20 supercar - and who after paying from 216 thousand euros upwards, depending on the level of customization - will sit behind the wheel of their new 'jewel' of the Trident.

Maserati MC20, a real racing car on a docile GT track on the road

In fact, few cars in the world know how to be as 'different' as the MC20, capable of adapting perfectly to the needs and driving style of a track but also fun, docile, safe and exciting on a road open to traffic. And therefore they are able to amaze the pilot with every kilometer traveled, who - just like a violinist - has the opportunity to improve himself note by note by playing a Guarnieri del Gesù or a Stradivari.

"Contrary to what one might think, despite the use of the simulator - said Andrea Bertolini, GT1 world champion with the MC12, now in charge of testing at Maserati, at the time of the launch of the MC20 - man remains indispensable for the development. The human factor remains central and is part of Maserati's DNA. Even if all these state-of-the-art technologies are used, for Maserati man remains at the center of the project. The car must have a soul and without the presence of a team strong, from the engineer to the test driver, this would not be possible. The Maserati team knows the values ​​of the brand; it is precisely this knowledge that allows it to transmit charm, sportiness and driving pleasure to the car ". The first part of the test, with the precious assistance of Federico Landini,Maserati Vehicle Line Executive - Sport Vehicles, takes place on the Modena racetrack. The MC20 is in its definitive form, further improved in some details (including further development of the tires) and settings.

Compared to the prototype already driven, the car is even more performing, precise, stable even at higher speeds - thanks to the contribution of the new tires - and the perfect starting point for the next racing variant, but the Maserati MC20 is confirmed as a great ' transformist 'as soon as you cross the gate of the racing facility and face the normal road system, including traffic. Well placed in the essential and functional driving position, you have the opportunity to perfectly control the car and to perceive - with the complicity of the racing seats - the precision of the suspension and the rigidity of the carbon body which, as is well known, is was developed in collaboration with the 'magician' Dallara. Unlike what happens on the track,when performance is extreme and every moment must be dedicated to finding the ideal moment for braking (by the way, Brembo carbon-ceramic brakes are hyper-effective but never violent as happens with other supercars) or the right point of the trajectory, in traffic there is time to observe the dashboard and cockpit and - of course - to be 'observed' with admiration by other users.

Whatever the exterior color, the materials chosen in the passenger compartment are black, with dark upholstery to ensure maximum visibility through the windshield. The only note, which Maserati is obviating, however, are some reflections on the interior mirror which - it should be emphasized - is a display that displays the images detected towards the tail by a small camera. However, the various controls with buttons and switches reduced to the essentials and a 10.3-inch display well positioned and managed by an Android operating system, as fast as the MC20, were promoted with flying colors in the final version. A concession to essentiality is represented by the driving mode selector which is inspired by luxury watches. It is mechanical, precise,uses precious materials of the highest quality and has a touch of blue typically Maserati. It has five positions - Wet, Gt, Sport and Corsa plus ESC off - but the latter, given the large torque delivered by the V6 Nettuno (730 Nm), requires skill and training.

On the road as on the track, the sports steering wheel covered in black leather with carbon inserts is also appreciated. Few buttons and switches, including the one for the Start and Launch Control. The gearshift paddles, fixed to the steering column and generously sized, are used to operate the dual clutch gearbox also to engage the gear from a standstill.

Exciting on the track, the V6 Nettuno engine confirms on the road the promises that had been made at the time of its presentation in 2020. On the hills of Modena it turns out that this 3.0 turbo petrol loves 'picnics' and is not at all embarrassed to turn meekly at low traffic regimes. 100% Made in Modena, this twin-turbo, 3.0-liter 90-degree V-6 cylinder is capable of delivering 630 hp at 7500 rpm - with 730 Nm of torque from 3,000 rpm - but picks up perfectly even afterwards. having followed a city car for a couple of kilometers.

Its secret is the innovative pre-chamber combustion system with double spark plug Maserati Twin Combustion (MTC) which is a technology developed for Formula 1. Impossible to evaluate the absolute performance, both on the racetrack and on the open road: Maserati for the its new supercar claims a top speed of over 325 km / h and a 0-200 km / h sprint in less than 8.8 seconds. On the racetrack, however, we were able to use Launch Control and the time of 2.9 seconds from 0 to 100 km / h is absolutely real.

Maserati MC20, the 'Stradivari' of supercars is born in Modena

Maserati Grecale, the prototype photographed in front of the Modena headquarters 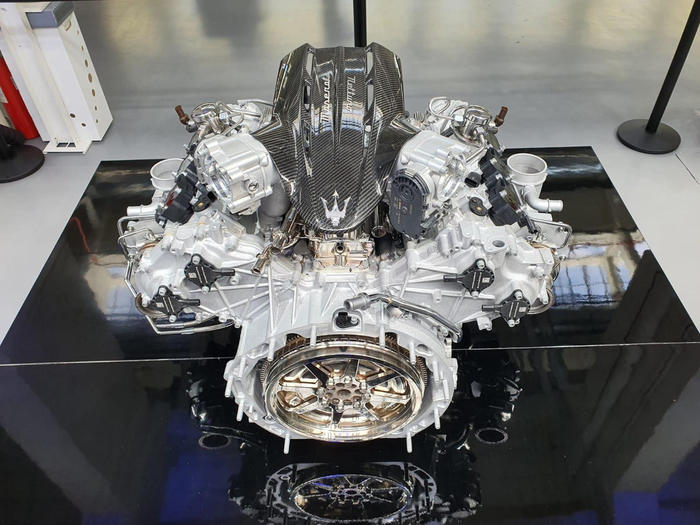 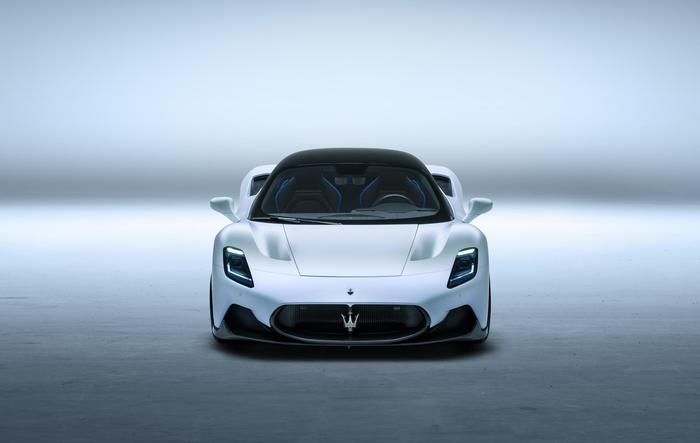 Maserati Mc20 'Most Beautiful Supercar of 2021' 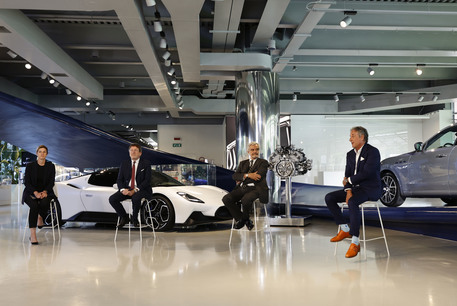 Expo Dubai: Maserati will be the protagonist in the Italy pavilion 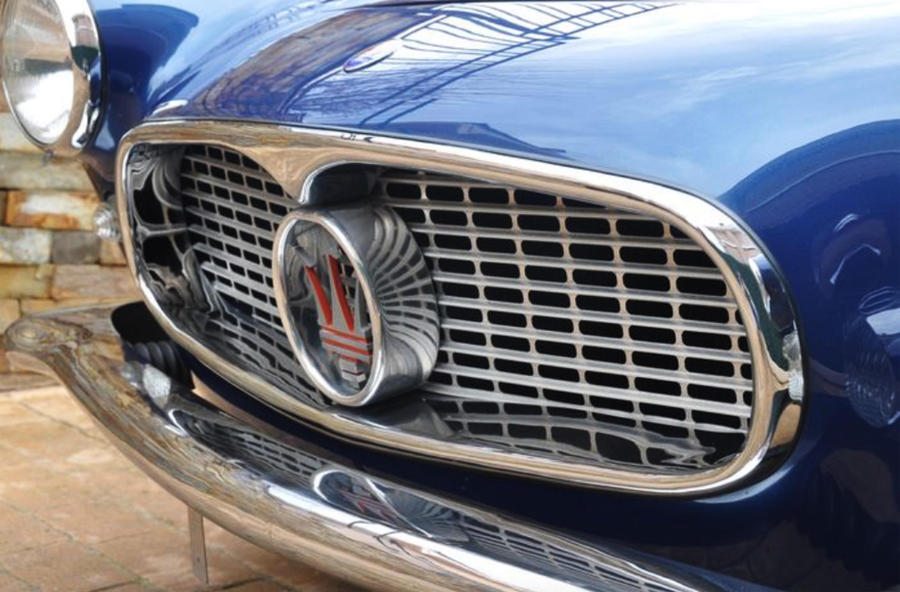 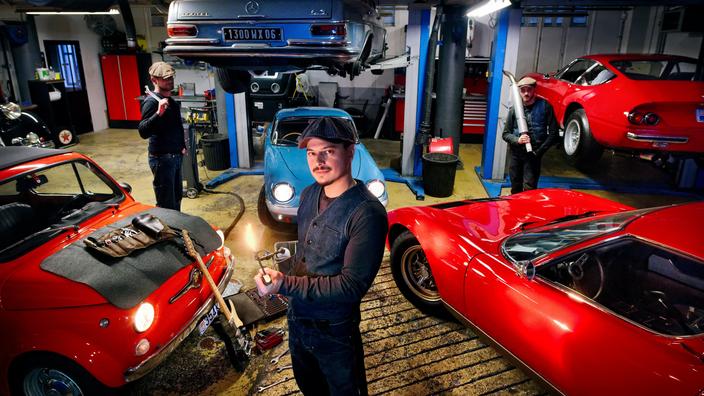 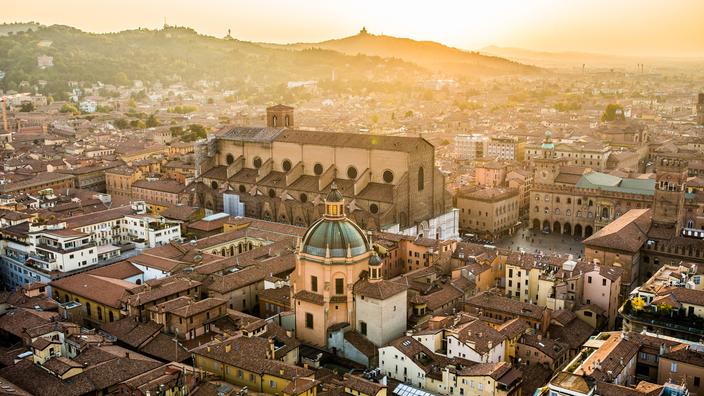 From Bologna to Parma, five unmissable cities of Emilia Romagna