Around 634,000 kilometers and not a bit tired: Frank Märtens' old Skoda Octavia shows how durable older cars can be - if they are well maintained. But the state is pushing drivers to buy new cars.

With the scrappage scheme in 2009, many Skoda Octavia I disappeared from the streets.

At the time, he was horrified by the beautiful cars that went into the scrap press, says Frank Märtens.

If a car is to last forever, it needs special ingredients. Frank Märtens retrofitted his Skoda Octavia with an auxiliary heater for cold days. The engine is already preheated when the man from Lower Saxony gets into his car in the morning and leaves for work. He also had a cruise control retrofitted to protect the engine on the autobahn: "I use the cruise control at 120 km / h, no speeds above 4000 rpm," explains Märtens.

His Octavia, built in 2001, thanked him for it, with enormous reliability.

The petrol engine has so far unwound a mileage of 634,000 kilometers.

"And that with the engine unopened," emphasizes Frank Märtens.

His Skoda shows how durable and sustainable cars can be if you take care of them: if you define sustainable as something that lasts for a particularly long time and therefore does not have to be replaced by something newly produced.

People like Frank Märtens are the ideal target group for the automotive industry.

The 59-year-old from Geestland near Cuxhaven is a long-distance commuter.

Every day he drives on the A27 from Bremerhaven to Bremen to work and back in the evening.

Märtens' colleagues broke up a car pool and went to work from home because of the corona pandemic.

But the 59-year-old prefers to keep his old Octavia.

Many people with a comparable everyday driving experience sell off their car after a few years.

If the first major repairs are due, they trade it in for a younger model.

This is how the business model of the automotive industry works.

The dealerships could have sold half a dozen new or at least annual vehicles to Frank Märtens who drive a lot.

But the 59-year-old prefers to stick to his 20-year-old Skoda Octavia 1.6 Ambiente.

With front and side airbags, air conditioning and heated seats, the equipment is neat.

The 1.6-liter four-cylinder with the identification AVU was important to Märtens.

"It should be a solid car with healthy VW technology," says the North German.

"I've been looking for this engine version for over a year."

The experts recommend when installing an LPG gas system in order to avoid engine damage.

Frank Märtens also had this retrofitted to his Octavia shortly after the purchase.

LPG fuel is significantly cheaper than gasoline, and the exhaust gas values ​​are also better.

Before the Octavia, the Lower Saxony driver drove an Opel Kadett E, where the rust-prone compact lasted 280,000 kilometers.

Before that, an old VW Passat B2 served him for a long time, which reached 350,000 kilometers - quite a lot for a car from the early eighties.

Martens recipe for success: take care of yourself at an early stage. It starts with a simple oil change. His Skoda Octavia gets it every 15,000 kilometers, with branded oil. "I am grateful to the 30,000 km intervals allowed by the vehicle manufacturer," he says. Because the wear parts come from the VW kit, maintenance is relatively inexpensive. The Skoda Octavia I is based on the same platform as the VW Golf IV, Seat Leon I and the first Audi A3.

He has been working for a large automotive parts dealer for 40 years.

The trained wholesaler taught himself how to install the parts.

However, a Skoda Octavia I also has flaws: for example the fragile thermostat housing made of plastic.

Märtens' car already has the third on board.

The self-taught tool also includes an OBD diagnostic device, which is available on the Internet for around 50 euros.

This enables laypeople to read out their vehicle themselves and isolate errors without having to drive to the workshop.

"Otherwise such a kilometer ride would certainly not be financially viable," says Märtens.

Passionate screwdrivers like to drive classic cars with a manageable maintenance effort. Frank Märtens shows that cars with more complex technology can also be repaired. In the 1990s, on-board electronics became more and more intertwined. As if to deter people, numbers are circulating in the scene, according to which a Golf II only had two control units (for the engine and overrun fuel cutoff). In the Golf III there were already four (engine, ABS, airbag, automatic transmission) and in the Golf IV - the sibling of the Skoda Octavia I - 45 control units.

“Today there are certainly over 100 control units with smart sensors and actuators, as well as driver assistance systems. And with fully autonomous driving there will be a few dozen more, ”says Vinod Rajamani. The professor of mechanical engineering at the Dortmund University of Applied Sciences deals with sustainable vehicle construction. He contradicts the common thesis that modern cars are short-lived disposable products because of their excessive electronics.

By not concentrating the functions on a main control unit, but distributing them to substructures, the on-board system does not become more vulnerable per se.

»Electronics are making great strides from year to year in terms of innovation, but also in terms of the robustness of the systems.

The errors in the field per built-in electronic component are falling continuously «, says Rajamani.

House dog Ole Olsen also likes to drive with you in the old Skoda.

The main problem for a long car life are the requirements placed on new cars in terms of emissions. The vehicle manufacturers received new specifications on emissions behavior every four years, to which the new models would have to be adapted - in addition to lightweight construction with complex systems such as exhaust gas aftertreatment, fuel cells or hybrid drives. According to Rajamani, this increased complexity is reflected in the prices of new cars: the average price of a new vehicle in Germany rose by more than 20 percent between 2010 and 2019.

So new cars may be cleaner, but they are significantly more expensive.

This is also one of the reasons why Frank Märtens is holding onto his old Skoda Octavia.

Thanks to the auxiliary heating, the preheated engine can quickly switch to economical gas operation, he says.

By converting to LPG, he was able to reduce travel costs to a good 50 percent.

Despite their longevity, cars like his are increasingly being targeted by environmentalists.

With the Euro 4 emissions standard, the Skoda is a thing of the past for organizations like Deutsche Umwelthilfe, which should be discarded.

With a government participation of the Greens in the federal government from autumn, the legal situation could become even stricter, fear old car drivers.

The alliance calls for the car fleet to be converted to emission-free drives, but everyone should be able to afford the change. So would it be unsocial to put all the millions of old everyday cars from the nineties and noughties - also in terms of vehicle tax - worse off? The question is gaining in importance, especially since Germans drive their vehicles longer. According to the Federal Motor Transport Authority (KBA), the average age of used cars has increased to 9.8 years (as of January 1, 2021). Of the 48 million passenger cars in the country, 11.5 million vehicles with outdated Euro 4 emissions standards are still on the road. In addition, there are several million even older cars with the Euro 1 to 3 standards.

For all of these, new »CO2 pricing approaches«, as demanded by the alliance of trade unions and environmental associations, could possibly be expensive - especially for long-distance commuters like Frank Märtens from Geestland.

"It would be the totally wrong way to further tighten environmental regulations," he says.

It is also sustainable if old cars are driven for so long that new ones do not even have to be built.

But industry and politics have different priorities.

They reward new car buyers with bonuses, not repairs to used ones.

The Octavia has to hold out for a few more years on the A27, then its 59-year-old owner will retire.

"I want to drive it that long." 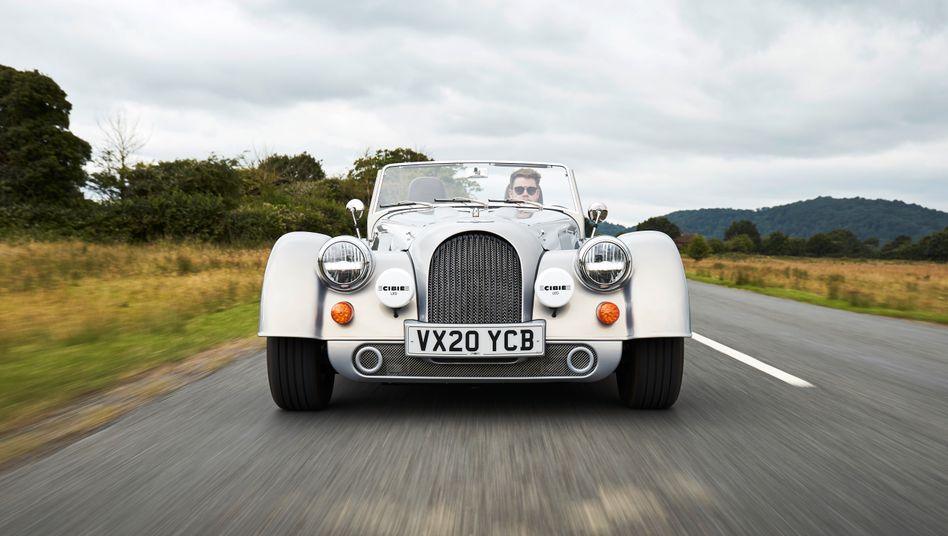 Morgan Plus Four: Oldtimer on steroids Traffic chaos in the Miesbach district: Experts see the solution in data and services 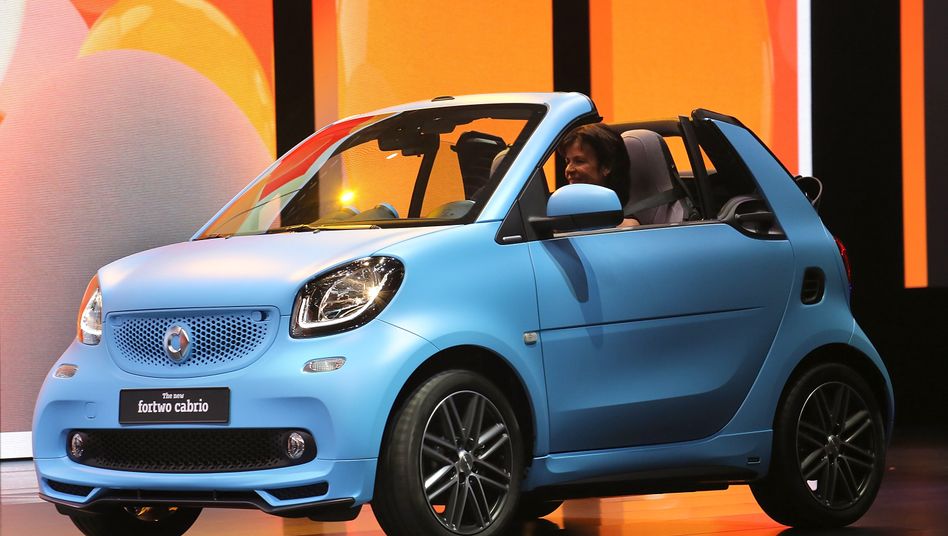 Smart from Mercedes and Daimler is becoming SUV: not at all clever 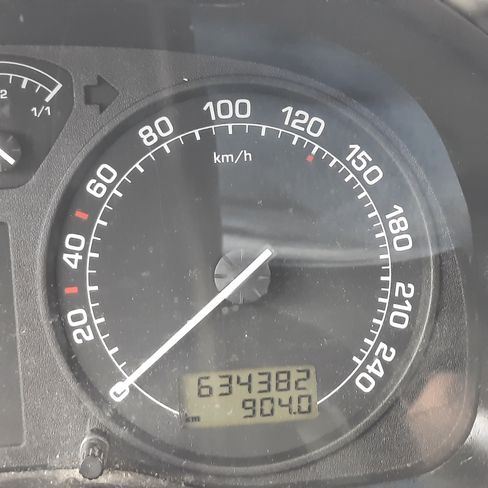 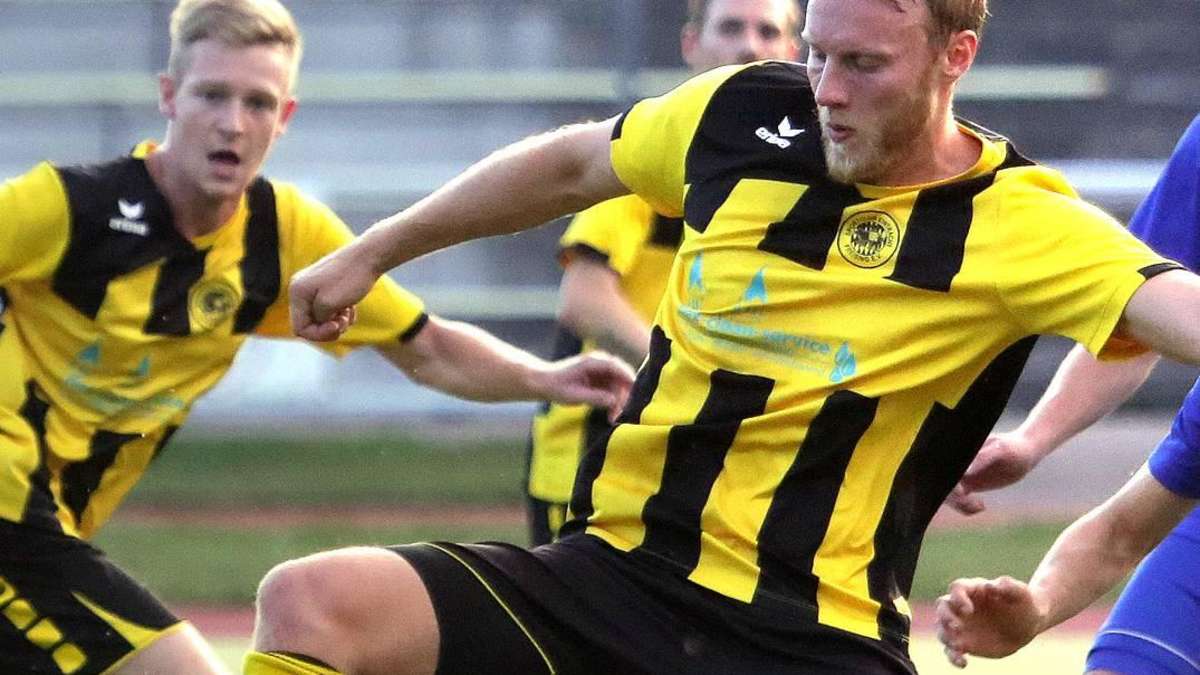 The end of a period of personal suffering 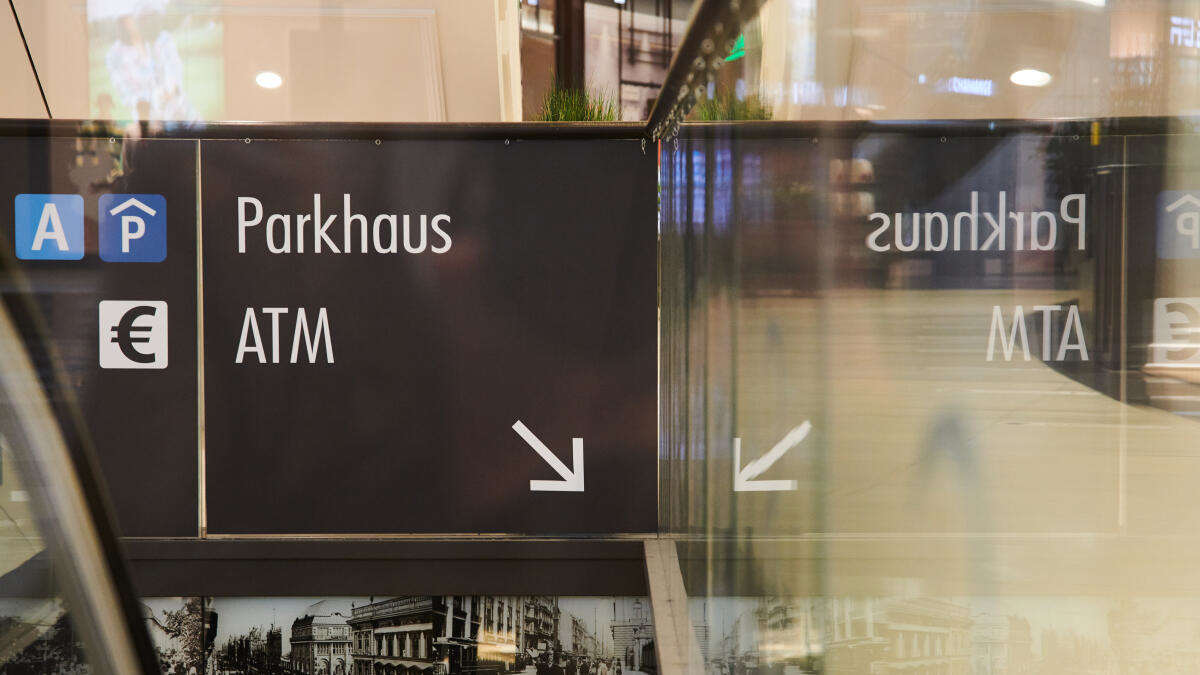