Prepare for the worst: sixteen French police officers and gendarmes soon to be stationed in so-called sensitive countries receive training this week 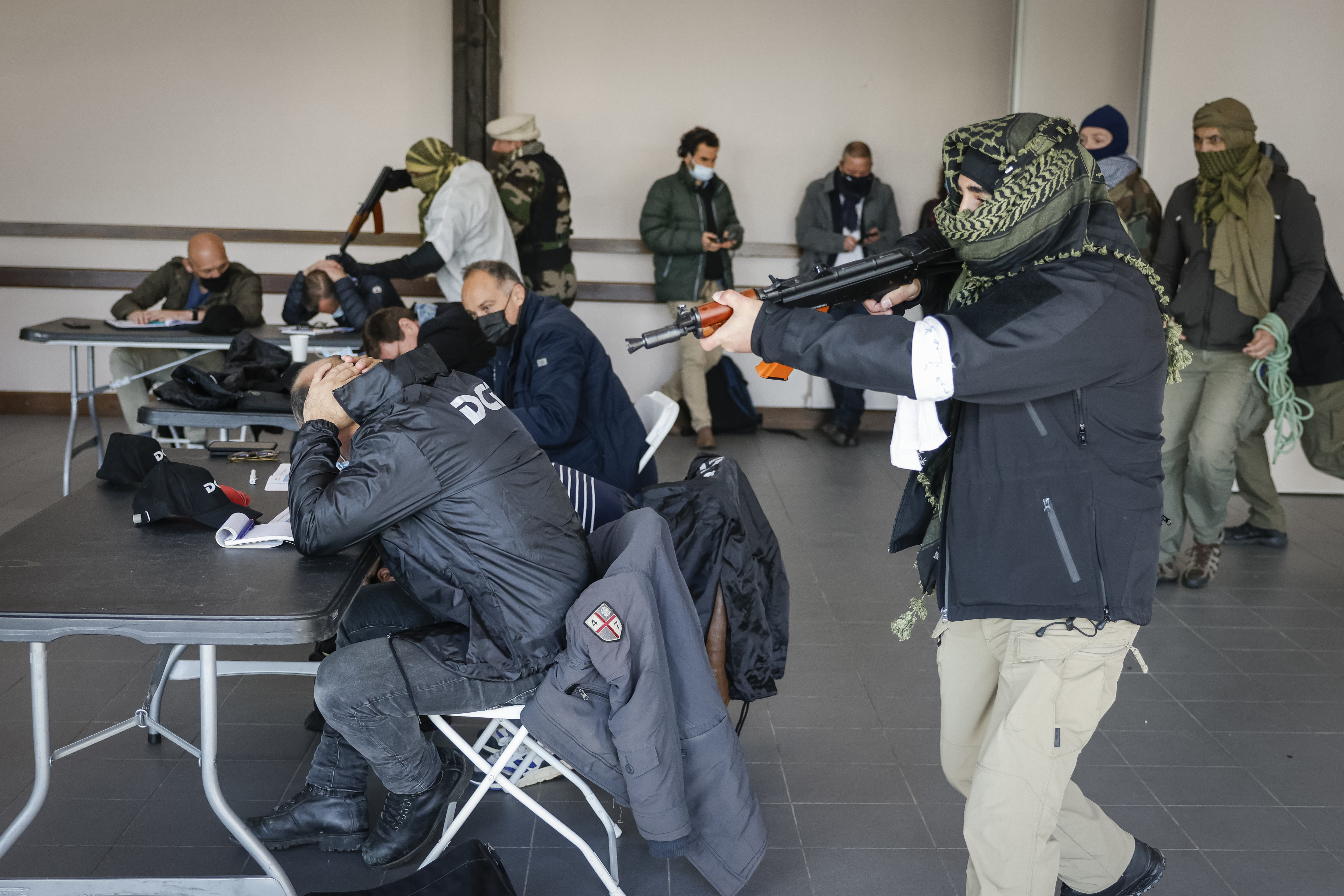 We are in Ile-de-France, in a rural place kept secret. This Monday morning, there are sixteen police officers and gendarmes seated wisely at school desks arranged in a square in a large room. Facing them, Raid trainers, instructors from the International Cooperation Directorate (DCI), a psychologist, agents of the intelligence services ... While a Raid negotiator announces the program of the upcoming celebrations, about ten hooded and armed men burst into the room under the explosion of firecrackers. Most of the men dive ashore but a few, surprised, remain unresponsive, as if dumbfounded. Everyone is quickly handcuffed to the ground and blindfolded before being dragged unceremoniously outside in single file along a rope.

Welcome to the “Crisogenic countries internship” for internal security attachés (ASI) and liaison officers, these representatives of the Ministry of the Interior abroad, responsible in particular for anticipating the risks and threats of external crises, contributing to the restructuring of the security and governance capacities of the countries concerned as well as the fight against international organized crime.

Since 2017, the DCI has offered a one-week training course to its agents leaving for sensitive countries on two-year missions, which can be extended for one or two years.

Handcuffed and blindfolded, the participants are unceremoniously led outside.

Countries in which social, political or terrorist groups can endanger the security of agents, but also members of the expatriate or passing French community.

Like the journalist Olivier Dubois whose kidnapping we learned on Wednesday morning, via a brief video in which the senior reporter explains having been kidnapped on April 8 in Gao in Mali (north) by the support group for Islam and Muslims (GSIM), the main jihadist alliance in the Sahel.

“There is no category of nationals more targeted than others but no one is safe in these countries, there is no immunity.

In this type of kidnapping, it is the ASI which acts on the spot as relay to the French authorities ”, explains Sophie Hatt, director of the active services of the national police force, director of the international cooperation.

The Ministry of the Interior currently has 73 ISAs covering a total of 153 countries and, as of September, all five continents.

"But only about twenty agents can participate, due to lack of space, in this non-compulsory but very popular course," explains Sophie Hatt.

Here there are only experienced police officers, security professionals, analysis who, likely to be confronted with hostage-taking, insurgency movements or attempts at destabilization, will have to react with blood. cold, even anticipating crises.

"The manager explains:" The goal of this training course is to give our agents the maximum number of tools: to detect and analyze an explosives device, to rescue an injured person from an attack, to carry out a counter-shadowing to free themselves from a surveillance… ”

This Monday, are present only men, aged between 36 and 60 years: three commissioners, including two divisionals, nine police officers and four gendarmes, including a colonel and three lieutenant-colonels.

Previously passed through elite services, they all volunteered to leave.

From the end of the summer, they will return to their posts in Afghanistan, Comoros, Djibouti, Venezuela, Colombia, South Africa, Burkina Faso, Lebanon, Egypt, Mauritania or even… in Mali.

The purpose of this stressful internship is to allow officers to anticipate this kind of event with coolness.

"I know the risks that one can run in this country but my interest for this geographical area and the problems which are attached to it take precedence over the danger", explains the police commander leaving for Bamako, who wishes to remain anonymous for security reasons. The civil servant, who has already worked in Lebanon, will leave for Mali without his family. "The country is in the red zone, we cannot leave Bamako", specifies this former Raid, whose movements outside the embassy will be under the protection of agents of the intervention forces.

In the meantime, the police officer must bow this Monday to the will of his false kidnappers and torturers, who are trying to place him in a situation of stress and vulnerability.

To create an anxiety-inducing atmosphere, large speakers broadcast bursts of Kalashnikovs, the noise of trains, the barking of dogs.

The hostages are dragged roughly, knelt on pebbles, pushed to the ground.

The survival instinct takes over

One after the other, they are taken to a yurt, “workshop 1”, to undergo a grueling interrogation where screams mingle with death threats.

"What are you doing in our country?

»Shouts one of the« kidnappers »to the police commander soon to be stationed in Mali.

The official chose to respond by being the closest to reality: he works at the embassy, ​​he lives alone, he has no family.

Others, on the contrary, try to invent a "legend" with varying degrees of success.

"I am a sports educator," claims a commissioner.

"You lie, we saw you, we followed you, you have a driver who brings you every morning and comes to pick you up every evening, you are a spy, you will regret having lied to us.

The agents must read under threat a text written by the "kidnappers".

The hostages are then led blindfolded into a second yurt, the second “workshop” where, tied to a chair, their hands behind their backs, they have to read in front of the camera a text entitled “Blessed attack against crossed France”. "France and those like us who follow its path must know that they remain the main targets of the Islamic State and that they continue to smell the smell of death for having taken the head of the crusade, for having dared to insult the prophet, fight Islam in France and strike Muslims in the land of the Caliphate ”, continues a hostage, lieutenant-colonel of the gendarmerie. Sometimes the tongues split, and the words collide. This greatly displeases the kidnappers who redouble their howls.

As stress and fatigue progress, facial features harden, behaviors fluctuate. A lieutenant-colonel tries to escape but is immediately caught. "I prefer to die than to suffer," the soldier explained. A first since the creation of the internship. "It surprised us, it is not necessarily the right strategy, but it is the survival instinct that speaks", comments the negotiator of the Raid. Another trainer specifies: “Above all, you have to try to avoid attracting attention and anger. The first hours are crucial to stay alive, what is important is to try to memorize as much detail as possible to restore them later ”, explains a DCI shooting trainer.

In the afternoon, a debriefing will be held which we will not be able to attend. "There are keys that we cannot reveal", explains the Raid negotiator.

Ultra-resistant, secure and ... French: here is the new smartphone for police and gendarmes 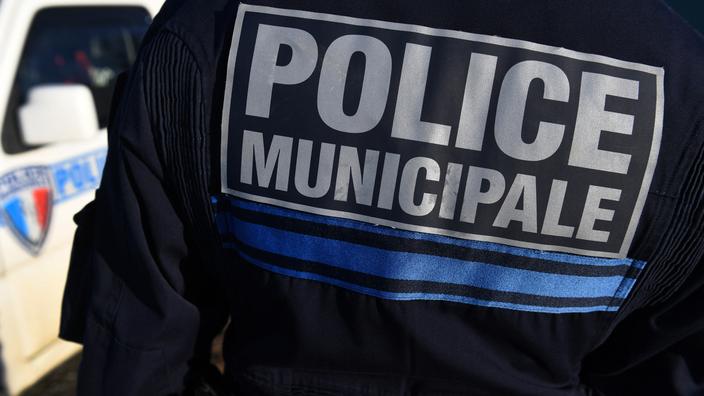 Paris municipal police disarmed: "We refuse to ensure the safety of those who protect us" 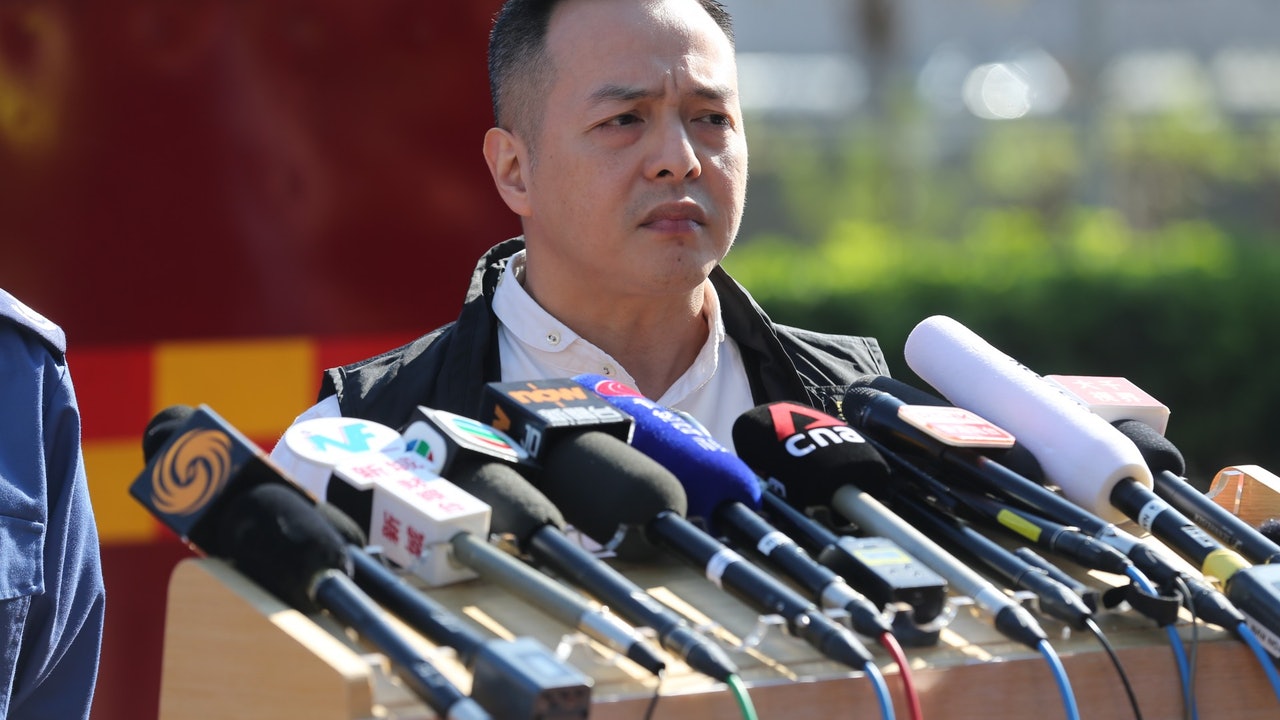 OM-Rennes postponed: the story of a day marked by the violence of Marseille fans 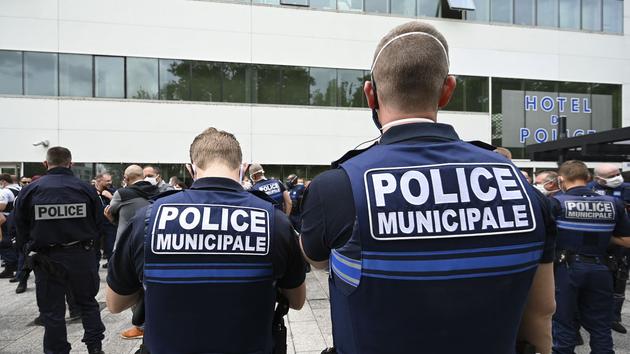 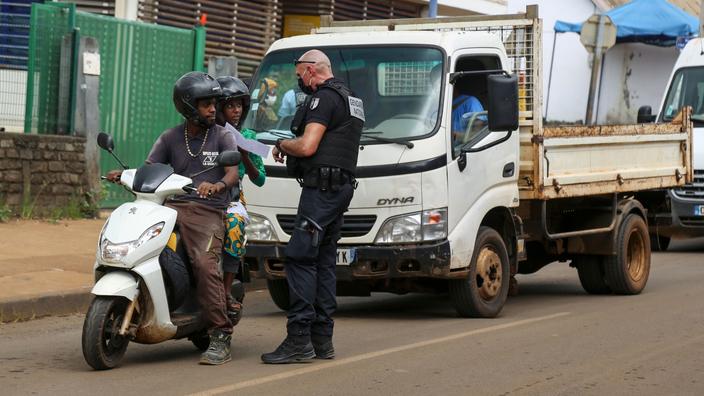 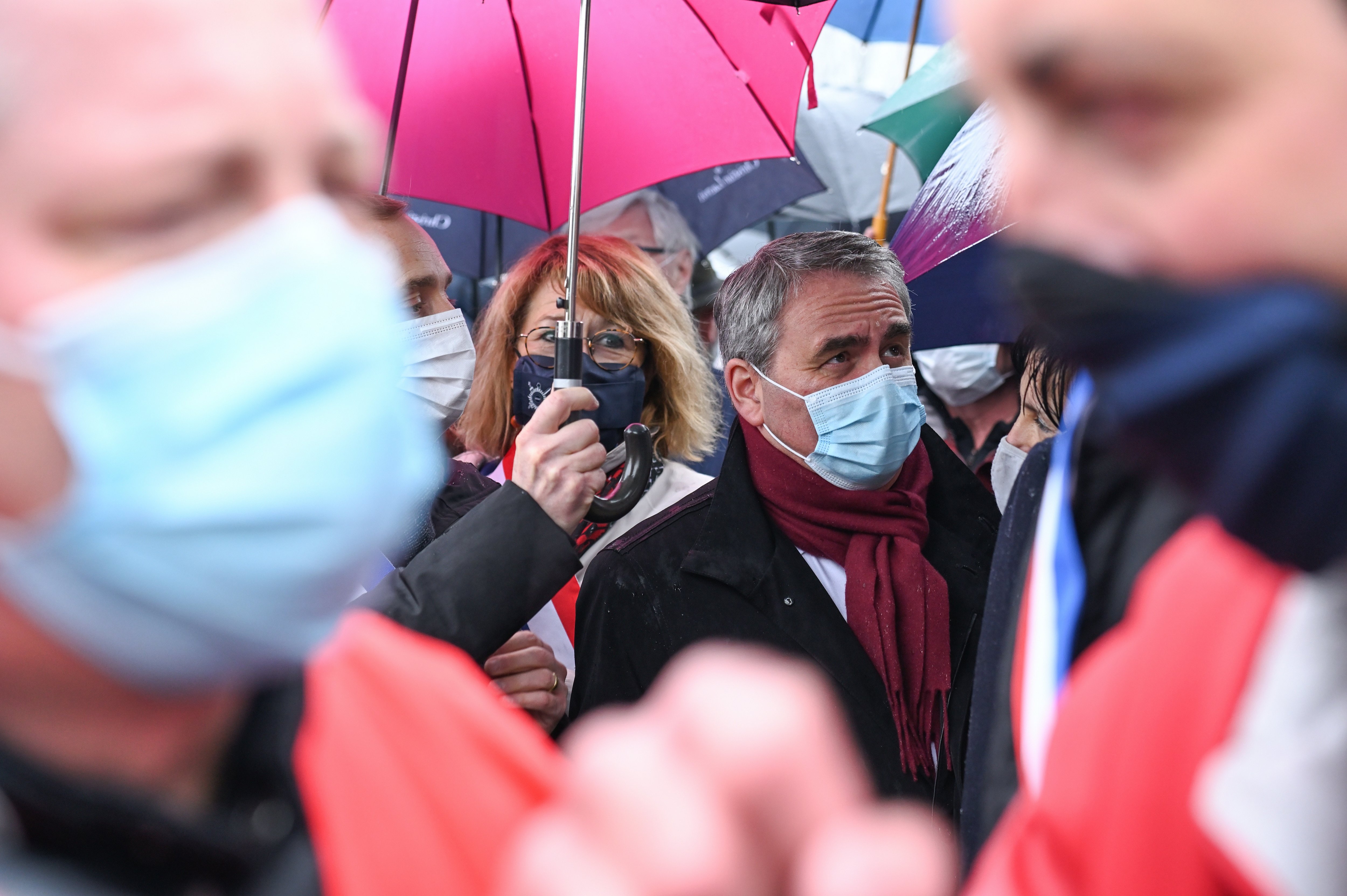 The Ministry of Communications has stated: The split between the infrastructure and the supplier will be eliminated - Walla! TECH 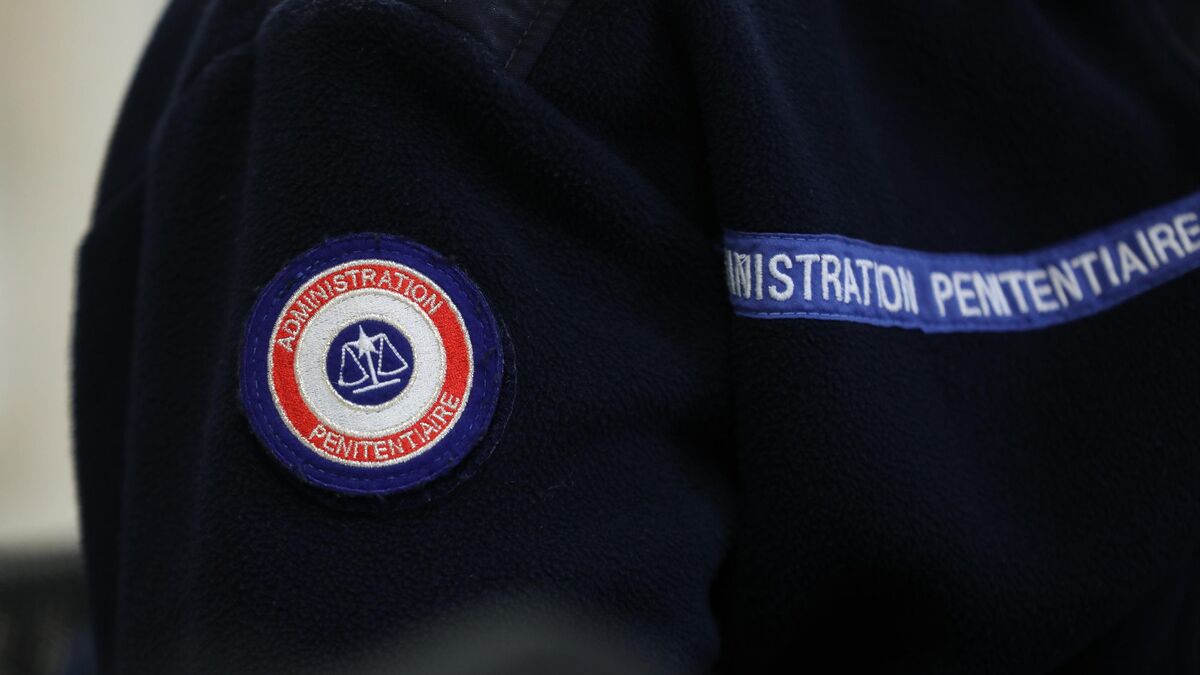