WhatsApp: Messenger wants users to agree to the new terms of use as soon as possible

The deadline that WhatsApp has set its users to check the new terms of use will soon expire. The Facebook subsidiary reminds of this with a pop-up that could surprise some. 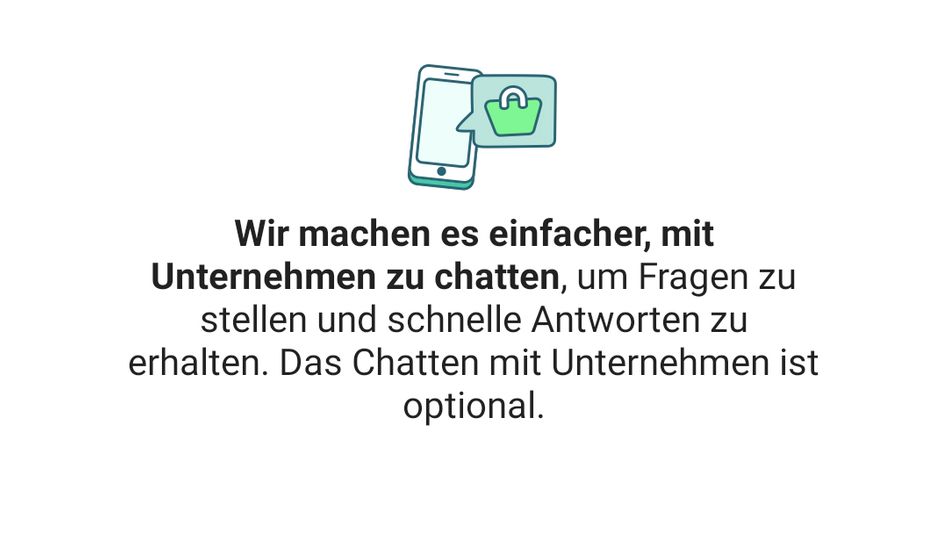 Pop-up in WhatsApp: The decision is pending

WhatsApp is reminding itself once again: A pop-up will remind users from Germany who have not yet done so to promptly agree to the messenger's new terms of use.

"We are updating our terms of use and data protection guidelines" says the message that is placed over the chat overview that is otherwise to be seen first.

The new terms of use were supposed to apply from February 8th.

After massive protests against the change, some of which were based on misunderstandings, WhatsApp gave its users more time to deal with the adjustments, which the Facebook subsidiary had previously explained rather inadequately.

Even now the question arises to what extent WhatsApp is really concerned that its users understand the revised or even only the previous rules, for example on data transfer of the messenger.

In any case, the new pop-up looks as if the service is speculating that you can click "Next" and "Agree" as quickly as possible in the style of a yes and amen.

"It is our responsibility to explain what we are changing," the messenger announces on the first pop-up page, with a very short link to an overview page of the rule changes: "That is why we offer more information here." On an Android device from SPIEGEL, this message was only visible when you scroll down and not - which would be more obvious for most people - click on "Next" to go to the next page indicated by a second point .

Yeah, really, there's another point down there

The first two messages from WhatsApp are likely to stick:

On the second page of the pop-up, WhatsApp emphasizes, including the emphasis: "We are

the privacy of your personal chats," and the company also links there to the new terms of use and the new data protection guideline.

There is also talk of "more information" about how WhatsApp works.

However, Messenger still does not make it easy for its users to find out, for example, what data WhatsApp shares with other Facebook companies.

Such information is still scattered in different texts and difficult to understand.

On What Apps recent review page on the amendments states:. "Your agreeing to the new terms are WhatsApp no additional permissions, user information with our parent company Facebook to share" Analogous to "change anything" could have been to emphasize one point here: "

To relieve you of the search work: An information page that shows that WhatsApp has been sharing data such as telephone number and device ID as well as some user information with other Facebook companies for a long time can be found here. On that page, however, it also states that Facebook

data shared by WhatsApp in Germany

to improve “your product

The fact that WhatsApp's terms of use kept referring to other information pages annoyed Klaus Palenberg at the end of January.

"It is not centrally said at one point: We will do that, not that," said the data protection expert from the NRW consumer organization at the time to SPIEGEL.

“A lot is kept open.

Even those who are familiar with data protection law have to read many passages three times. "

The pop-up can still be clicked away

The messenger's new pop-up makes one thing clear: If you want to continue using WhatsApp as usual after May 15, you have no choice but to agree to the changes by this date.

Otherwise your own account will not be deleted (approval is still possible after May 15th), but in practice it becomes more or less unusable.

On a WhatsApp info page it says: "You will receive calls and notifications for a short time, but you can neither read nor send messages in the app."

WhatsApp only shows its users a single button at the end of the pop-up: »Agree«.

A button inviting to postpone the decision like "Not now", which was still available in January, is missing this time.

If you still don't want to make your decision immediately, you can at least click on an X in the top right and close the pop-up.

You still have a few days to think about it. New compulsory service on Whatsapp: Anyone who does not agree will be kicked out of the chat app in February

Compulsory service on Whatsapp: If you don't agree, you're thrown out of the messenger - time for an alternative? WhatsApp forces users to update: Erdogan does without - and sends alternative recommendations in Messenger

Forced update on WhatsApp? Surprising U-turn after wave of protests